This article illustrates how to use the negative binomial functions in the R programming language.

Sound good? Here’s how to do it…

Example 1 explains how to create an R graphic showing the negative binomial density. As a first step, we need to create a sequence with non-negative integers in R:

Now, we can use the dnbinom R function to return the corresponding negative binomial values of each element of our input vector with non-negative integers. Note that we are using a size (i.e. number of trials) and a probability of 0.5 (i.e. 50%) in this example:

Based on the plot function of the R programming language, we can create a graph showing our output: 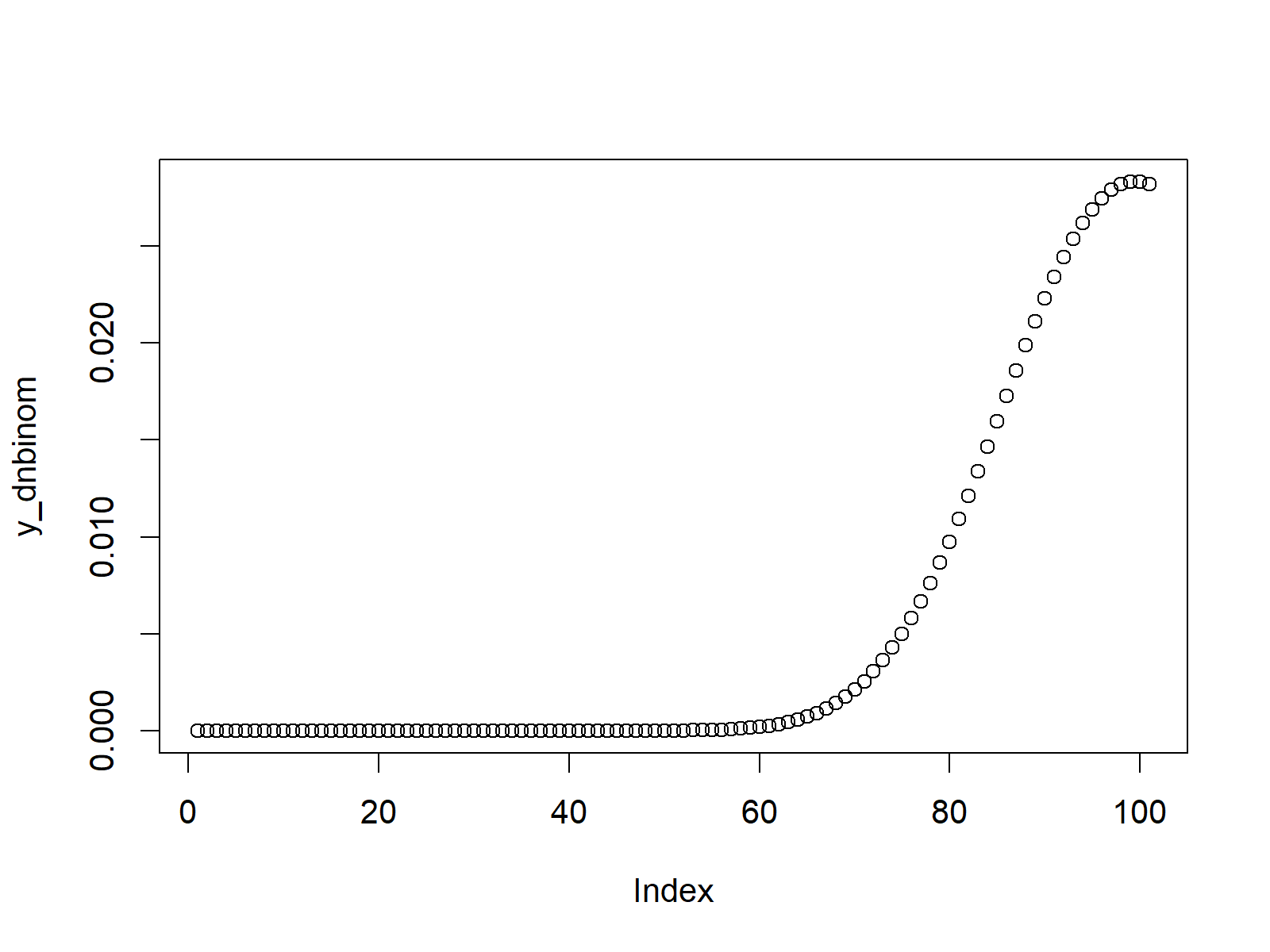 In the second example, I’ll show you how to plot the cumulative distribution function of the negative binomial distribution based on the pnbinom command.

Again, we need to create a sequence on non-negative integers as input for the pnbinom function:

The pnbinom function is now applied as follows…

…and we can create a plot illustrating the output of pnbinom as follows: 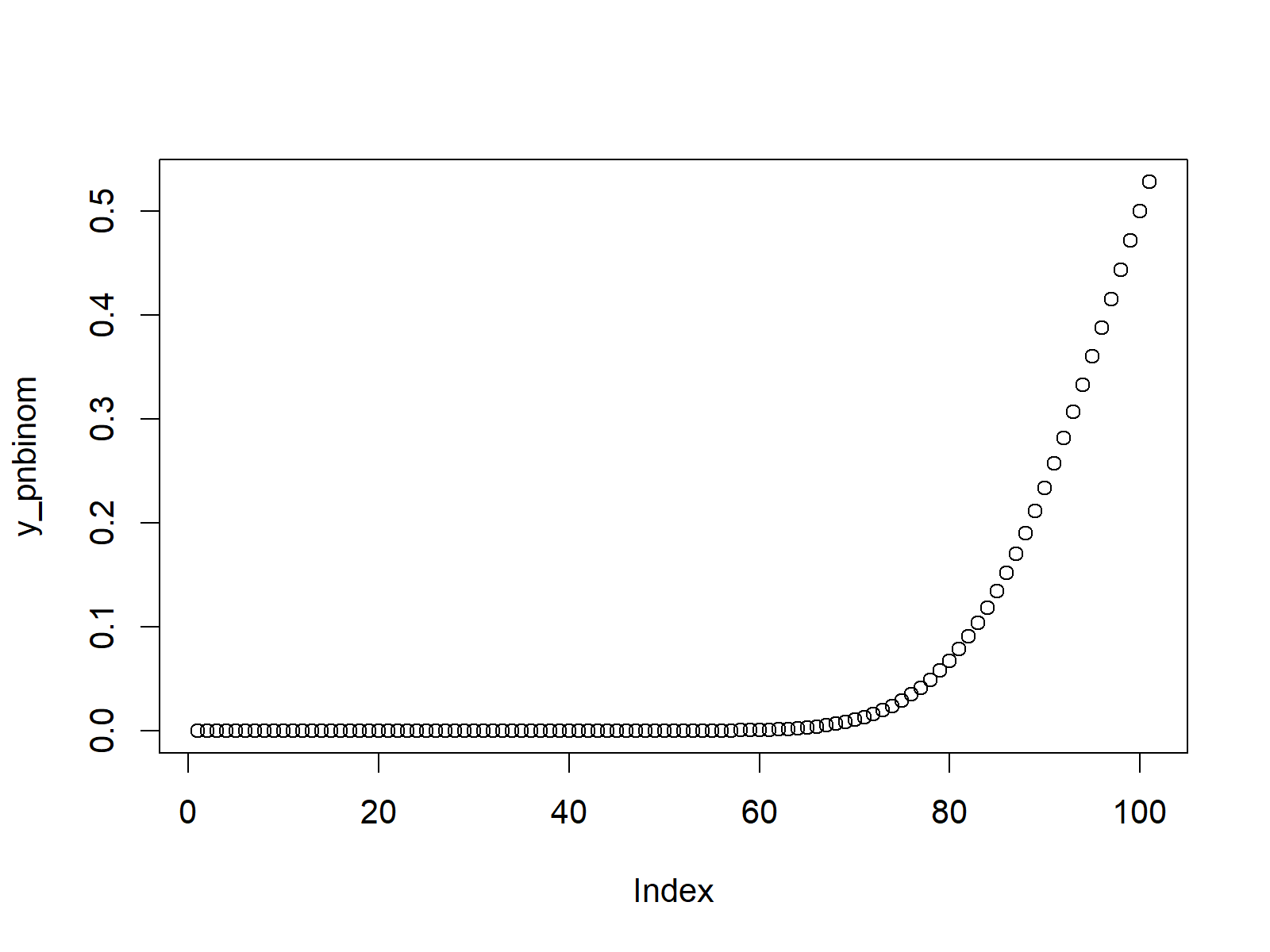 Similar to the R syntax of Examples 1 and 2, we can create a plot containing the negative binomial quantile function. As input, we need to specify a vector of probabilities:

We can now apply the qnbinom function to these probabilities as shown in the R code below:

A plot of the output of qnbinom can be created as follows: 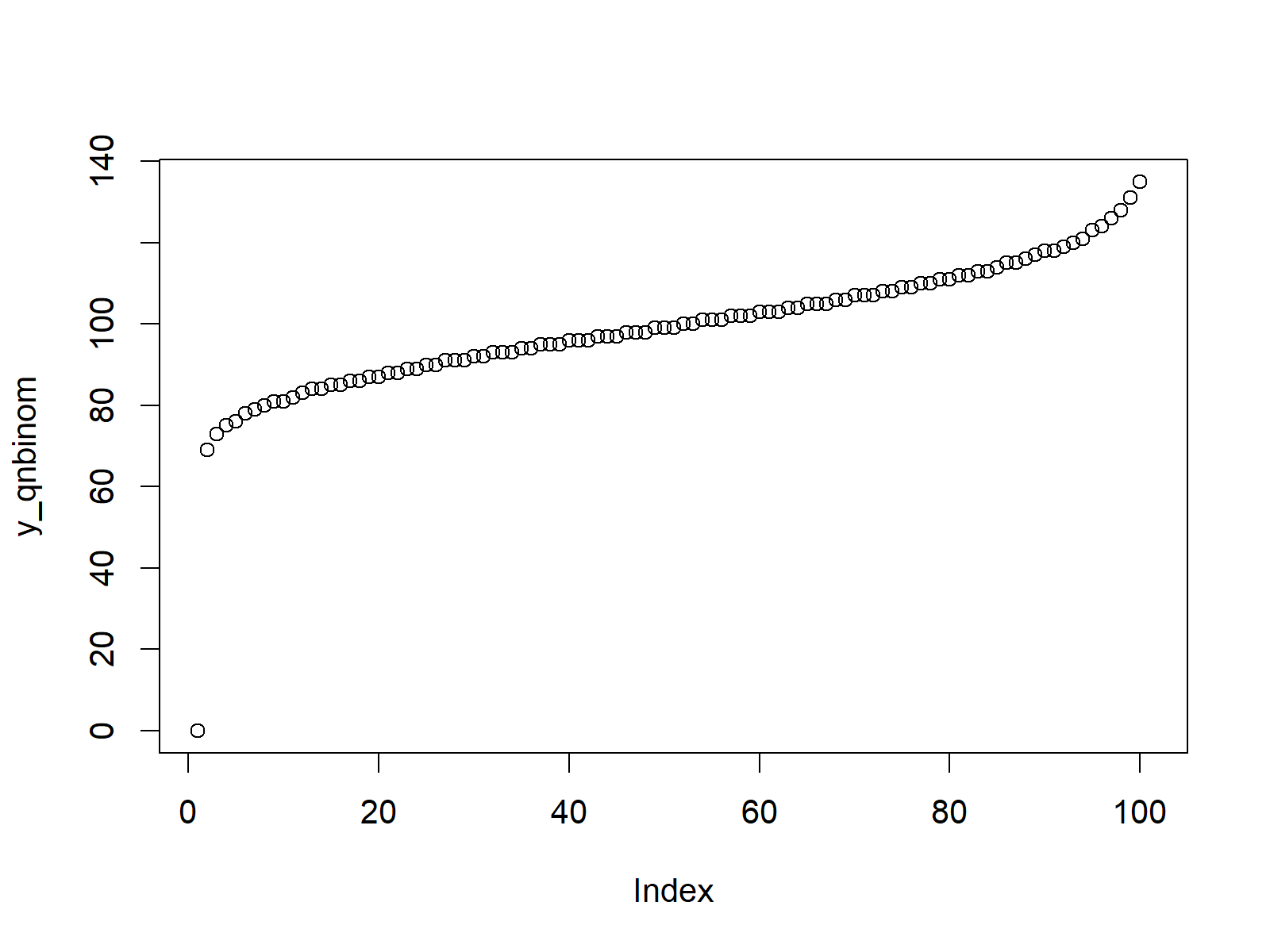 In order to generate a set of random numbers that are following the negative binomial distribution, we need to specify a seed and a sample size first:

We can now draw a set of random numbers of this sample size as follows:

The following histogram illustrates the RStudio output of our previous R code: 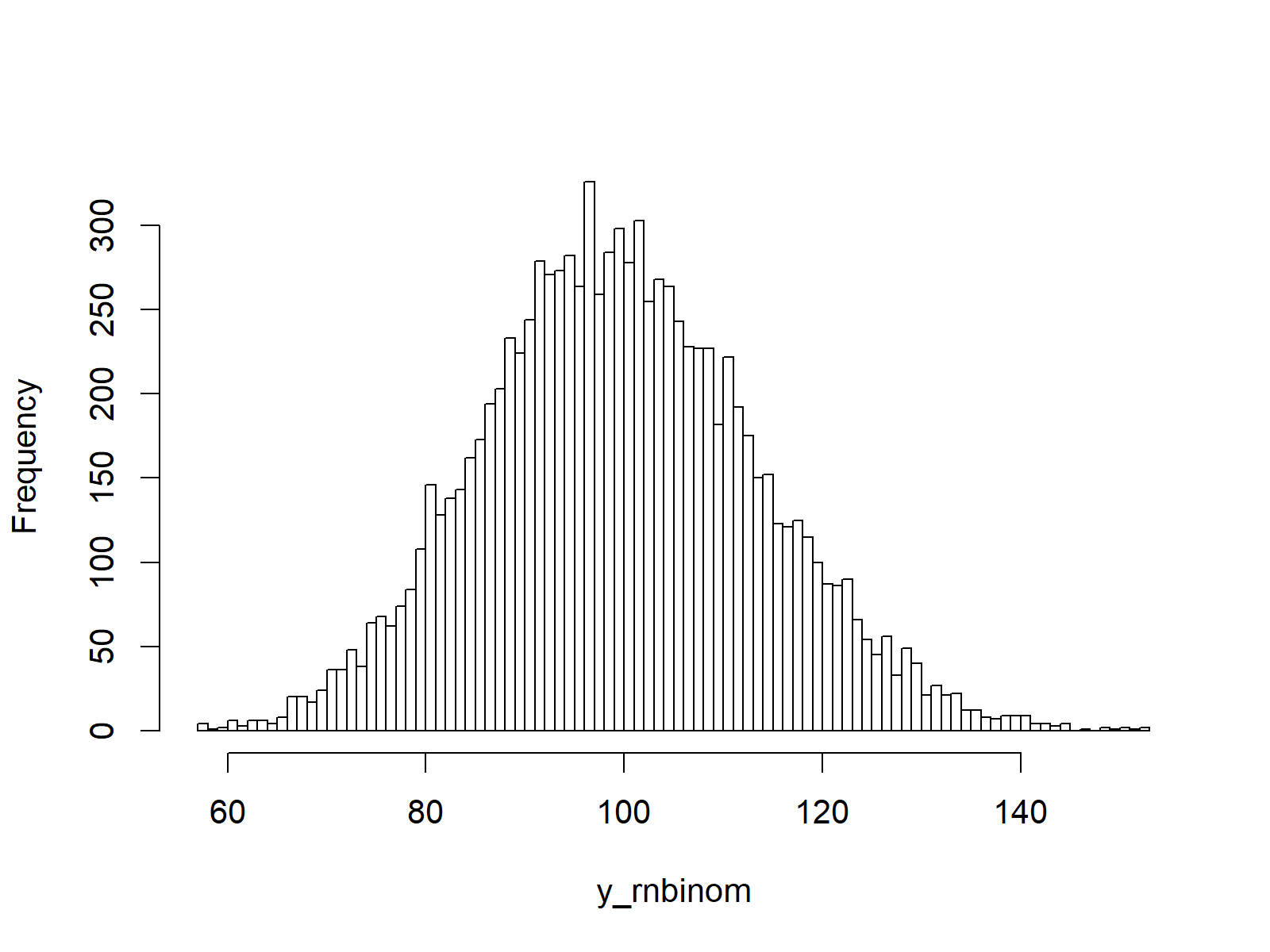 Figure 4: Simulation of Random Numbers Based on Negative Binomial Distribution.

Have a look at the following video of my YouTube channel. In the video, I explain the R code of this article:

You may also have a look at the other articles on probability distributions and the simulation of random numbers in the R programming language:

Besides that, you could have a look at the other tutorials on my homepage. A selection of posts can be found here.

This article showed how to create and simulate a negative binomial distribution in the R programming language. Don’t hesitate to let me know in the comments section below, if you have additional questions. 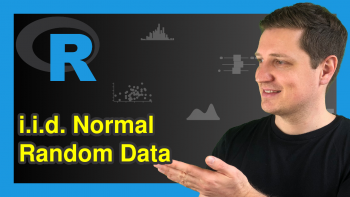 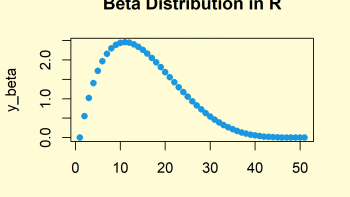