In this R tutorial you’ll learn how to apply the logistic functions.

The article contains this information:

Let’s start with the density of the logistic distribution in R. First, we have to create a sequence of quantiles:

Then, we can insert these quantiles into the dlogis function as you can see below:

To visualize the output of the dlogis function, we can draw a plot of its output: 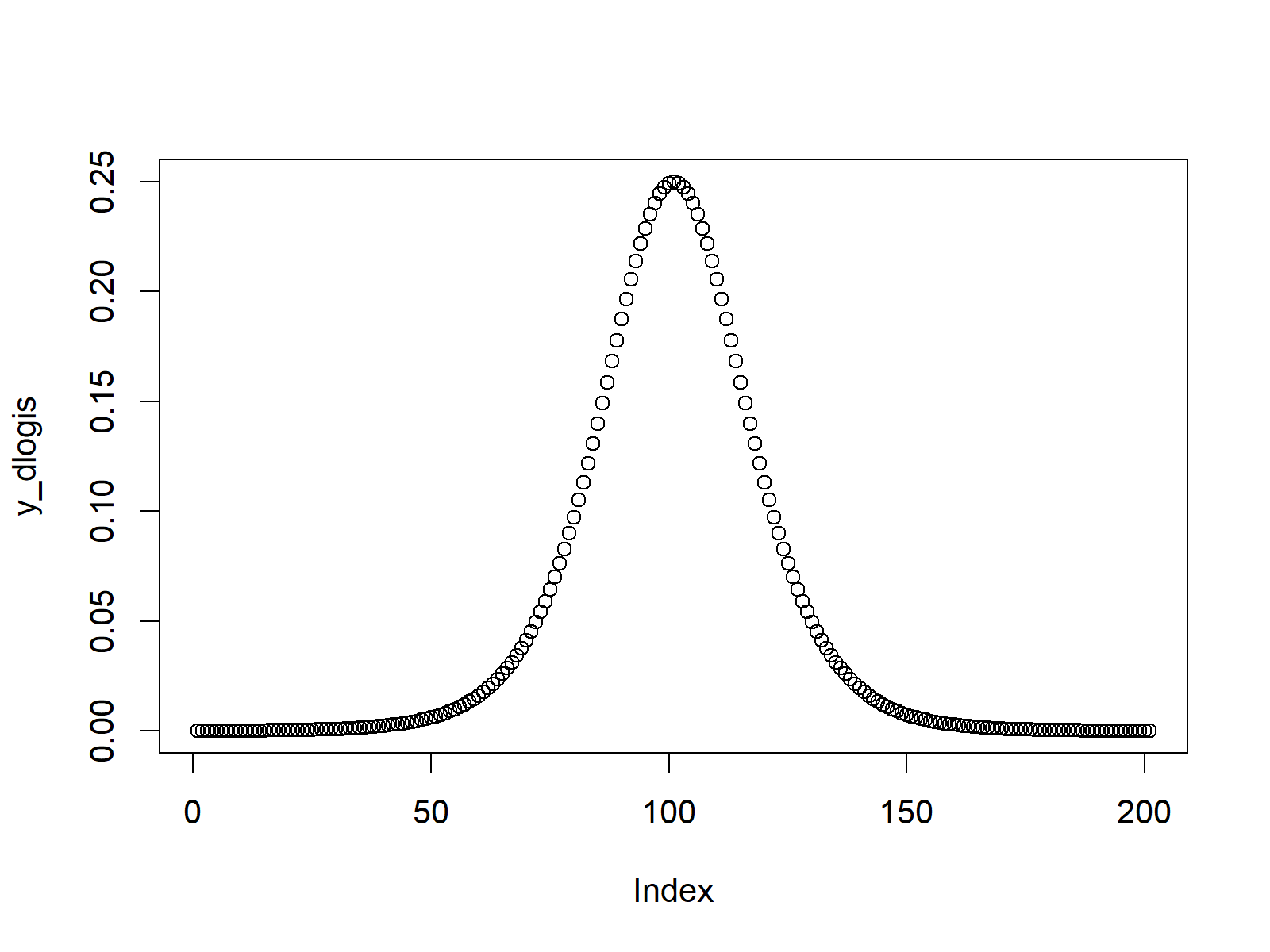 In Example 2, we’ll create a plot of the logistic cumulative distribution function (CDF) in R. Again, we need to create a sequence of quantiles…

…that we can use as input for the plogis function:

With the plot function, we can illustrate the output of plogis: 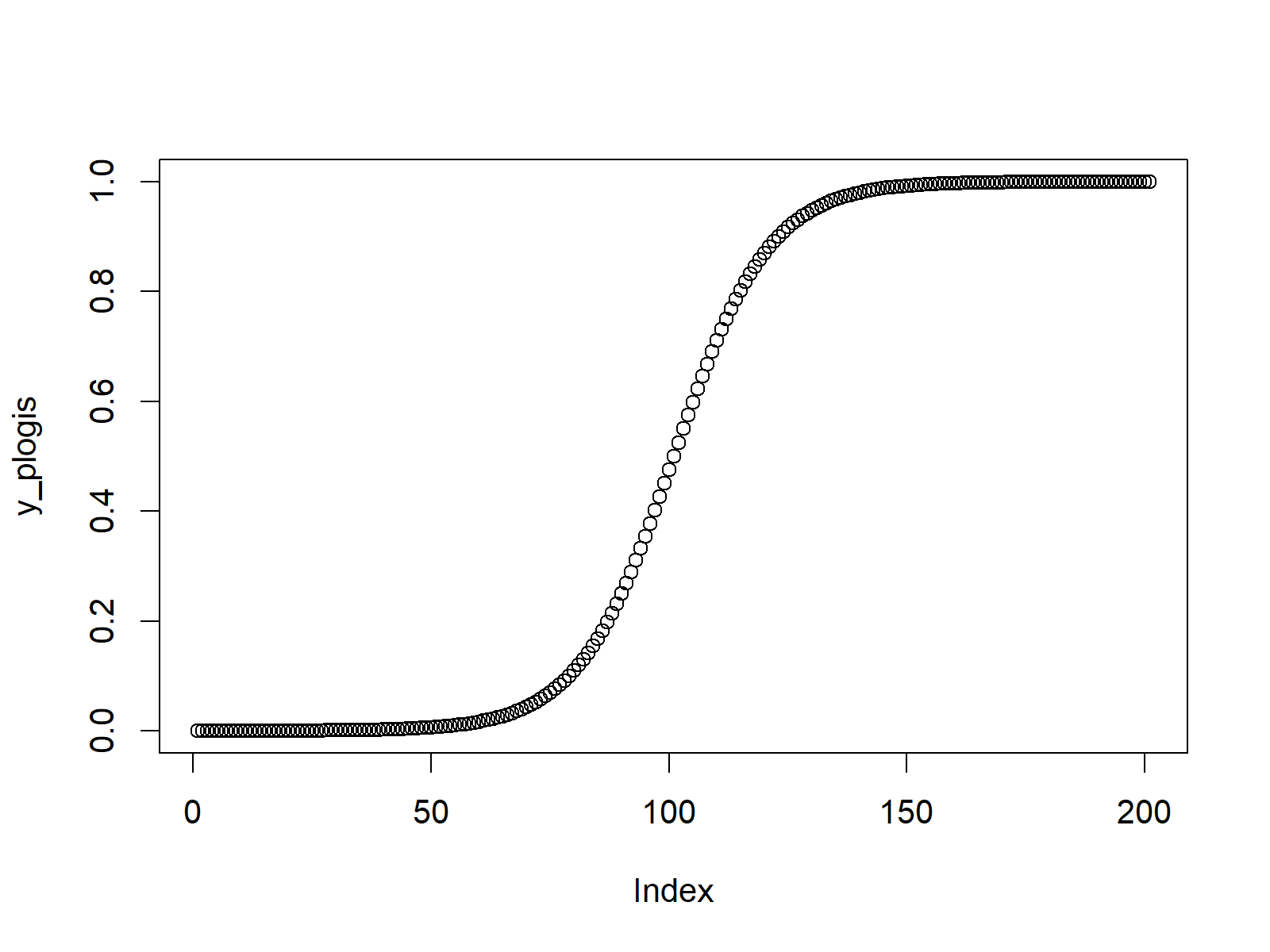 The R programming language also provides a command for the logistic quantile function. This time we need to create a sequence of probabilities as input:

Now, we can use the qlogis R command to create the logistic quantile function:

As in the previous examples, we can illustrate the output with the plot function: 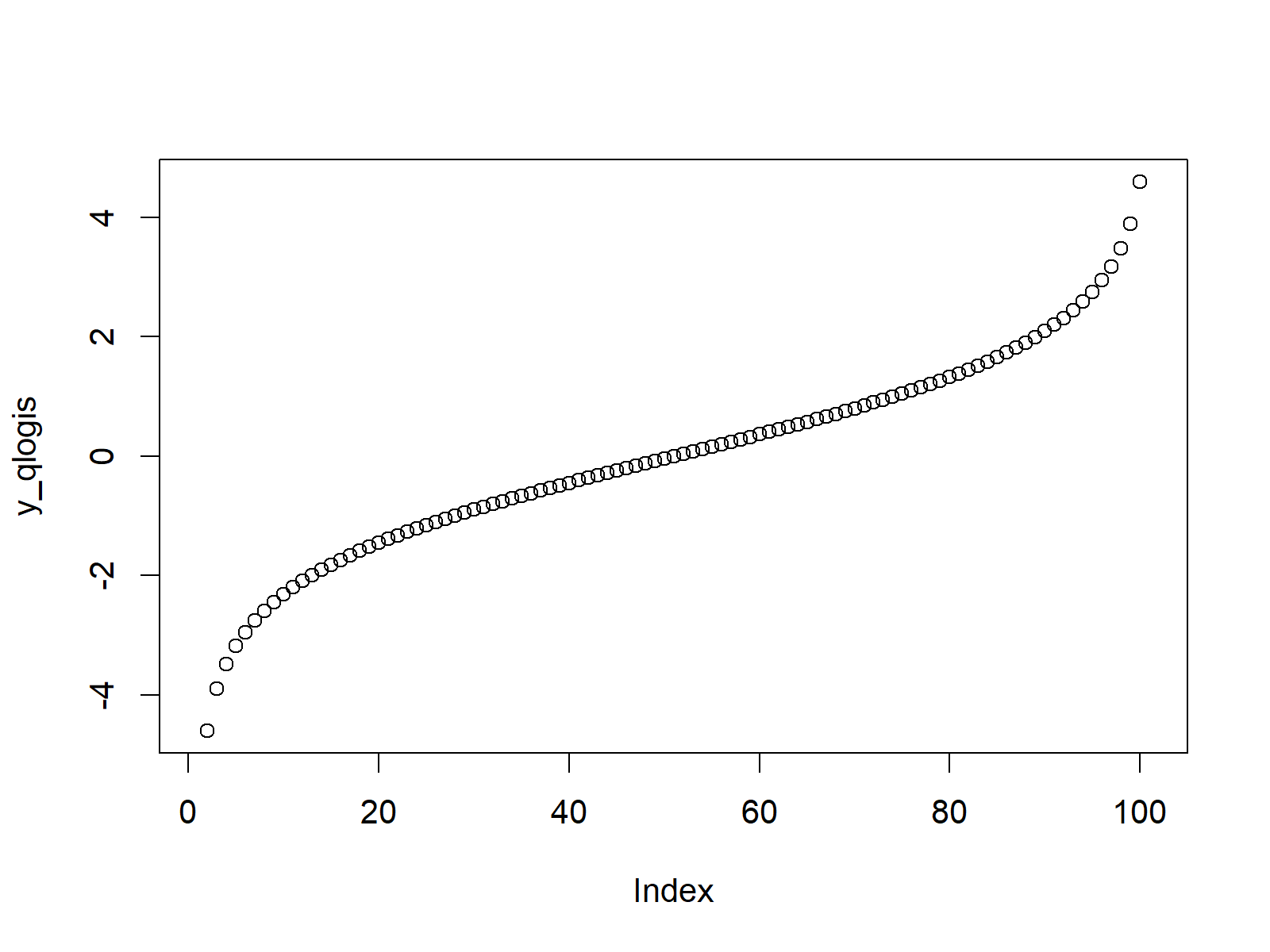 Now, we can apply the rlogis function to draw a set of random numbers:

The following histogram shows the output of rlogis: 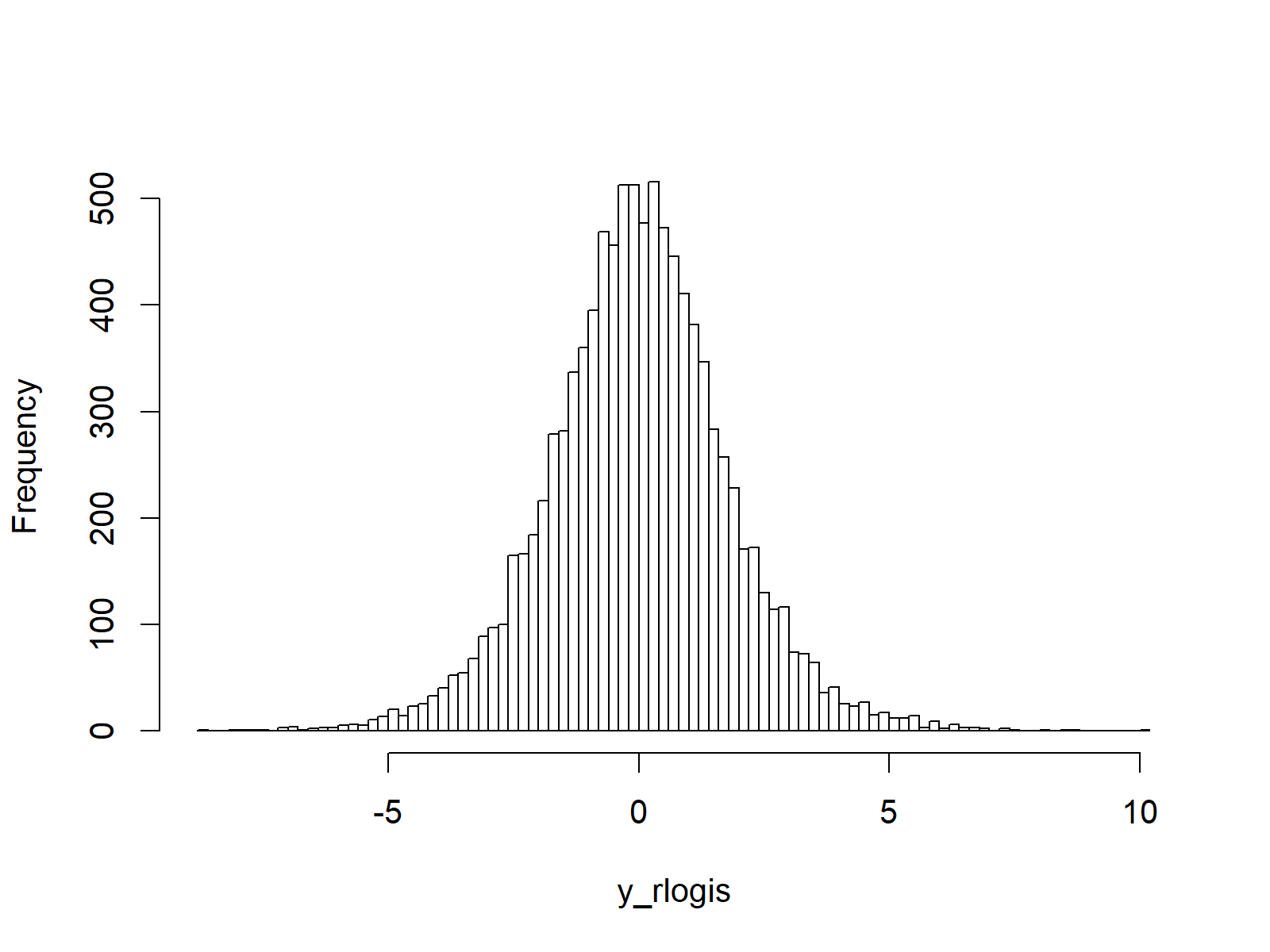 Would you like to know more about the logistic distribution in R? Then you may want to have a look at the following video of my YouTube channel. In the video instruction, I explain the content of this tutorial in RStudio.

You could also have a look at the other tutorials on distributions and the simulation of random numbers in R:

Besides the video, you could have a look at the related tutorials on this website. A selection of tutorials is listed here:

To summarize: At this point you should know how to draw and simulate a logistic distribution in the R programming language. In case you have further comments and/or questions, tell me about it in the comments section. 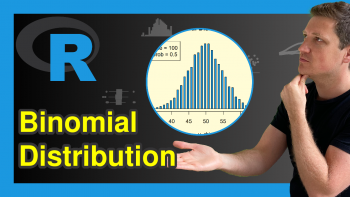 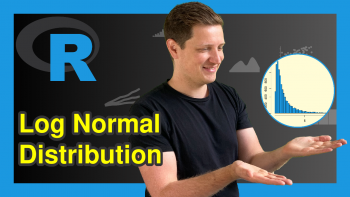