This tutorial explains how to use the plot() function in the R programming language.

The page consists of these topics:

First, we need to create some example data that we can use in the examples later on:

In the first example, we’ll create a graphic with default specifications of the plot function. We simply need to specify our x- and y-values separated by a comma: 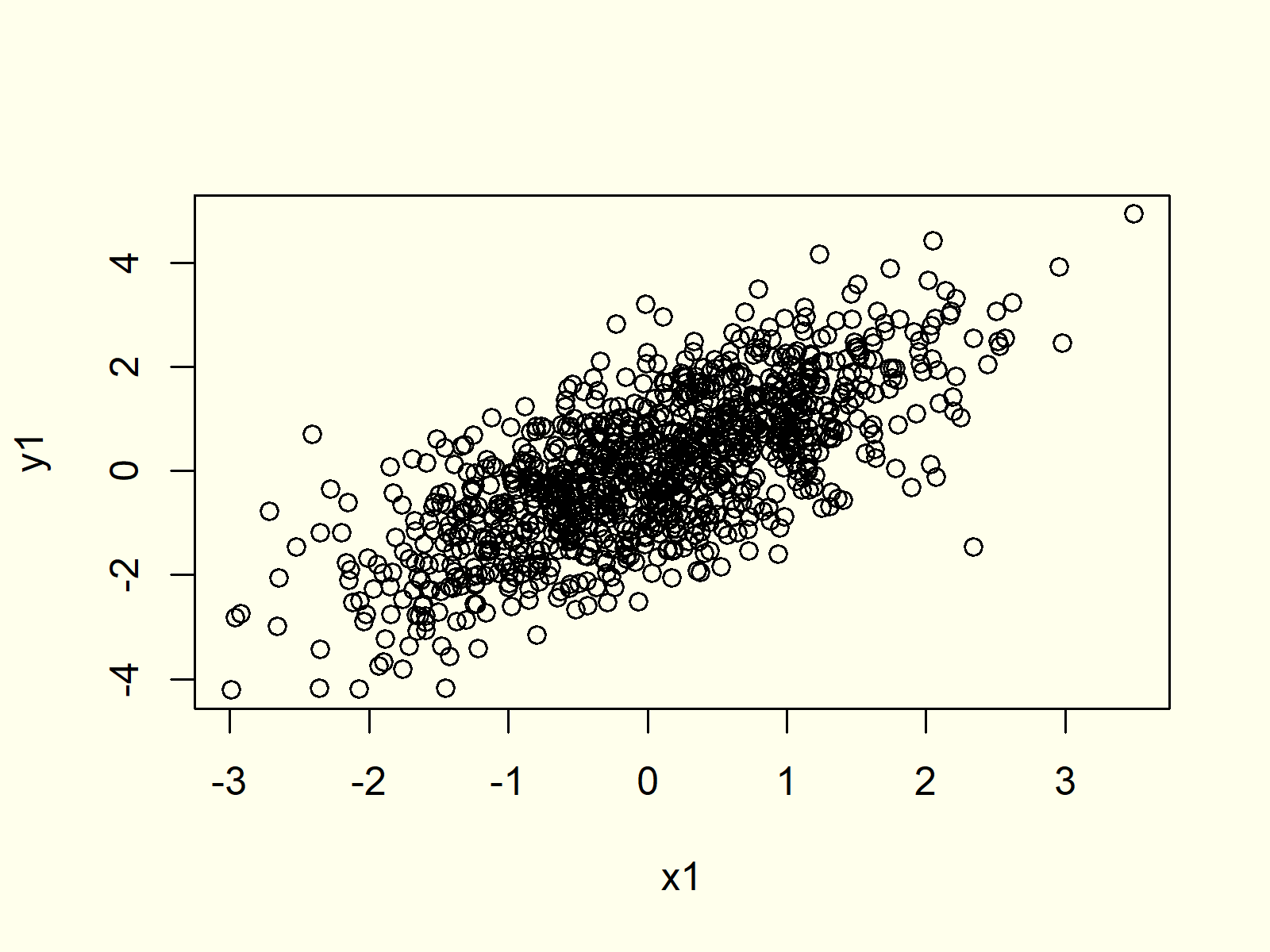 Figure 1 shows the output of the plot function: A scatterplot of our two vectors.

We can also draw a regression line to our scatterplot by using the abline and lm R functions: 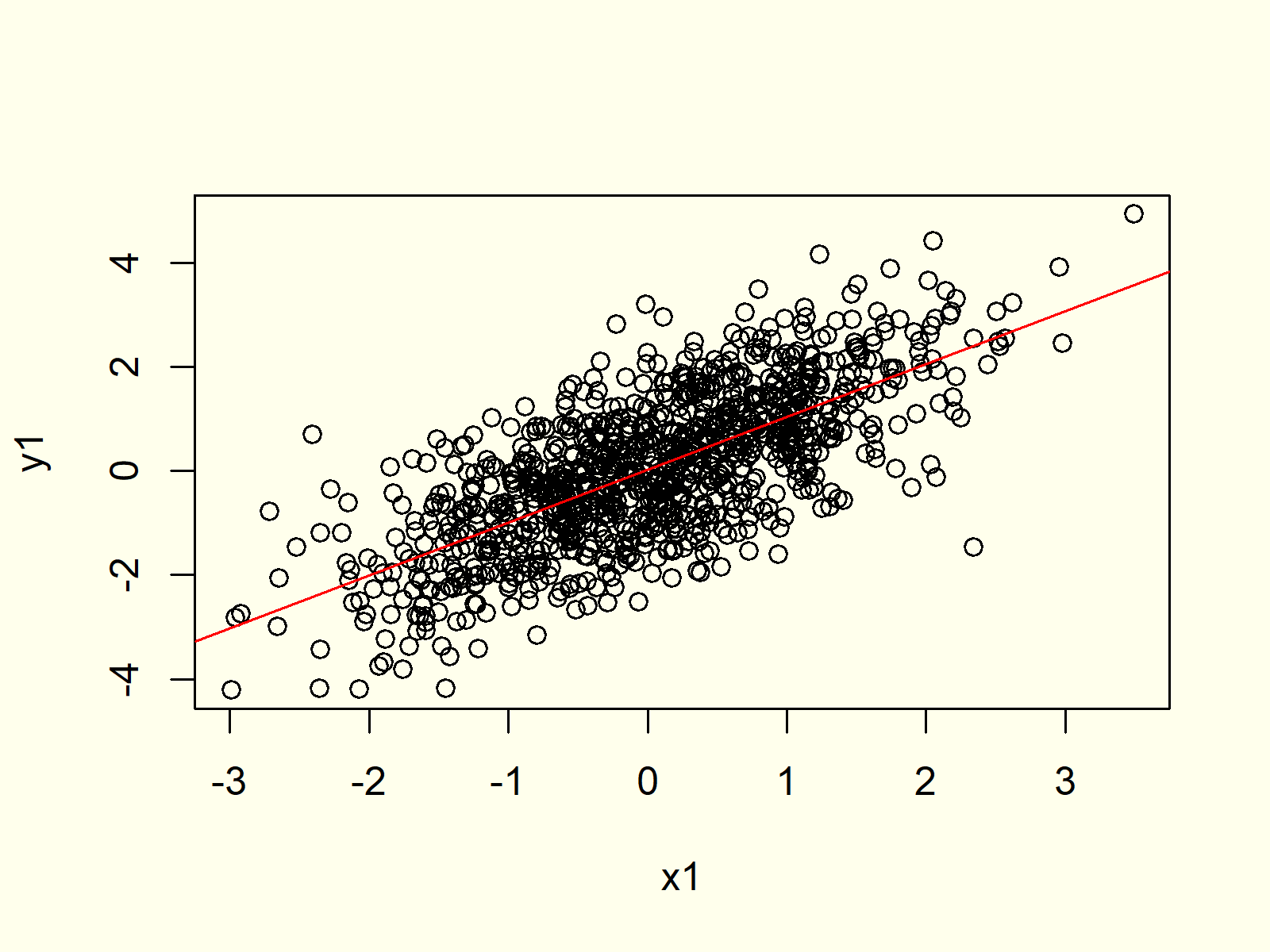 Figure 2 shows the same scatterplot as Figure 1, but this time a regression line was added.

In combination with the density() function, the plot function can be used to create a probability density plot in R: 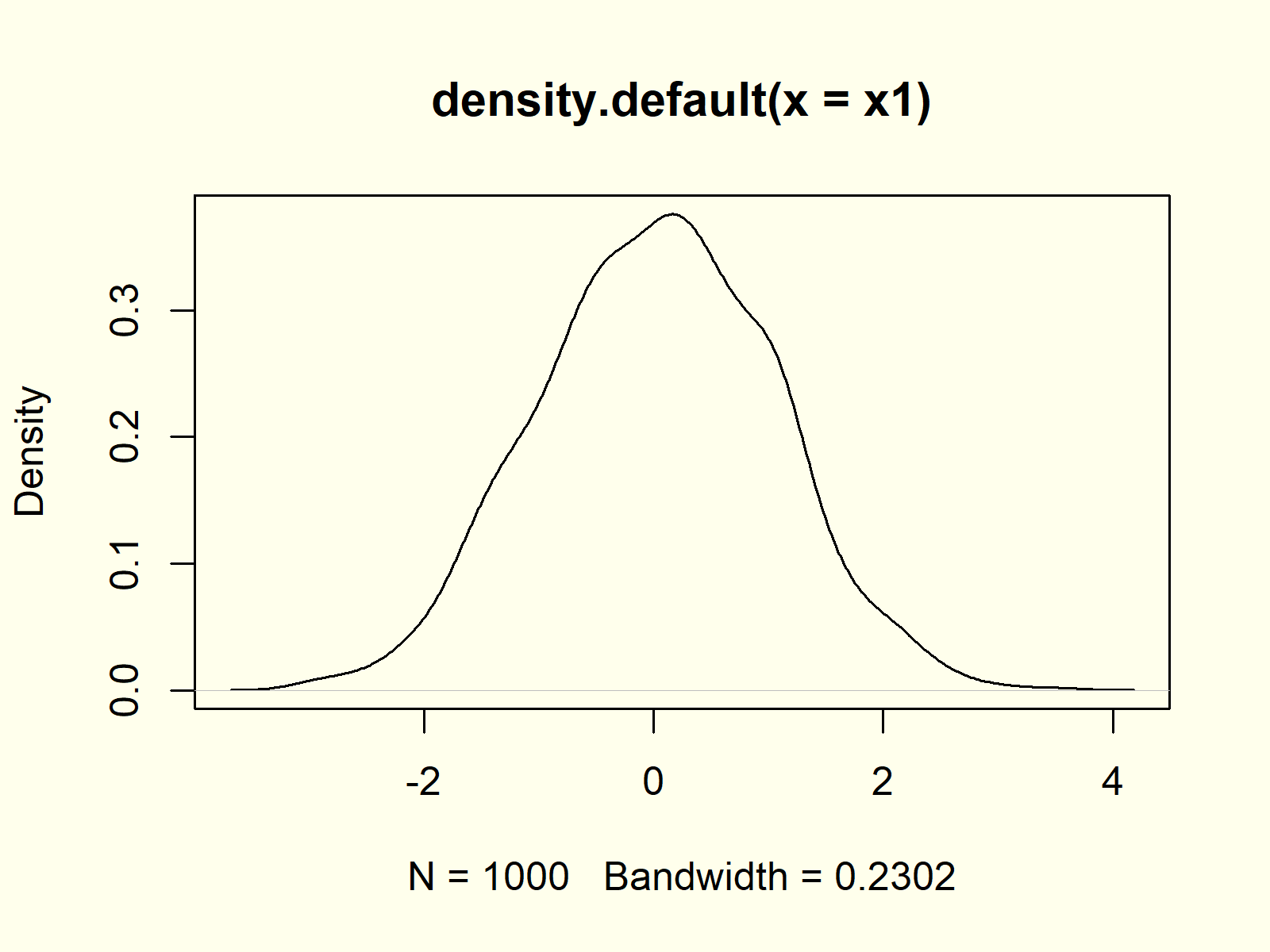 Figure 3 shows that our variable x is following a normal distribution. The small peaks in the density are due to randomness during the data creation process.

If we replace the plot() function with the lines() function, we can add a second density to our previously created kernel density plot. Have a look at the following R code: 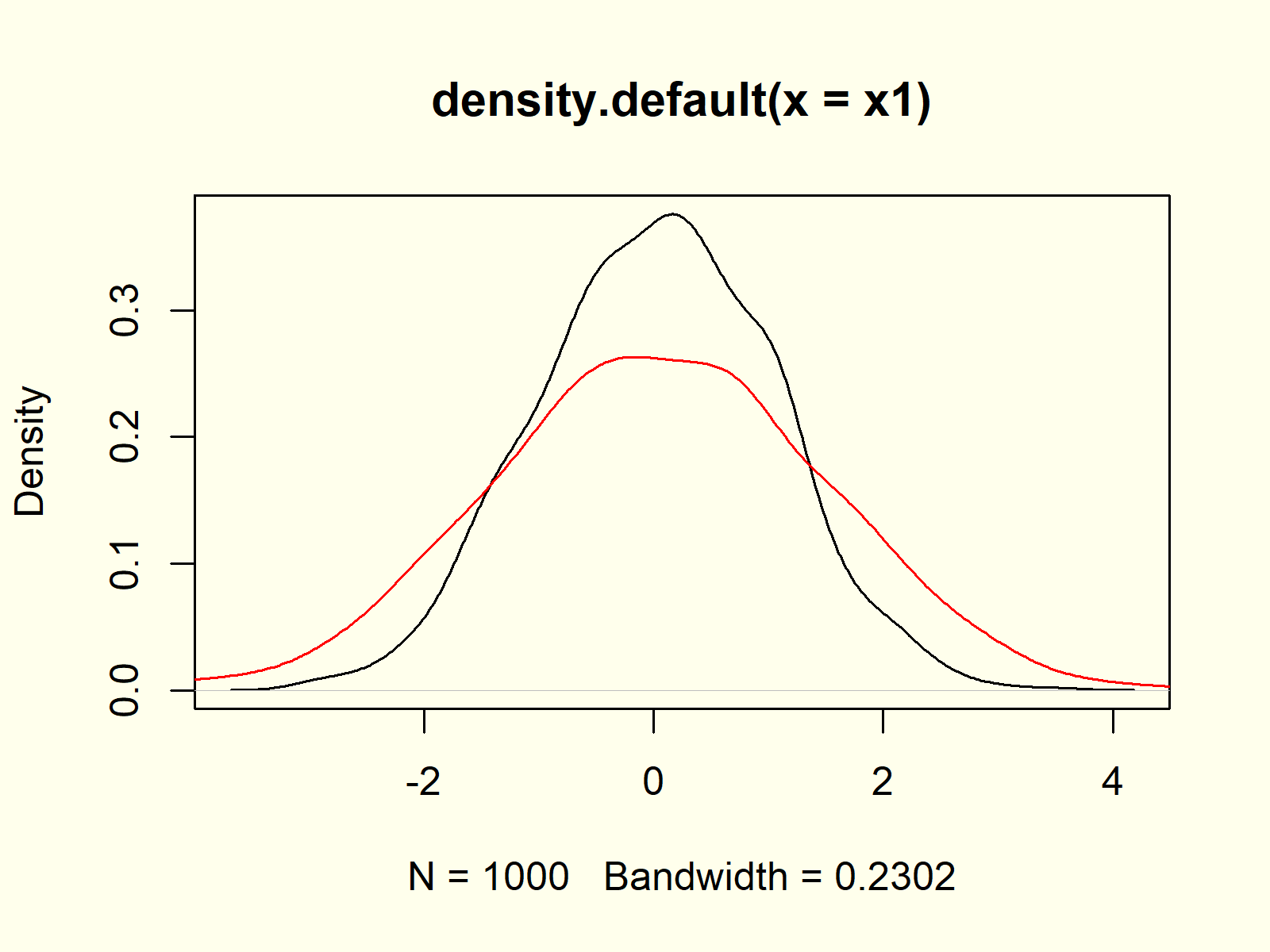 The plot function provides many arguments for the modification of its parameters. For instance, we can change the main title and the axis labels of our plot as follows: 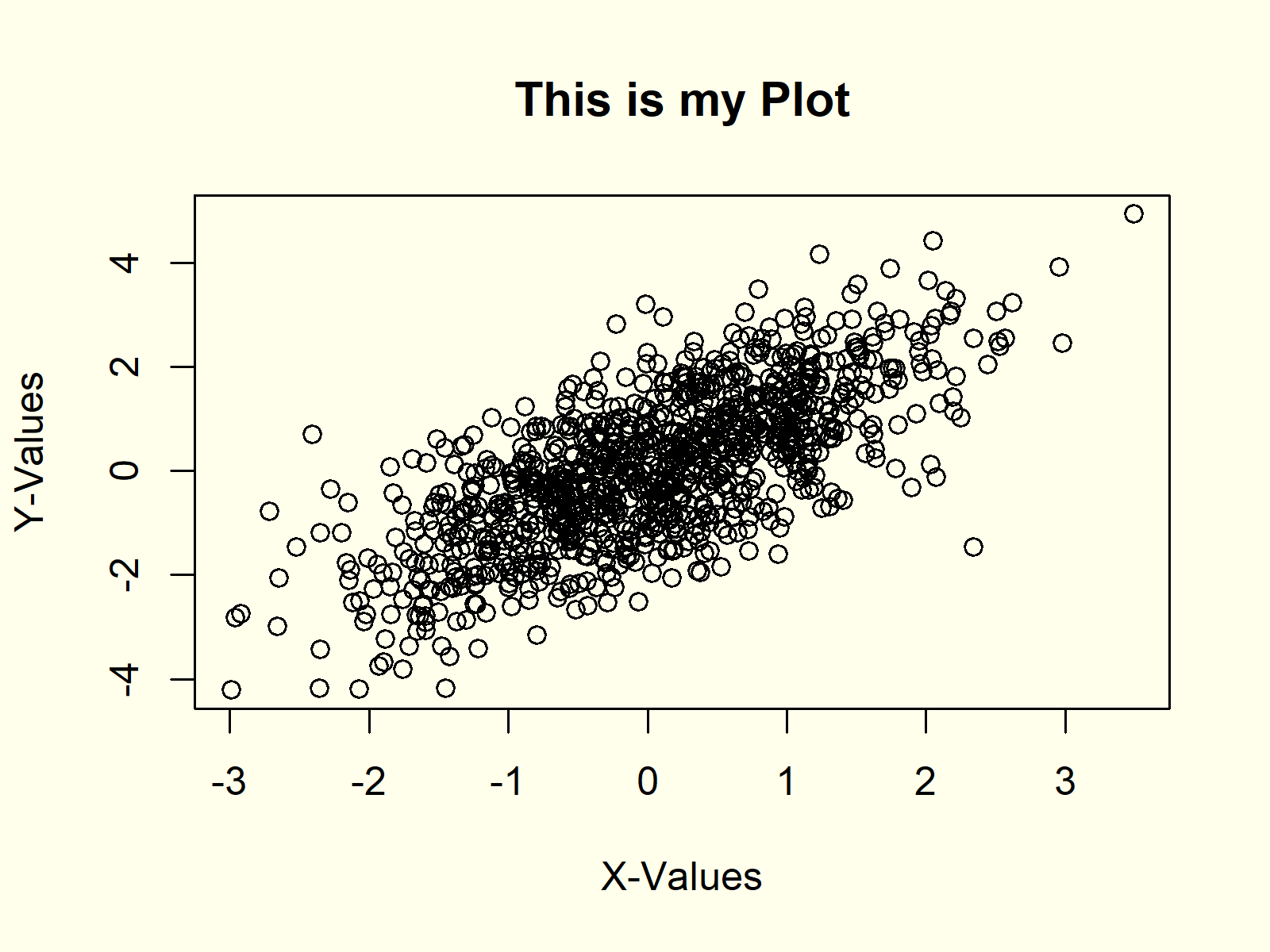 Have a look at the help documentation of the plot function to find all the provided arguments and options.

Example 6: Plot with Colors & PCH According to Group

We can also represent different groups in our graph. First, we need to create a group indicator:

Now, we can use this grouping variable to assign colors and different symbols to each group: 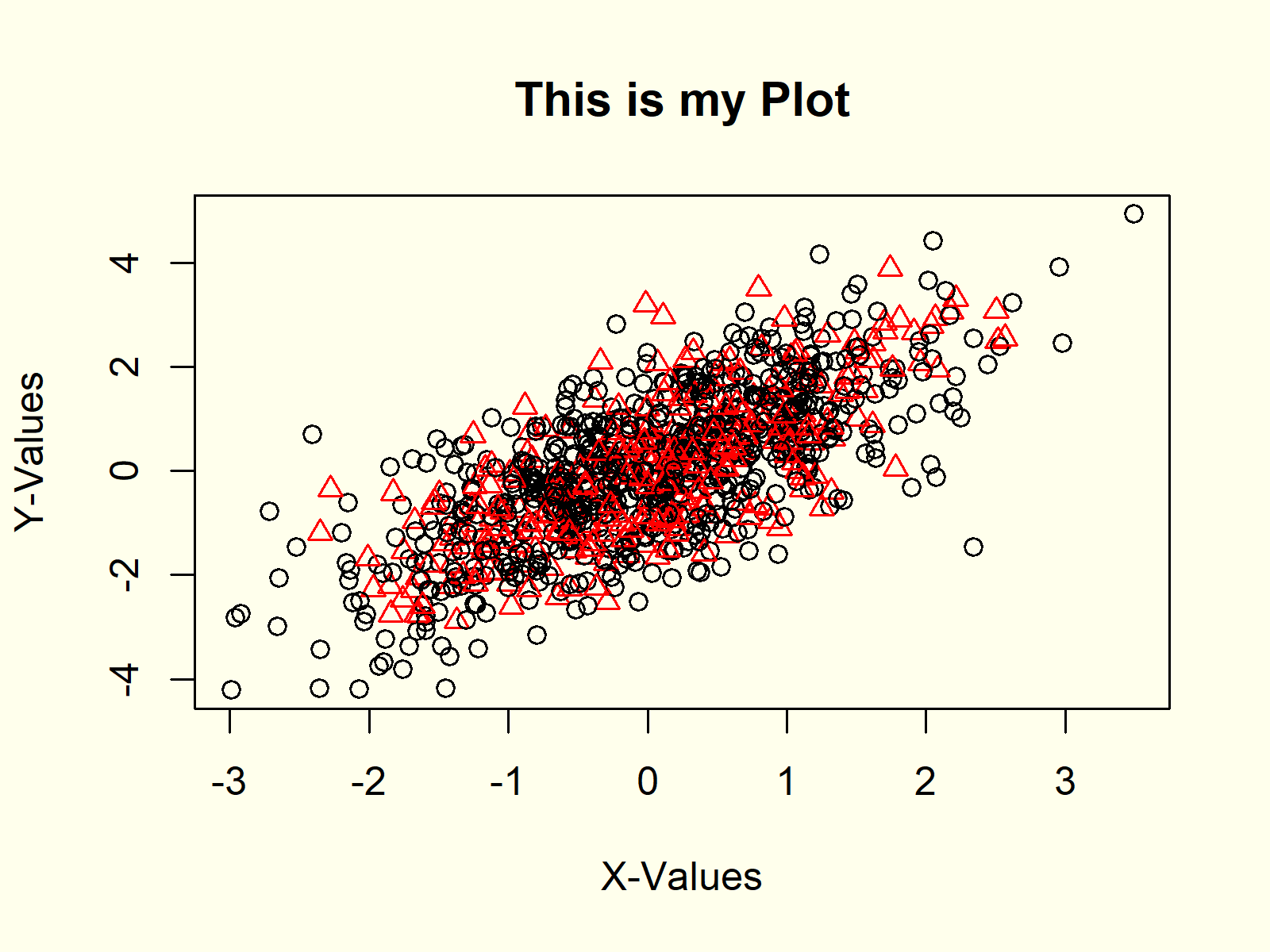 As you can see in Figure 6, the first group is colored in black and its symbols are round dots. The second group, in contrast, is represented by red triangles.

Whenever we show groups in a graphic, diagram or chart in R, we should add a legend to our plot. First, we need to create our plot as shown before:

And then we can use the legend command to draw a legend representing our groups to the plot: 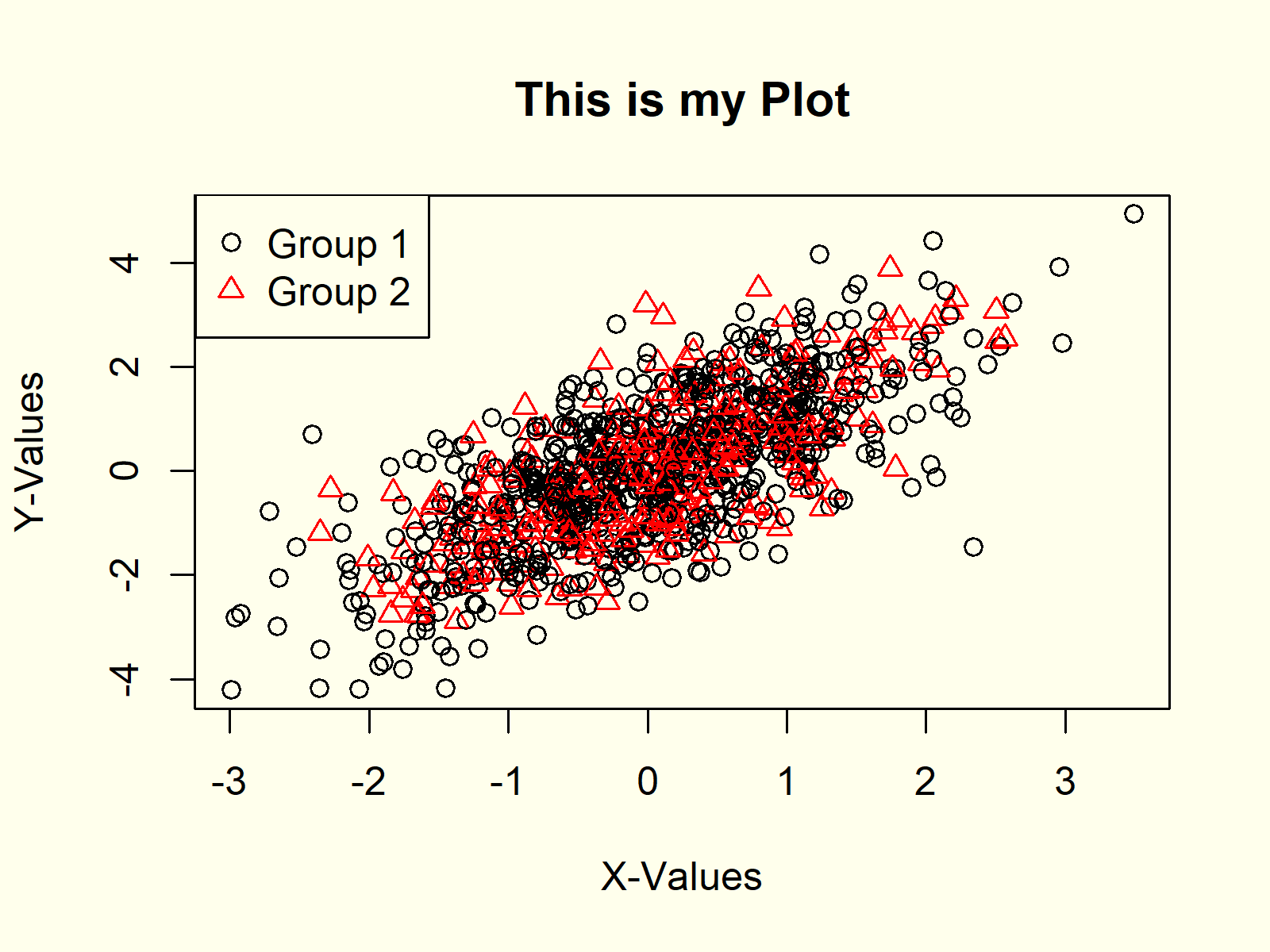 Figure 7: How to Draw a Legend to a Plot.

Example 8: Plot a Function in R

The plot() function also allows to draw a function in R. Let’s assume that we want to draw the cos function in R. Then we first need to create a sequence of x-values…

…then we need to apply the cos function to this sequence…

…and finally we can plot the function as follows: 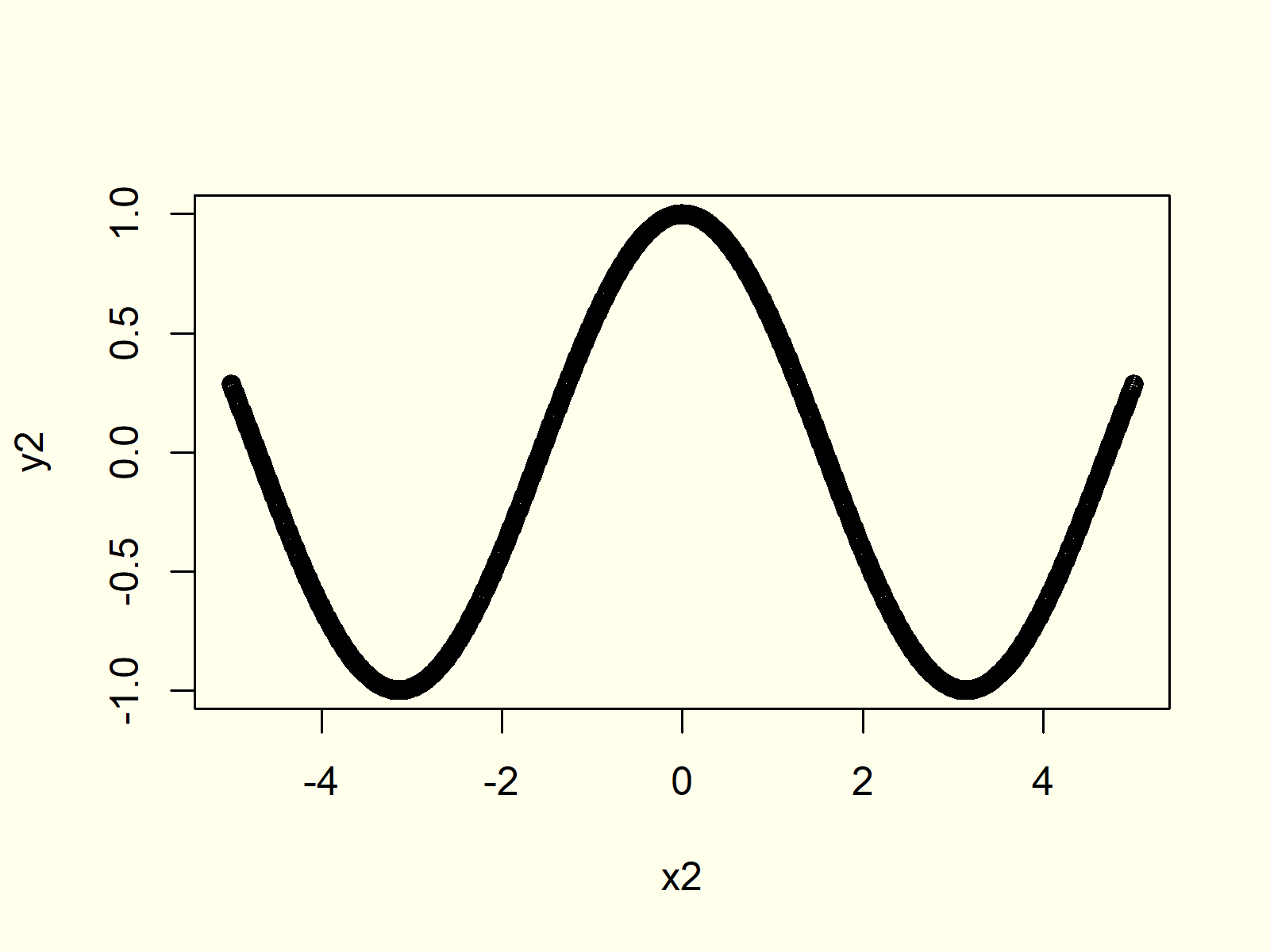 Figure 8: Plot a Function in R.

Of cause, we could modify this plot with different line types, colors, axis labels etc. as partly shown in the examples before.

If you need further explanations on the R programming syntax of this article, you might want to watch the following video of my YouTube channel. I explain the R code of this article in the video.

In addition, you might have a look at the related posts on this website. Some other articles are shown below:

To summarize: This tutorial illustrated how to make xy-plots and line graphs in R. Don’t hesitate to let me know in the comments, if you have additional comments and/or questions. 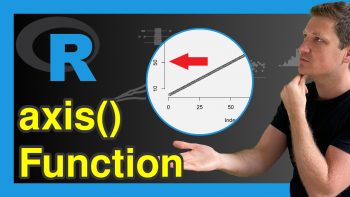 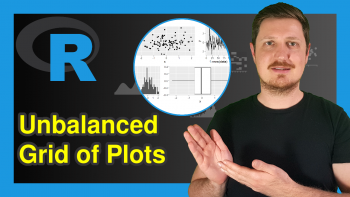