In this R tutorial you’ll learn how to apply the cauchy functions.

The page contains four examples for the application of dcauchy, pcauchy, qcauchy, and rcauchy. More precisely, the article will consist of this content:

In Example 1, I’ll show you how to create a density plot of the cauchy distribution in R. First, we need to create an input vector containing quantiles:

Now, we can apply the dcauchy R function to return the values of a cauchy density. In the examples of this tutorial, we use a scale of 5. However, you could modify the R syntax according to your specific preferences.

Our cauchy density values are now stored in the data object y_dcauchy. If we want to draw a density plot based on these values, we can use the plot function as shown below: 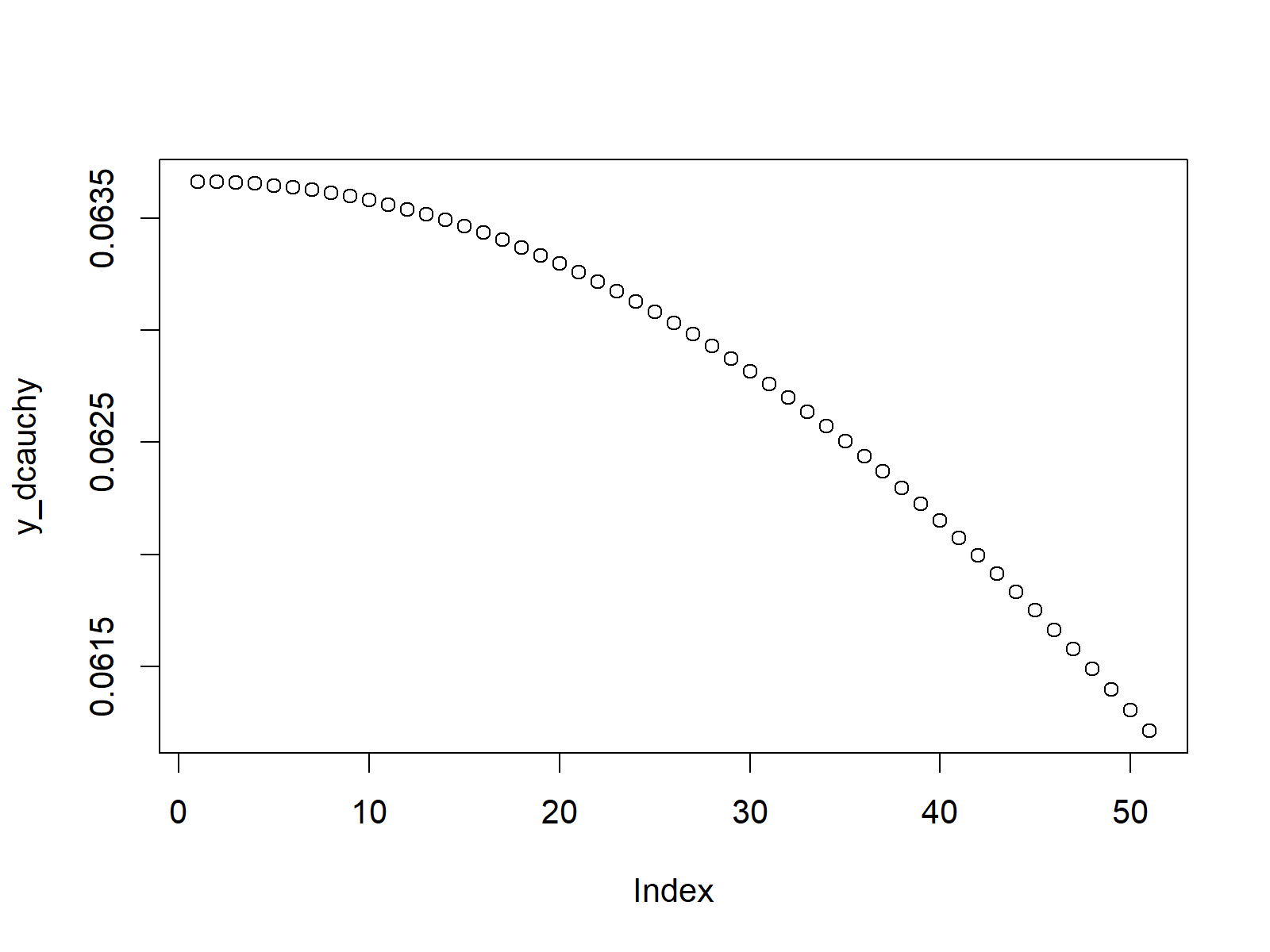 Example 2 shows how to draw a plot of the cumulative distribution function (CDF) of the cauchy distribution. As a first step, we need to create a vector of quantiles:

We can now apply the pcauchy R function to get the cauchy CDF values of our input vector:

The final graphic can be created as follows: 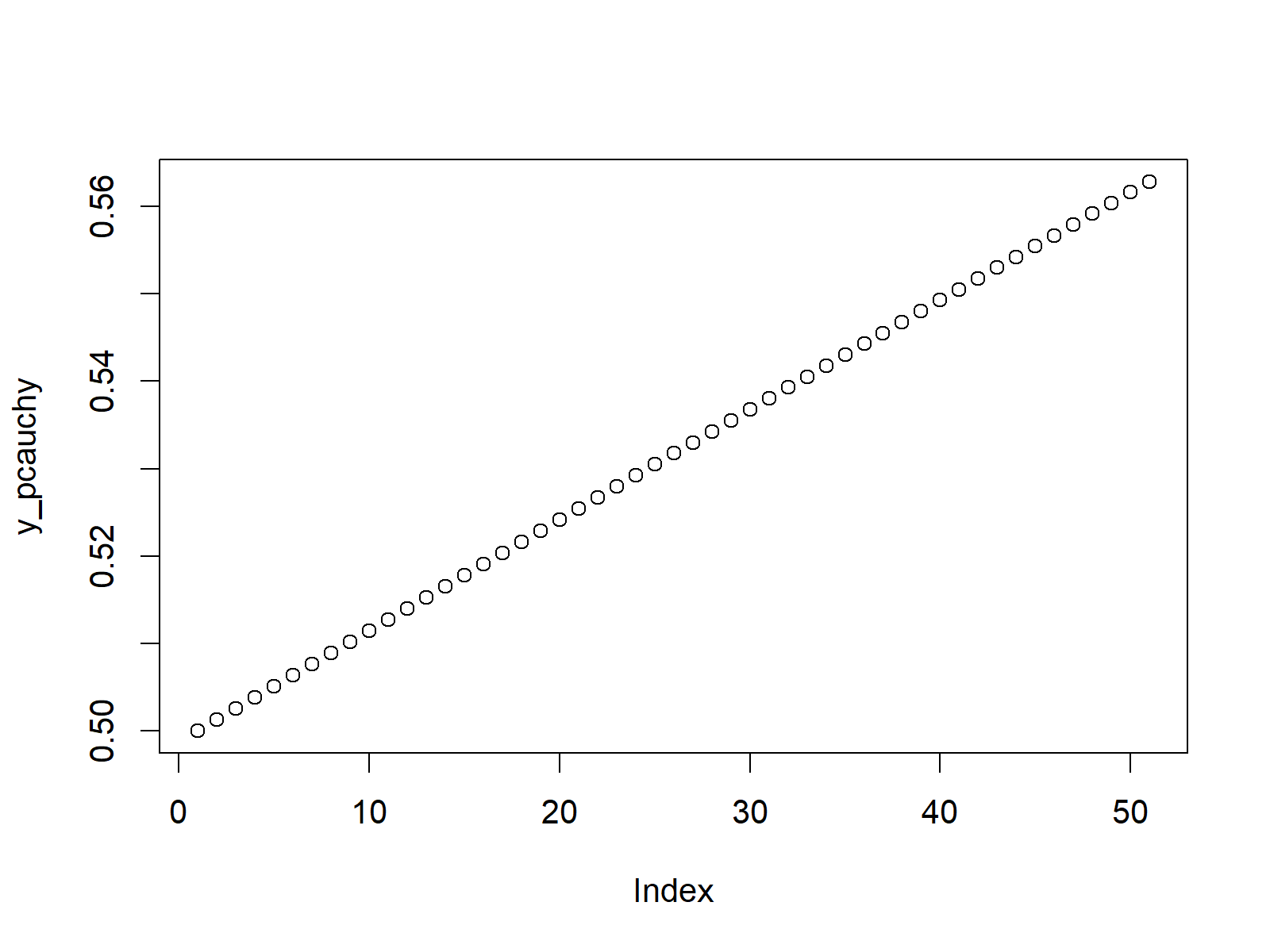 The qcauchy command takes an input vector of probabilities and returns the corresponding values of the cauchy quantile function. Consider the following input vector:

Now, the qcauchy function is applied as follows…

…and the corresponding scatterplot is created as follows: 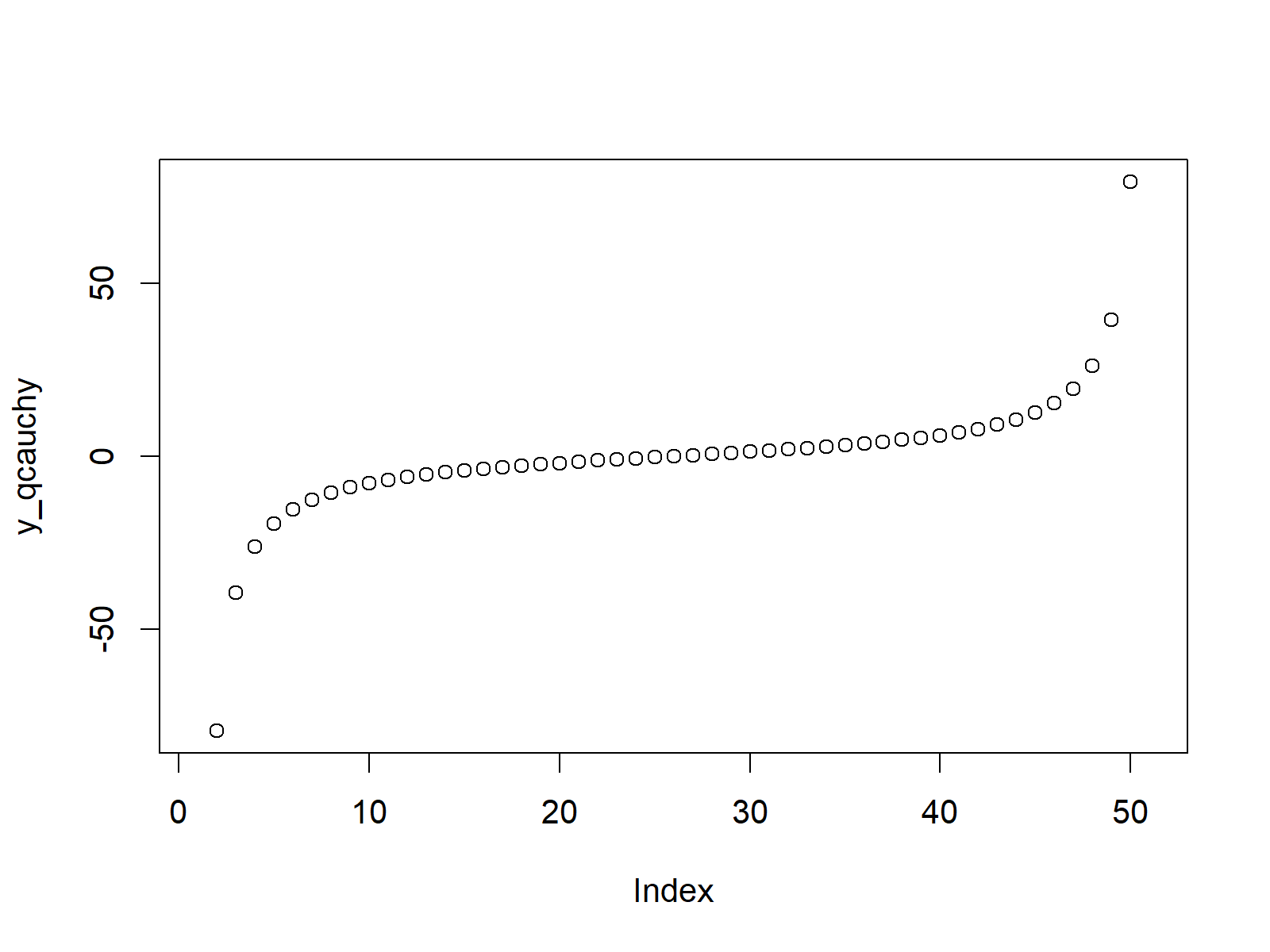 We can also simulate random numbers that are distributed as the cauchy density. First, we need to specify a seed to ensure reproducibility and a sample size that we want to generate:

Now, we can apply the rcauchy function to create a set of random values as follows:

A histogram of our random data can be created as follows: 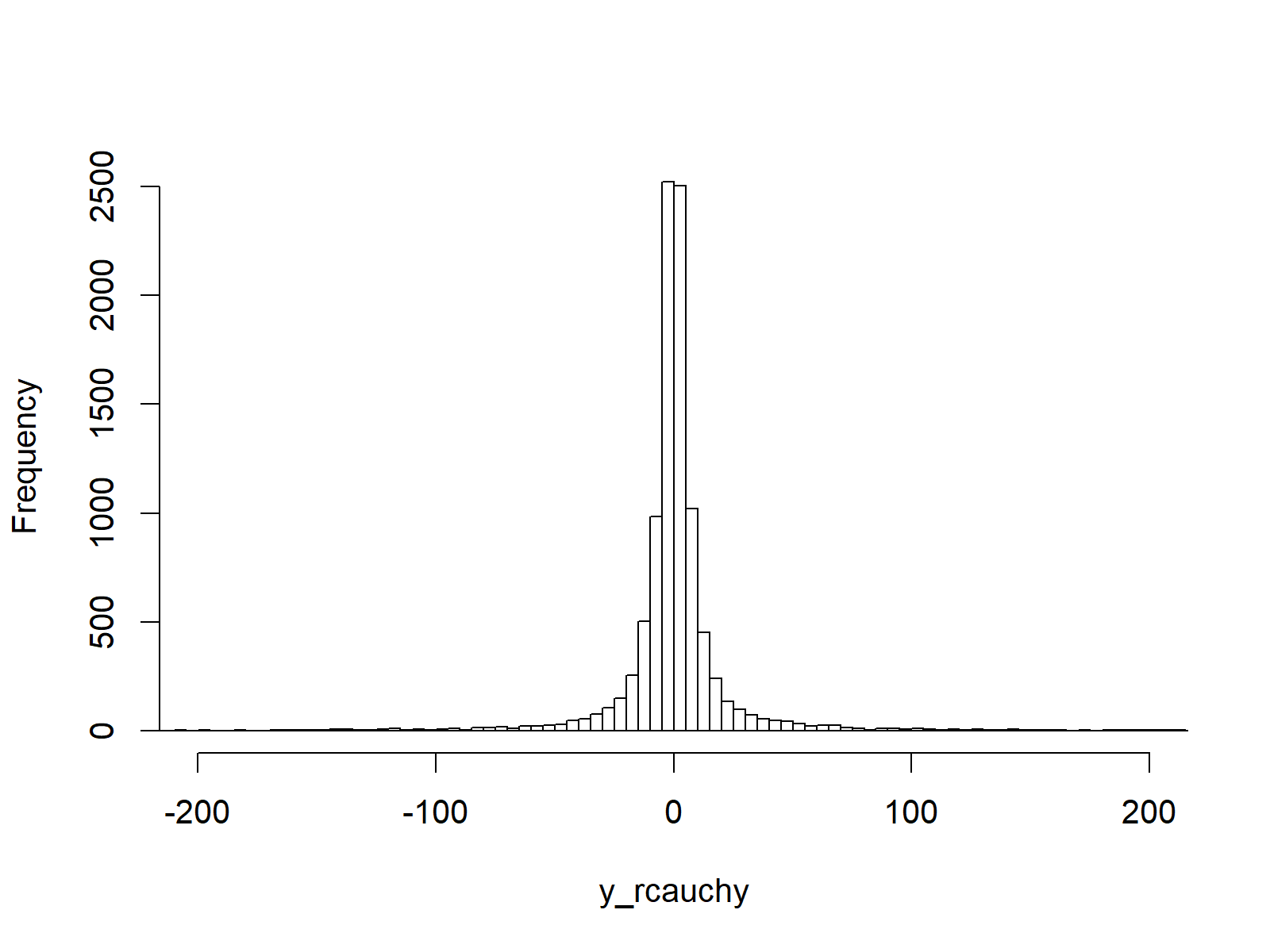 In case you need more explanations on the R programming codes of this page, you may watch the following video of my YouTube channel. I’m explaining the examples of this tutorial in the video:

You might also have a look at the other articles on probability distributions and the simulation of random numbers in the R programming language:

Besides the video, you may want to have a look at the other tutorials of my website. I have published several posts already:

You learned in this tutorial how to handle the cauchy functions in the R programming language. Don’t hesitate to let me know in the comments section below, in case you have any additional comments or questions. 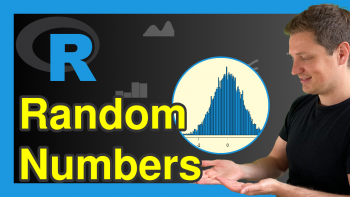 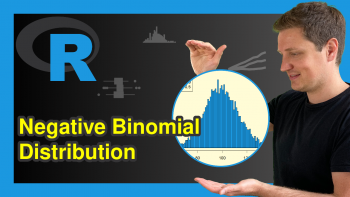