In this tutorial you’ll learn how to apply the binom functions in R programming.

In the first example, we’ll create an R plot of the binomial density.

First, we have to create a vector of quantiles as input for the dbinom R function:

Then, we can apply the dbinom function to this vector as shown below. Note that I have specified the size to be equal to 100 (i.e. the number of trials) and the probability for each binomial draw to be equal to 0.5 (i.e. 50%). Of cause you can modify these arguments as you want.

If we want to illustrate the output of the dbinom function in a graphic, we can use the plot function: 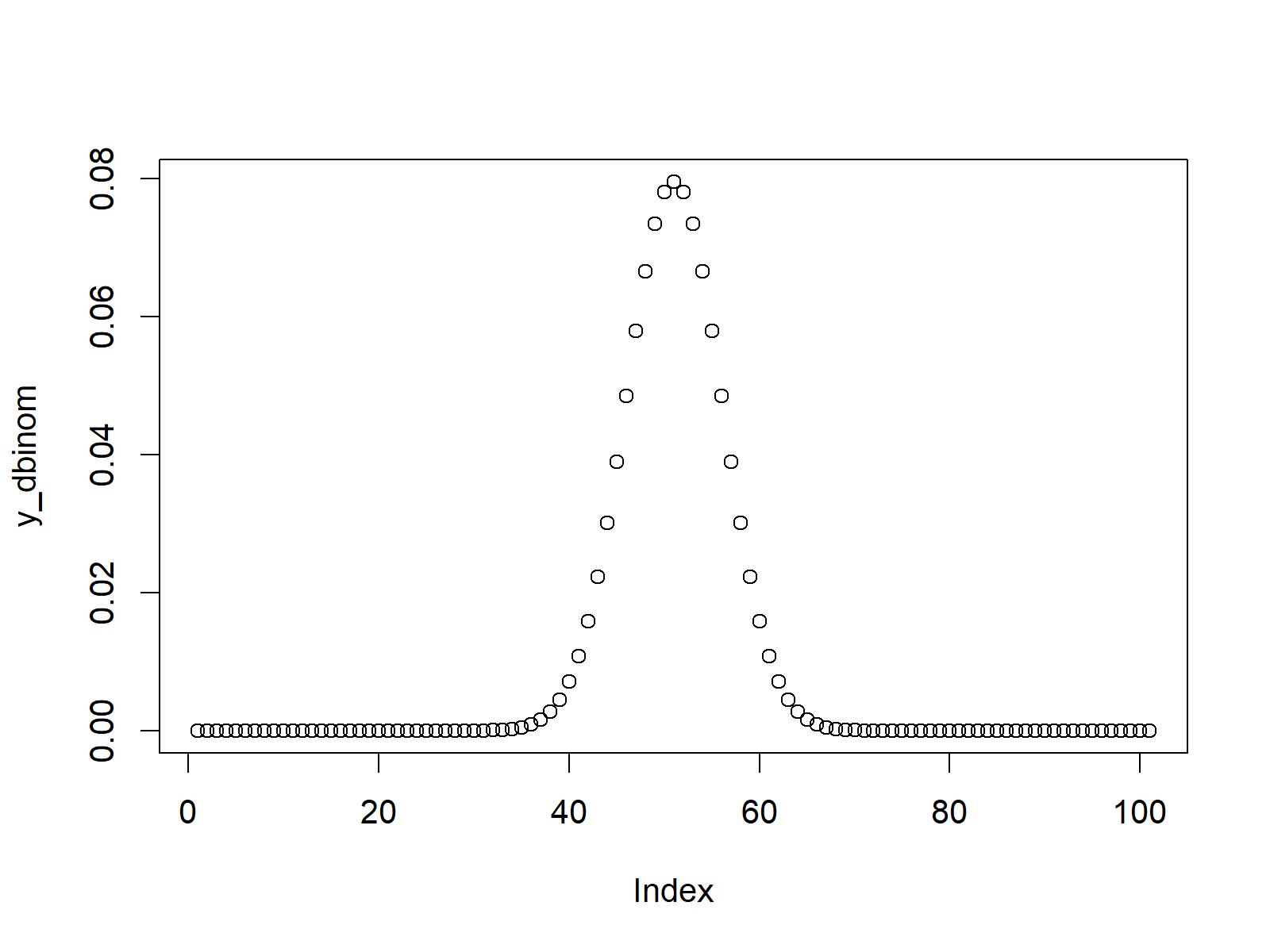 Figure 1 shows the output of the previous R code – A binomially distributed density.

In Example 2, I’ll explain how to apply the pbinom function to create a plot of the binomial cumulative distribution function (CDF) in R. First, we need to create an input vector (as in Example 1).

Now, we can apply the pbinom command…

…and draw a plot of the binomial CDF: 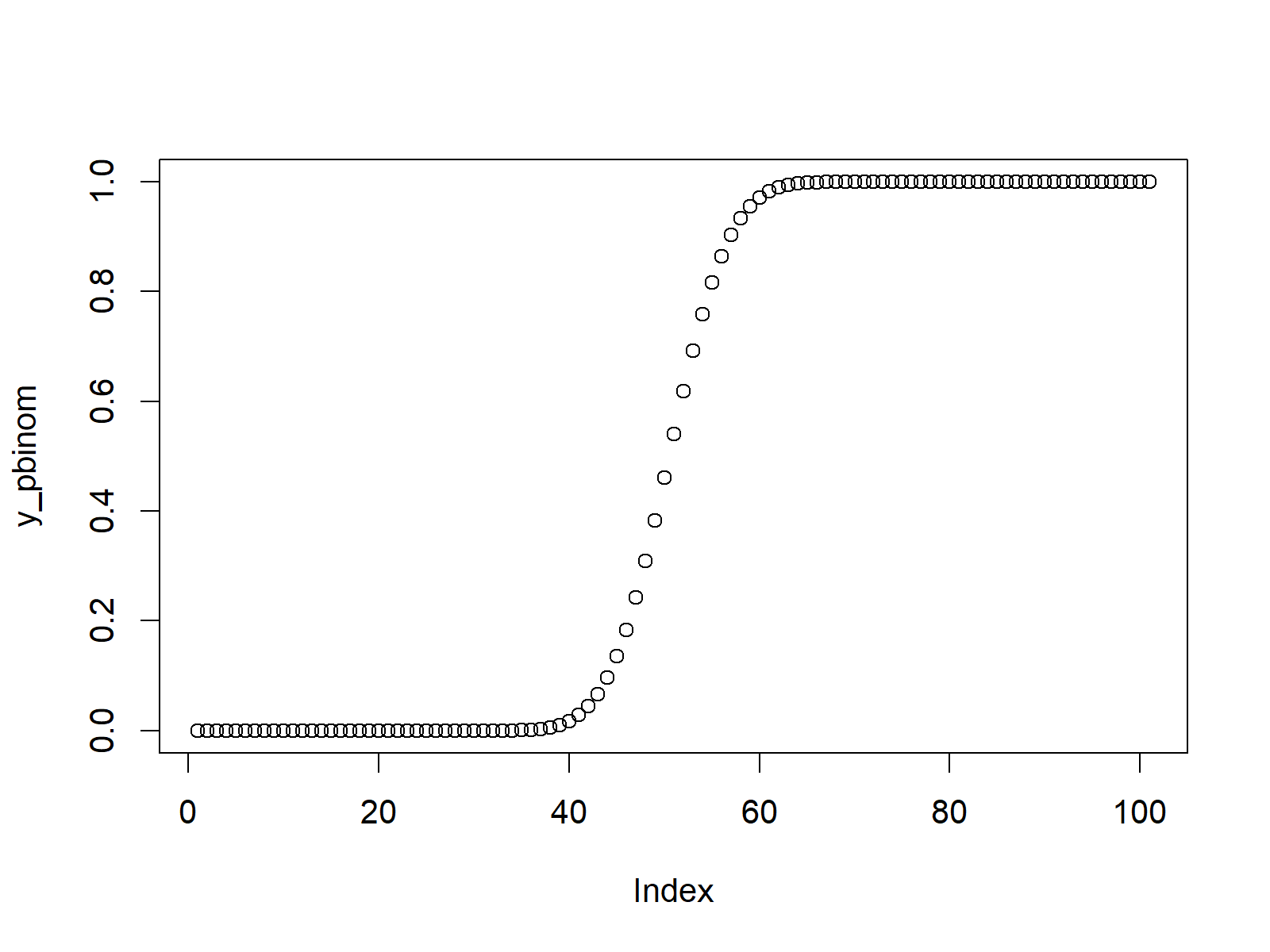 In this example, you’ll learn how to plot the binomial quantile function in R. As a first step, we have to create a sequence of probabilities:

Then, we can apply the qbinom function to get the corresponding value of the binomial quantile function for each value in our sequence of probabilities:

Finally, we can illustrate the output in an R plot: 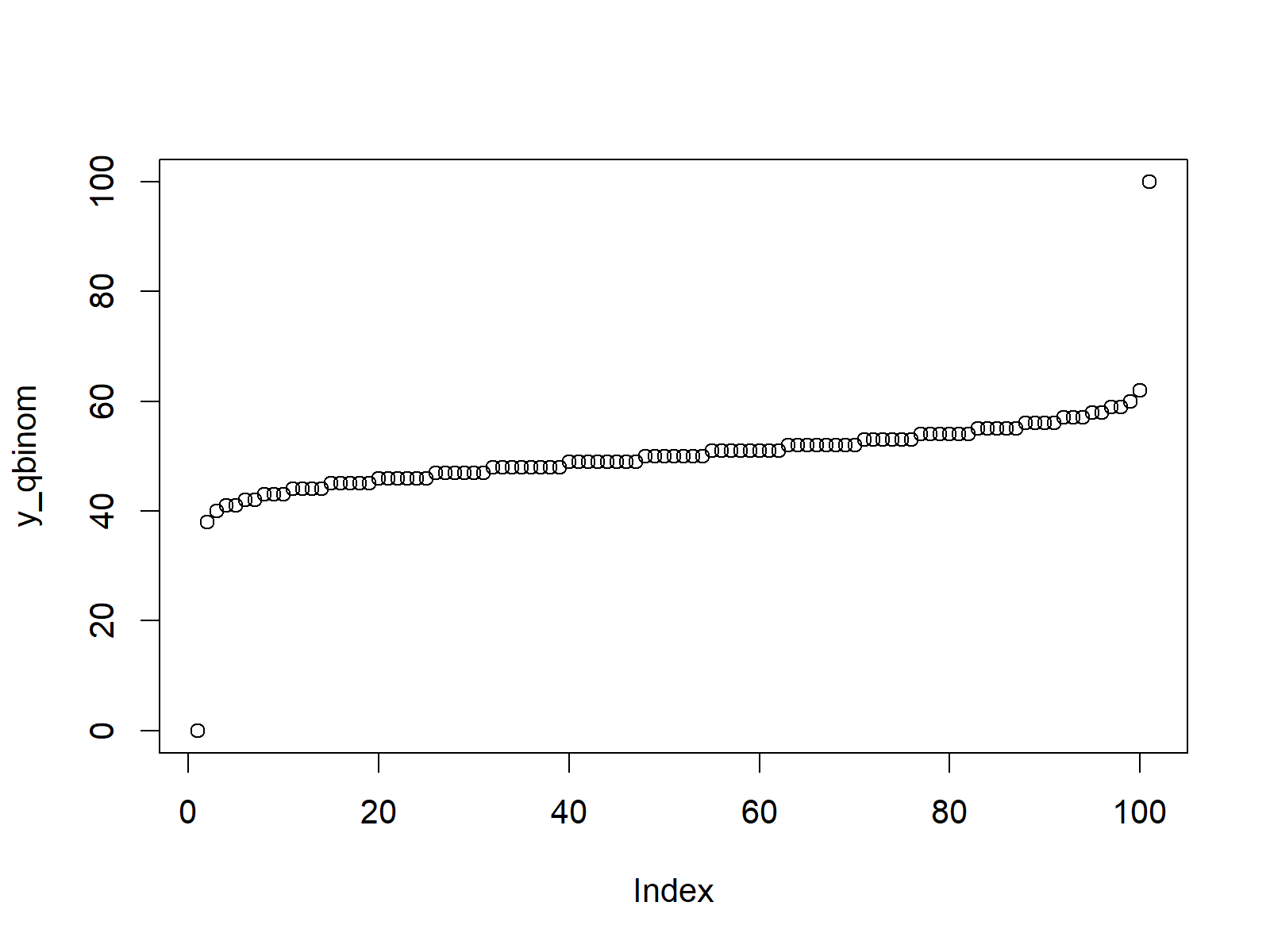 If we want to generate some random numbers with a binomial distribution in R, we can use the rbinom function. Let’s specify a seed for reproducibility…

…and a sample size of random numbers that we want to draw:

Now, we can create a set of random numbers with a binomial distribution based on the rbinom function:

We can illustrate the distribution of our random numbers in a histogram: 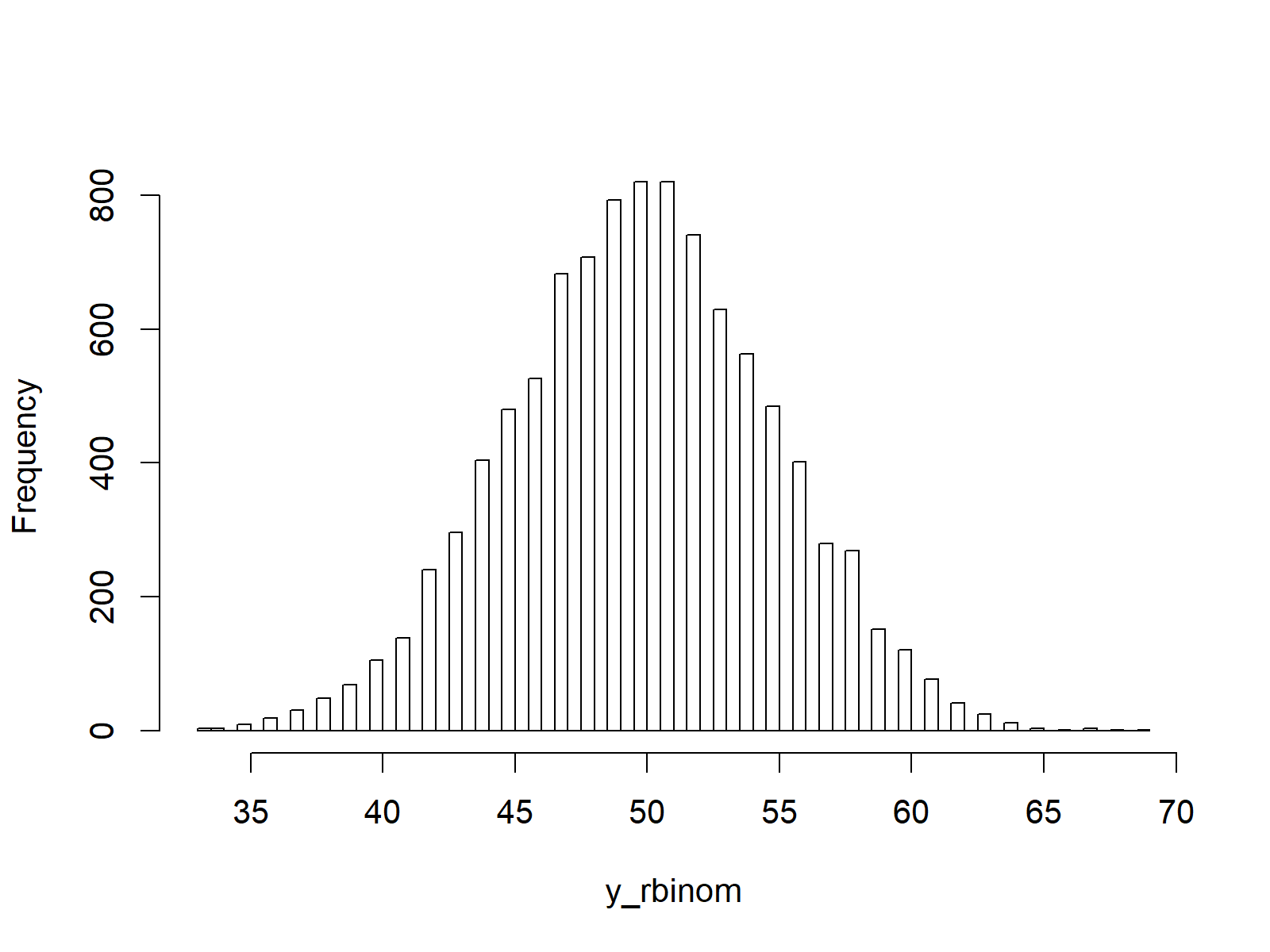 Note that in the previous R syntax we used a size of 100 trials and a probability of success of 0.5. In case we want to generate a random dummy variable, we simply have to set the size argument to be equal to 1:

If you need more information on the topics of this article, you may want to have a look at the following video of my YouTube channel. I show the R programming code of this tutorial in the video:

You could also have a look at the other posts on distributions and the generation of random numbers in R:

In addition, you could have a look at the related tutorials on this homepage. I have published numerous related posts already.

By the way, if you are looking for a job where the skills learned in this tutorial can be applied, you may have a look at the R programming & data science job offers on Jooble. Jooble is an ad partner of Statistics Globe and displays job offers from thousands of different sources.

In summary: In this tutorial you learned how to use the binom functions in R. Let me know in the comments below, if you have additional questions. 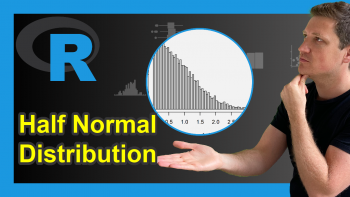 Half Normal Distribution in R (4 Examples) 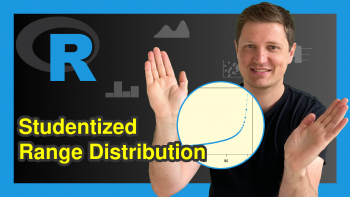