Smaller data sets make analyzing our data much easier and faster, being easier to visualize and to explore our data. Thus, the main idea of the PCA (Principal Component Analysis) is to reduce the number of variables in a data set, while preserving as much information as possible.

In this tutorial you’ll learn about the PCA meaning and the steps to perform the Principal Component Analysis with an example.

What is a Principal Component Analysis (PCA)?

Principal Component Analysis (PCA) is a mathematical algorithm which’s objective is to reduce the dimensionality of the data while retaining most of the variation in the data set.

This reduction is accomplished by identifying several directions, known as principal components, which have the most variation in the data. Thus, by using a small number of components, each sample can be represented by a few numbers instead of by a large group of them.

PCA Step by Step with Example

There are several steps involved while creating a PCA. Let’s dive into it.

Let’s say we have a data set like this one, with 4 variables and 4 features:

In this first step, the aim is to standardize the range of the continuous initial variables in our data set so that all of them contribute equally to the analysis.

This is done applying the standardization formula you can see below:

For each feature, the mean and the standard deviation would be:

Once the standardization of the data set is done, all the variables will be transformed to the same scale:

Step 2: Calculate the Covariance Matrix for the Features in our Data Set

In this step we want to see if there’s a relationship between the variables in our data set, if they are correlated to the point that they provide us redundant information.

In order to see if these correlations happen, we will calculate the covariance matrix for the whole data set using the following formula:

The result covariance matrix will be:

If covariance turns to be positive, it means that the two variables are correlated: both increase or decrease together.

If it has a negative result, it means that they are inversely correlated, which means that one increases when other decreases.

Step 3: Calculate the Eigenvalues and the Eigenvectors of the Covariance Matrix

In order to determine these principal components, we need the eigenvectors and the eigenvalues, which let us know the direction and the magnitude of our data. The first thing we need to understand about these is that they always come in pairs: every eigenvector has an eigenvalue.

An eigenvector is a non-zero vector which changes by a scalar factor when linear transformation is applied to it. This scalar factor is the eigenvalue.

Ranking our eigenvectors in order of their eigenvalues, from the highest to the lowest, we will get the principal components we are looking for.

So, how to calculate, first, the eigenvalues and, then, the eigenvectors for our covariance matrix? We will need to use this equation:

Which rearranged, knowing ν is a non-zero vector:

And from the eigenvalues, we can calculate the eigenvectors:

As we can see, eigenvalues are already ranked in descending order, so if we choose the top 2 eigenvectors, our matrix will be: 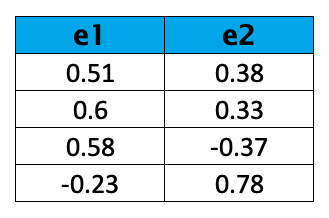 In this step the aim is to use the vector we obtained by using the eigenvectors to reorient the data to the new axes: the ones represented by the principal components.

Thus, our final data set will be the product of the feature matrix we’ve obtained with the top 2 eigenvectors and the standardized original matrix obtained in step 1: 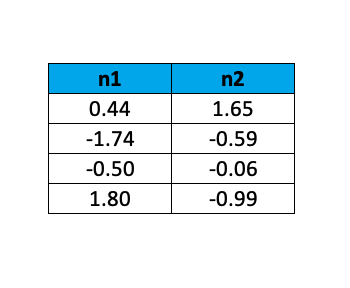 As we can see, the PCA has allowed us to reduce the size of our data set keeping most of its valuable information.

For a more profound understanding of the theoretical background of the Principal Component Analysis, you can take a look at:

What is Principal Component Analysis? by Markus Ringnér, published in 2008

Do you need more explanations on how to perform a Principal Component Analysis? Then you should have a look at the following YouTube video of the Statistics Globe YouTube channel.

This post has shown what a PCA is and how to perform it step by step. In case you have further questions, you may leave a comment below. 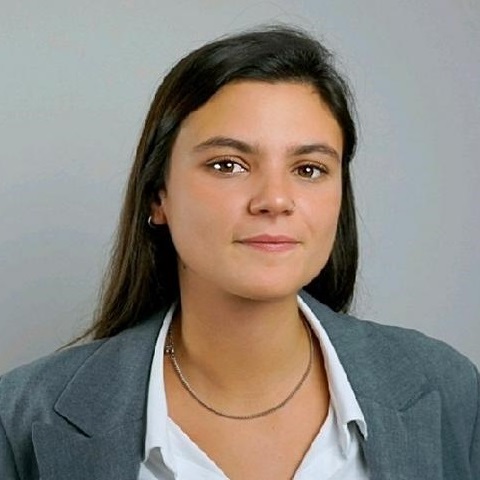 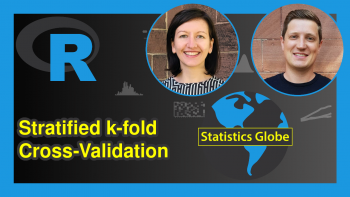 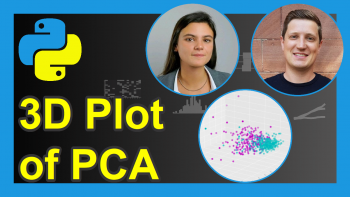