Missing data occur in almost every data set and can lead to serious problems such as biased estimates or less efficiency due to a smaller data set.

To reduce these issues, missing data can be replaced with new values by applying imputation methods.

In the following step by step guide, I will show you how to:

But before we can dive into that, we have to answer the question…

Why Do We Need Missing Value Imputation?

The default method for handling missing data in R is listwise deletion, i.e. deleting all rows with a missing value in one or more observations.

That approach is easy to understand and to apply, so why should we bother ourselves with more complicated stuff?

Because we can improve the quality of our data analysis!

Table 1 shows a comparison of listwise deletion (the default method in R) and missing data imputation.

Table 1: Crosstabulation of bias, variance, and the three response mechanisms Missing Completely At Random (MCAR), Missing At Random (MAR), and Missing Not At Random (MNAR).

To make it short: Missing data imputation almost always improves the quality of our data!

Therefore we should definitely replace missing values by imputation.

But how does it work? That’s exactly what I’m going to show you now!

Below, I will show an example for the software RStudio.

However, you could apply imputation methods based on many other software such as SPSS, Stata or SAS.

The example data I will use is a data set about air quality. In R, the data is already built in and can be loaded as follows:

By inspecting the data structure, we can see that there are six variables (Ozone, Solar.R, Wind, Temp, Month, and Day) and 153 observations included in the data. The variables Ozone and Solar.R have 37 and 7 missing values respectively (indicated by NA).

If we would base our analysis on listwise deletion, our sample size would be reduced to 111 observations.

Such a heavy decrease of our sample size would clearly result in less accuracy and – very likely – also in biased estimates.

Fortunately, with missing data imputation we can do better!

At the same time, however, it comes with awesome default specifications and is therefore very easy to apply for beginners.

Then, impute missing values with the following code.

After the missing value imputation, we can simply store our imputed data in a new and fully completed data set.

If you check the structure of our imputed data, you will see that there are no missings left. The imputation process is finished.

That was not so complicated, right?

The reason for that are the predefined default specifications of the mice function.

So let’s have a closer look what actually happened during the imputation process:

method: With the method argument you can select a different imputation method for each of your variables. Mice uses predictive mean matching for numerical variables and multinomial logistic regression imputation for categorical data.

maxit: Imputation was conducted via multivariate imputation by chained equations (Azur et al., 2011). That is another awesome feature of the R package mice. Missing values are repeatedly replaced and deleted, until the imputation algorithm iteratively converges to an optimal value. The mice function repeats the replacement and deletion steps five times by default. With the argument maxit this number can be changed manually.

There are many other arguments that can be specified by the user.

The arguments above, however, are the most important ones.

For further information you can check out the R documentation of mice.

Step 3) Find the Best Imputation Method for Your Data

Hence, it is worth to spend some time for the selection of an appropriate imputation method for your data.

That said, it can be difficult to identify the most appropriate method for your specific database.

The following list gives you an overview about the most commonly used methods for missing data imputation.

Click on the picture in order to get more information about the pros and cons of the different imputation methods.

Articles about the following imputation methods will be announced soon:

Single vs. Multiple Imputation – An Explanation of the Main Concepts

When it comes to data imputation, the decision for either single or multiple imputation is essential.

In single imputation, missing values are imputed just once, leading to one final data set that can be used in the following data analysis.

However, if single imputation is not considered properly in later data analysis (e.g. by applying sophisticated variance estimations), the width of our confidence intervals will be underestimated (Kim, 2011).

By imputing incomplete data several times, the uncertainty of the imputation is taken into account, leading to more precise confidence intervals.

In the following video you can learn more about the advantages of multiple imputation.

The speaker Elaine Eisenbeisz explains the basic concepts of multiple imputation such as Rubins Rules, Pooling of imputed data, and the impact of the response mechanism on imputed values.

She also shows a practical example of multiple imputation with the statistical software SPSS.

Melissa J. Azur, Elizabeth A. Stuart, Constantine Frangakis, and Philip J. Leaf (2011). Multiple Imputation by Chained Equations: What is it and how does it work? International Journal of Methods in Psychiatric Research. 20(1): 40–49.

The following R code creates the header graphic of this page. The code is based on a graphic of Gaston Sanchez and was found on the R graph gallery.

The graphic shows the name of this page – Statistical Programming. Some letters are missing. 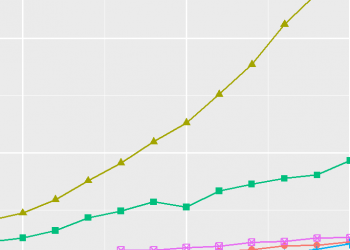 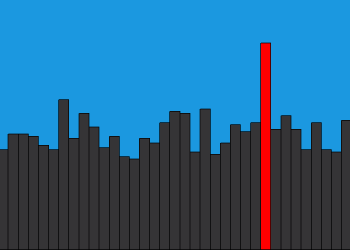 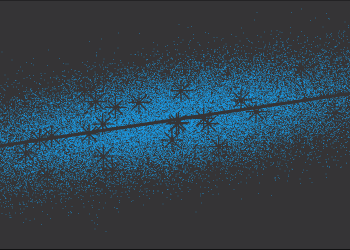 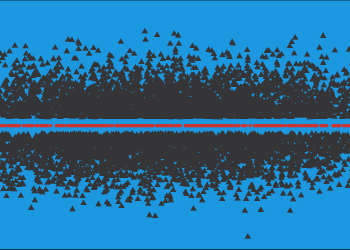 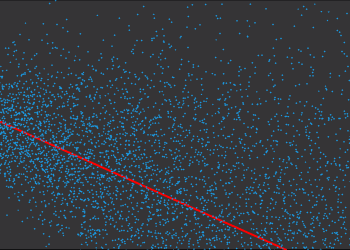 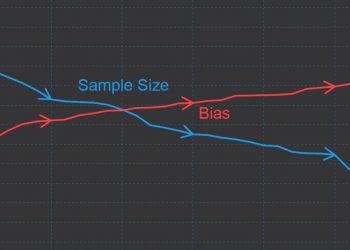 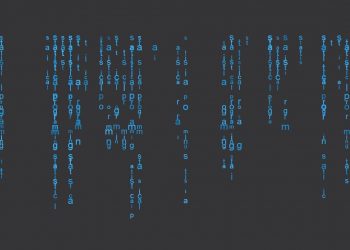