This article demonstrates how to reorder boxplots by median values in R. 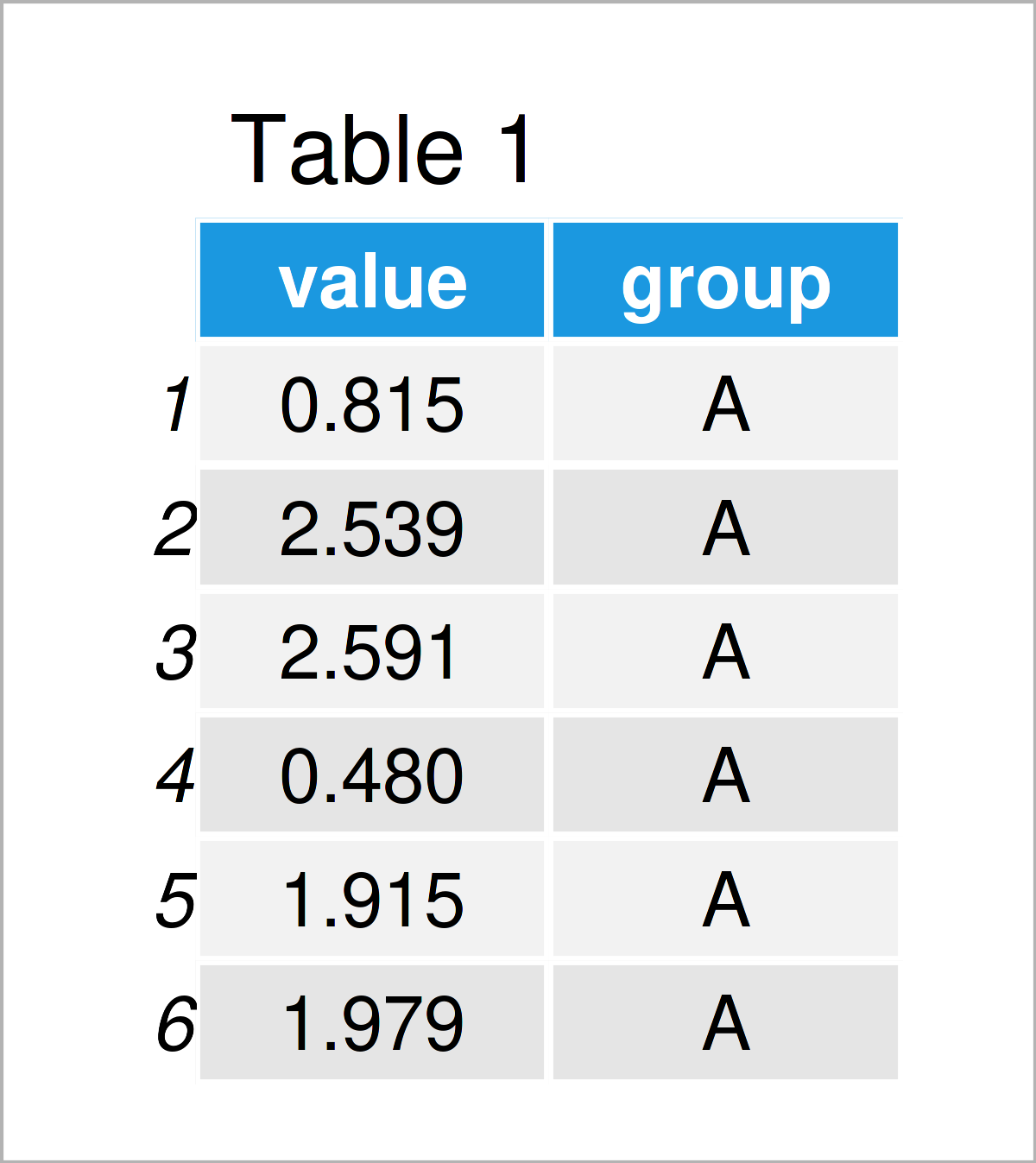 Table 1 reveals the first six rows of our example data – Furthermore, you can see that our data consists of two columns. The variable value has the numeric class and the column group is a character.

In Example 1, I’ll illustrate how to sort the boxes in a Base R boxplot by median.

Let’s first draw a boxplot with the default ordering: 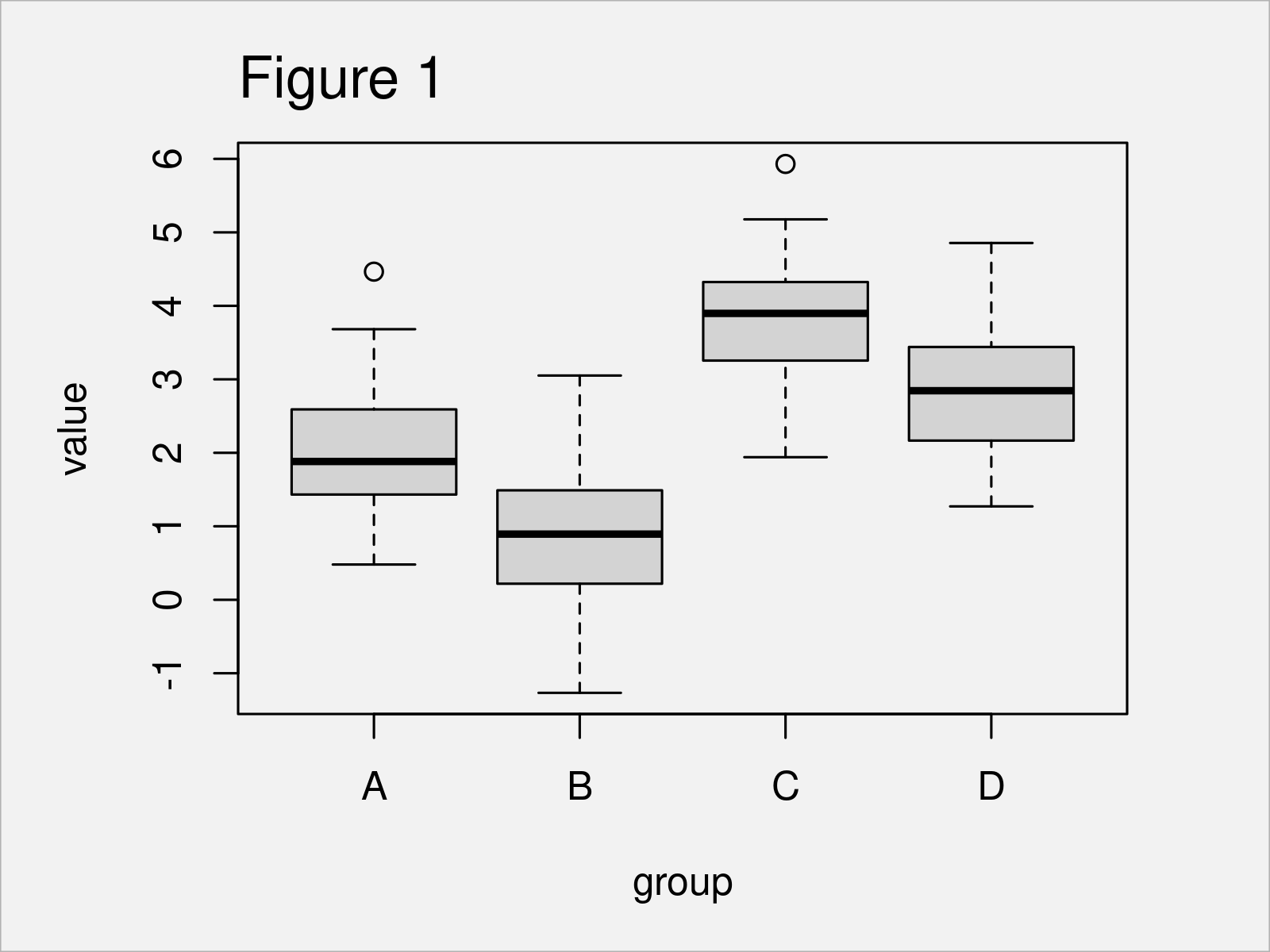 By executing the previous R programming syntax, we have plotted Figure 1, i.e. a Base R boxplot with default order.

If we want to sort this boxplot by the median values of each box, we first have to calculate the median values and sort our groups accordingly. For this, we can use the with and reorder functions as shown below:

The previous R code has created a new data object called group_ordered that contains information on the median values and the ordering of our groups.

In the next step, we can use this data object to redraw our boxplot: 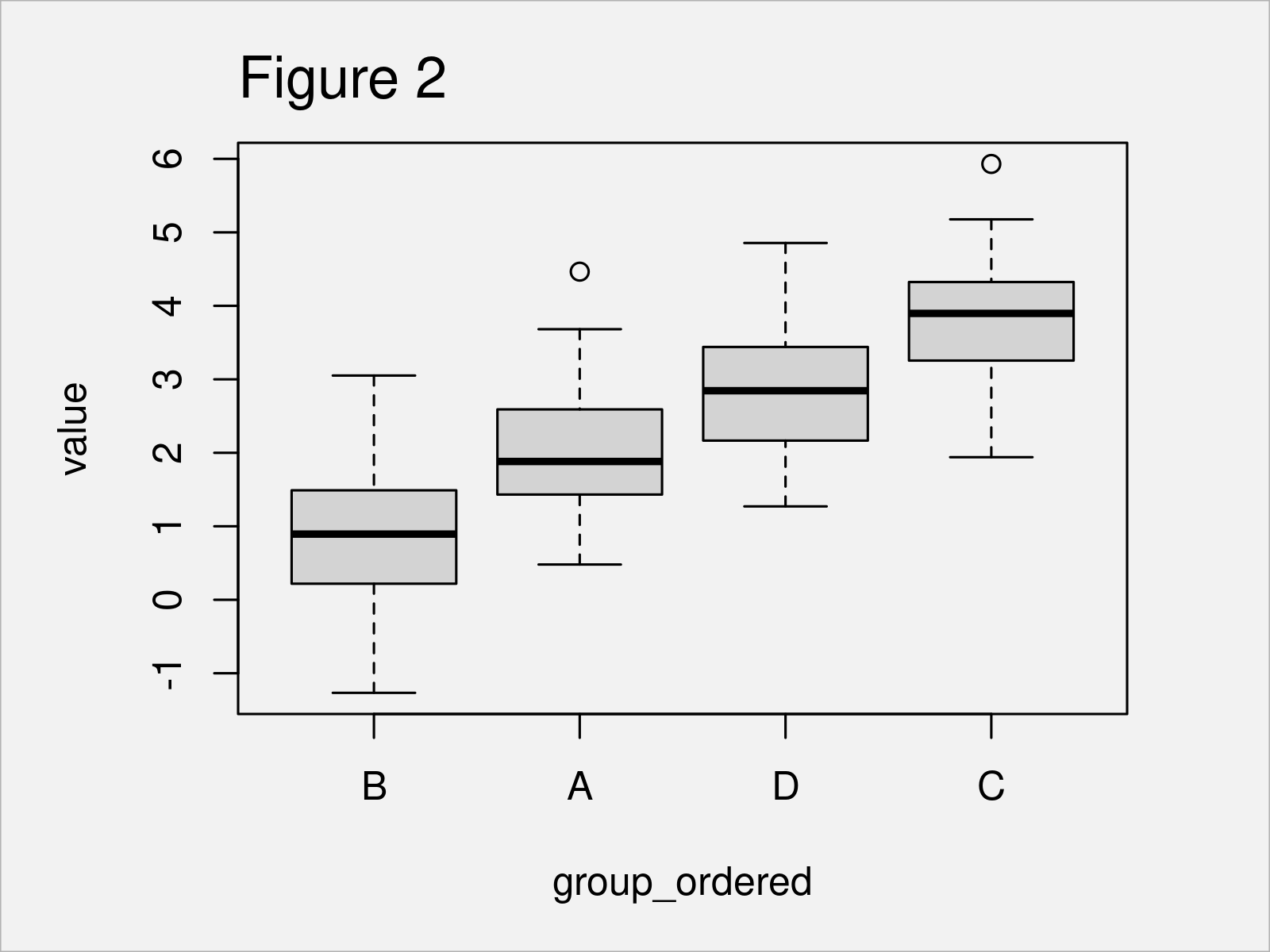 As visualized in Figure 2, the previous R syntax has created a Base R boxplot, which is sorted by median values.

Example 2 demonstrates how to use the ggplot2 package to draw a sorted boxplot.

First, we have to install and load the ggplot2 package.

Next, let’s create a ggplot2 boxplot with default ordering: 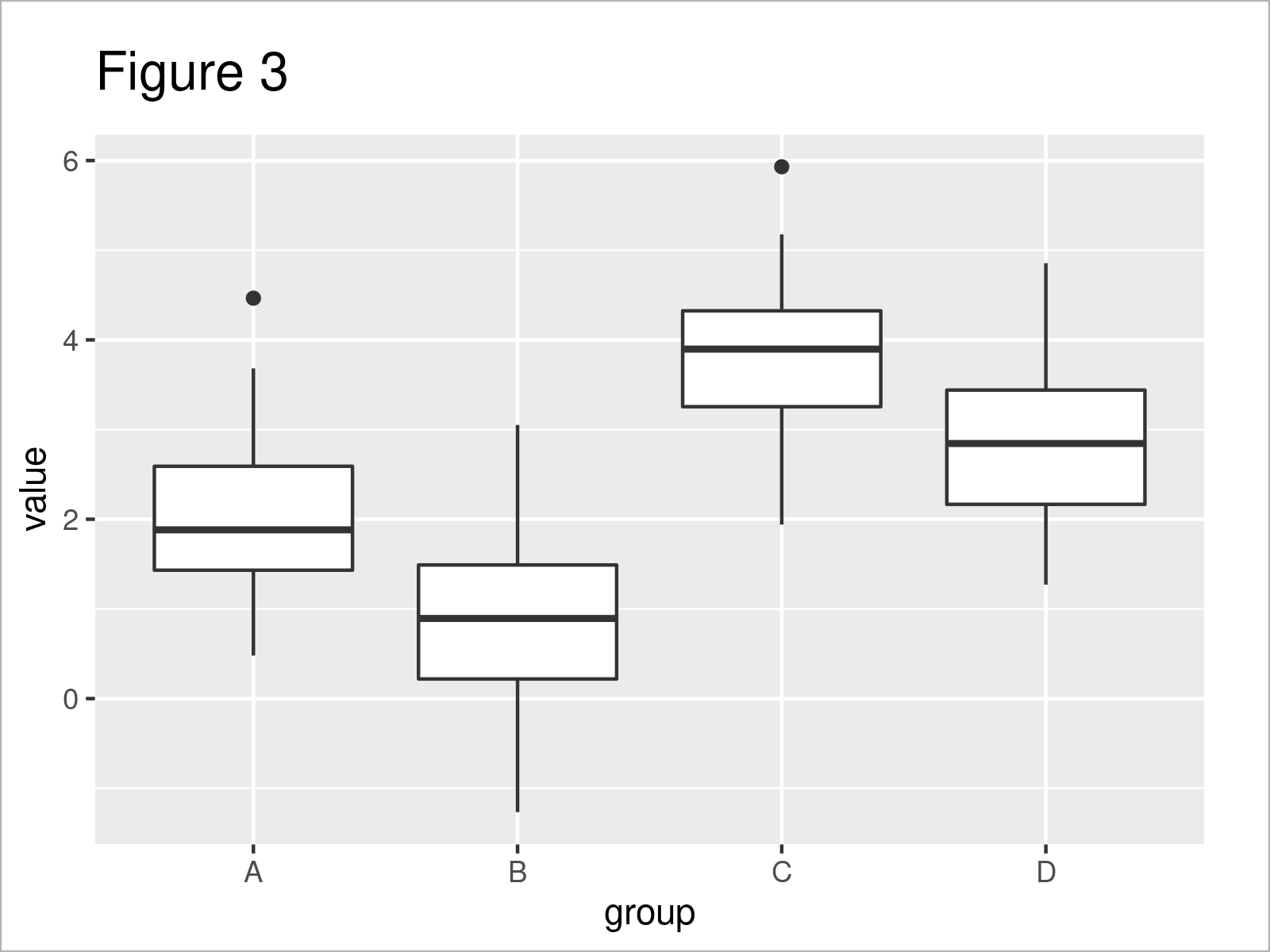 By running the previous R code, we have created Figure 3, i.e. a ggplot2 boxplot that is not sorted yet.

In order to sort our boxes, we first have to convert our group column to a factor with manually specified factor levels. Note that we are using the data object group_ordered, that we have created in Example 1, to specify the ordering of our factor levels:

In the next step, we can use our new data frame to draw a sorted ggplot2 boxplot: 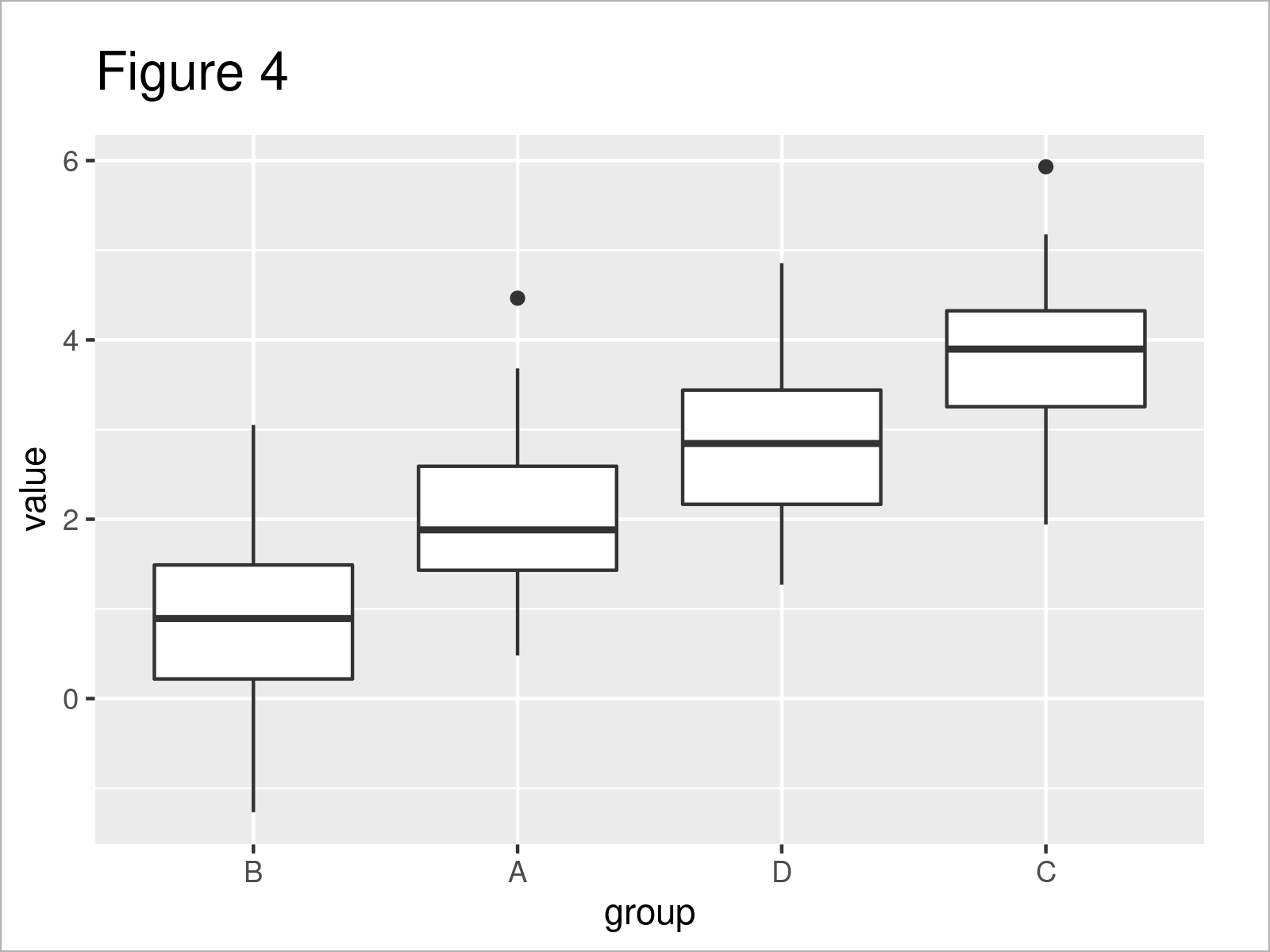 In Figure 4 you can see that we have created a ggplot2 boxplot sorted by the median.

In the previous examples, we have sorted a boxgraph with four different main groups.

The following code shows how to sort a boxplot with additional subgroups.

For this example, we first have to modify our example data frame: 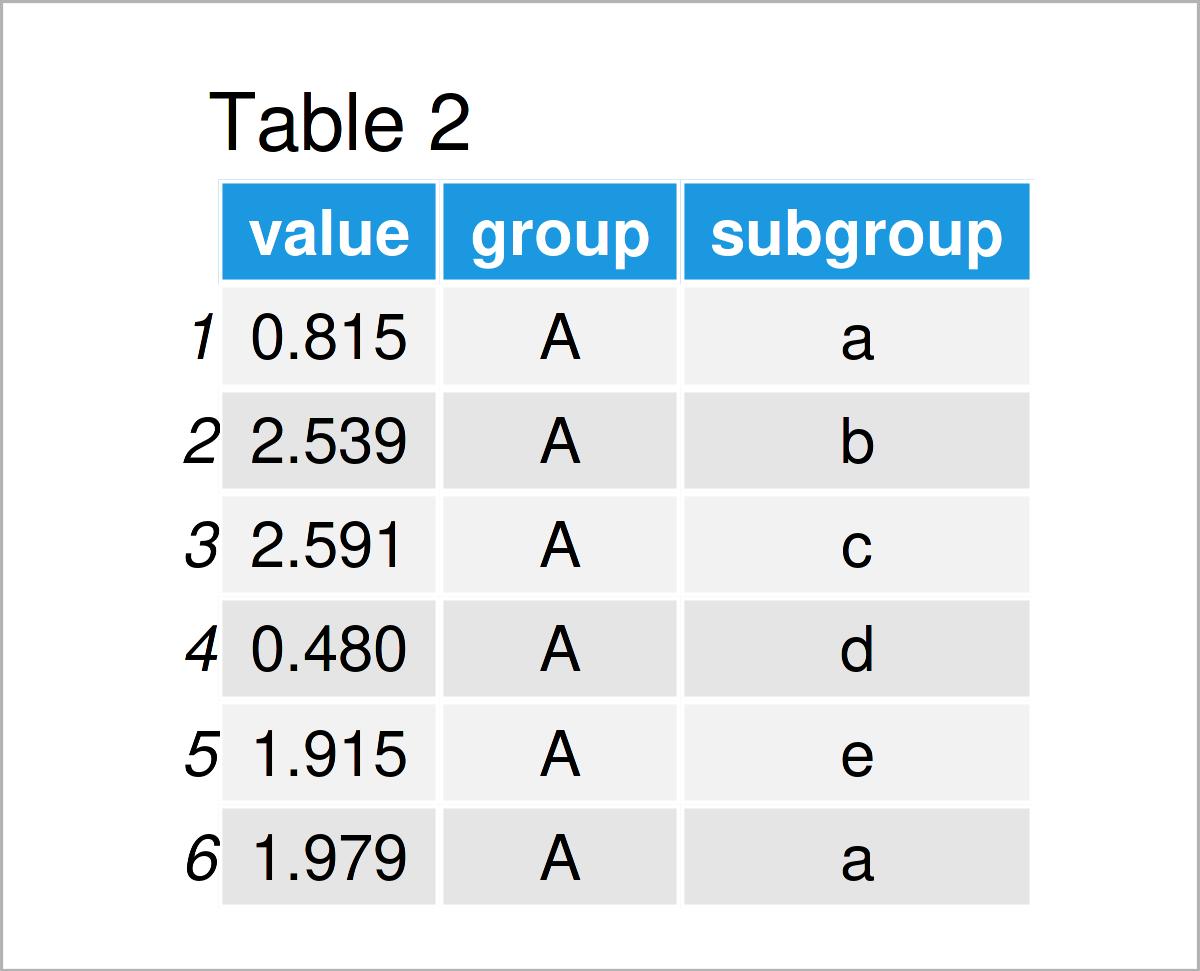 As shown in Table 2, the previous R programming syntax has created a new data frame called data_subgroup that contains an additional subgroup indicator.

In the next step, we can draw these data in a grouped boxplot where each subgroup is shown in a separate box side-by-side: 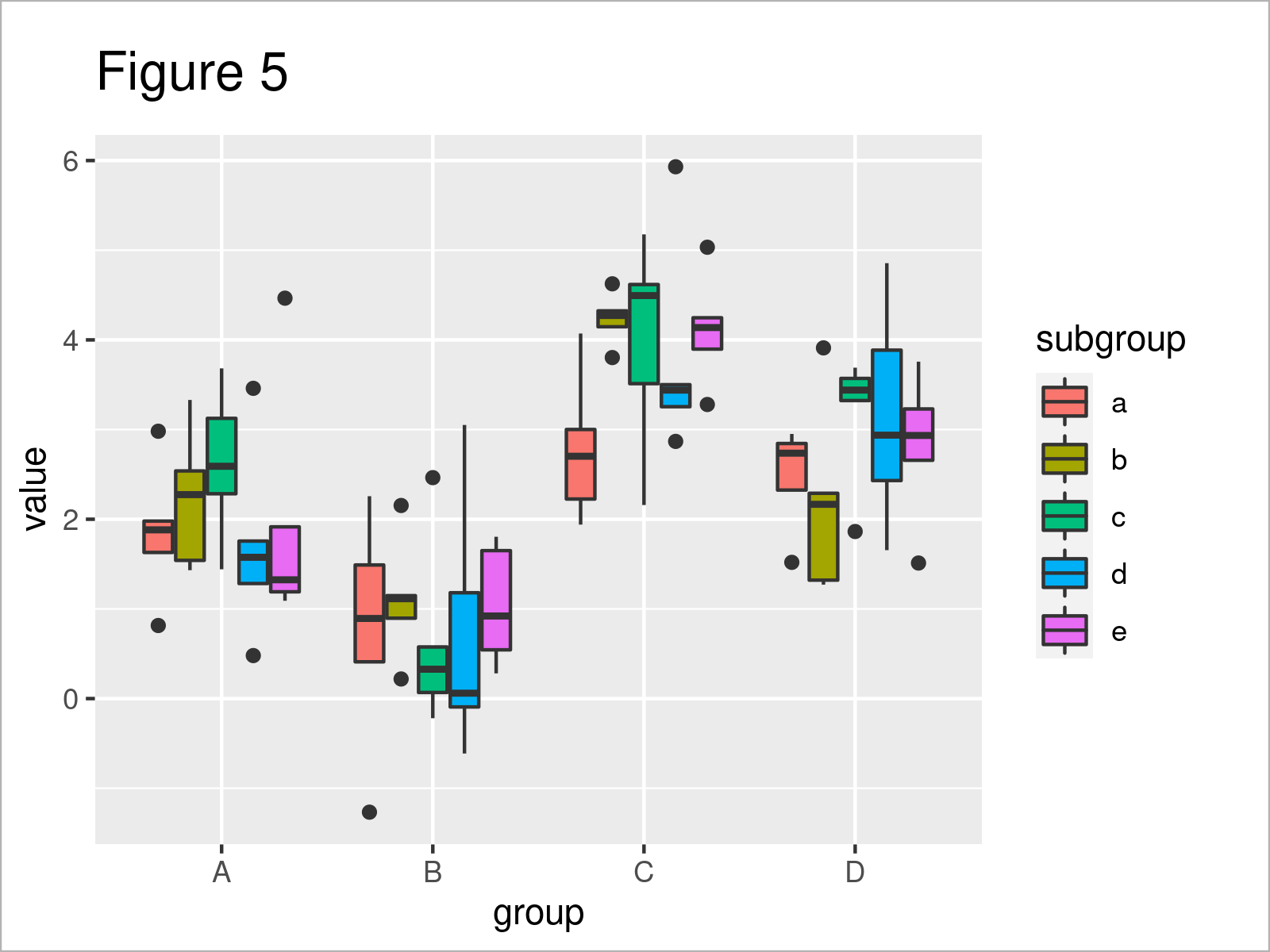 As shown in Figure 5, we have plotted a grouped ggplot2 boxplot with default ordering of the subgroups.

We may now use the reorder function to create a grouped boxplot where the subgroups are ordered separately within each main group.

To accomplish this, we have to assign the reordering to the fill argument, and then we have to draw each cluster of boxes for each main group with a separate call of the geom_boxplot function.

Consider the R code and its output below: 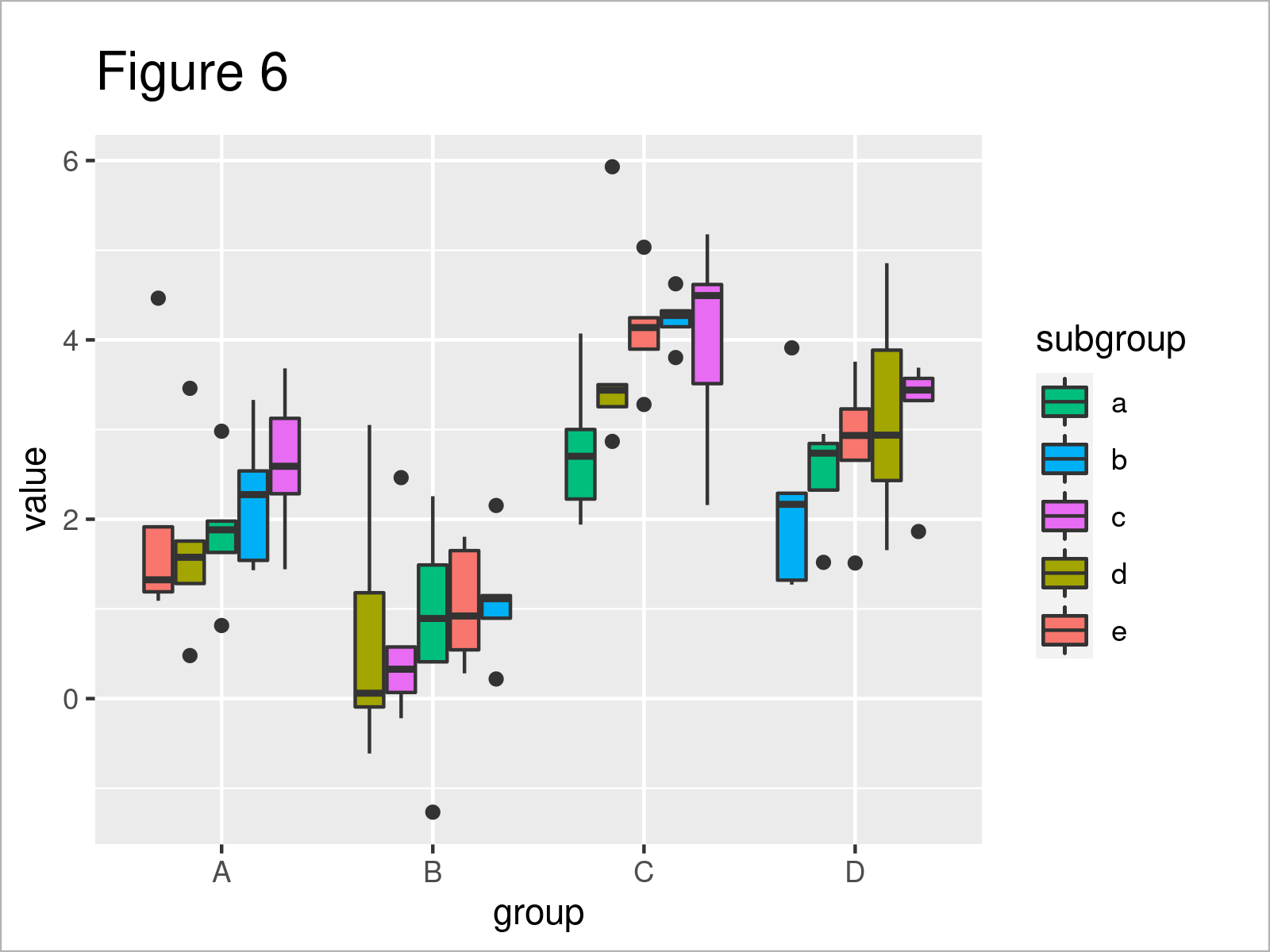 After executing the previous R code the grouped ggplot2 boxplot with sorted subgroup boxes you can see in Figure 6 has been drawn.

Note: The code of this example has been relatively complex. However, I haven’t found any simpler solution yet. Please let me know in the comments, in case you have any ideas on how to simplify this code.

So far, I have explained how to sort boxplots by the median. However, we can adjust this code to sort barplots as well.

In Example 4, I’ll explain how to draw a grouped barplot where the subgroups are sorted by the mean.

As a first step, we have to use the aggregate function to calculate the mean for each subgroup:

As shown in Table 3, the previous R syntax has created a new data frame containing a single mean value for each of our subgroups.

Next, we can use these data to draw a grouped ggplot2 barplot: 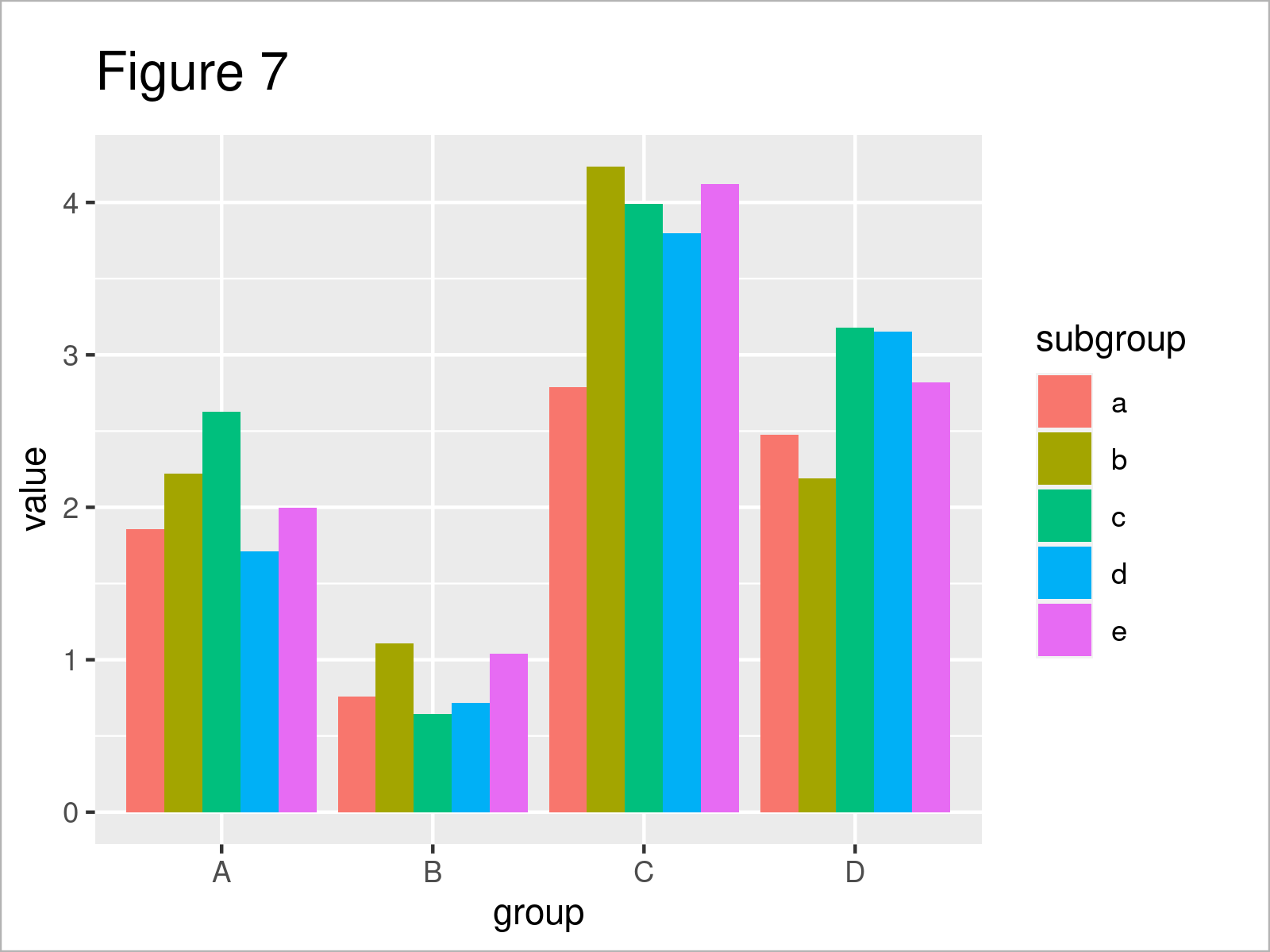 In Figure 7 you can see that we have created a grouped ggplot2 barplot with default ordering of the bars using the previous R programming syntax.

We might now use a similar syntax as in Example 3 to sort the subgroup bars within each main group: 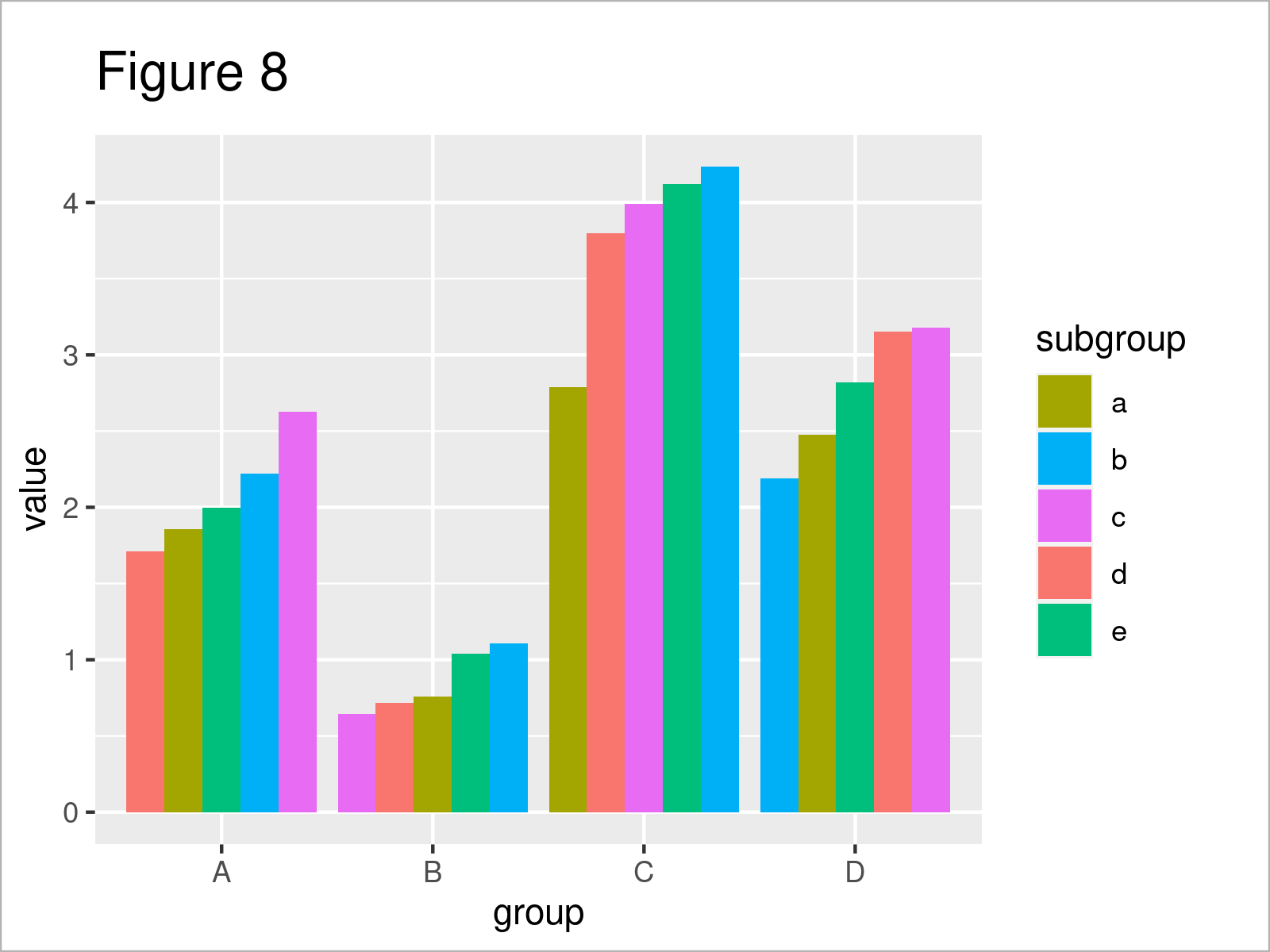 Figure 8 shows the output of the previous R code – The bars in each subgroup have been sorted.

Do you need further information on the R code of this article? Then I recommend having a look at the following video on my YouTube channel. In the video, I’m explaining the R programming codes of this article in a live session:

Furthermore, you may want to have a look at the other tutorials on my website:

In this R tutorial you have learned how to sort boxplots by median values. Don’t hesitate to let me know in the comments, if you have further questions. 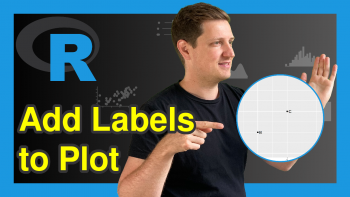 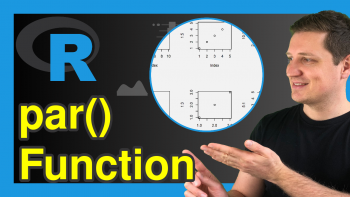