This tutorial shows how to compute the median in R.

The article is mainly based on the median() function. So let’s have a look at the basic R syntax and the definition of the median function first:

The median R function computes the sample median of a numeric input vector.

The R tutorial contains five examples for the application of the median function in R.

Before we can apply the median function, we need to create some example data. Consider the following numeric vector:

As you can see based on the RStudio console output, the median of our example vector is 5.5.

Note: Our example vector has an even length, resulting in a median value that does not exist in our example vector. The value 5.5 is the mean of the two middle values (i.e. 5 and 6). Learn more about the concept of even and uneven input vectors when calculating the median here.

A common issue in survey data is the occurrence of NAs (i.e. missing values). Let’s add such an NA value to our example vector:

If we now apply the median R function to this vector, the RStudio console returns NA:

Fortunately, the median function provides the option na.rm, which enables the user to exclude all NA values before the computation of the median:

We can also compute the median of a column of a data matrix. For this example, I’m going to use the Iris Flower data. Let’s load and inspect the data structure:

We can apply the median function to the first column of this data frame as follows:

The median of the column Sepal.Length is 5.8.

Note: We can also calculate the median across all columns and rows of our data with the colMedians and colRows functions. You can learn more about the function in this R programming tutorial.

The Iris Flower data set also contains a group indicator (i.e. the column Species). We can combine the aggregate function with the median function to get the median by group:

In statistical research, the median is often used in figures and graphics. Let’s create another example vector with larger sample size to get some nicer looking graphs:

Medians are typically visualized in boxplots, as you can see based on the following R syntax and Figure 1: 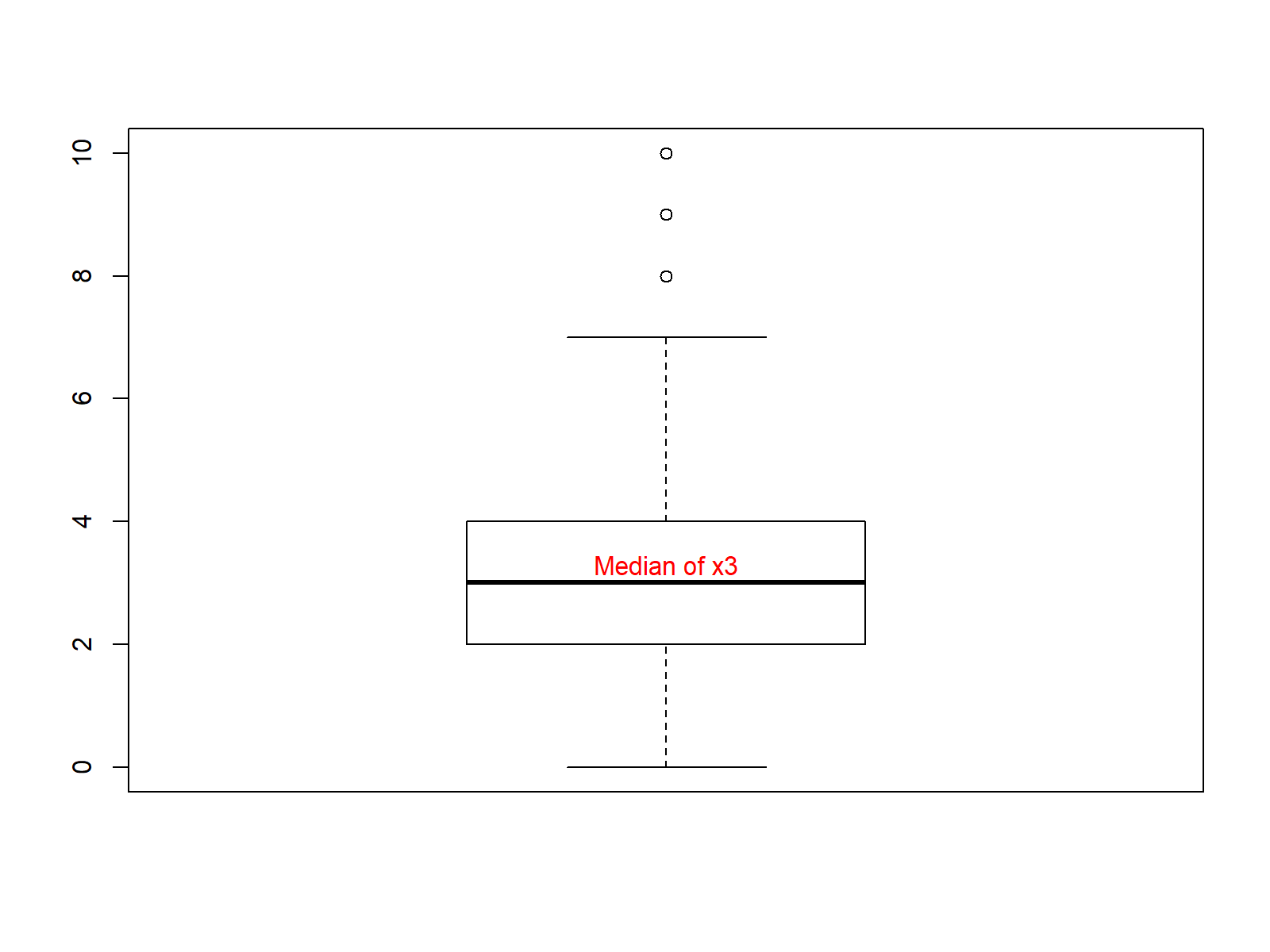 Figure 1: Boxplot with Median in R.

However, we could also draw a median line to other types of plots such as barcharts, scatterplots, histograms and so on. The following R code and Figure 2 show a median line drawn to a histogram: 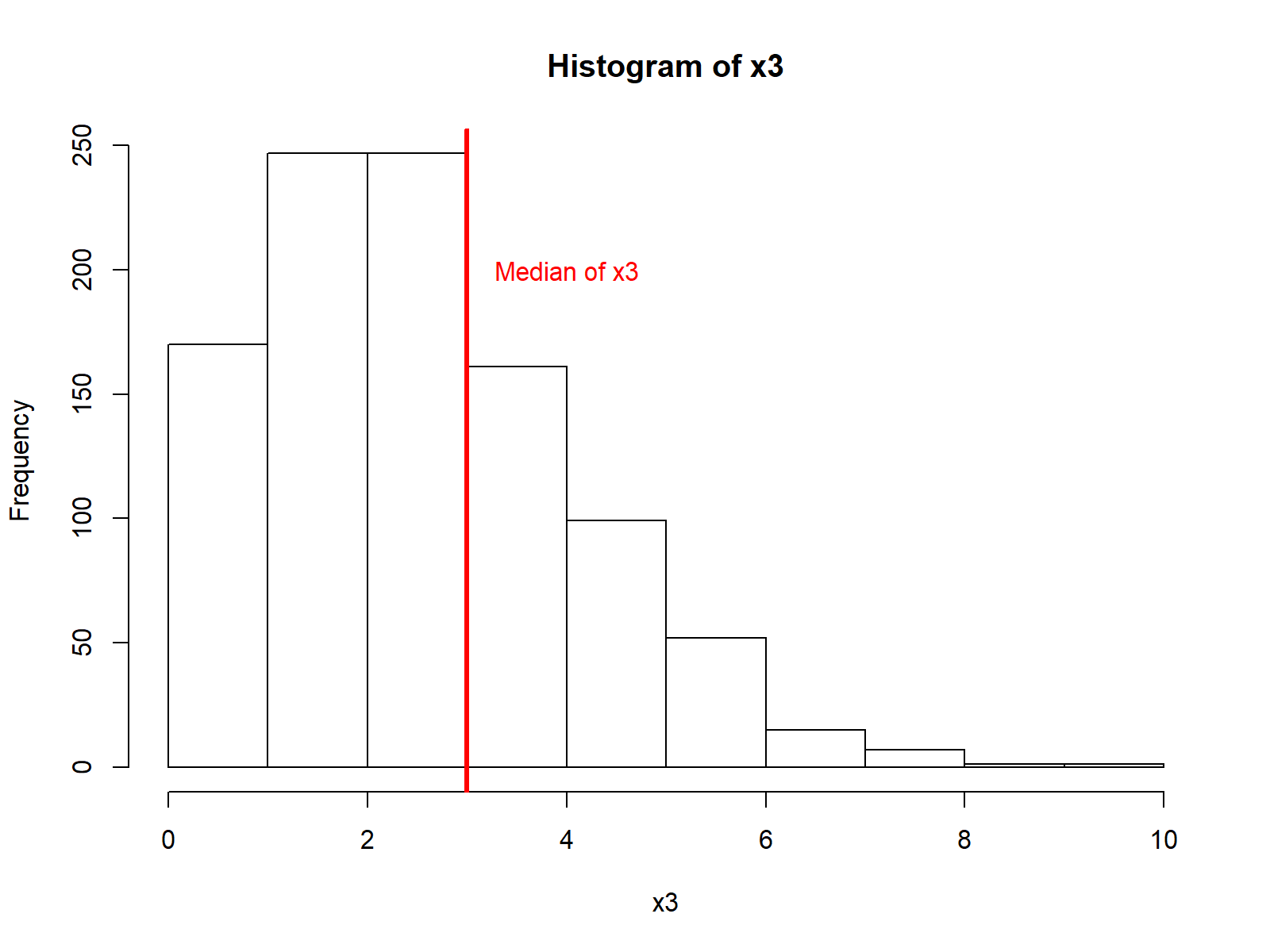 This tutorial illustrated how to use the median in different data scenarios in the R programming language.

However, in case you want to know other stuff about the theoretical research concept of the median, you could have a look at the following YouTube video of the mathantics channel.

The speaker of the video does not only explain the median, but also of the related concepts of the mode and mean. If you are not sure which metric to use for the calculation of an average, this video may be a good help.

Furthermore, you might want to have a look at some of the other R tutorials of this website:

I hope that you at this point know how to use the median command in R. However, if you have any additional questions or comments, don’t hesitate let me know in the comments section below. In addition, you might want to subscribe to my email newsletter for more R tutorials. 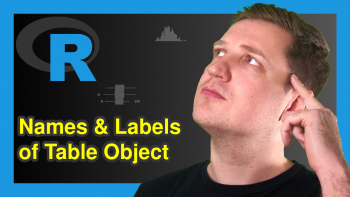 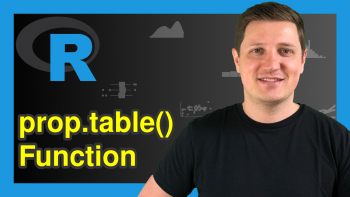