Mean by Group in R (2 Examples) | dplyr Package vs. Base R

In this tutorial you’ll learn how to compute the mean by group in the R programming language.

Let’s dig into it!

For the following examples, I’m going to use the Iris Flower data set. Let’s load the data to R:

As you can see based on Table 1, the Iris Flower data contains four numeric columns as well as the grouping factor column Species

Next, I’ll show you how to calculate the average for each of these groups. Keep on reading!

Example 1: Compute Mean by Group in R with aggregate Function

The first example shows how to calculate the mean per group with the aggregate function.

We can compute the mean for each species factor level of the Iris Flower data by applying the aggregate function as follows:

Note: By replacing the FUN argument of the aggregate function, we can also compute other metrics such as the median, the mode, the variance, or the standard deviation.

It’s definitely a matter of taste, but many people prefer to use the dplyr package to compute descriptive statistics such as the mean. This example shows how to get the mean by group based on the dplyr environment.

Let’s install and load the dplyr package to R:

Now, we can use all the functions of the dplyr package – in our case group_by and summarise_at:

The output of the previous R syntax is a tibble instead of a data.frame. However, the results are the same as in Example 1.

On the Statistics Globe YouTube channel, you can also find a tutorial video, where I explain the content of this topic in some more detail:

This tutorial illustrated how to compute the means for certain data frame subsets (i.e. groups) in the R programming language. In case you want to learn more about the theoretical research concept of the mean, I can recommend the following video of the mathantics YouTube channel:

Furthermore, you could also have a look at some of the related R tutorials that I have published on my website:

I hope you found the tutorial helpful. However, if you have any questions or comments, don’t hesitate to let me know below. 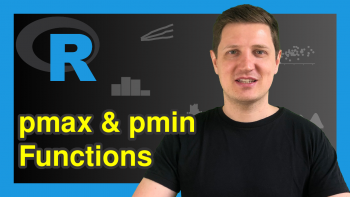 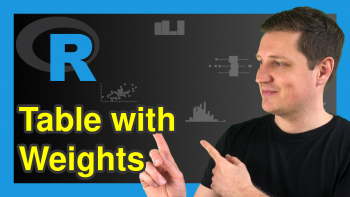