This tutorial explains how to set the axis limits of a ggplot in the R programming language.

The following examples are based on this example data:

To create plots with the ggplot2 package, we need to install and load the package to RStudio:

Without any specifications of our axes, a basic density plot created with the ggplot2 package would look as follows: 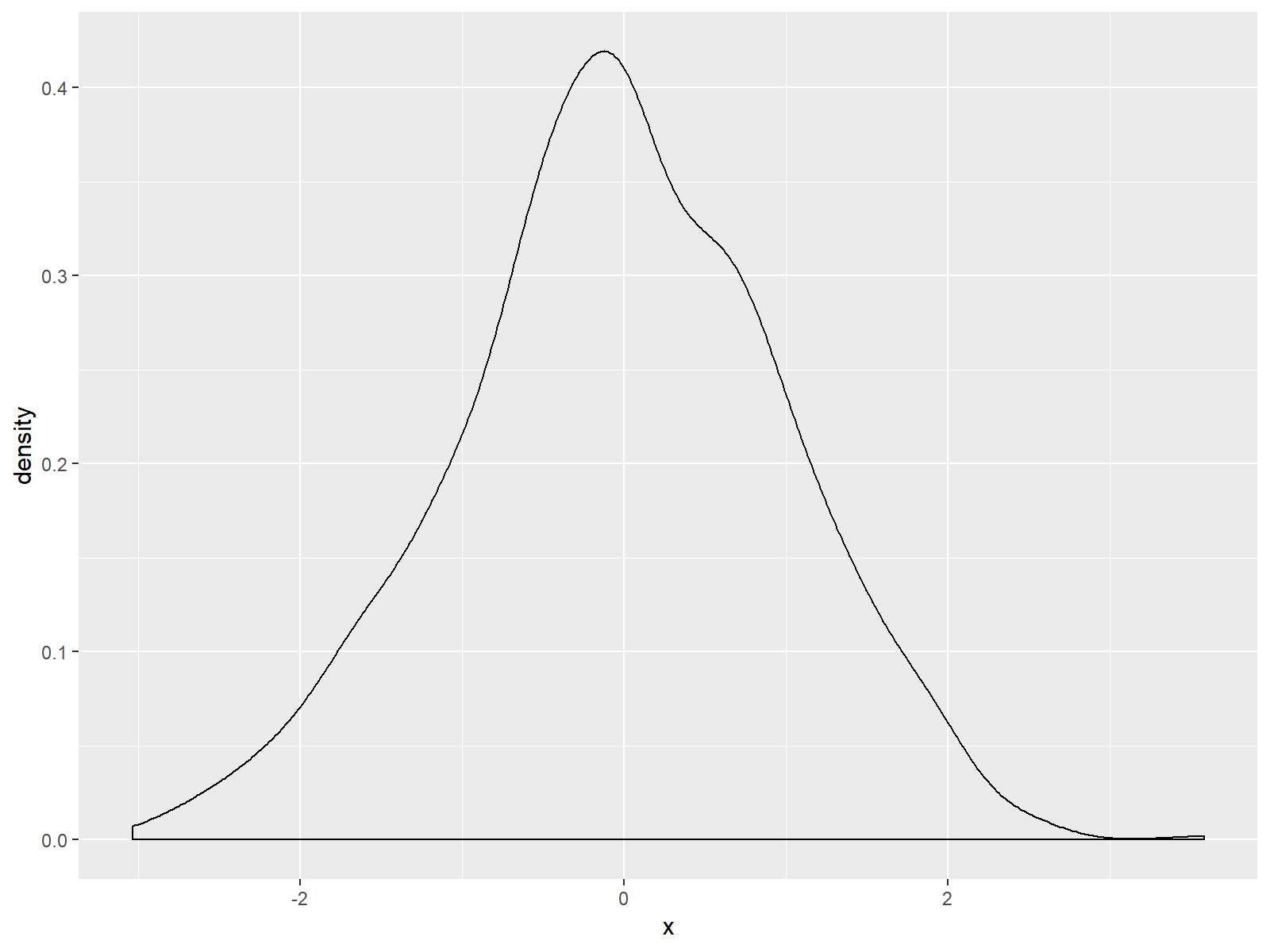 As you can see based on Figure 1, ggplot2 automatically adjusts the axes so that all data points are shown. Furthermore the ggplot2 package leaves some space around the plotted data.

In the following examples, I’ll show you how to modify the axes of such ggplots. Note that this example is based on a density plot. However, the following R codes could be applied to any other types of plots and graphics (e.g. histogram, barchart, scatterplot, and so on…).

We have basically two alternatives, if we want to change our ggplot2 axis ranges. The first alternative is based on the scale_x_continuous function: 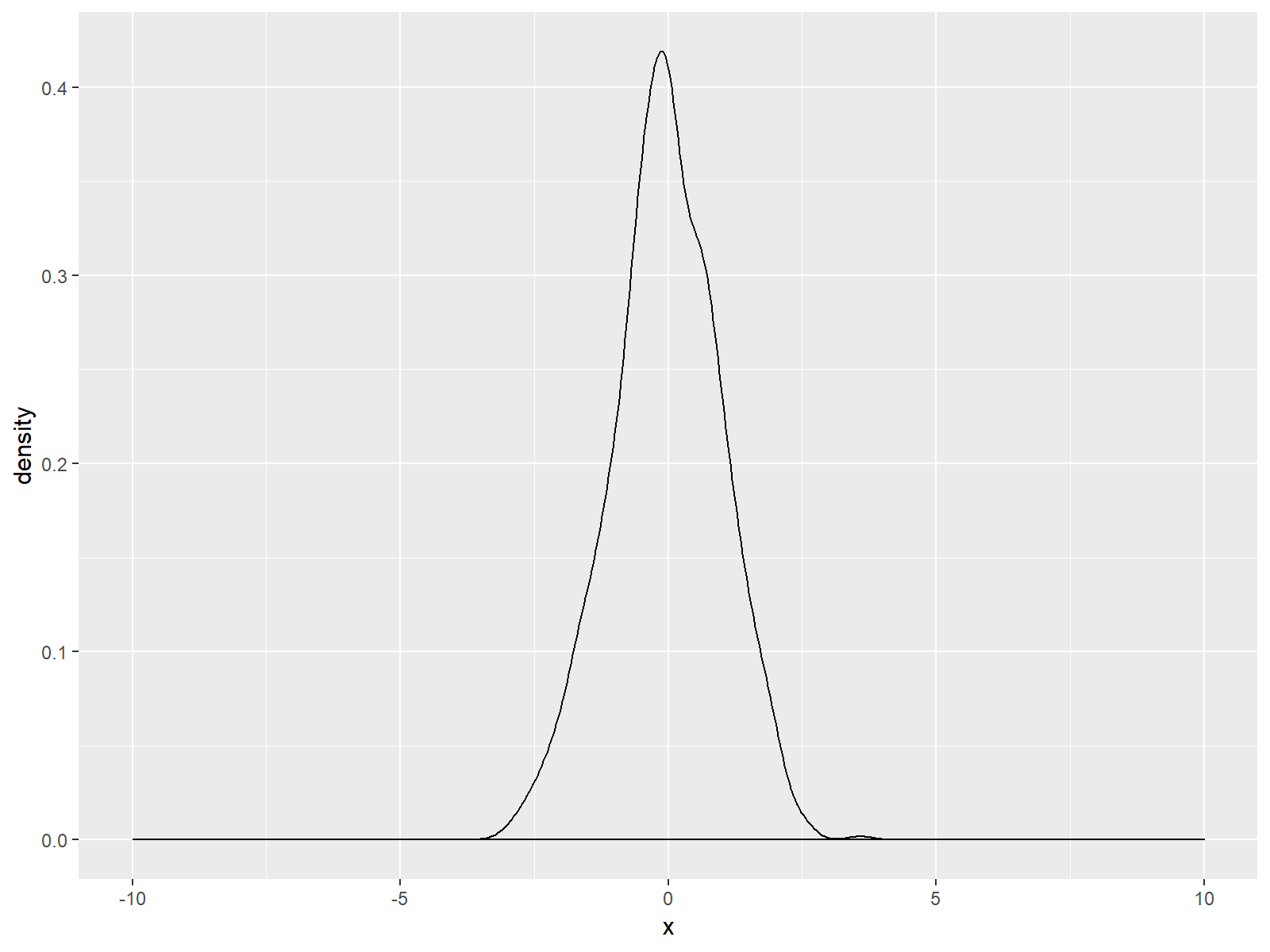 As you can see based on the previous R syntax, we specified the axis limits within the scale_x_continuous command to be within the range of -10 and 10. Of cause you could use any range you want.

Note: Equivalently to scale_x_continuous there also exists the scale_y_continuous function, which can be applied in the same manner in order to move the scale of the y-axis of a ggplot.

Another way to widen the axis ranges of our plot relies on the coord_cartesian function: 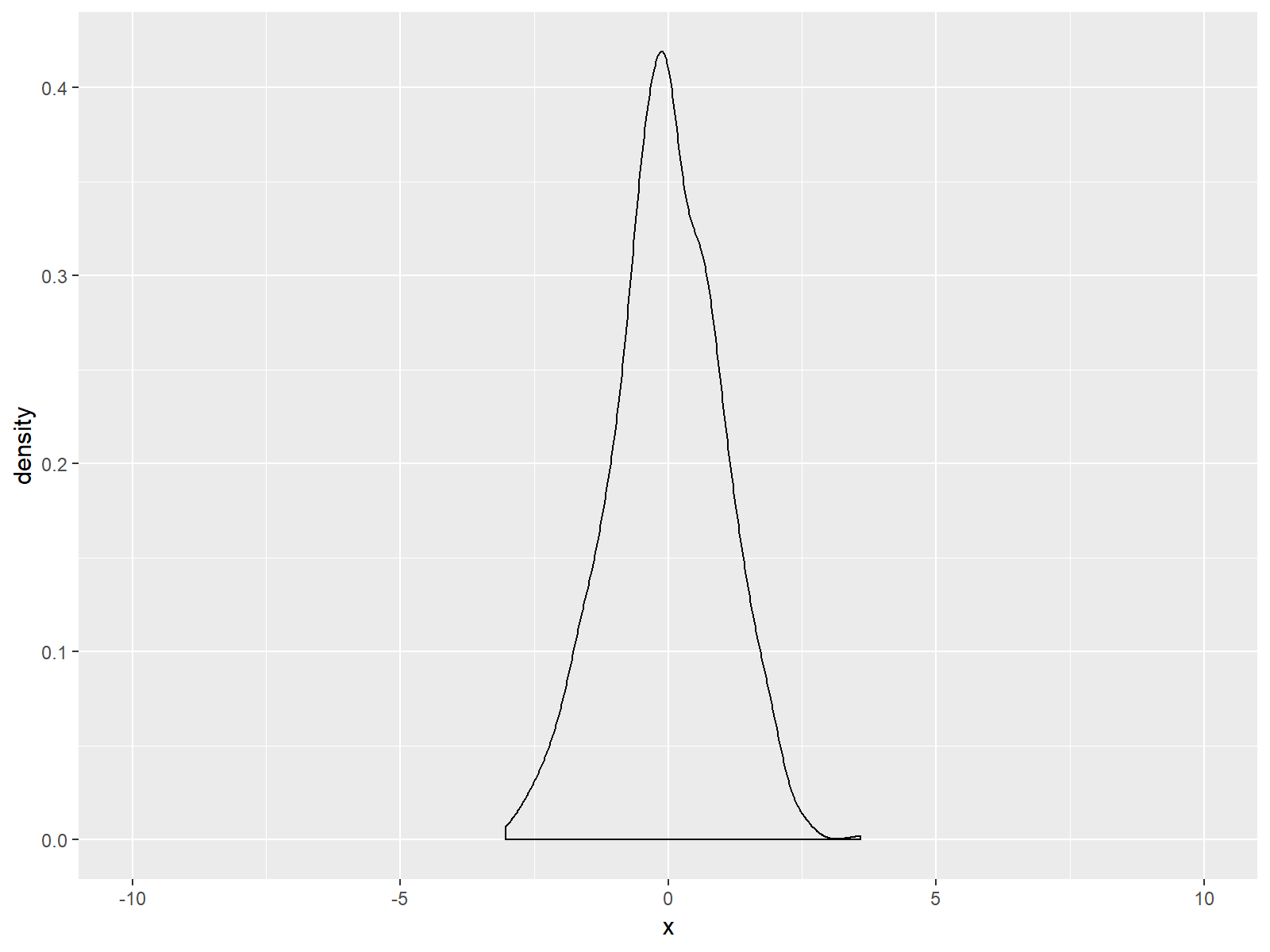 If you compare Figure 2 and Figure 3, you can see the difference between the two alternatives. The scale_x_continuous draws a black line at the bottom of our graph; but the coord_cartesian function does not.

Note: Within coord_cartesian you could also specify the ylim argument in order to adjust the y-axis.

Example 3: Cutting off Values with Zoom In

In the previous examples, I explained how to extent the x-axis range of a ggplot. However, we can also make the shown range smaller than the default: 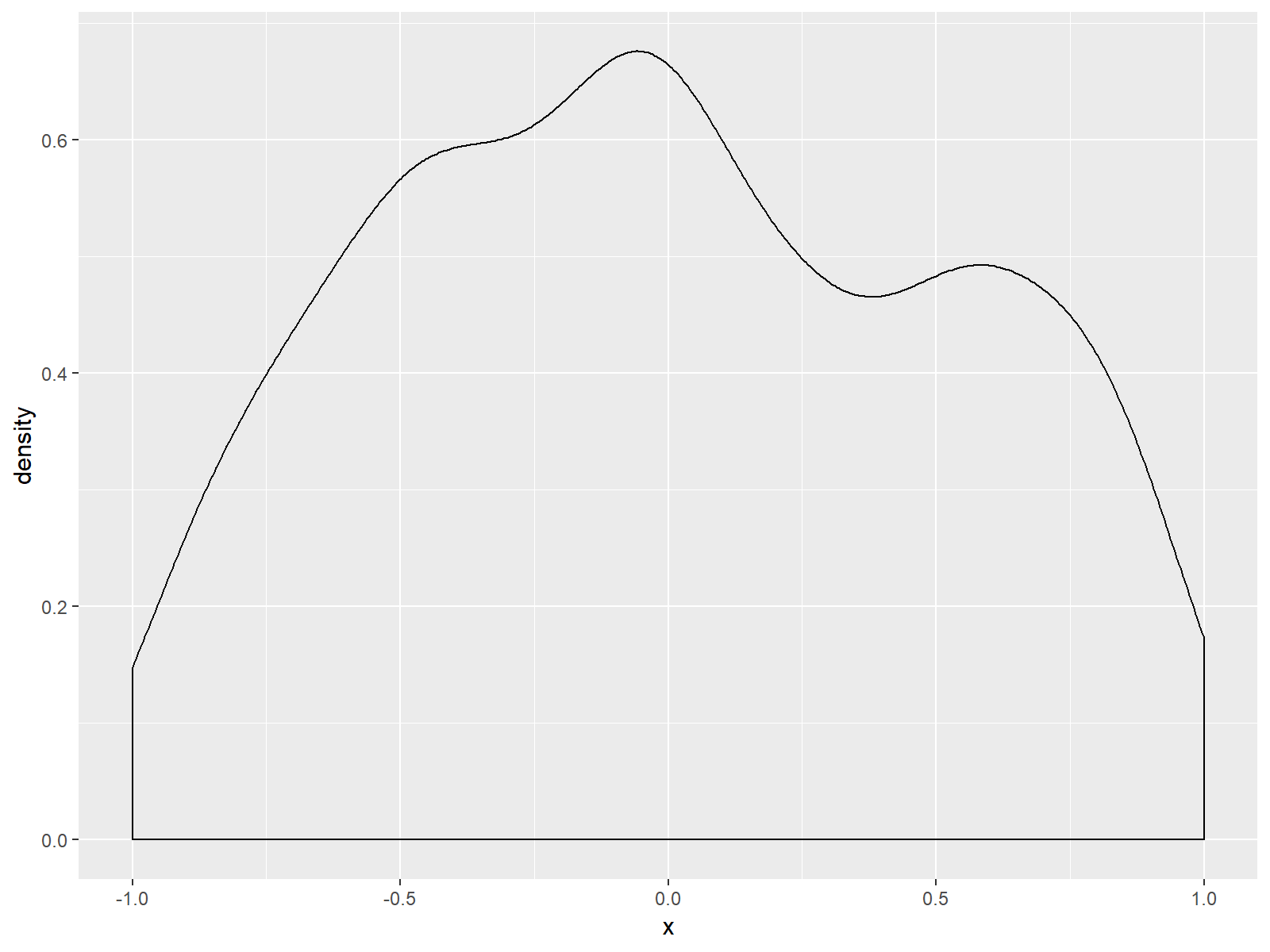 Figure 4: Zoomed In Density Plot is Cutting of Some Values.

As you can see based on Figure 4, we zoomed in and cut off several values of our data. This is also the reason why the RStudio console returned the following warning message:

328 observations of our example are not shown in the zoomed in version of our plot.

In case you need further explanations for the examples shown in this tutorial, you could have a look at the following video of the Statistics Globe YouTube channel. In the video, I’m explaining the examples of this article in more detail:

In addition, you may want to have a look at the other R tutorials of my website. You can find some interesting tutorials for handling of the ggplot2 package below. These tutorials are definitely a good basement for the data visualization with ggplot2:

In this article you learned how to set the axis limits of a ggplot in the R programming language. If you have comments or questions, don’t hesitate to let me know in the comments section below. 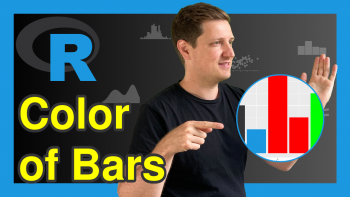 Change Colors of Bars in ggplot2 Barchart in R (2 Examples) 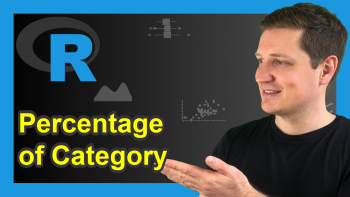