This article explains how to group a data frame based on two variables in R programming. 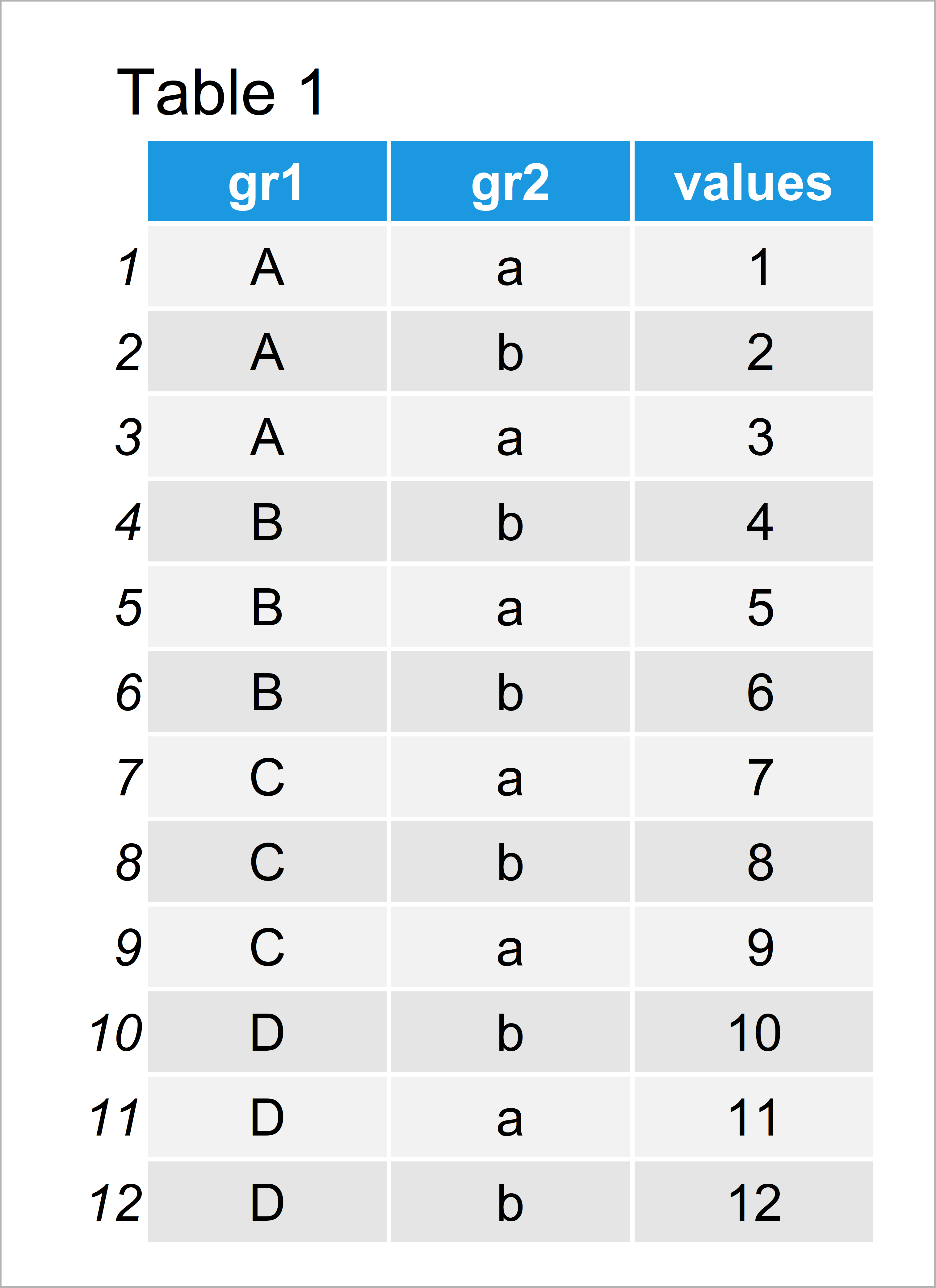 As you can see based on Table 1, our example data is a data frame consisting of twelve data points and the three columns “gr1”, “gr2”, and “values”.

This example explains how to group and summarize our data frame according to two variables using the functions of the dplyr package.

In order to use the functions of the dplyr package, we first have to install and load dplyr: 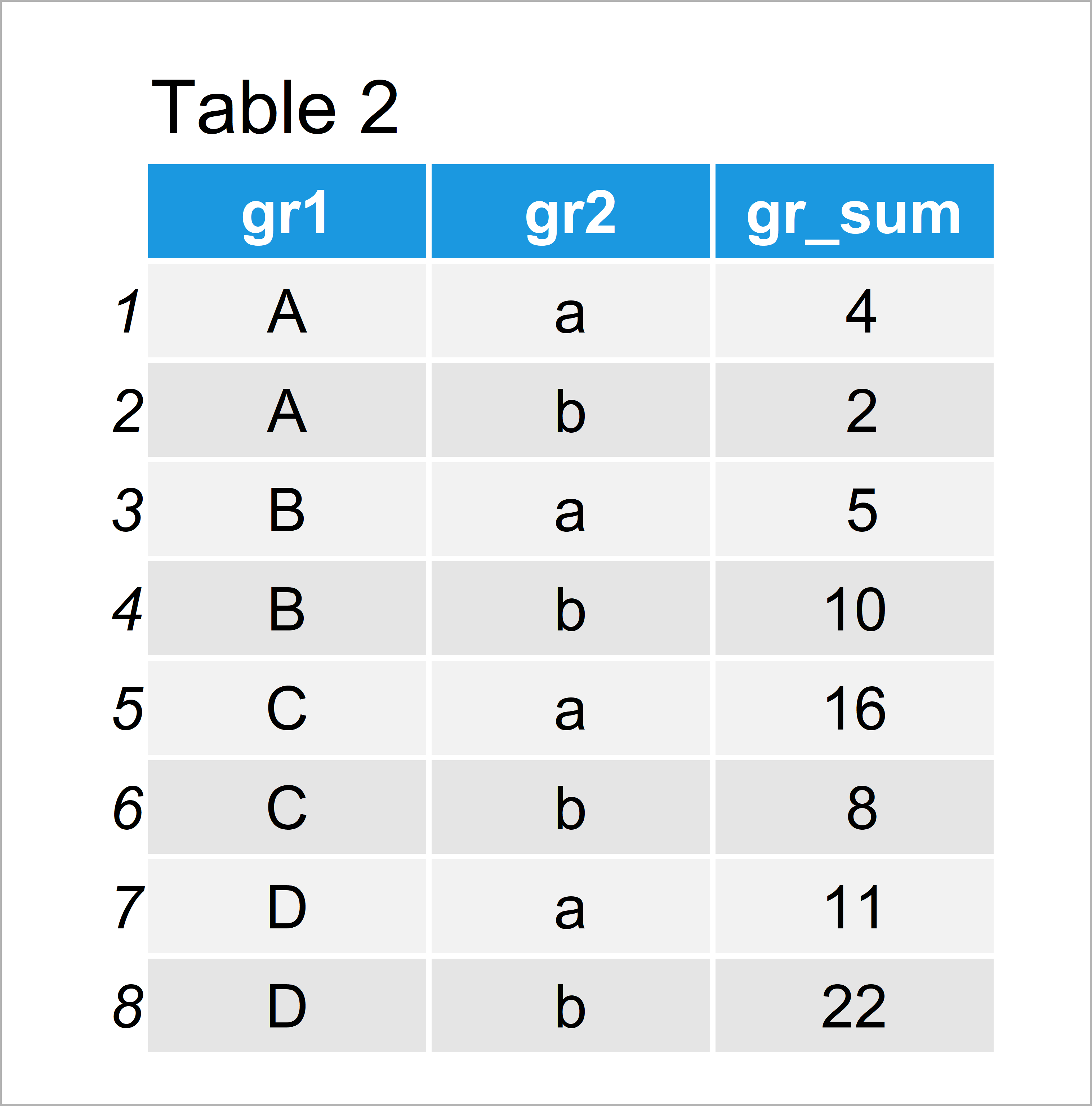 By executing the previous R code we have created Table 2, i.e. a data frame that has been grouped by two variables.

Note that we have calculated the sum of each group. However, it would also be possible to compute other descriptive statistics such as the mean or the variance.

Also, note that we have converted our final output from the tibble to the data.frame class. In case you prefer to work with tibbles, you may remove the last line of the previous R code.

Would you like to know more about the grouping of data frames? Then you might watch the following video of my YouTube channel. In the video, I show the R programming syntax of this tutorial:

To summarize: This tutorial has demonstrated how to group a data set by multiple columns in R. If you have additional questions, please let me know in the comments below. 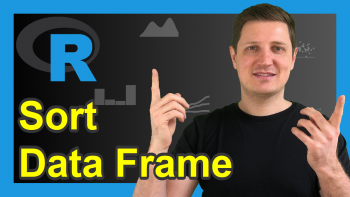 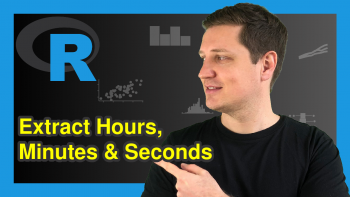