This page shows how to compute the harmonic mean in the R programming language.

I will show based on two reproducible examples how to calculate the harmonic mean for a numeric vector or a data frame column.

You are here for the answer, so let’s dig in!

In order to get the harmonic mean of this vector, we need to install and load the psych add-on package:

Now, we can apply the harmonic.mean function of the psych package to compute the harmonic mean of our example vector:

As you can see based on the RStudio console output, the harmonic mean of our example vector is 23.68814.

Note: The harmonic.mean command could also be applied to data with NA values (i.e. missing values). By default, such values are removed before processing.

In the second example, we will apply the harmonic.mean R function of the psych package to some real data, i.e. the Iris Flower data set. We can load the data as follows:

Now, we use the harmonic.mean to compute, for instance, the harmonic mean of the first data frame column:

Furthermore, you might have a look at some of the other R programming tutorials that I have published on statisticsglobe.com:

This is all I wanted to show you in this tutorial. However, in case you have any questions or comments please let me know in the comments section below. 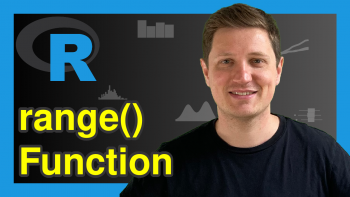 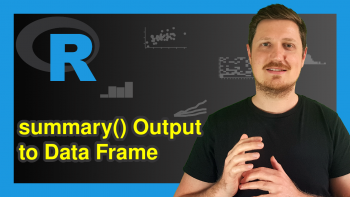