In this article you’ll learn how to compute the mean in R.

The tutorial is mainly based on the mean() function. Let’s have a look at the basic R syntax and the definition of the mean function first:

The mean R function computes the arithmetic mean of a numeric input vector.

In the following, I’ll explain in four examples how to apply the mean function in R.

First, let’s create a numeric example vector, to which we can apply the mean R function:

We can now apply the mean function to this vector as follows:

Based on the RStudio console output we can see: The mean of our vector is 4.625.

This was easy… But wait, there might occur problems. Keep on reading!

A typical problem occurs when the data contains NAs. Let’s modify our example vector to simulate such a situation:

Our new example vector looks exactly the same as the first example vector, but this time with an NA value at the end. Let’s see what happens when we apply the mean function as before:

The RStudio console returns NA – not as we wanted. Fortunately, the mean function comes with the na.rm (i.e. NA remove) option, which can be used to ignore NA values. Let’s do this in practice:

As you can see, we get the same mean output as before.

Note: The na.rm option can also be used to ignore NaN or NULL values.

A less often used option of the mean command is the trim option. The trim option can be used to trim the fraction of observations from each end of our input data before the average is computed. Values of trim outside that range are then taken as the nearest endpoint.

Let’s use our first example vector for illustration:

So far, we have only used a simplified example vector. This example shows how to apply the mean function to the column of a real data set.

For the example, I’m going to use the Iris data set, which can be loaded to RStudio as follows:

If we now want to extract the mean of the first column of the Iris data, we can use the following R code:

This tutorial illustrated some of the most important functionalities of the mean function. Since the mean is such an important metric in statistical research and data science, there are many other ways in which the mean function could be applied.

However, I didn’t want to blow up this tutorial too much and have therefore created several other tutorials containing more complex applications of the mean function or other related R commands. You can find a list of these R tutorials below:

Furthermore, you might be interested to learn more about the theoretical research concept of the mean. In this case, I recommend having a look at the following video of the mathantics YouTube channel. In the video, the speaker is not only explaining the mean, but also the related measures median and mode.

In addition, you could also have a look at some of the more general R tutorials of my website:

In summary: I hope that you know how to deal with the mean function in the R programming language at this point. However, if you have any questions or comments, please let me know in the comments section below. 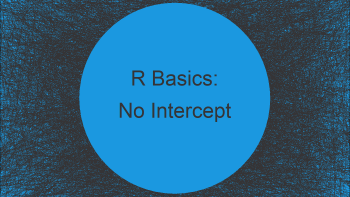 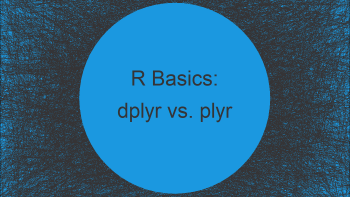