This tutorial explains how to draw ggplot2 plots with textures and patterns using the ggpattern package in R programming.

Some Details About the ggpattern Package

The ggpattern package is used to add geometric and image-based patterns to ggplot2 plots in R.

If you have never heard about the ggpattern package, you may ask: Why do I even need this package?

The reason: This package uplifts data visualizations with the ggplot2 package to the next level!

Especially in case you want to draw different data groups in the same graphic, it might be helpful to have another way (in addition to colors) to differentiate between the different groups in your data.

Sounds good? So how can we install the ggpattern package?

If we want to plot our data with the ggplot2 package, we also have to install and load ggplot2:

Before we jump into the examples of this tutorial, I also want to give credit to Mike FC, the developer of this package. On this homepage, you can find the development process and many additional tutorials on the ggpattern package.

Have a look at the previous output of the RStudio console. It reveals that our example data has two columns.

In Example 1, I’ll show how to create a ggplot2 barchart with the default pattern used by the ggpattern package. 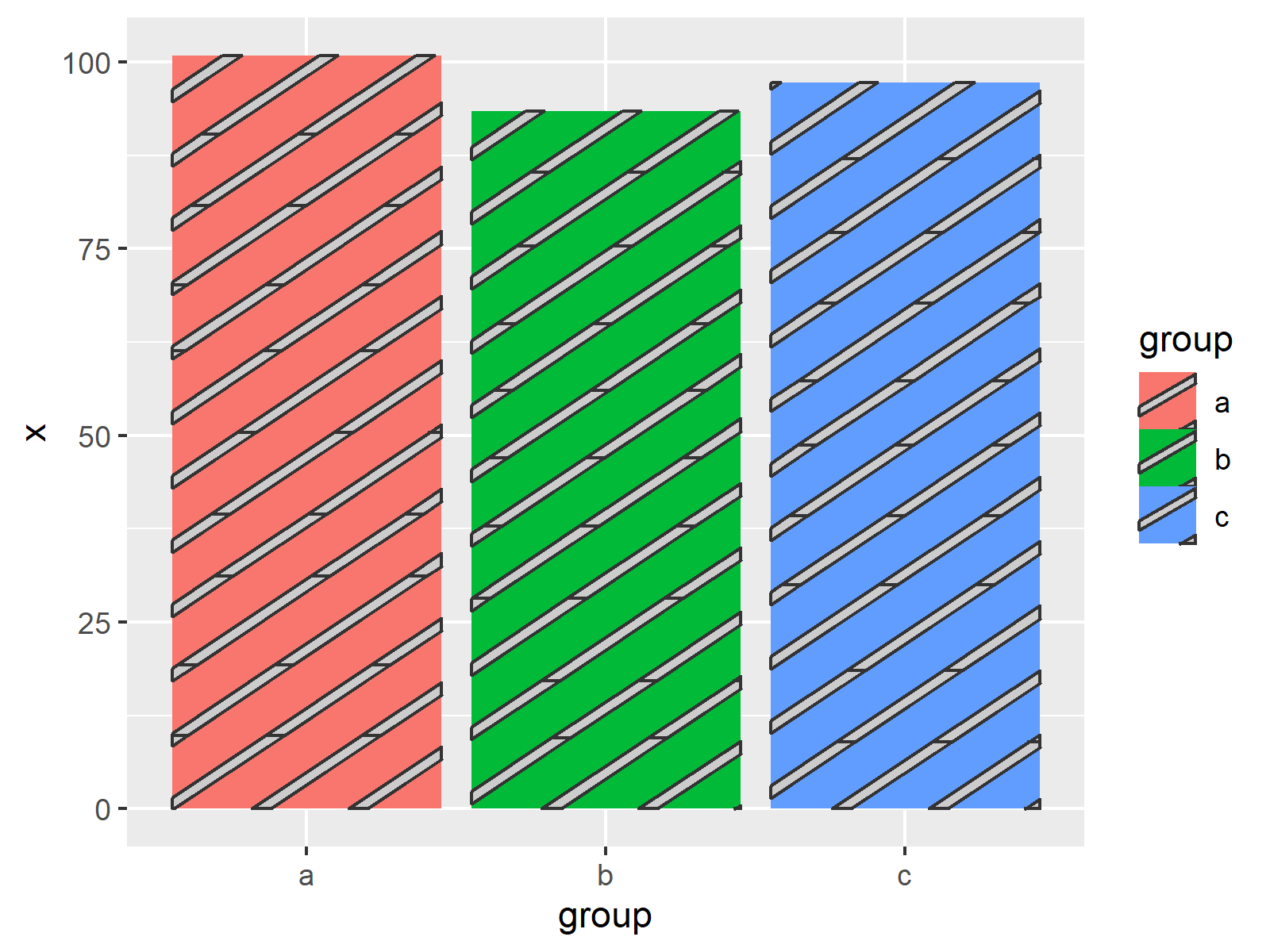 Figure 1 illustrates the output of the previous R programming syntax: A ggplot2 barplot with the same texture in each bar.

In Example 2, I’ll illustrate how to change the colors of our pattern. 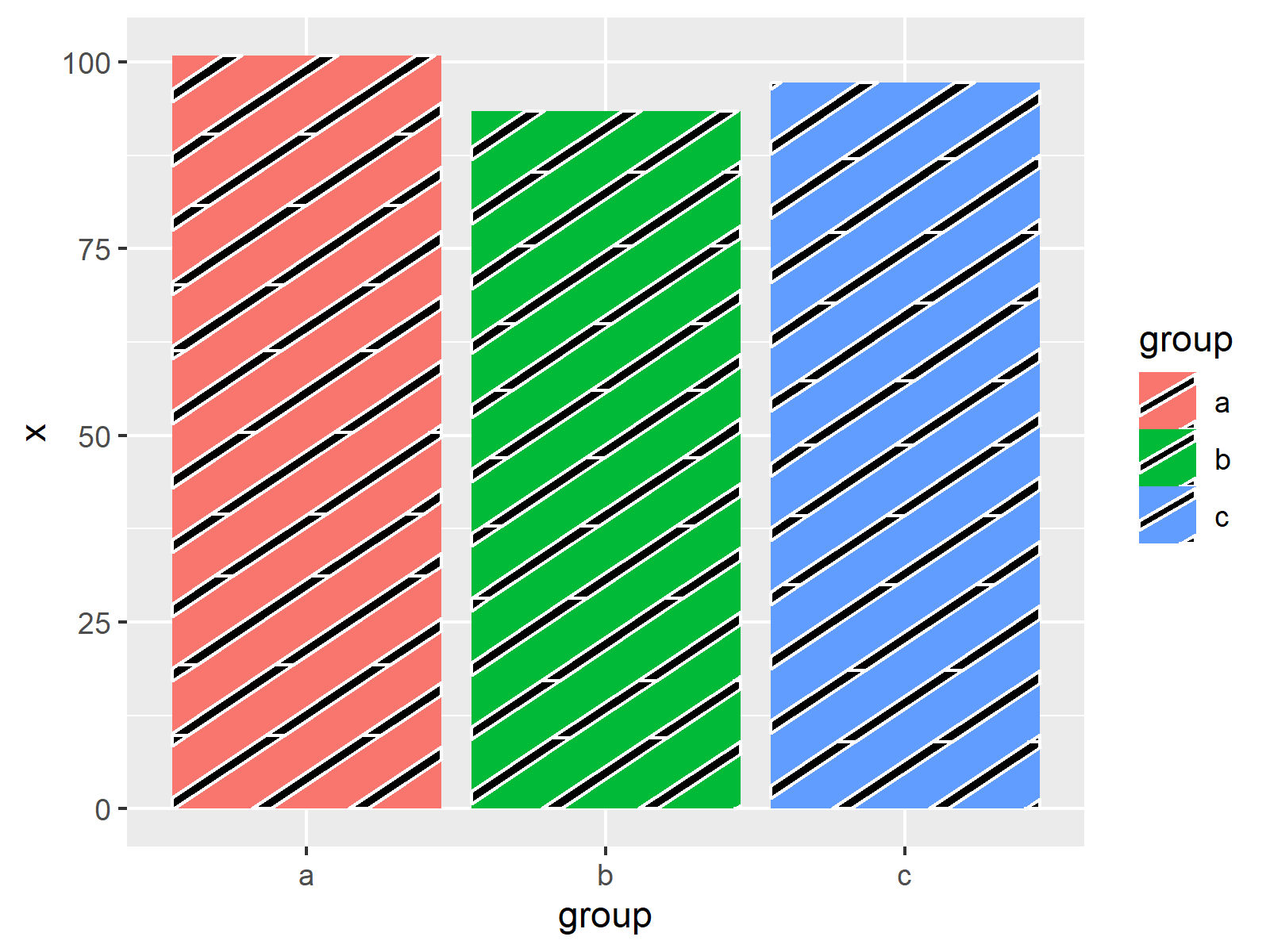 As shown in Figure 2, the previous syntax created another barchart with patterns, but this time the colors of the patterns were set manually.

In my opinion, this example shows the most important point of the ggpattern package!

The syntax below shows how to specify a different texture for each of the groups in our data frame. For this, we have to use the aes function and the pattern argument as shown below: 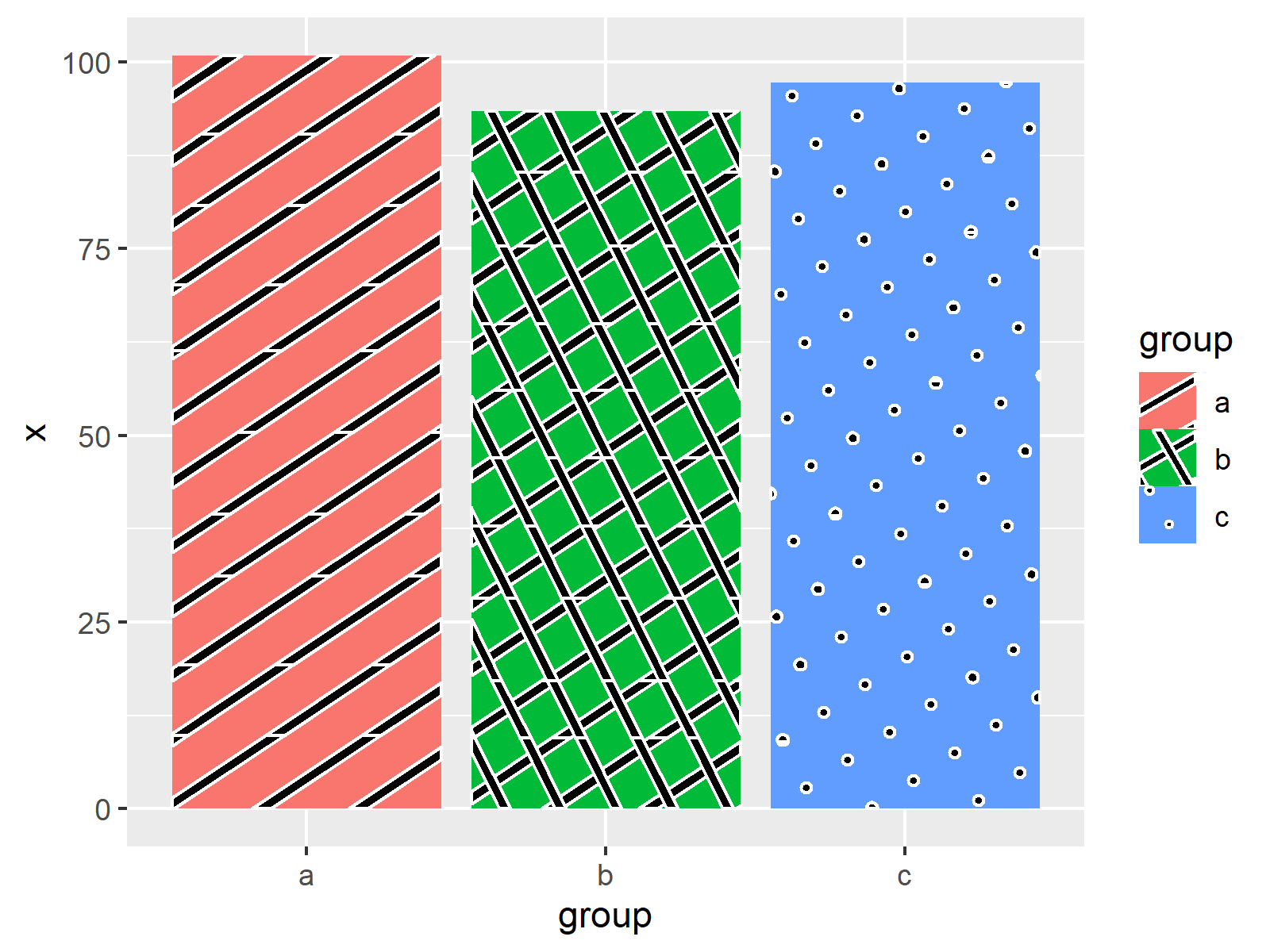 As shown in Figure 3, the previous code drew a barplot with different pattern in each bar. Looks great, doesn’t it?!

So far, we have used the ggpattern package only for barcharts.

This example explains how to draw multiple ggplot2 densities in the same graphic with different patterns for each density using the geom_density_pattern function. 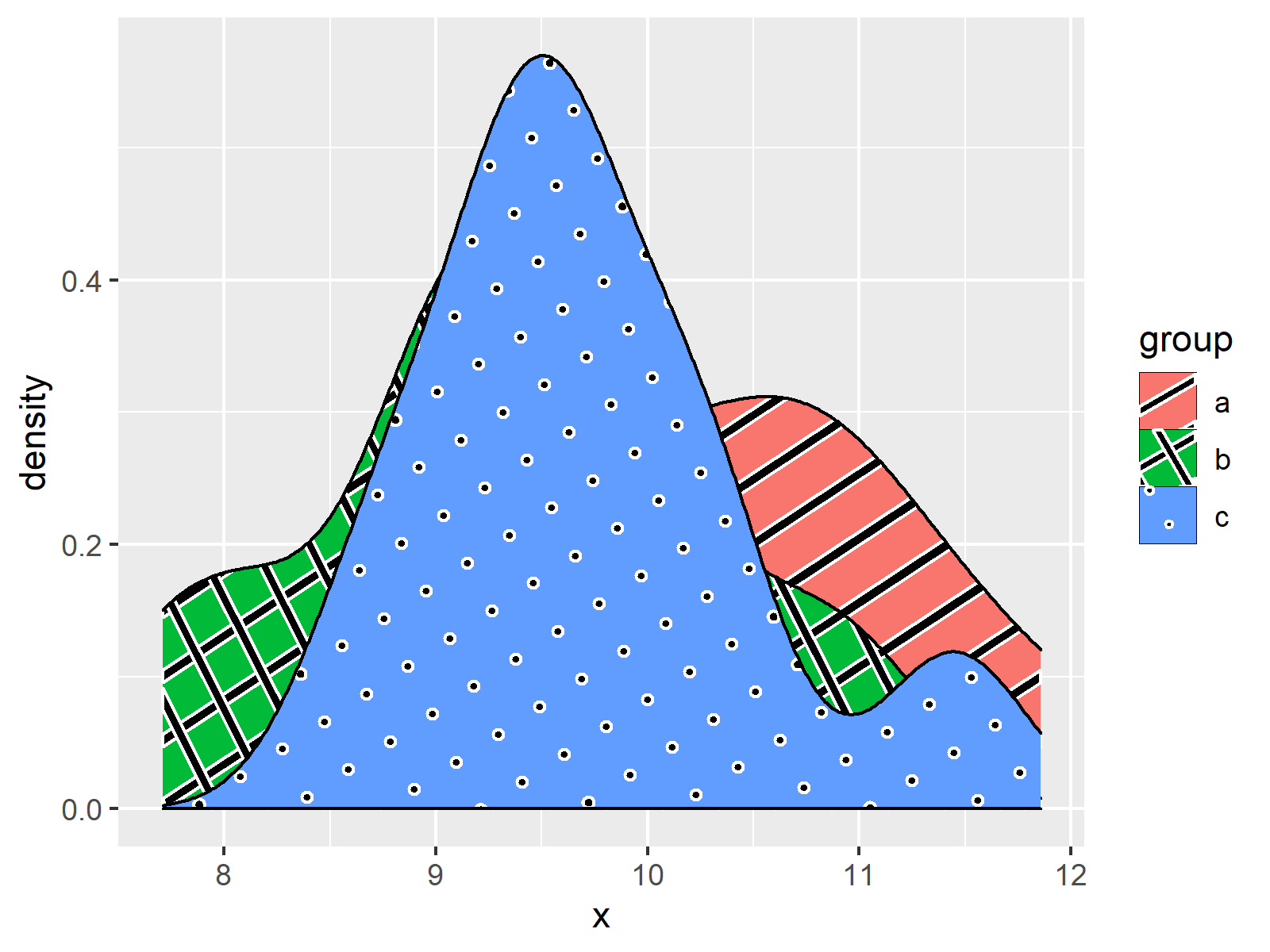 In graphics containing multiple overlapping densities, it might be useful to make the densities transparent. 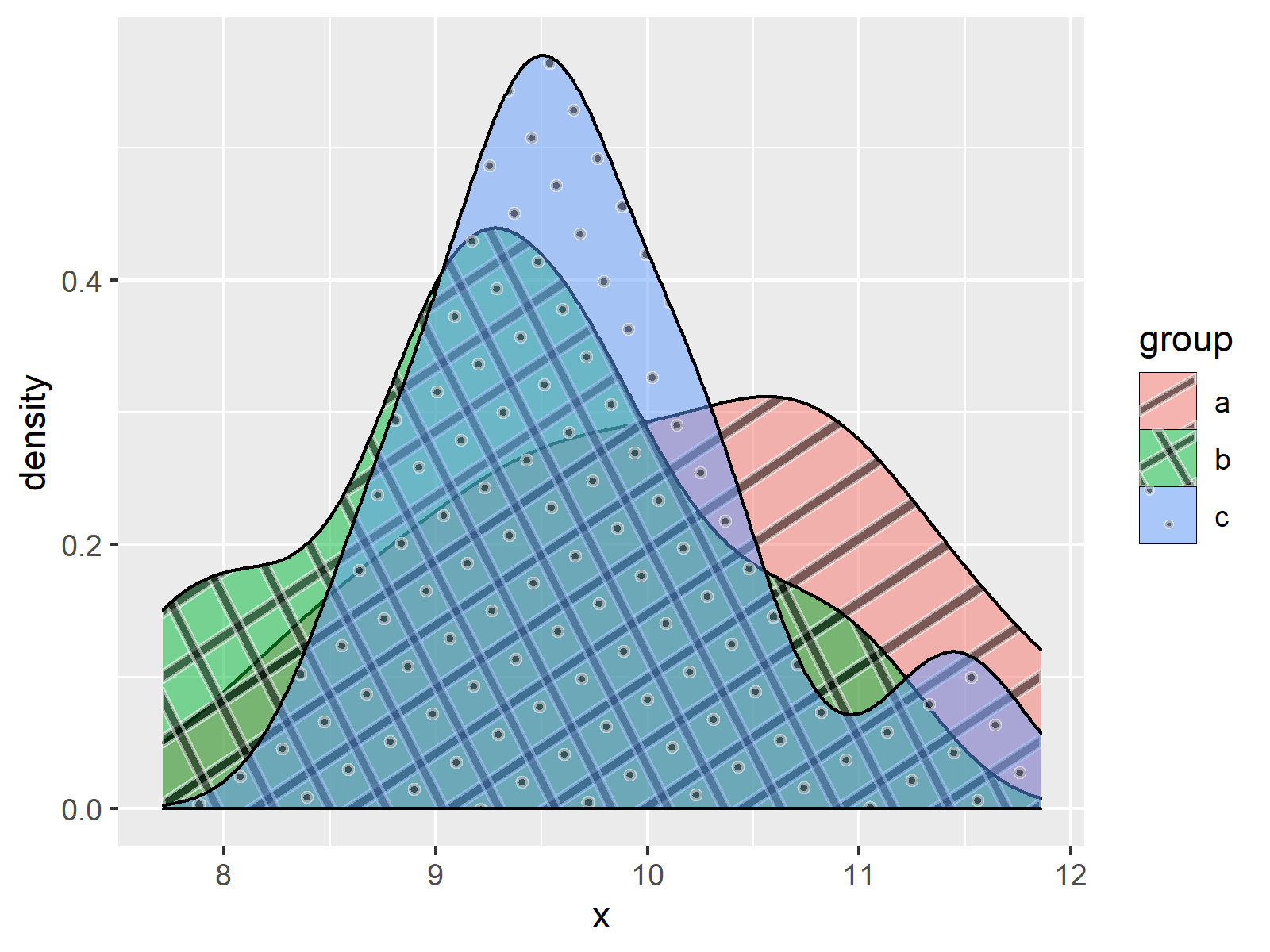 The following syntax explains how to apply the geom_boxplot_pattern function to draw multiple ggplot2 boxplots with patterns in the same graph: 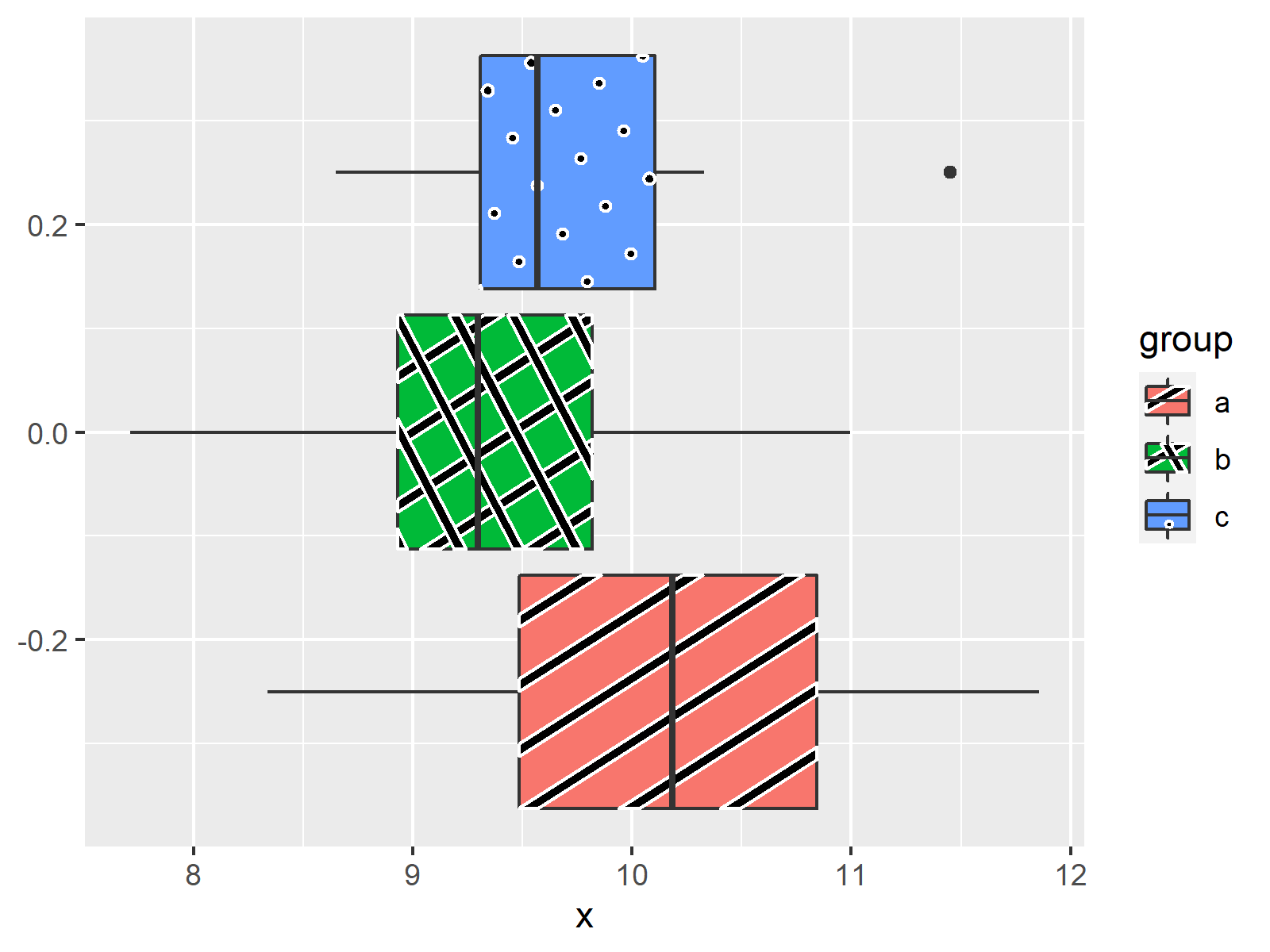 The output of the previous code is shown in Figure 6 – A graphic containing several boxplots. Each boxplot is shown with a different pattern.

Besides that, you may want to read some of the related articles on my homepage:

Summary: You learned in this tutorial how to apply the functions of the ggpattern package in R. Don’t hesitate to tell me about it in the comments section, in case you have further questions. 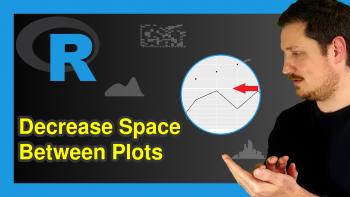 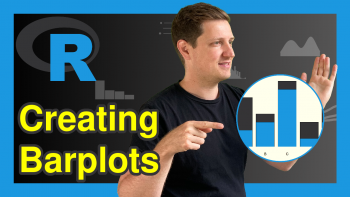