In this tutorial, I’ll illustrate how to arrange plots and tables in the same grid layout in the R programming language.

The first step is to define some data that we can use in the examples later on: 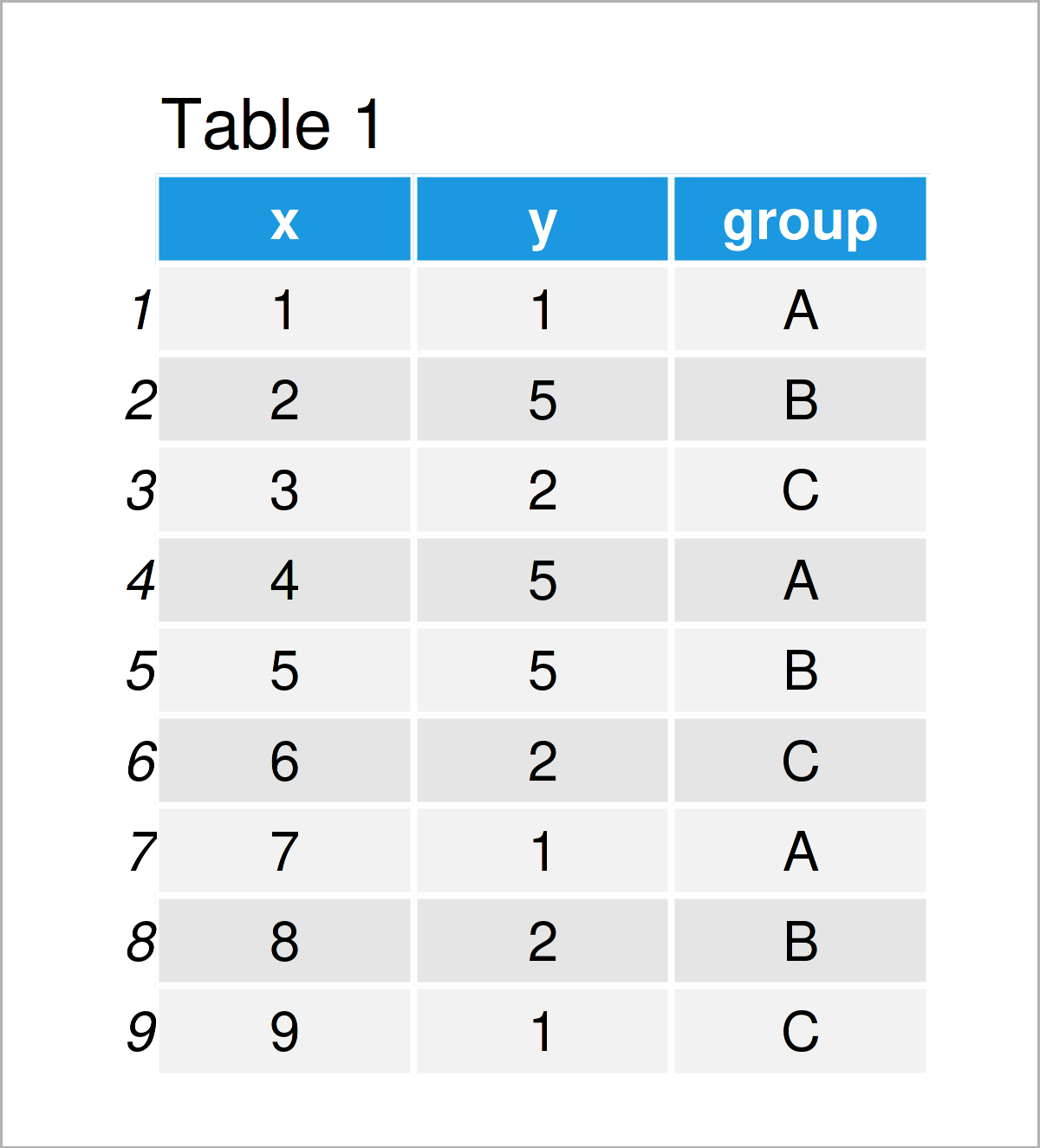 Have a look at the previous table. It shows that our example data consists of nine rows and three variables.

Next, I’ll explain how to draw a grid of plots and tables based on these data.

In this example, I’ll demonstrate how to combine multiple plots and tables in the same graphical layout side-by.side.

For this example, we first need to install and load the ggplot2 package:

Now, we can draw our data as shown below: 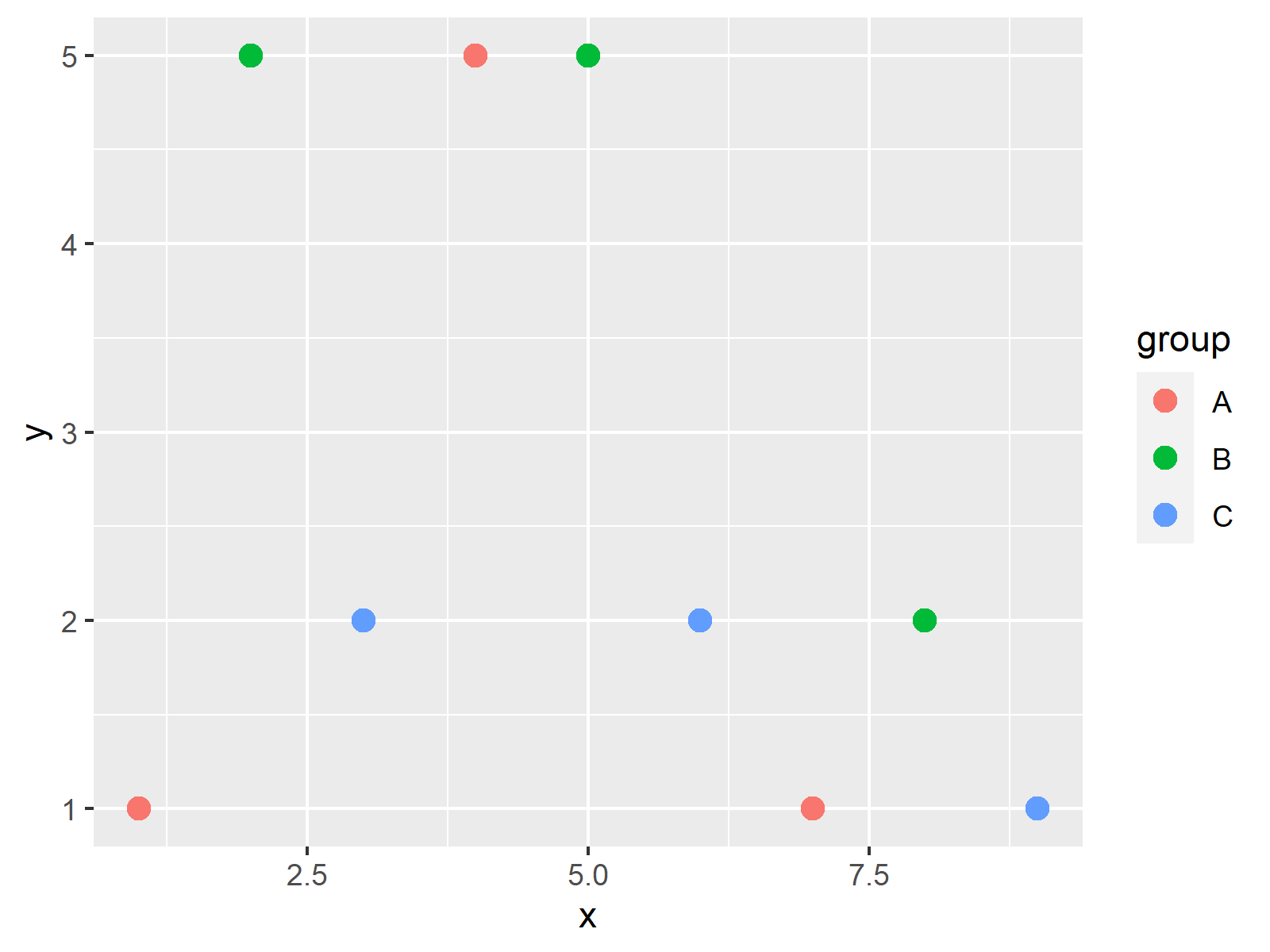 As shown in Figure 1, we have created a new ggplot2 scatterplot.

Next, let’s create a contingency table based on the columns y and group: 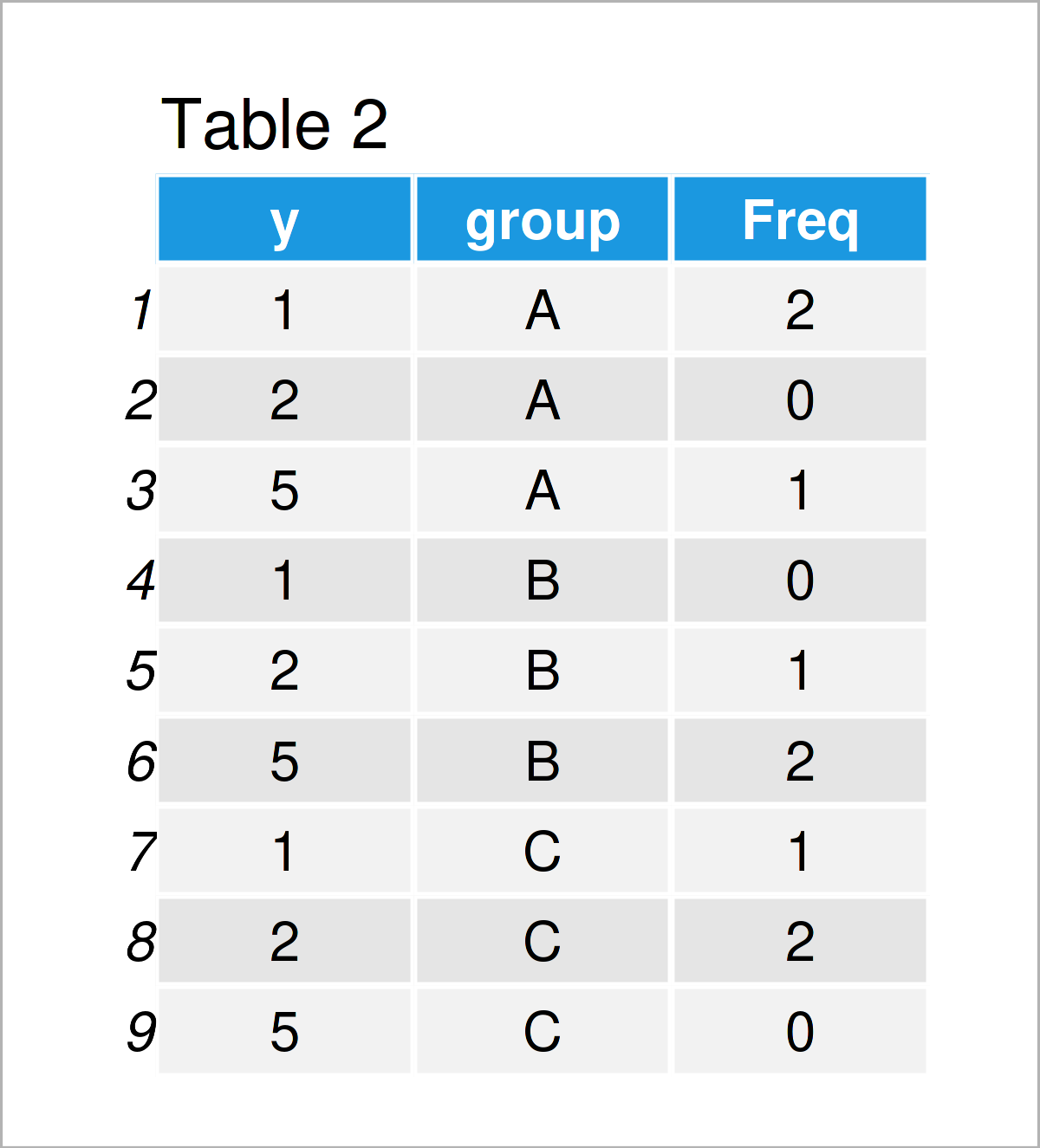 As shown in Table 2, we have created a new contingency table that shows the frequencies of the combinations of our variables y and group.

In the next step, we have to create a plot object that contains only this table.

For this, we need to install and load the ggpmisc package:

Next, we can draw our table within an empty ggplot2 plot: 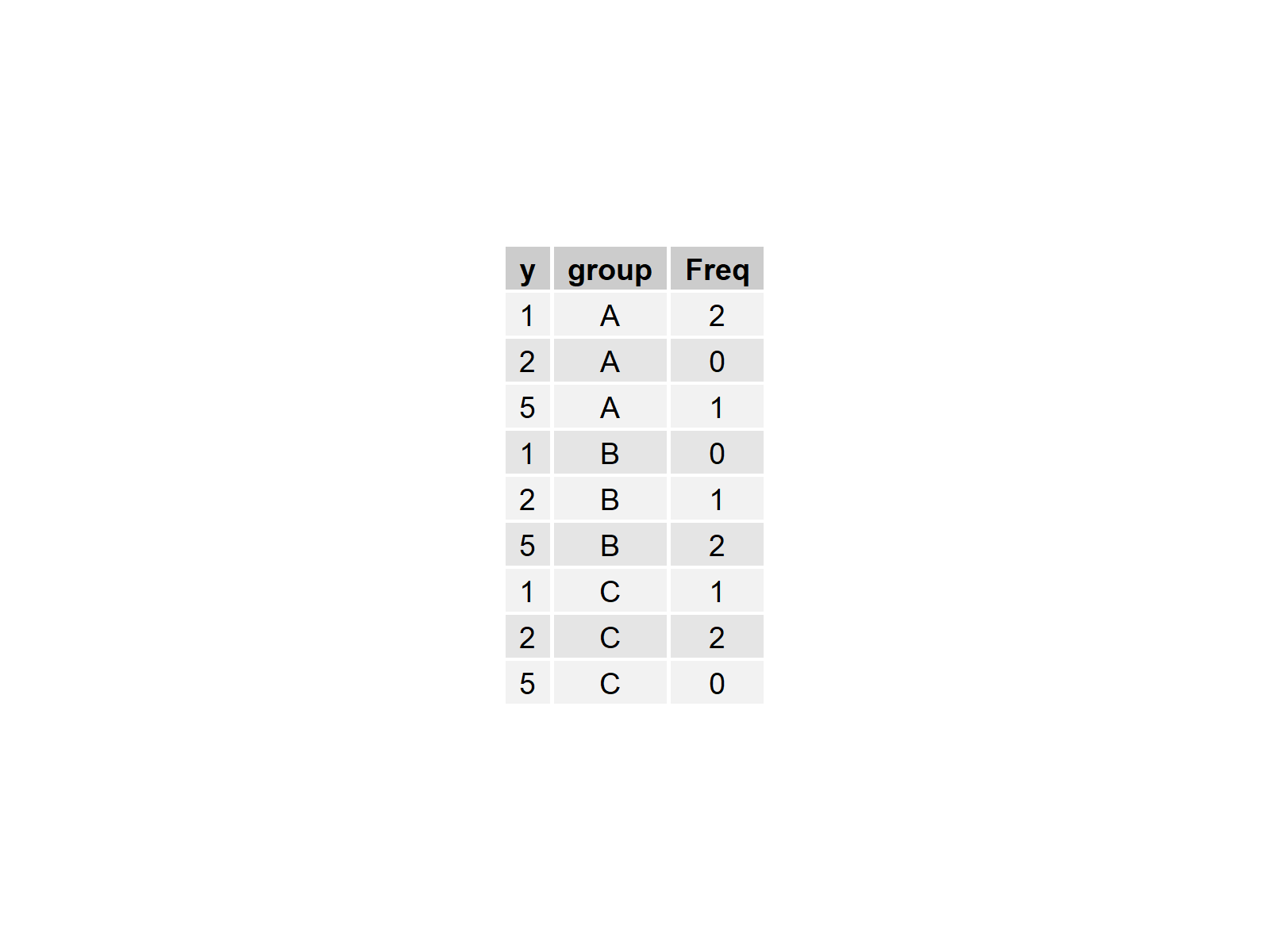 The previous figure shows our empty plot with our contingency table inside.

Now, we can combine our plot and table in a grid layout using the patchwork package.

First, we need to install and load the patchwork package:

Next, we may draw our plot and table horizontally side-by-side to each other: 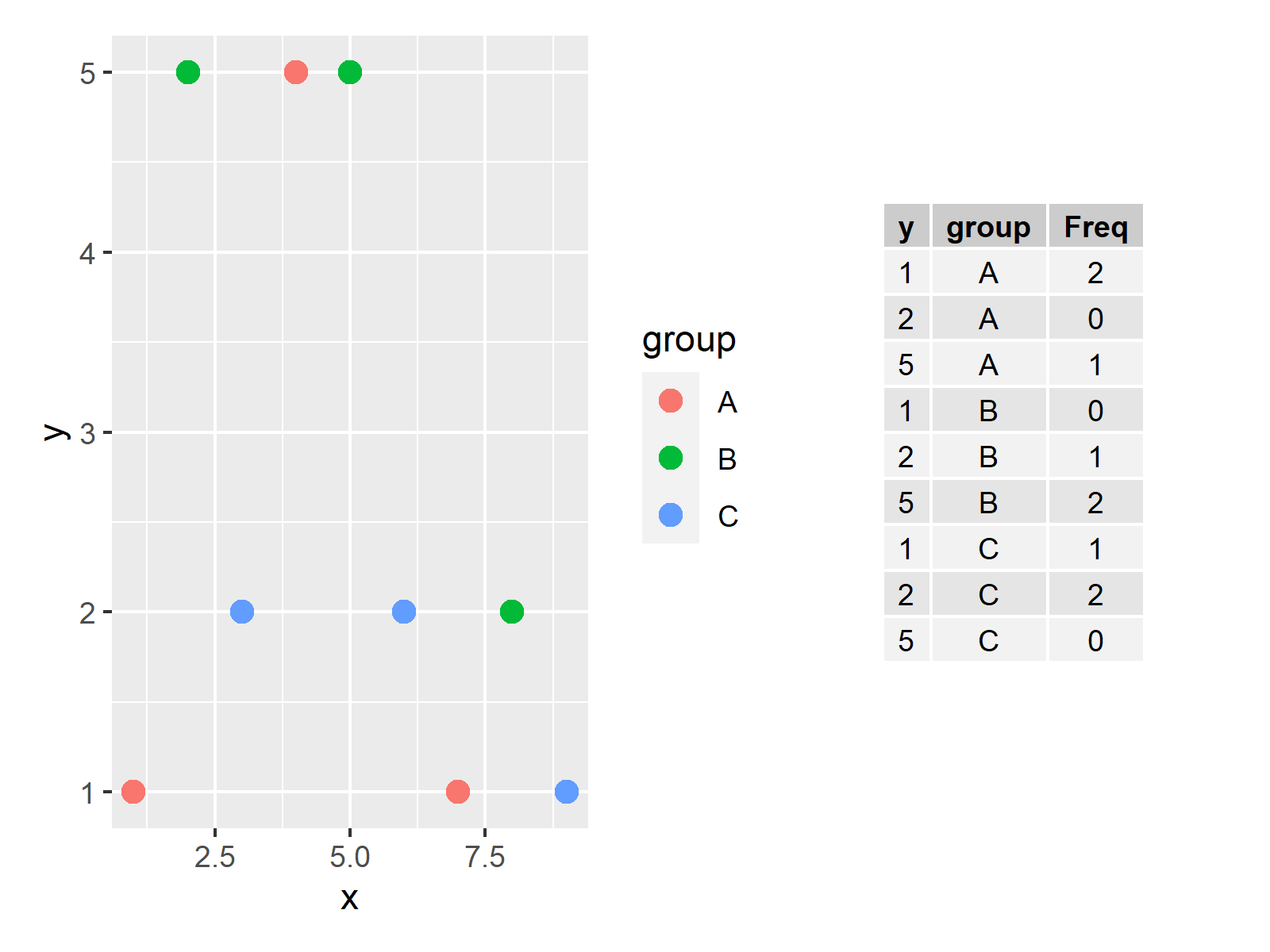 We may also combine our plot and table vertically: 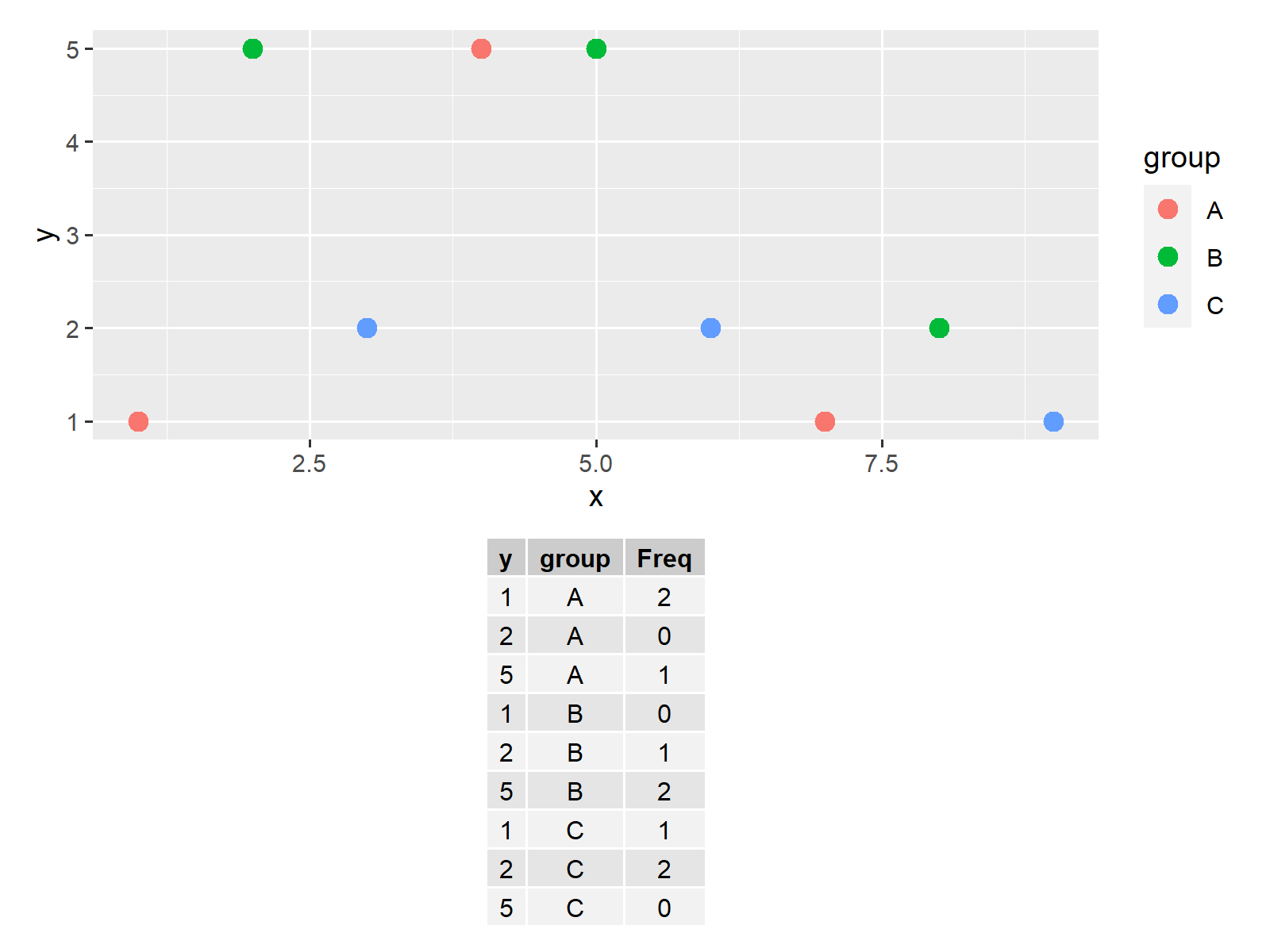 Note that we could add even more tables and graphics to this layout.

Furthermore, you could read some of the related tutorials on my website. Some tutorials about similar topics such as time objects, graphics in R, and plot legends are listed below.

To summarize: In this tutorial you have learned how to combine plots and tables in the same grid layout in the R programming language. If you have further questions, let me know in the comments. Furthermore, don’t forget to subscribe to my email newsletter to receive updates on the newest tutorials. 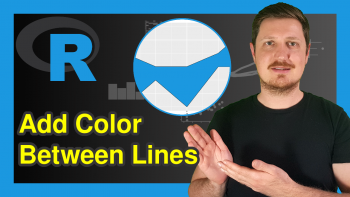 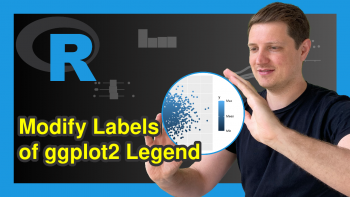