This article shows several alternatives on how to plot a table object in R programming.

The previous output of the RStudio console shows the structure of our example data – We have created a character vector containing different letters.

In the next step, we can create a frequency table of these data using the table() function:

The previous output illustrates the frequency table that we have created with the table command.

In the following examples, I’ll show different ways on how to plot this table in a graphic.

The most popular type of graph that is used to visualize tables are barplots.

This example demonstrates how to plot a table in a barchart using the basic installation of the R programming language.

For this, we can use the barplot() function as shown below: 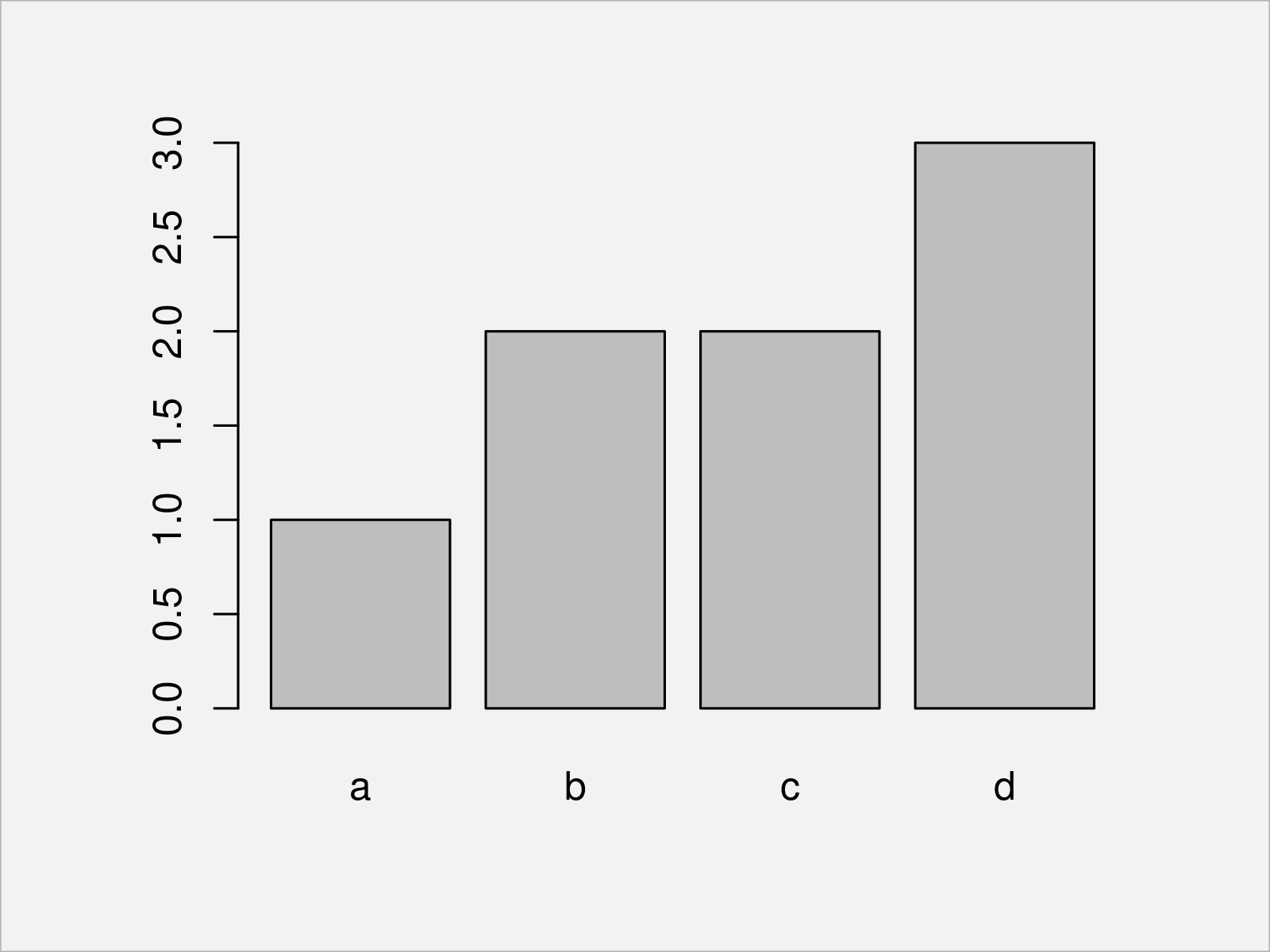 Figure 1 shows the output of the previous R programming syntax: A Base R barplot showing the counts of each group in our table.

Alternatively to Base R (as shown in Example 1), we can also use the ggplot2 package to create a barplot of a table.

In the next step, we can apply the ggplot, as.data.frame, and geom_bar functions to draw our table in a ggplot2 bargraph: 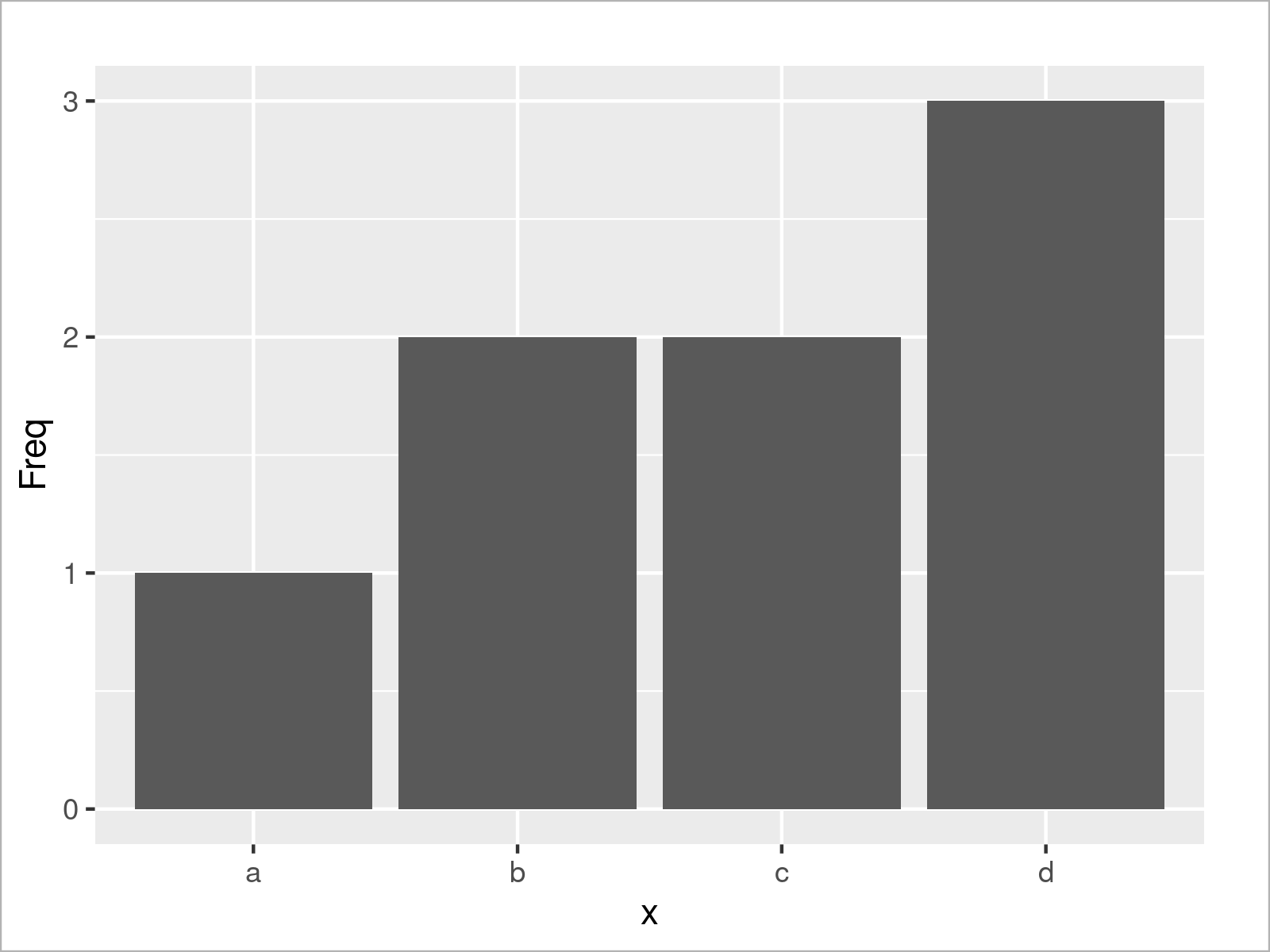 After executing the previous R code the ggplot2 barplot shown in Figure 2 has been plotted.

Sometimes people ask how to draw a table in a histogram. In my opinion, barplots should be preferred over histograms when plotting tables.

However, for the sake of completeness the following R code shows how to use the hist function to draw a histogram of a table object: 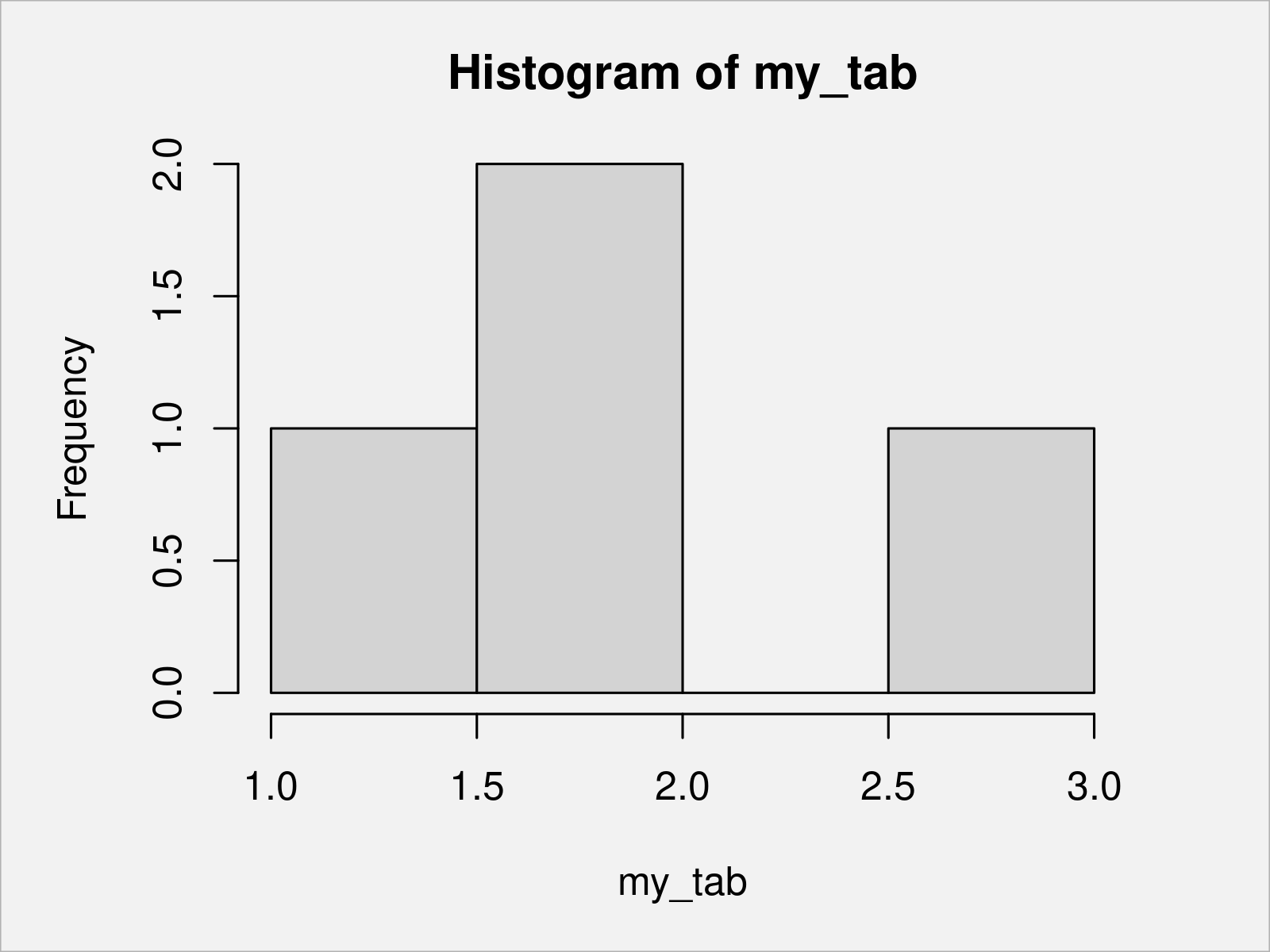 As shown in Figure 3, the previous syntax has plotted a Base R histogram of a table.

So far, we have visualized a frequency table in different types of plots. However, this section illustrates how to draw a correlation table in a plot.

First, we have to load some data into R:

The previous output of the RStudio console shows the first six rows of the iris data set.

Next, we can calculate a correlation matrix of the numeric columns of the iris data frame:

As you can see, we have created a new correlation table called iris_cor.

To draw our correlation data in a heatmap, we have to install and load the pheatmap package to RStudio:

Now, we can use the pheatmap function to draw a heatmap of our correlation table. Note that we are specifying the display_numbers argument to be equal to TRUE to show the values of our table in the heatmap: 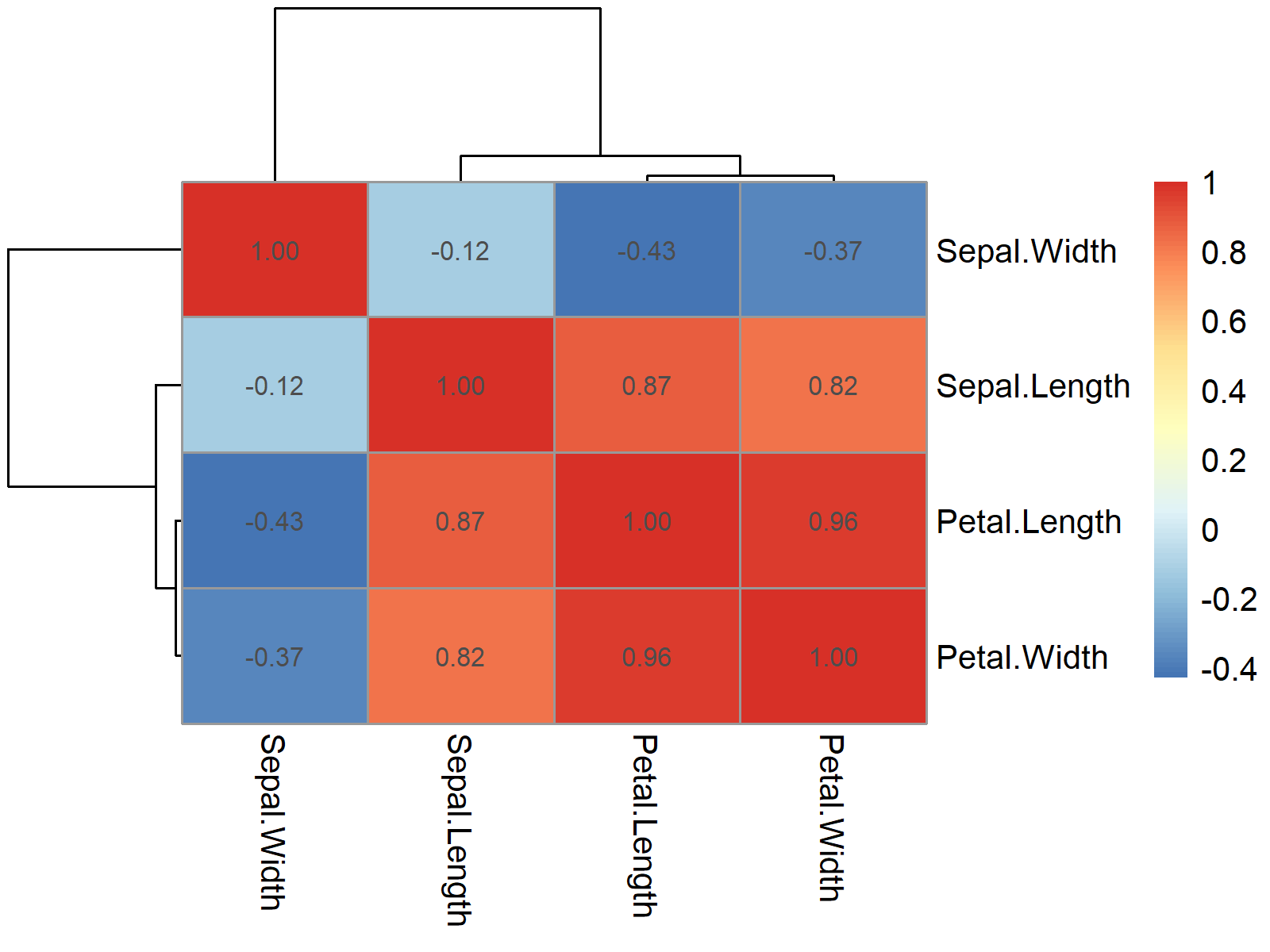 The heatmap with added values of our correlation table is shown in Figure 4.

Do you want to learn more about the creation of a plot based on a table object? Then you may have a look at the following video on my YouTube channel. I explain the R syntax of this tutorial in the video:

In addition, you may want to have a look at some related tutorials on my website:

In this article, you have learned how to draw a plot from a frequency, contingency, or correlation table in the R programming language.

In this tutorial, we have discussed graphics created by Base R, ggplot2, and the pheatmap package. Please note that other packages such as plotly or the lattice package would be capable of drawing such plots as well.

If you have additional questions, don’t hesitate to let me know in the comments section below. 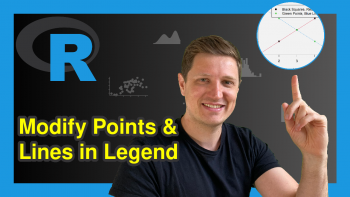 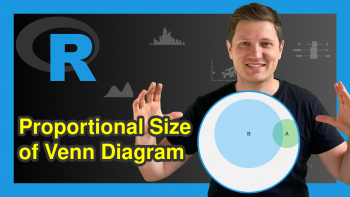