This article shows how to draw venn diagrams using the venn package in the R programming language.

Basic Information about the venn Package

The venn package, created by Adrian Dușa, provides provides functions for the creation of venn diagrams. A big advantage of the package is that it can draw venn diagrams with up to seven sets – more than most packages for venn diagrams are capable of.

However, before I show the capabilities of the package in action…

Have a look at the previous links for more instructions on how to apply the functions of the venn package in the R programming language.

To be able to use the functions of the venn package, we first have to install and load the package to R:

So now the part you have been waiting for – the example syntax in R!

The main function provided by the venn package is the venn() function. Within the venn function, you can specify any number of sets between 1 and 7.

If we want to draw a venn diagram with five sets, we can apply the venn function as shown below: 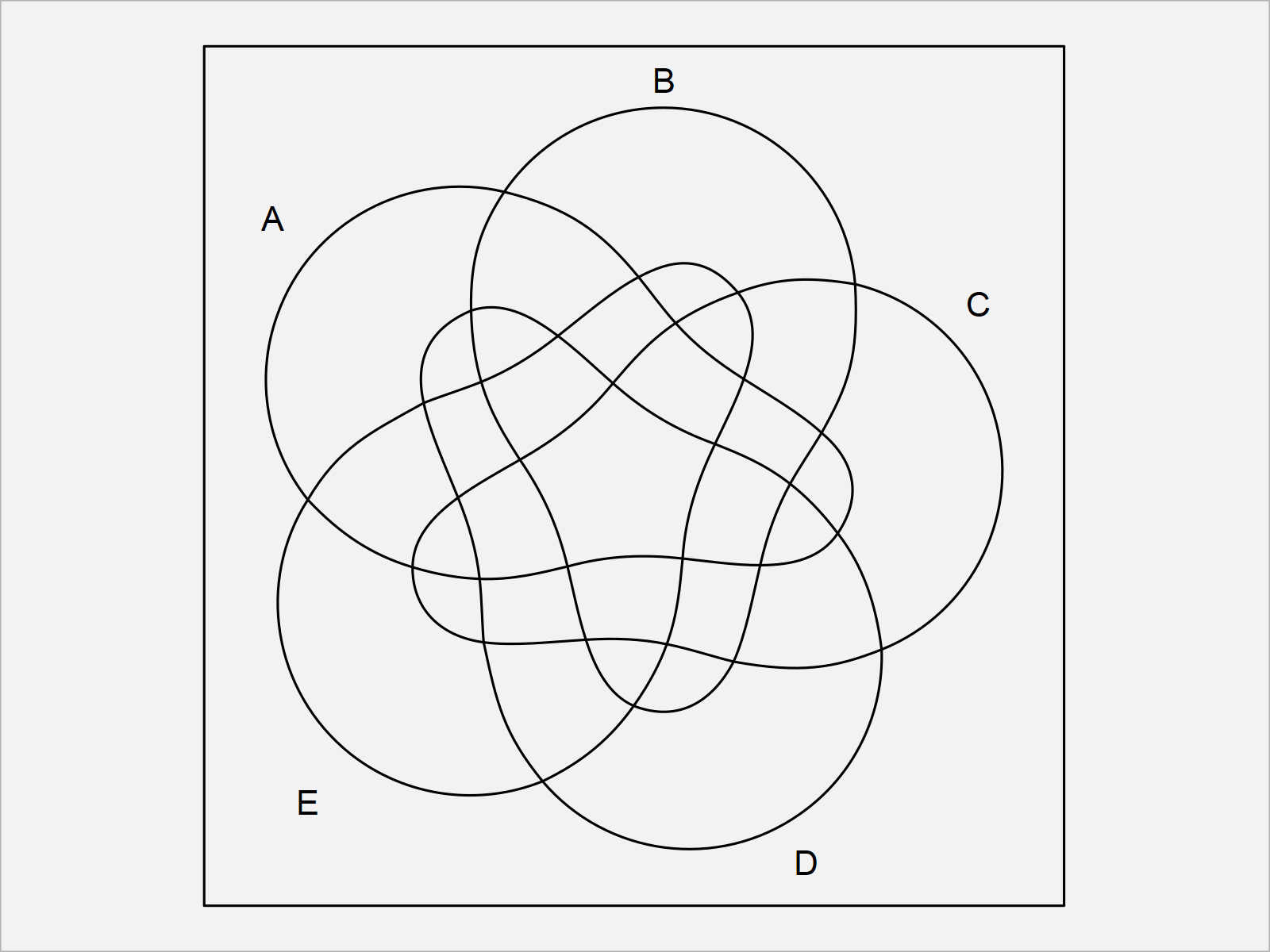 We can simply increase or decrease the number of sets that we want to draw by changing the number within the venn function. 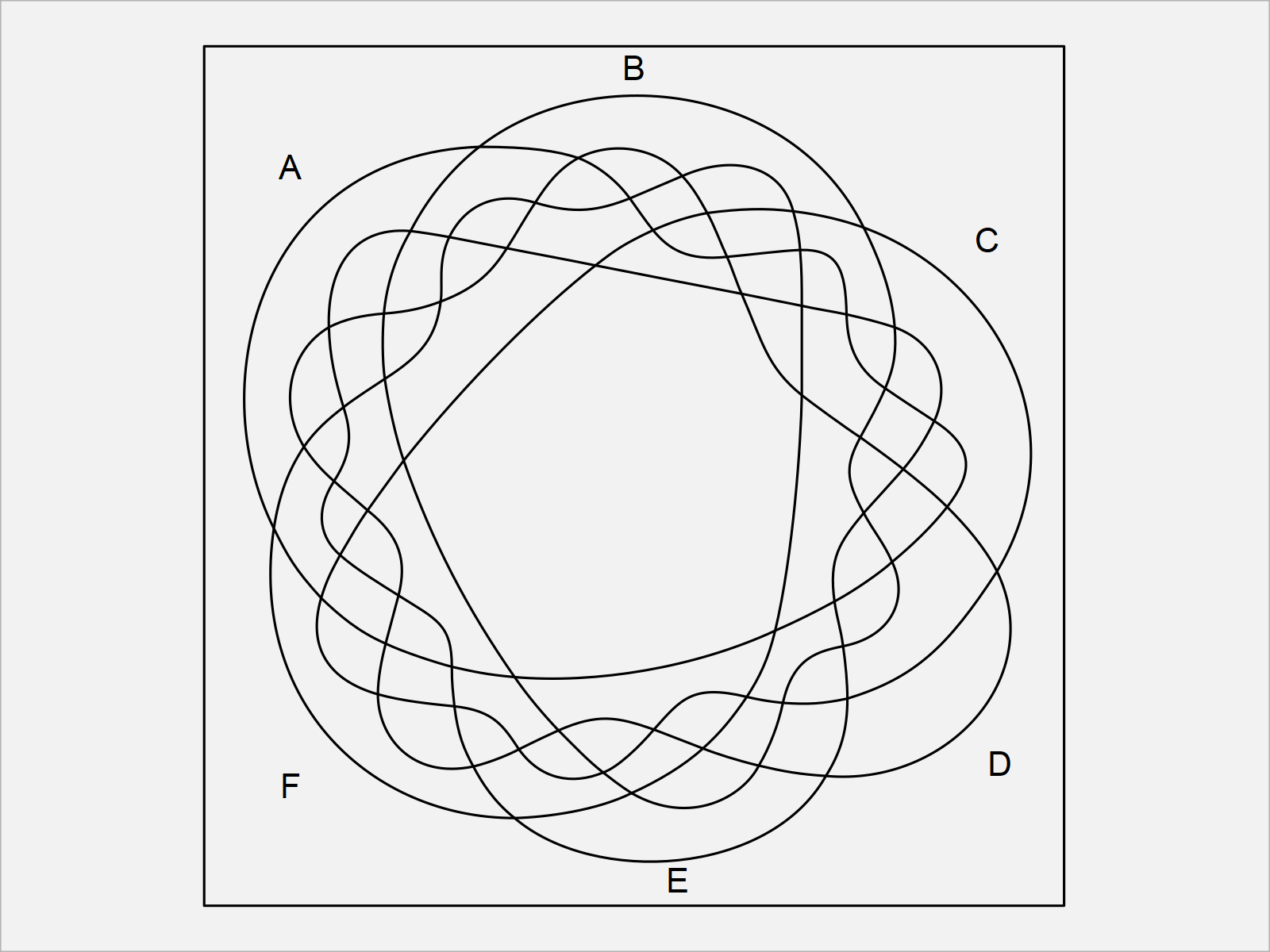 The venn package can draw a maximum of seven sets. Let’s do this: 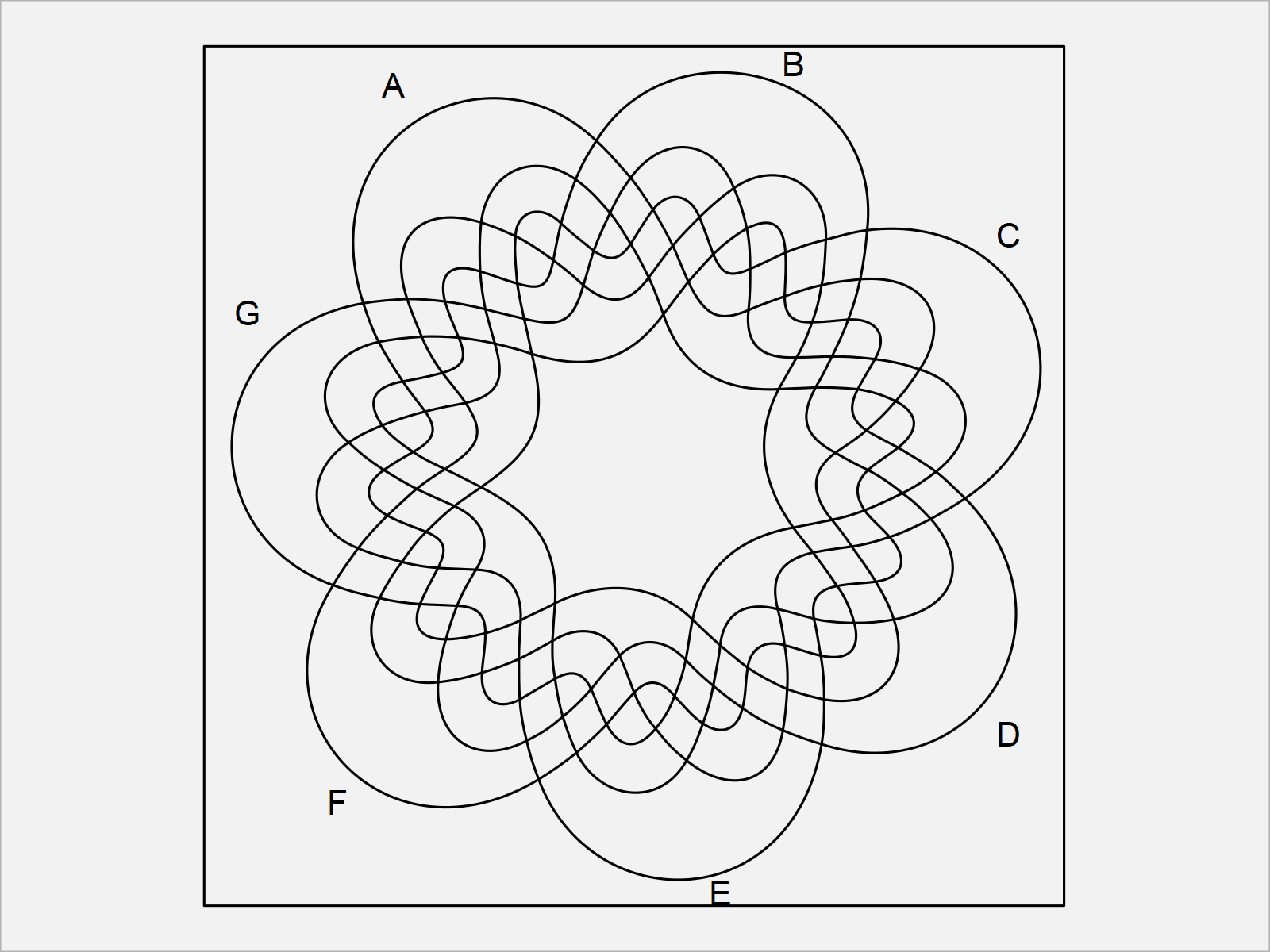 As you have seen in the previous examples, it is very easy to draw venn diagrams with up to seven sets using the venn package.

However, the venn diagrams we have drawn so far can be improved heavily using the additional arguments within the venn function.

In the following examples, I show some of these possible improvements. So keep on reading!

Example 4: Draw Venn Diagram with Labels for the Intersections

The following R programming syntax illustrates how to add labels for each intersection in our venn diagram.

To achieve this, we have to set the ilabels argument to be equal to TRUE:

It is also possible to add colors to a venn diagram created by the venn package.

For this, we can either define the colors manually, or we can specify the zcolor argument to be equal to “style”: 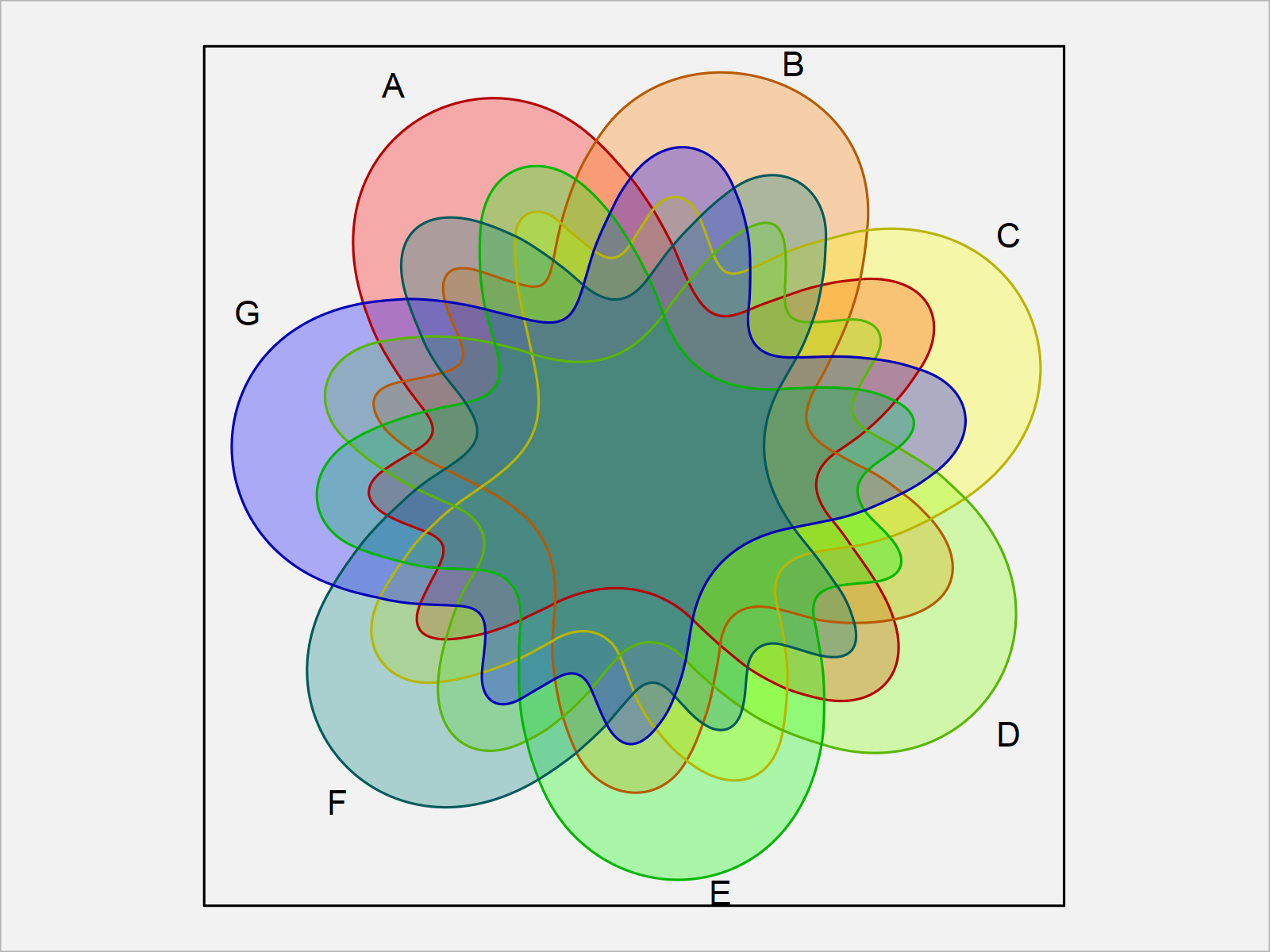 Another useful feature of the venn package is that it allows the user to create ggplot2 plot objects.

For this, we first have to install and load the ggplot2 package to RStudio:

Furthermore, we need to install and load the ggpolypath package to R, in order to use the corresponding functions.

Next, we can draw a ggplot2 venn diagram by setting the ggplot2 argument within the venn function to be equal to TRUE: 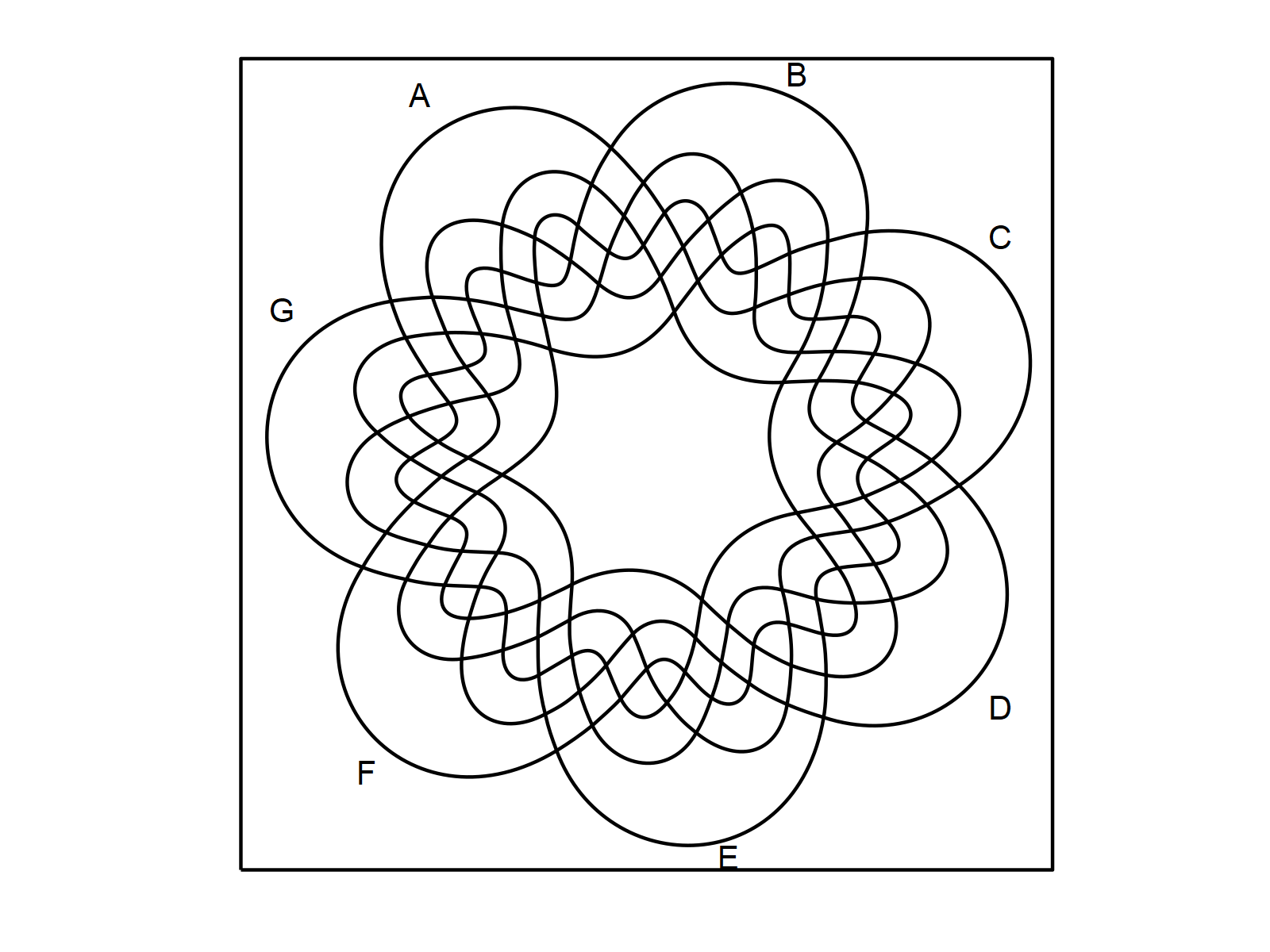 We can also change the parameters of this ggplot2 venn diagram. For instance, we may change the line type to a dotted line as shown below: 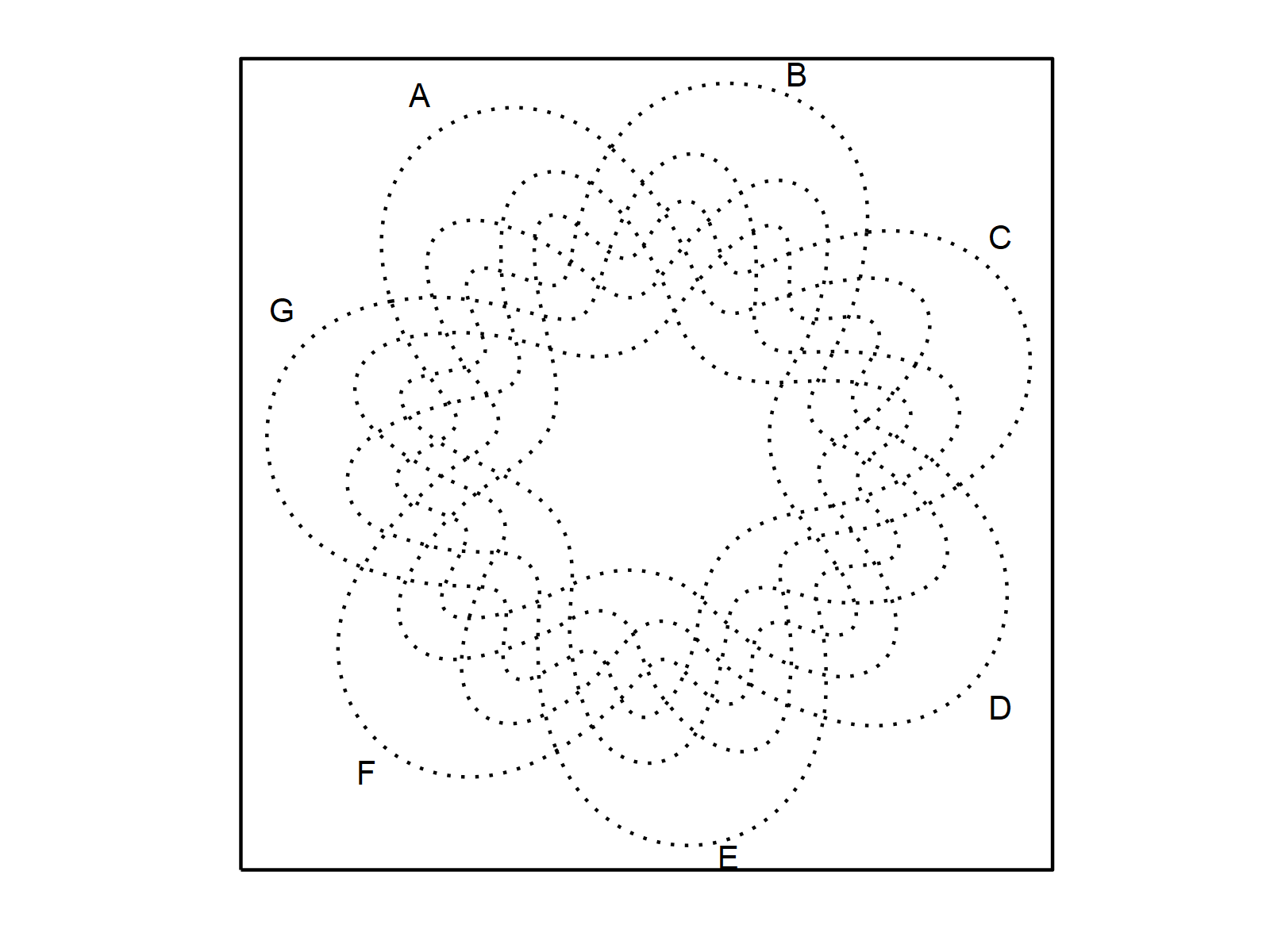 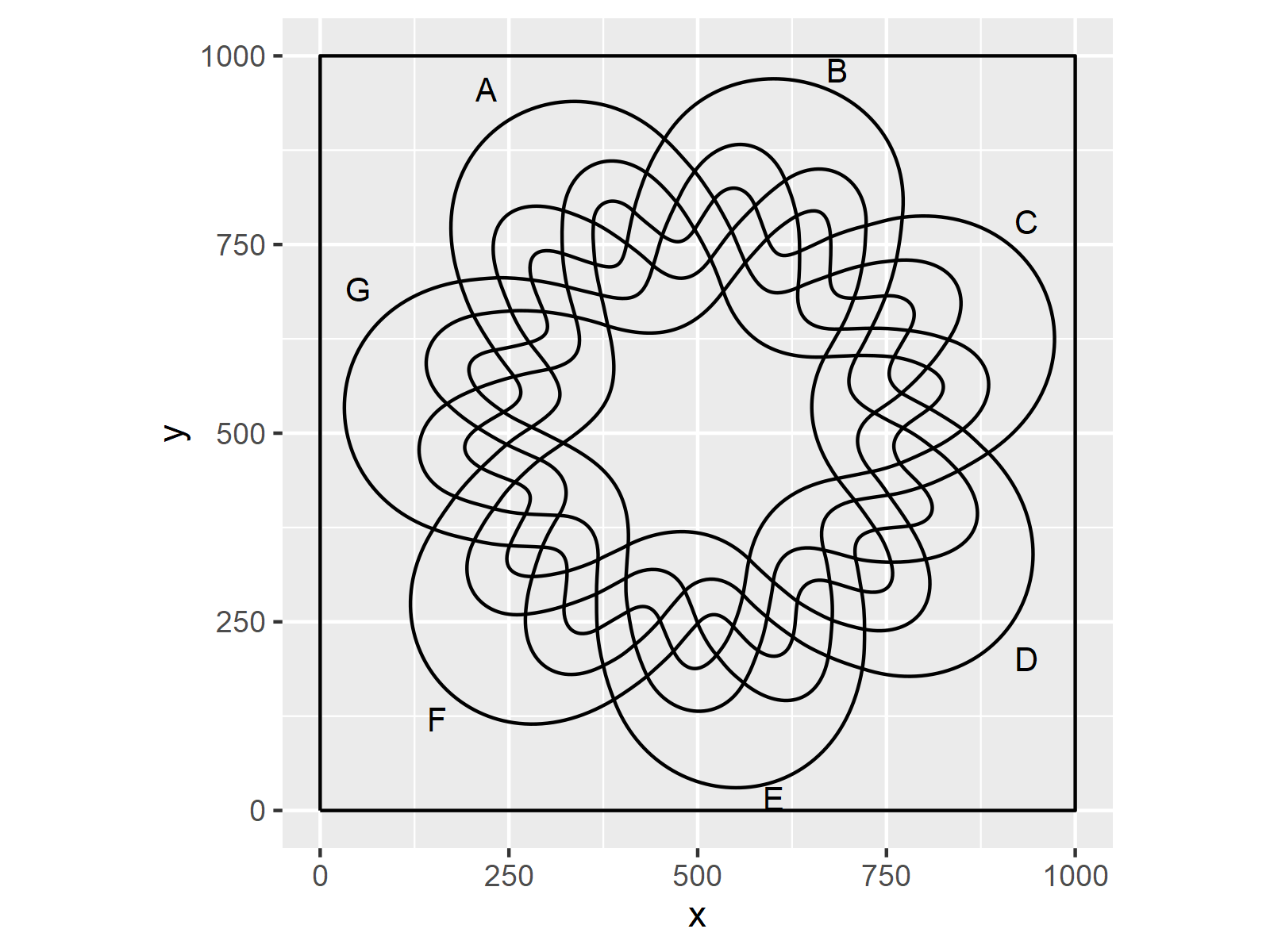 As you have seen in this tutorial, the venn package provides many very useful functions for the creation of venn diagrams.

However, this tutorial has given only a brief overview over the functionality of the package. I therefore recommend having a look at the documentation of the venn package!

Furthermore, I have recently published a video on my YouTube channel, which explains the content of this tutorial. You can find the video below.

In addition to that, you may have a look at some of the other articles about venn diagrams which I have published on my homepage:

At this point, you should have learned how to in R. In case you have additional questions, let me know in the comments below. Furthermore, please subscribe to my email newsletter in order to receive updates on the newest articles. 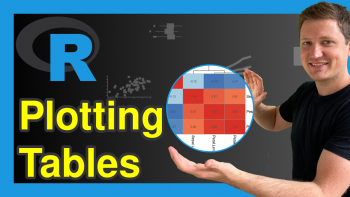 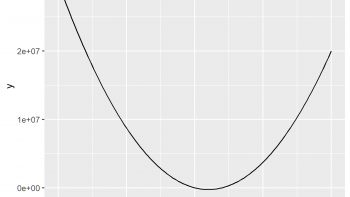