In this post, I’ll show how to exchange multiple values in certain data frame columns in R. 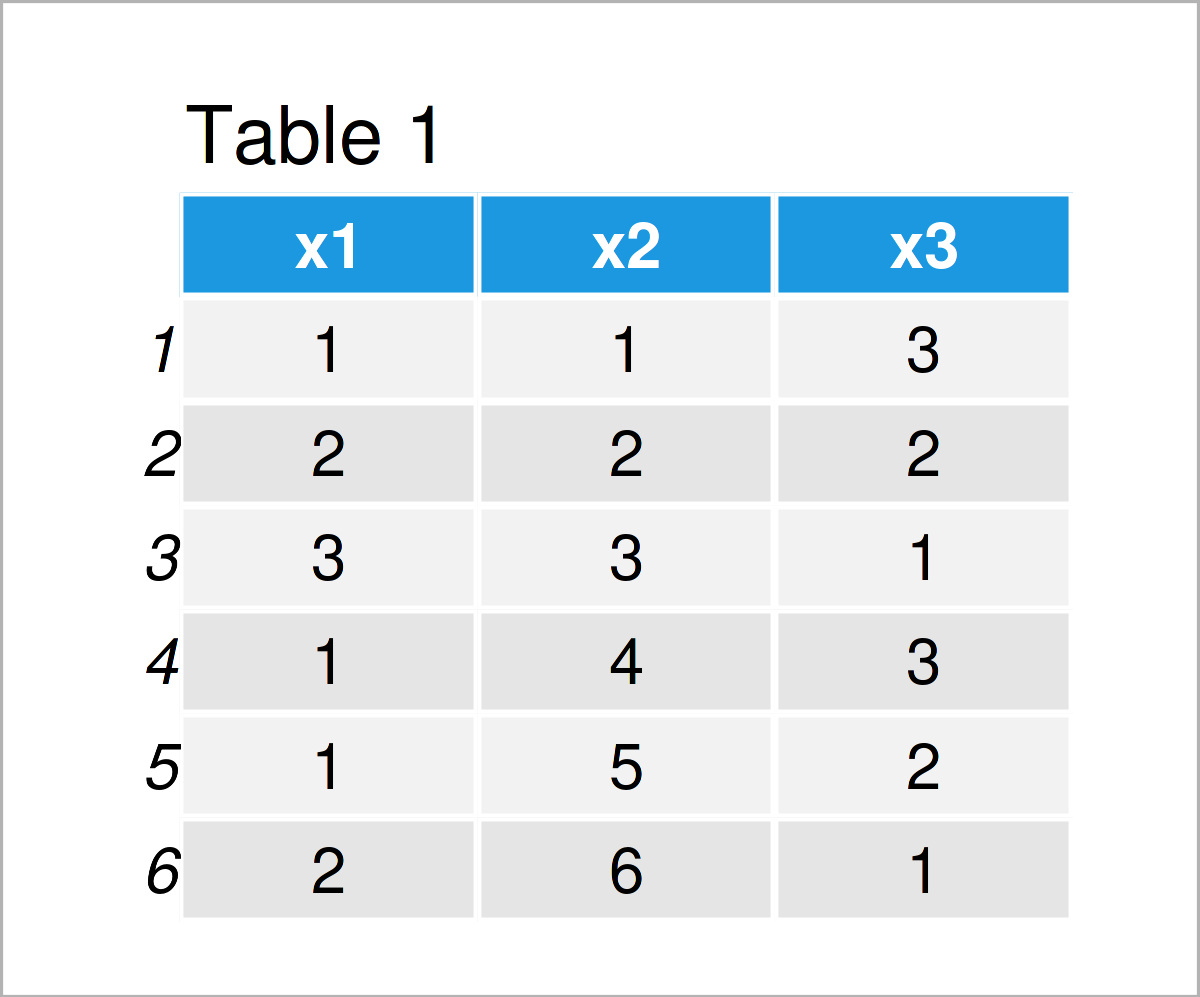 Have a look at the table that has been returned after executing the previous R code. It shows that our example data is composed of six data points and three columns. The variable x1 is numerical and the variables x2 and x3 have the integer class.

Next, we have to specify a vector of values that we want to replace in our data frame:

As you can see, we have specified that we want to replace the numbers 1 and 3.

Example 1: Replace Multiple Values in All Columns of Data Frame

In Example 1, I’ll demonstrate how to conditionally replace certain values in all variables of a data frame.

For this task, we can use the sapply and replace functions as shown below: 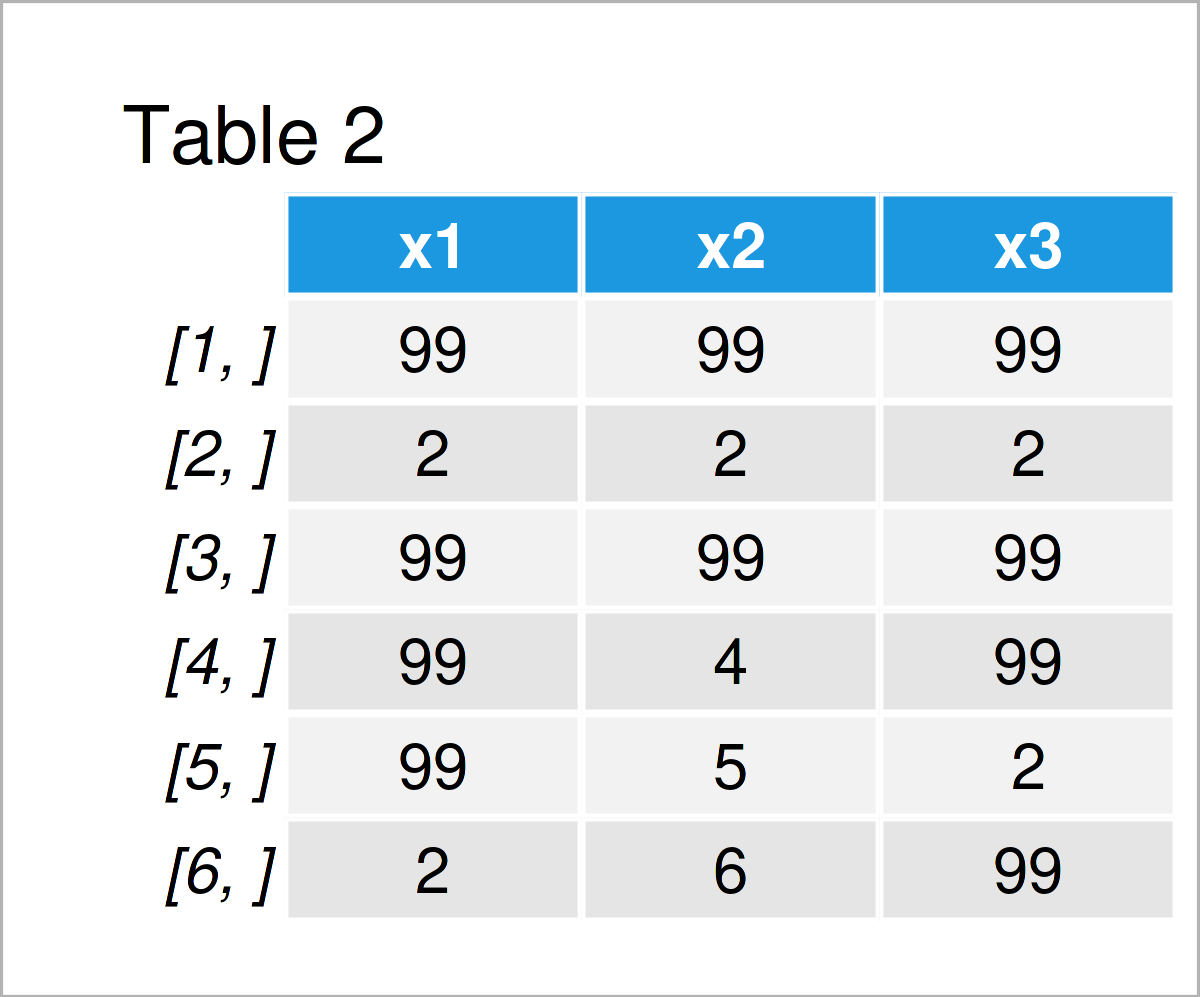 As shown in Table 2, we have created a new data frame where all values equal to 1 or 3 have been replaced by the new value 99.

Example 2 explains how to replace values only in specific columns of a data frame.

For this, we first have to specify the columns we want to change:

Next, we can use the R syntax below to modify the selected columns, i.e. x2 and x3: 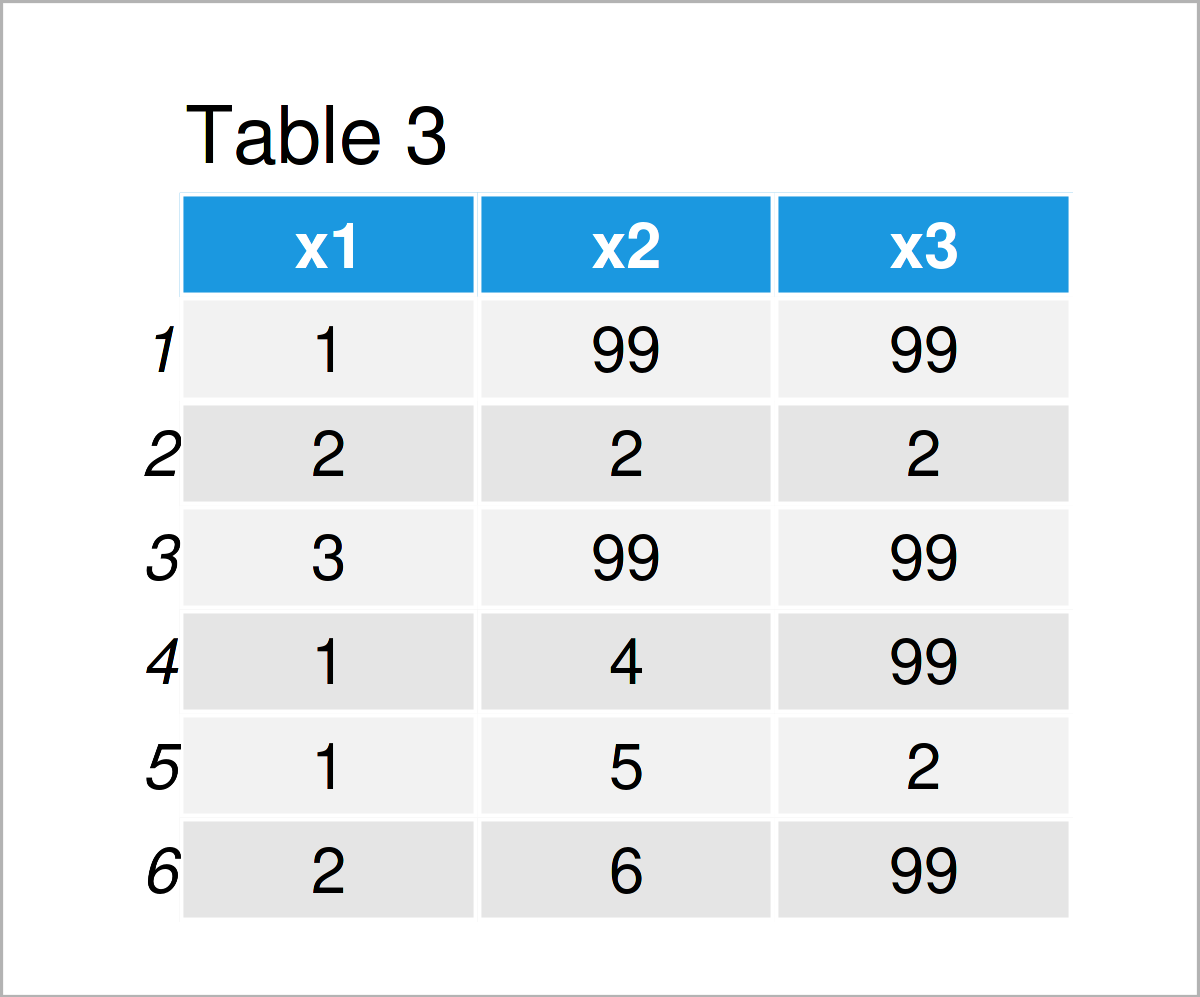 By running the previous R syntax, we have created Table 3, i.e. another updated version of our input data frame where only the variables x2 and x3 have been substituted.

In case you need further explanations on the R programming code of this article, you may have a look at the following video on my YouTube channel. I’m explaining the content of this post in the video.

Furthermore, you may want to have a look at the related articles on this website.

In this article you have learned how to exchange multiple values in certain data frame variables in R. Please let me know in the comments below, if you have additional questions. 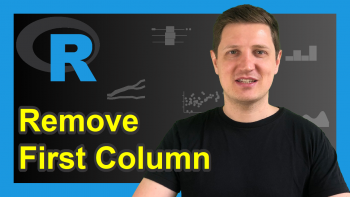 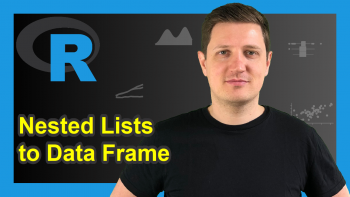