In this tutorial, I’ll show how to get the number of non-zero values in the R programming language.

This example shows how to return the number of non-zero values in a vector.

If we now want to count the number of values unequal to zero, we can use the != operator and the sum function as shown below:

The RStudio console returns the value 5, i.e. five elements of our vector are unequal to zero.

In Example 2, I’ll explain how to count the number of non-zero values in each column of a data frame. 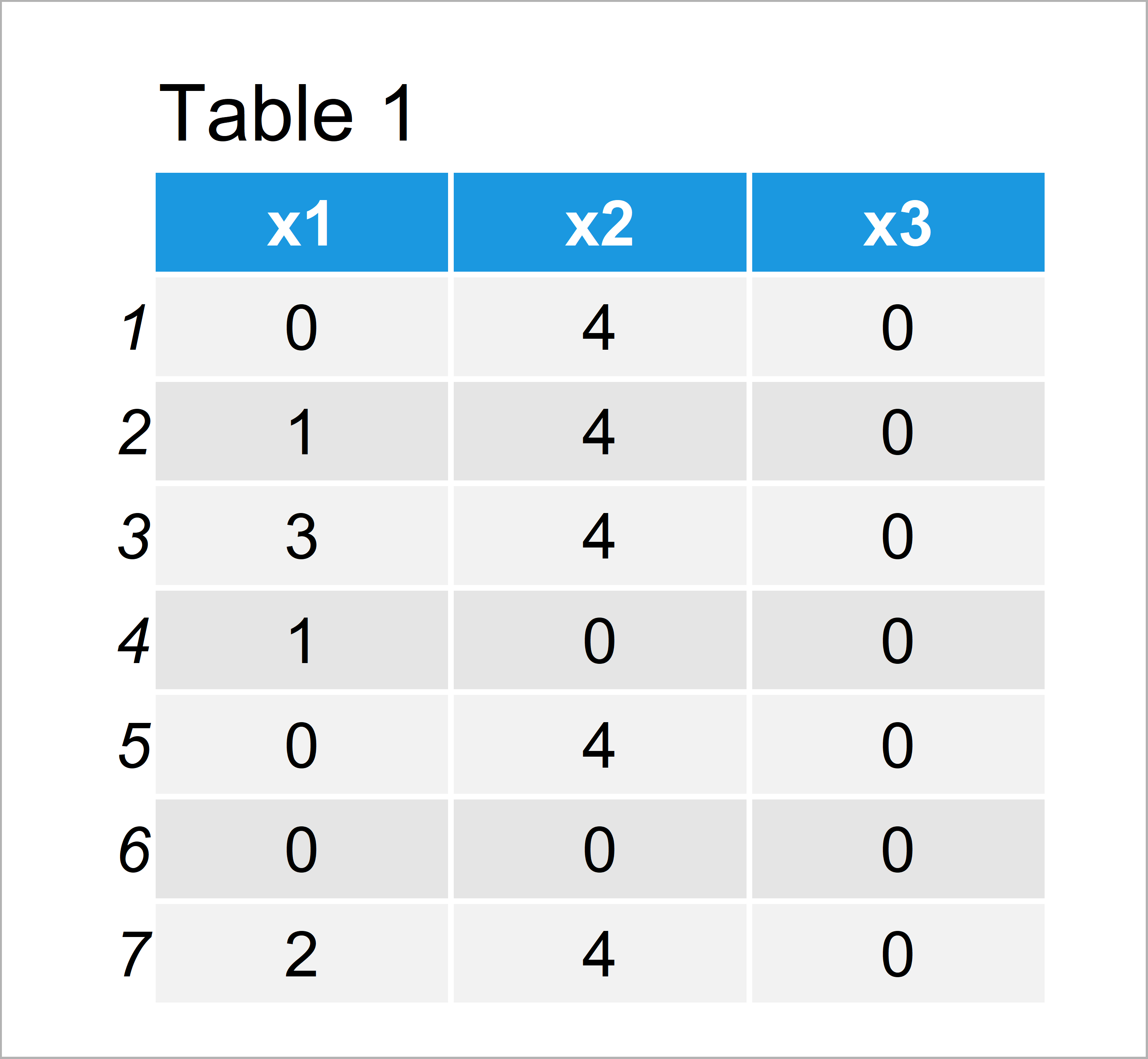 The output of the previous syntax is shown in Table 1: We have created a data frame with seven rows and three columns.

Next, we can apply the != operator in combination with the colSums function to return the number of non-zero values in each variable of our data frame:

If you need further information on the R programming syntax of this article, I recommend having a look at the following video that I have published on my YouTube channel. I illustrate the contents of this article in the video.

Also, you might read the related articles on my website. A selection of articles can be found below.

In this tutorial you have learned how to count non-zeros in vectors and data frame columns in the R programming language. Tell me about it in the comments, in case you have any additional questions.