In this article you’ll learn how to compute the sum across two or more columns of a data frame in the R programming language.

The first step is to define some example data: 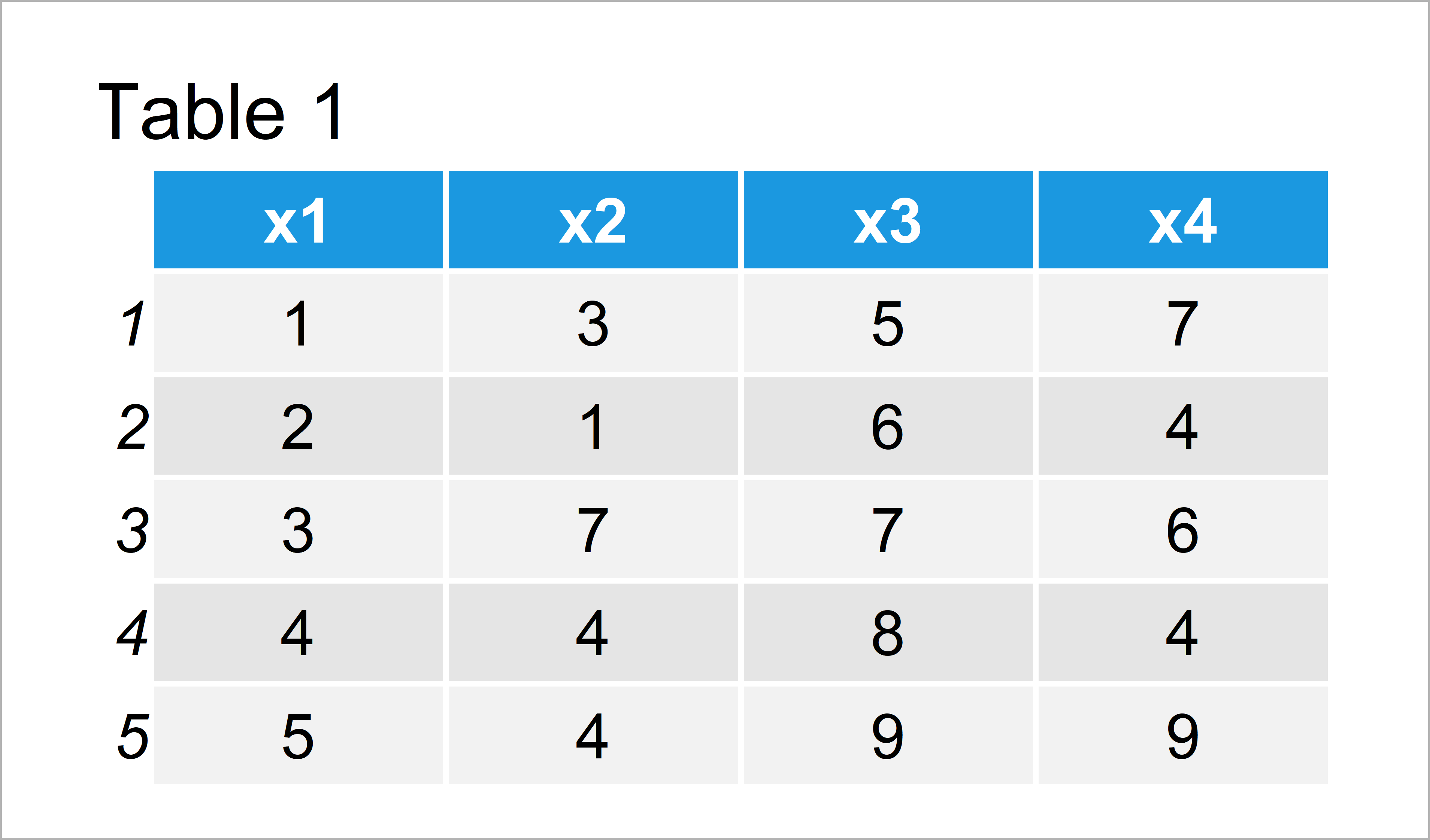 As you can see based on Table 1, our example data is a data frame consisting of five rows and four columns. All the variables are numeric.

In this example, I’ll explain how to get the sum across two columns of our data frame.

For this, we can use the + and the $ operators as shown below:

After executing the previous R code, the result is shown in the RStudio console.

It is also possible to return the sum of more than two variables. To efficiently calculate the sum of the rows of a data frame subset, we can use the rowSums function as shown below:

The result of the addition of the variables x1, x2, and x4 is shown in the RStudio console.

Do you want to learn more about sums and data frames in R? Then I recommend having a look at the following video of my YouTube channel. I show the R code of this tutorial in the video:

Summary: In this article, I have explained how to calculate the sum of data frame variables in the R programming language. If you have additional questions and/or comments, let me know in the comments section. Furthermore, don’t forget to subscribe to my email newsletter for regular updates on the newest tutorials.

Inverse of Matrix in R (Example)