In this tutorial, I’ll illustrate how to separate one variable of a data frame into multiple columns in R.

The article contains the following:

Our example data consists of one column. This column is a character string and each value of this column is separated with a – sign.

In the following examples, I’ll show how to split this column into multiple columns based on the delimiter “-“. So keep on reading.

Example 1: Split Column with Base R

The basic installation of R provides a solution for the splitting of variables based on a delimiter. If we want to split our variable with Base R, we can use a combination of the data.frame, do.call, rbind, strsplit, and as.character functions. Have a look at the following R code:

Looks good, but you may find the previous R code kind of complicated (I agree). Fortunately, the R programming language provides add-on packages that allow for the splitting of variables with simpler R code. You guessed it – That’s what I’m going to show you next!

A very simple solution for separating character strings is provided by the str_split_fixed function of stringr package. First, we need to install and load the stringr package…

…and then we can use the str_split_fixed command to split our column into two columns:

The output of the function is a matrix consisting of two columns with the same values as shown in Example 1. However, this time the R code was much cleaner.

Now, we can use the following R syntax to split our variable into two columns:

If you need further explanations on the R programming codes of this article, you might have a look at the following video of my YouTube channel. In the video, I illustrate the content of this tutorial:

Additionally, you could have a look at the related tutorials of my website. I have released several other tutorials about the manipulation of data already:

In this article you learned how to separate a character column into multiple columns using R programming. Please let me know in the comments, if you have any additional questions. 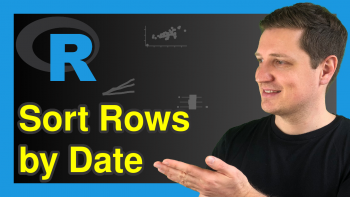 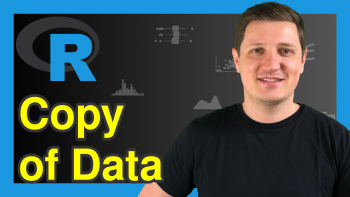