This article shows how to manipulate data frames in R programming.

To begin with, we need to load some exemplifying data. In this tutorial, we’ll use the iris flower data set. We can load this data set using the data() function as shown below:

We can now use the head() function to print the first six rows of the iris data set to the RStudio console:

Table 1 shows the first six rows of our example data.

The variables Sepal.Length, Sepal.Width, Petal.Length, and Petal.Width are numerical, and the variable Species has the factor class.

As indicated by the column names, the rows of this data set contain information on different flowers, i.e. the length and width of certain components and the flower species.

In the following examples, I’ll use this data set to demonstrate some of the most important techniques for the wrangling and manipulation of data frames in R.

In Example 1, I’ll demonstrate how to extract a certain column from a data frame.

For this task, we can use the $ operator as shown in the following R code:

The previous R code has created a new data object called my_col. This data object contains the values of the column Sepal.Length.

We can print the first six elements of this data object using the head function:

We might now analyze this data object as desired. Just to show you an example, the following R code calculates the mean value of our data object:

Example 2 shows how to delete particular columns from a data frame.

For this example, I’m first creating a duplicate of our example data frame, since I want to keep an original version of the example data:

After running the previous lines of code, a new data frame object called irisA has been created, which contains exactly the same values as the original iris data frame.

Next, we can use the colnames function and the != operator to drop a specific column (i.e. the variable Sepal.Length):

After executing the previous R programming syntax the new data frame shown in Table 2 has been created. As you can see, we have removed the column Sepal.Length.

In this example, I’ll demonstrate how to add a new column to a data frame.

To achieve this, I’m using the $ operator once again:

It is also possible to change the names of the columns of a data frame.

We are using the colnames function for this once again. Furthermore, we are using the paste0 function to create column names with the prefix x and a range from 1 to the number of columns in our data frame (i.e. x1, x2, and so on…). 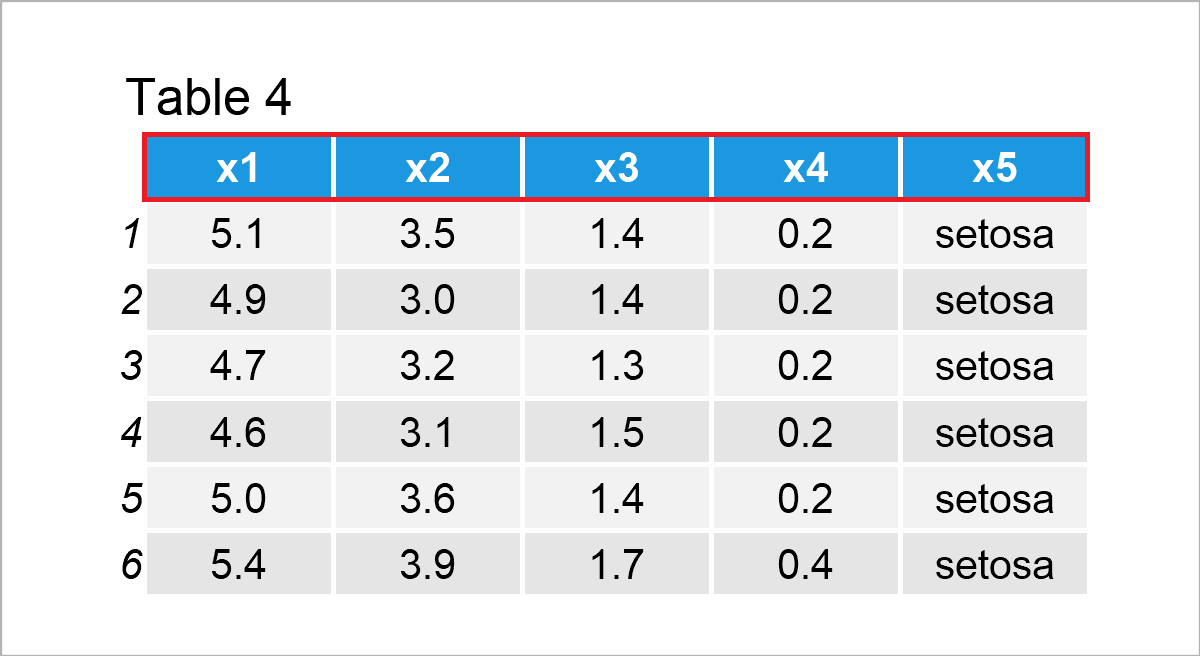 By executing the previously shown syntax, we have created Table 4, i.e. a data frame with renamed variable names.

Example 5 shows how to order the rows of a data frame.

More precisely, we are sorting our data frame based on the values in the column Sepal.Length by using the order function:

As shown in Table 5, we have created a new version of our data frame where the rows have been sorted based on the column Sepal.Length.

Example 6 illustrates how to create a data frame subset by selecting certain rows.

For this task, we can specify the row indices that we want to extract within the c() function:

As illustrated in Table 6, we have created a data frame subset using the previous R programming code. This subset contains only three rows of the original input data.

In this example, I’ll illustrate how to exchange certain values in a data frame.

Once again, we can use the c() function. In this specific example, I’m exchanging the first, third, and fifth value in the first column by the value 999:

In case you want to replace certain values based on a logical condition, please have a look here.

This example shows how to drop duplicate rows from a data frame.

As preparation for this example, we first have to create a data frame with duplicates:

The output of the previously shown R programming code is shown in Table 8. As you can see, the fourth and fifth rows contain the same values as the second and third rows.

If we want to delete these duplicates, we can use the unique function as demonstrated in the following R code:

Table 9 reveals the output of the previous R syntax – We have kept only the unique rows in our input data matrix.

As you might have already noticed, our data frame contains different species groups (or categories). We may use this information to calculate certain descriptive metrics by group.

Example 9 shows how to use the aggregate function to calculate the sum of all the values in the different species groups. 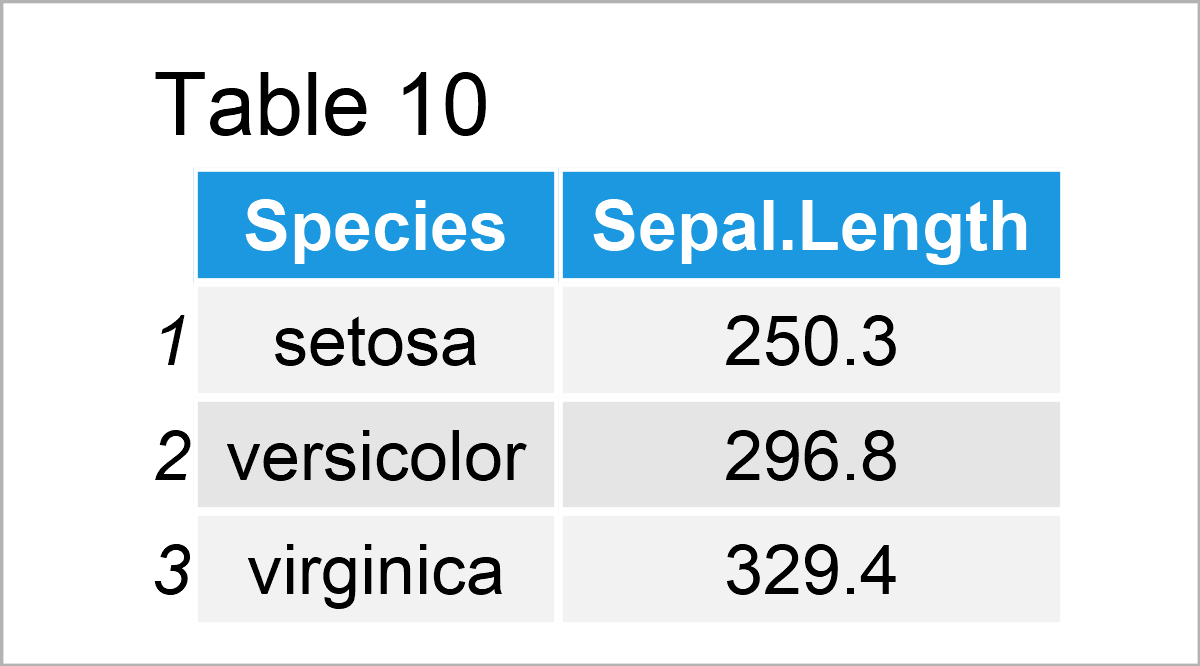 By running the previous syntax, we have managed to construct Table 10, i.e. an aggregated data set showing the sum by group.

Have a look at the following video on my YouTube channel. I’m showing the examples of this tutorial in the video:

Besides the video, you may want to have a look at some of the related tutorials on my website. There’s much more to explore in case you want to manipulate, wrangle, and manage data frames in R:

In addition, you may have a look at the dplyr package of the tidyverse and the data.table package. They also provide excellent functions for manipulating and working with data sets – especially for advanced R users.

This tutorial has shown basic and advanced examples on how to edit and handle data frames in the R programming language. Please let me know in the comments section, in case you have further comments and/or questions. 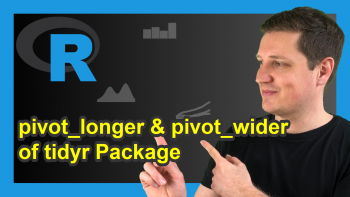 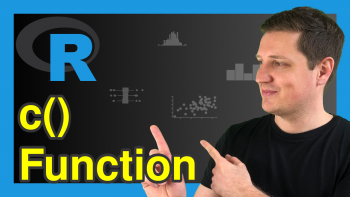