This tutorial is based on the expression, parse, and deparse R programming functions. So let’s first have a look at the basic R syntax and the definitions of the functions:

In the following article, I will show you five examples for expression, parse, and deparse in R. Let’s dive right in!

In the first example, I’ll show you how to create an R expression with the expression function:

With the previous R code, we have created the expression 2^2 and have stored this expression in the data object x1. We can double check the class of this data object with the class function:

Looks good! We could now evaluate this expression with the eval function:

However, the eval function is not the scope of this tutorial. If you want to learn more about eval in R, check out this tutorial.

As you can see based on the class function, our example data has the class character:

If we want to convert this character string to an expression, we can use the parse function:

Let’s check the class of our data again:

The data object x2 is an expression now and can be evaluated with the eval function (as shown in Example 1).

We can also do the conversion of Example 2 in the opposite way (i.e. converting from expression to character class). For this example, I’m going to use the data object x2, that we have converted to an expression in Example 2.

With the deparse function, we can convert this R expression back to the character class and store it in the new data object x3:

Let’s check the result with the class function:

Note that this character string is not the same as our original input object x2 (as created in Example 2), since it contains additional information on the expression. For instance, this can be useful to create informative labels for data sets and plots.

Typical Parsing Errors & How to Avoid Them

If the expression, parse, and deparse functions are not applied correctly, they might lead to errors. In the following two examples, I’m going to show you two typical errors that occur after applying the parse function.

A typical error of the parse function is the following:

This error usually occurs when the expression does not end with a number or a letter. In this specific case our fake expression ends with a minus sign (i.e. -) and therefore the parse function returns an error to the RStudio console.

Another typical error of the parse function is the following:

This error occurs when several symbols are connected in an invalid way. In this specific case we tried to convert 2a to an expression without specifying if we want to do with these two values. Do we want to multiply, do we want to subtract…? We have to replace 2a with something like 2*a or 2-a in order to make the parse function work.

Enjoy the video and let me know in the comments, in case you have any questions on the handling of character strings and expressions in R. 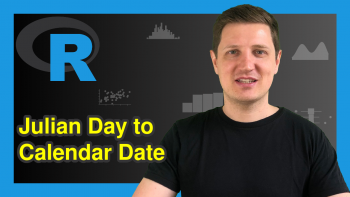 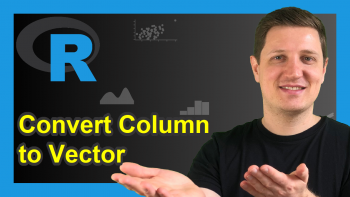