This tutorial illustrates how to order a data frame by multiple columns in the R programming language.

I will show you three example codes for the sorting of data frames. More precisely, tutorial contains the following topics:

In this tutorial, we’ll use the following example data frame:

Our data frame variables have the classes integer, character, and numeric. However, please note that we could use the following R codes to sort other data types such as factor and date columns as well.

In the following examples, we will use the variables x2 and x3 as sorting variables.

In the first example, we’ll sort our data frame based on the order() and the with() functions. The two functions are already available in Base R:

Table 2 illustrates the resulting data frame that is printed to the RStudio console. As you can see, the data matrix is sorted according to the second and the third column (i.e. x2 and x3).

You can see this based on the first two rows of Table 2. Both the first and the second row contain the value A in column x2. For that reason, these rows are ordered according to x3.

That’s basically how to sort a data frame by column in R. However, depending on your personal preferences you might prefer to rearrange your data based on a different R code. I’m therefore going to show you several programming alternatives for the ordering of your data sets in the following examples.

We can now use the arrange command of the dplyr package to order our data:

The output of this code is the same as in Example 1.

Note that we specified the columns x2 and x3 as sorting columns. However, you could specify as many columns within the arrange function as you want.

The next alternative I’m going to show you is the setorder function of the data.table package:

After installing and loading the package, we can apply the setorder function as follows:

In case you need some further explanations for the ordering of data frames by several column vectors, you could have a look at the following video that I have published on my YouTube channel. In the video, I’m describing the R syntax of this page in more detail:

Furthermore, you might have a look at the other articles of this homepage. You can find some related tutorials below:

At this point of the tutorial you should know how to rearrange the rows of a data.frame based on multiple columns in the R programming language. If you have any further questions, however, please let me know in the comments section below. 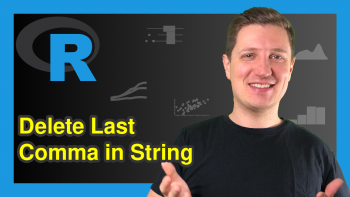 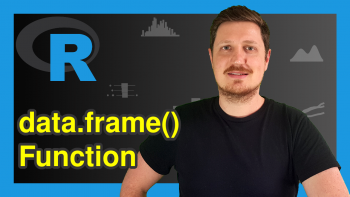