This article explains how to merge multiple data.tables in various ways in R programming. We show the different possible ways of merging data.tables with two and three data.tables.

We also have to create some data that we can use in the example syntax later on: 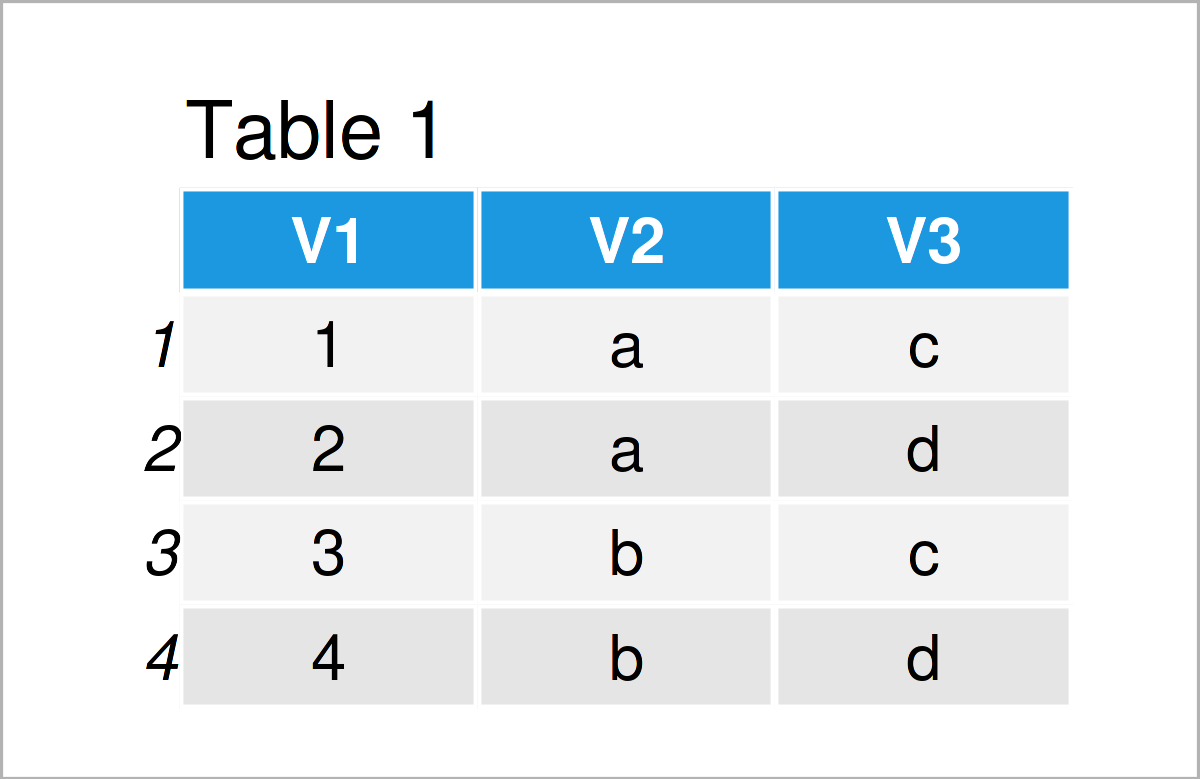 Table 1 shows the structure of the exemplifying data: It is made of four rows and three columns. 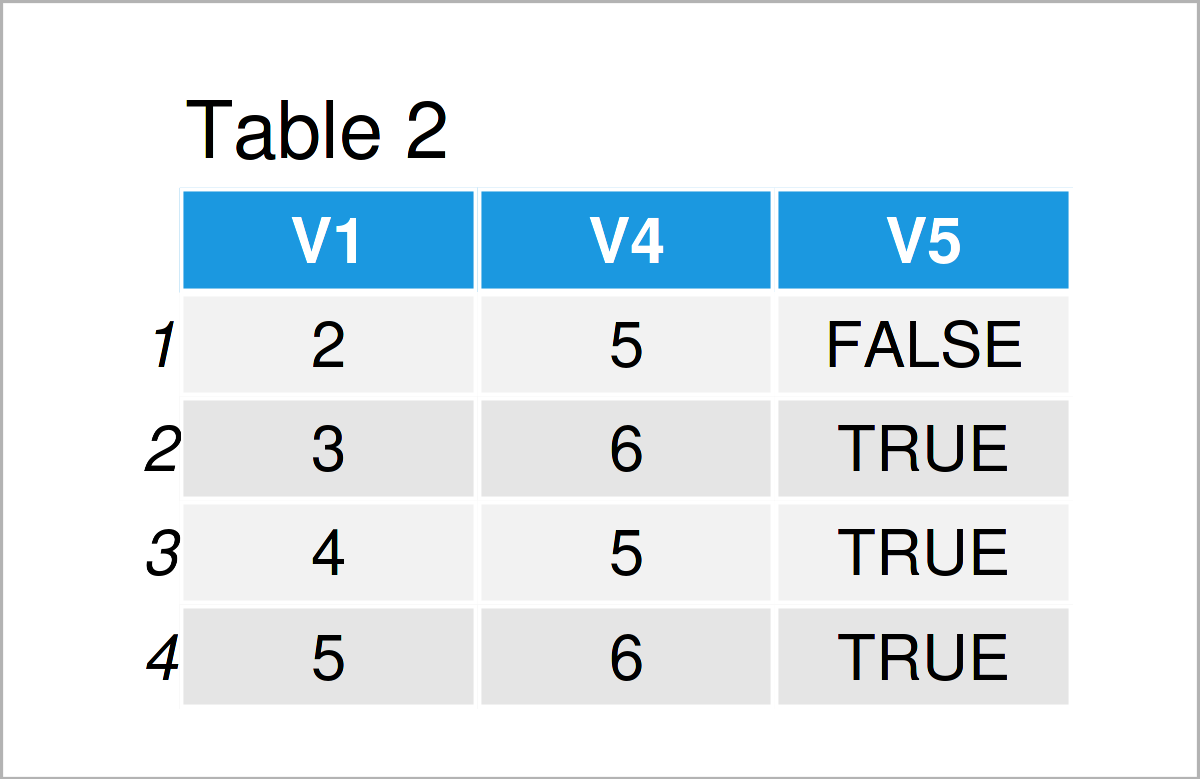 In Table 2 it is shown that we have created a data.table with the previous R programming syntax. Take a look at variable V1, we can see this variable as an identifier. Comparing DT1 to DT2 we see that DT1 and DT2 share information on observations with V1=2,3,4. 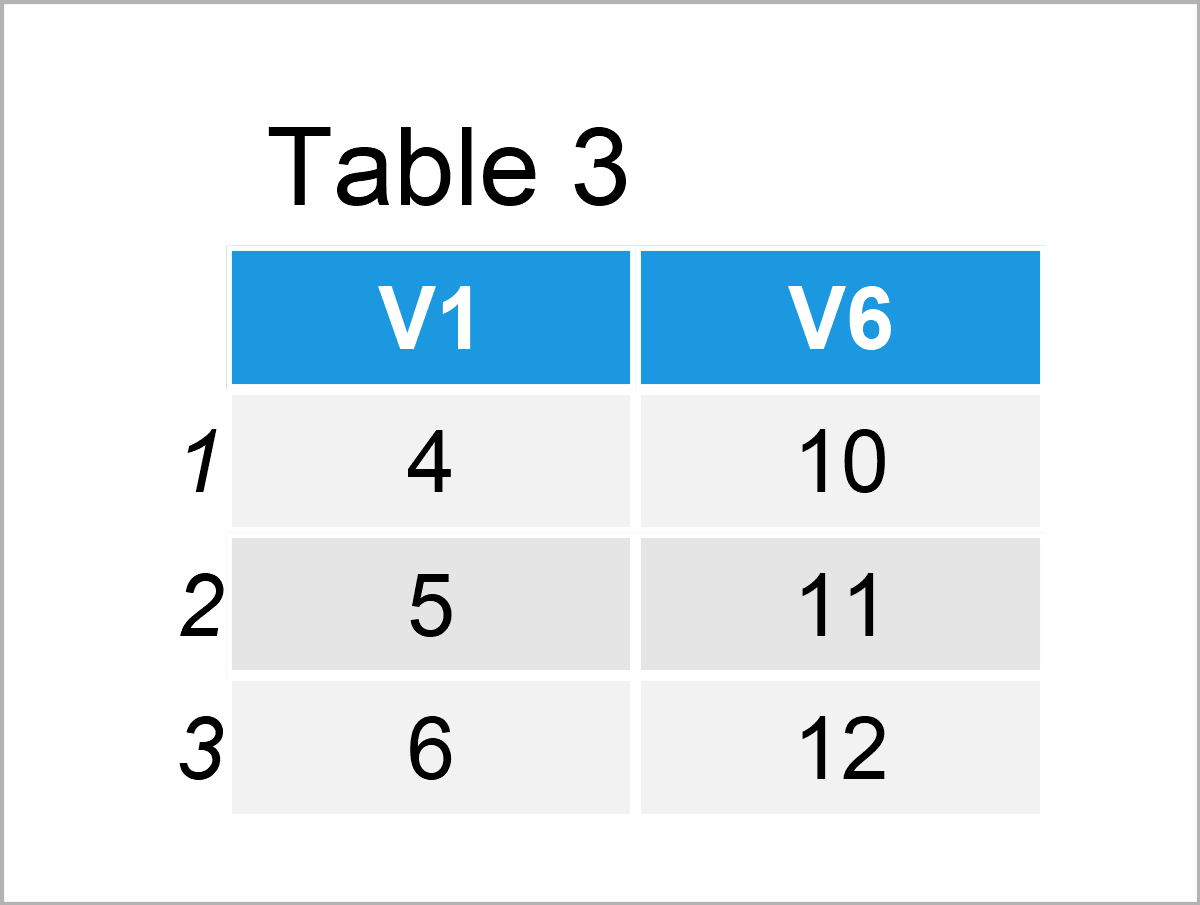 As you can see from Table 3, we again have a column V1 to identify observations in the three data.tables DT1, DT2, and DT3.

To get further information on data.table: Take a look at our data.table page here for more data.table tutorials. If you want to have a more visual intuition of the different ways of combining data.tables in R, have a look at this R Studio post. Furthermore, you can find the CRAN page of the package here and the documentation here.

In Example 1, I’ll demonstrate how to make an inner join of two data.tables with merge().

Table 4 shows the output of the previous syntax – the inner join. Function merge() automatically takes the common variable V1 as the identifier variable of the two data.tables. As we set argument all = FALSE, we indicate that we only want to merge those data rows with the common values of identifier V1.

In this section, I’ll illustrate how to make a left outer join.

After executing the previously shown syntax the data.table shown in Table 5 has been created. We made a left outer join. That is, we take DT1 and then add all additional information of these data rows (identified with common variable V1) available from DT2.

The following R programming syntax explains how to do a right join.

In this example, I’ll explain how to do a full join of two data.tables.

Table 7 shows the output of the previous R programming syntax. With argument all = TRUE we indicate that we want to merge all available information from the two datasets. All missing information is set to NA.

The following code shows how to merge more than two data.tables at the same time. In the example, we conduct a full join, merging all information from three data.tables. Remember: It is important that we have a common variable V1, indicating how to match the information.

The resulting merged data.table is shown in Table 8.

As a last example, we make an inner join of three data.tables. For that, we simply set argument all = FALSE in the merge() function.

You can see that the three data.tables only have V1=4 in common.

Do you want to learn more about the merging of data.tables in R? Then I recommend having a look at the following video on my YouTube channel. In the video, I demonstrate the R programming codes of this tutorial:

Furthermore, you could have a look at the related tutorials on this homepage:

You have learned in this article how to combine data.tables in R. If you have any additional comments and/or questions, don’t hesitate to let me know in the comments section. 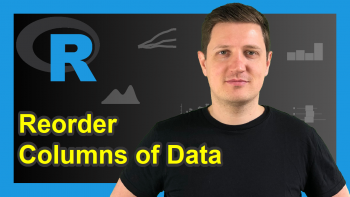 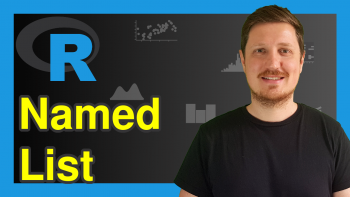