In this article, I’ll explain how to extract odd and even rows and columns from a data frame in the R programming language.

The first step is to create some data that we can use in the following example code: 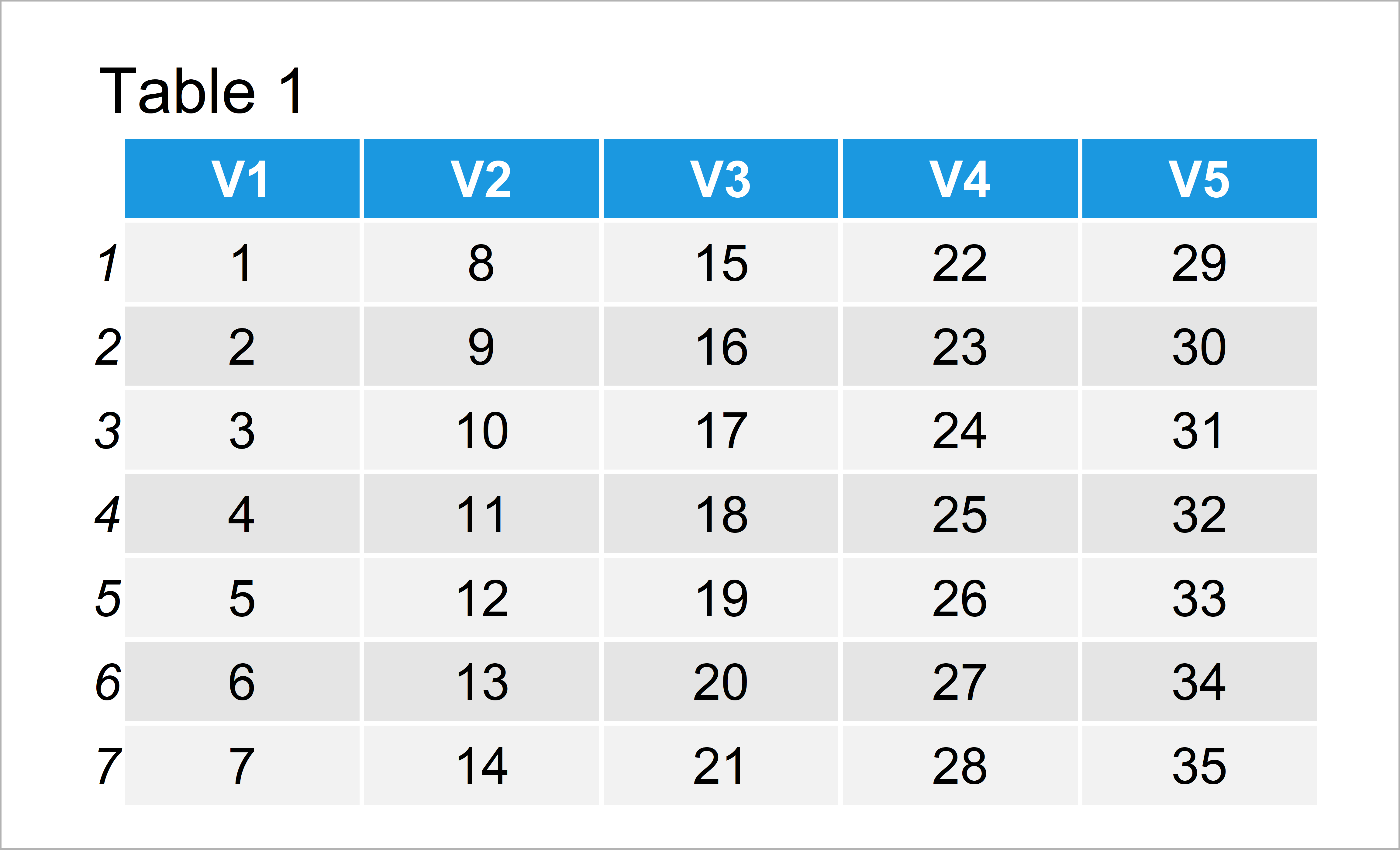 Table 1 shows the structure of the example data: It is constructed of seven rows and five columns.

The following code explains how to subset all rows with an odd index position from a data frame object.

First, we have to create a dummy indicator that shows whether a row is even or odd.

For this, we can apply the seq_len and nrow functions as well as the %% operator.

Next, we can use our dummy to drop all even rows from our data frame:

By running the previous code we have created Table 2, i.e. a subset of our input data containing only the rows with an uneven index.

In Example 2, I’ll illustrate how to retain only rows with an even index position.

For this task, we can use the dummy indicator that we have created in the previous example as shown below:

The output of the previous syntax is shown in Table 3: A data frame consisting only of even row numbers.

In this example, I’ll explain how to keep only odd data frame variables in our data.

Similar to Example 1, we have to create a dummy indicator first(this time based on the ncol function):

Next, we can use this dummy to subset only odd columns: 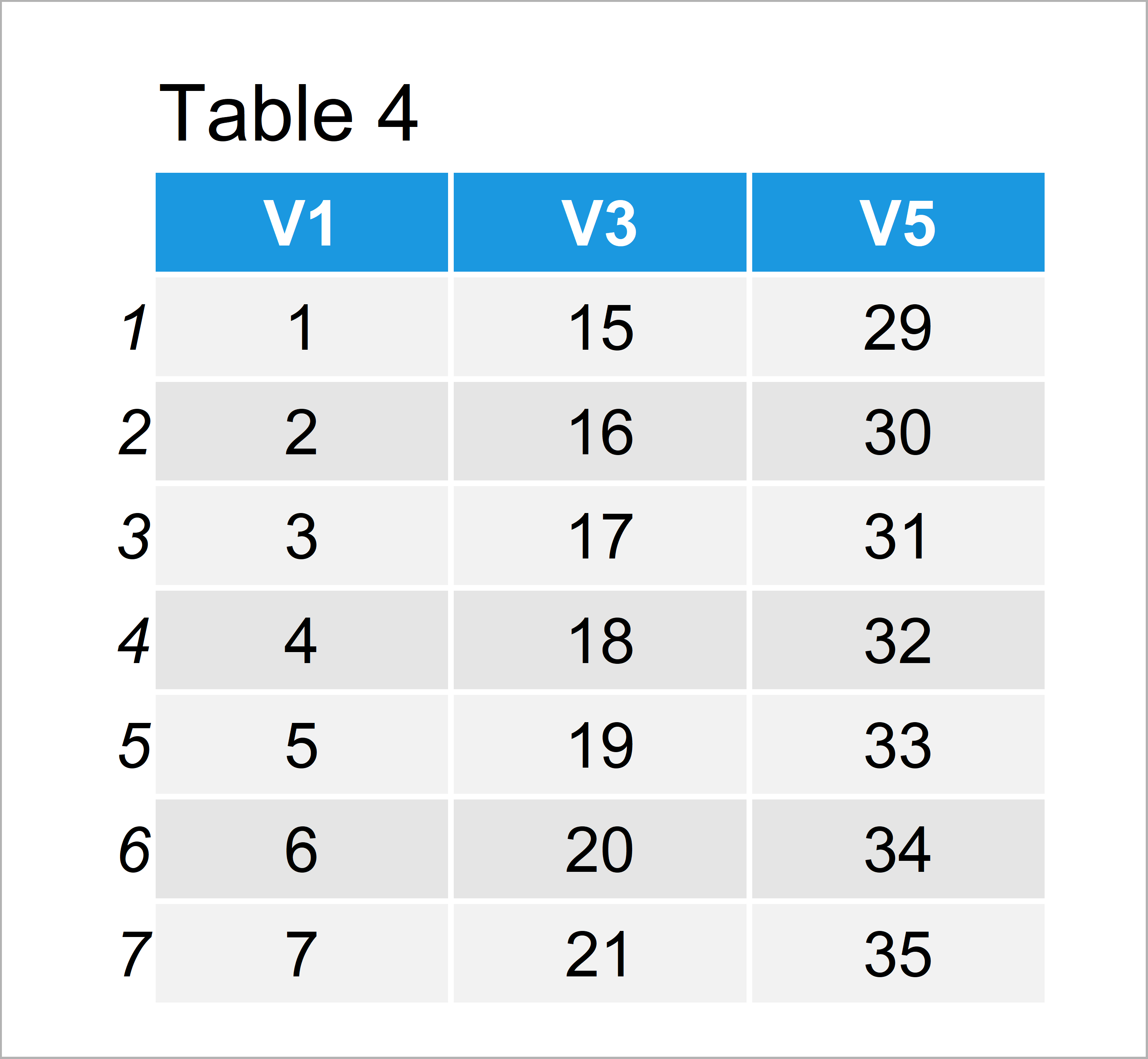 After running the previous R programming syntax the data frame shown in Table 4 has been created. As you can see, we have removed all columns with even indices.

Example 4 explains how to select all even columns of a data frame.

For this, we can use the dummy indicator of the previous example: 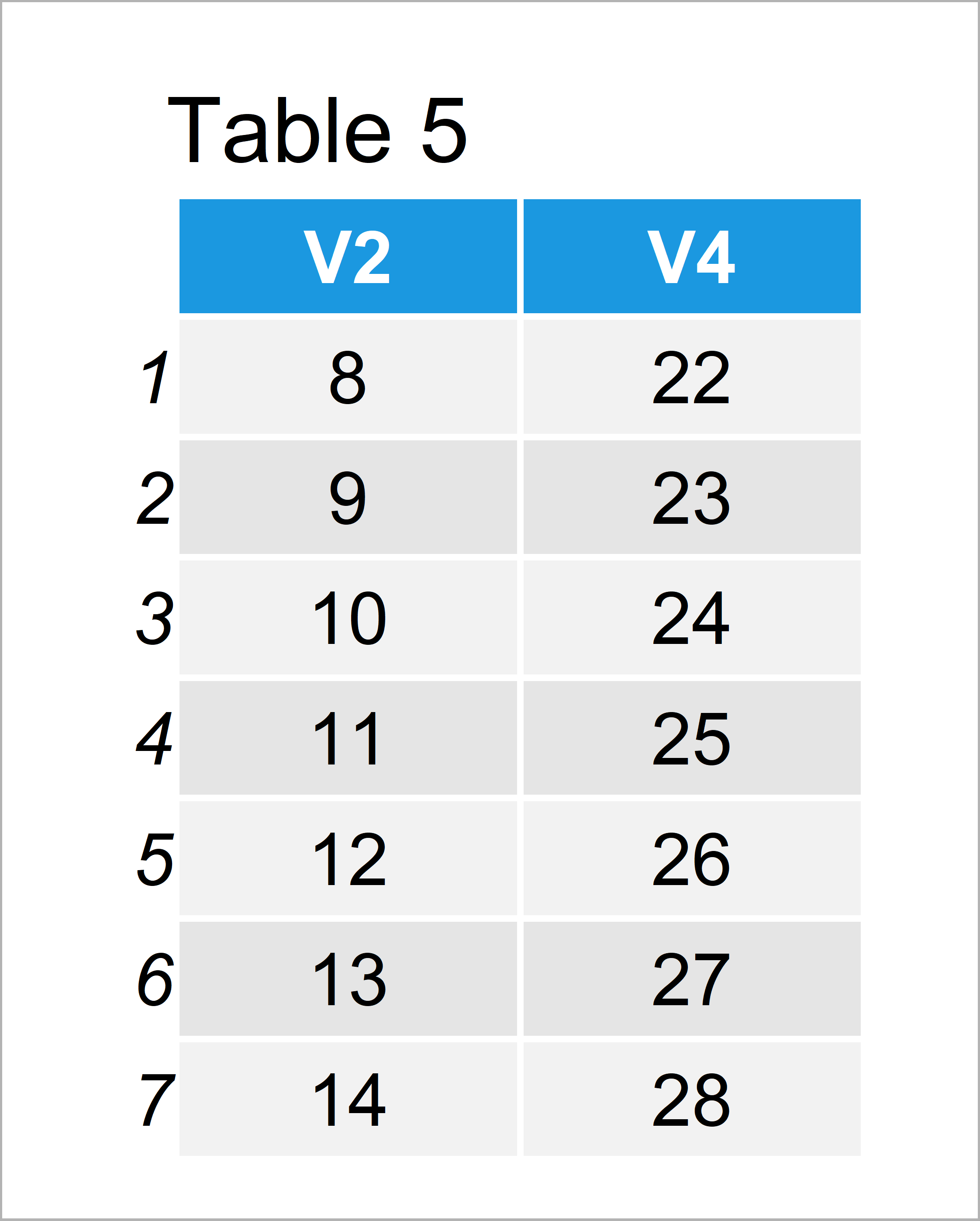 As shown in Table 5, we have managed to construct another data frame using the previous R programming code. This data matrix contains only even columns.

I have recently released a video tutorial on my YouTube channel, which explains the R syntax of this article. You can find the video below:

In this R tutorial you have learned how to subset odd and even rows and columns. Let me know in the comments section below, if you have additional questions.