In this tutorial you’ll learn how to compute the sum in R.

The article is mainly based on the sum() function. Let’s have a look at the basic R syntax and the definition of the sum function:

The sum R function computes the sum of a numeric input vector.

In this tutorial I’ll explain in three examples how to apply the sum function in R.

Let’s jump right to it.

First, we need to create some example data to which we can apply the sum R function. Consider the following numeric vector:

To this vector, we can now apply the sum function as follows:

You can see based on the output of the RStudio console that the summation of our example vector is 31.

That was easy, but however, sometimes there might occur problems when the sum function is used. So keep on reading…

A typical problem, when descriptive statistics such as the sum are computed, is the occurrence of NA values (i.e. missing data).

If we now apply the sum function to this vector, the RStudio console returns NA instead of a numeric value:

Fortunately, the sum function provides an easy solution for this problem. We simply have to specify the option na.rm = TRUE:

So far, we have only applied the sum command to oversimplified synthetic data. In this example, I’m therefore showing you how to calculate the sum of the column of a real data set.

For the example, I’m going to use the Iris Flower data. Let’s load and inspect the data in R:

Let’s assume that we want to do an addition of all values in the first column Sepal.Length. Then we can use the following R code:

On my YouTube channel, you can find a video that explains the examples of this tutorial in more detail. You can check out the video below:

Furthermore, you could have a look at some of the other R tutorials of my website:

This tutorial explained how to get the sum of a numeric data object in the R programming language. In case you have any further questions on the usage of the sum function, please let me know in the comments. 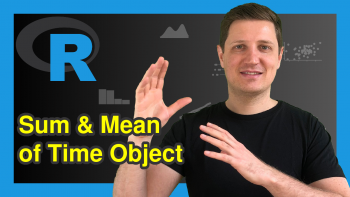 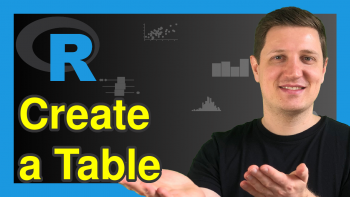