This article explains how to use the paste and paste0 functions in R. First, let’s have a look at the basic R syntax and the definition of the two functions:

In this tutorial, I’ll show you four examples for the application of paste and paste0 in the R programming language.

So without further ado, let’s dive in…

Example 1: Basic Application of the paste Function in R

The following R code illustrates the basic functionality of the paste R function:

As you can see based on the previous R code, we inserted several inputs into the paste function:

The paste function concatenated all these inputs into the character string “This is 1 out of 4 examples.”

Quite easy! However, there are several things to consider when applying paste in R. More on that in the following examples…

An important specification within the paste function is the separator (i.e. the character string that is inserted between the inputs).

By default, the paste function uses a blank as separator (i.e. sep = ” “). However, we can manually adjust the separator as follows:

In this example, we used the separator “___”. However, we could use basically every character string we want. And this is exactly the difference between paste and paste0…

Example 3: The Difference Between paste & paste0

The paste0 function is a simplified form of the paste function, which uses no separator at all. Have a look at the R help documentation of paste and paste0:

Figure 1: Excerpt of the R Help Documentation of paste() & paste0().

As you can see based on Figure 1, the paste0 command doesn’t provide a separator option (as paste does). What’s the reason?

By default, paste0 uses sep = “” (i.e. no separator at all). This can be convenient, in case you don’t want to use a separator anyway. However, at the same time you are limited in your output possibilities.

Both R codes print the same output to the RStudio console.

The collapse option is mainly used to concatenate vectors of strings together. Consider the following example vector:

If we would just insert this example vector into the paste (or paste0) function, the output would be as follows:

Only one string left… Looks good!

Further Resources for the Handling of Characters in R

Furthermore, you could also have a look at some of the other tutorials on this website. I have published a decent number of articles on the handling of strings in R already:

At this point, you should know how to handle the paste and paste0 functions in R. However, if you have any further comments or questions, you could let me know in the comments. Also, don’t forget to subscribe to my newsletter for regular statistics and programming updates! 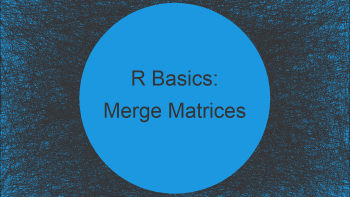 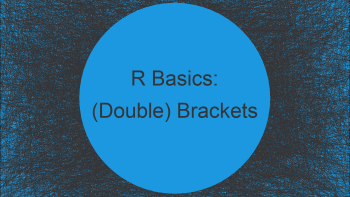