In this R tutorial you’ll learn how to draw an unbalanced grid of plots. 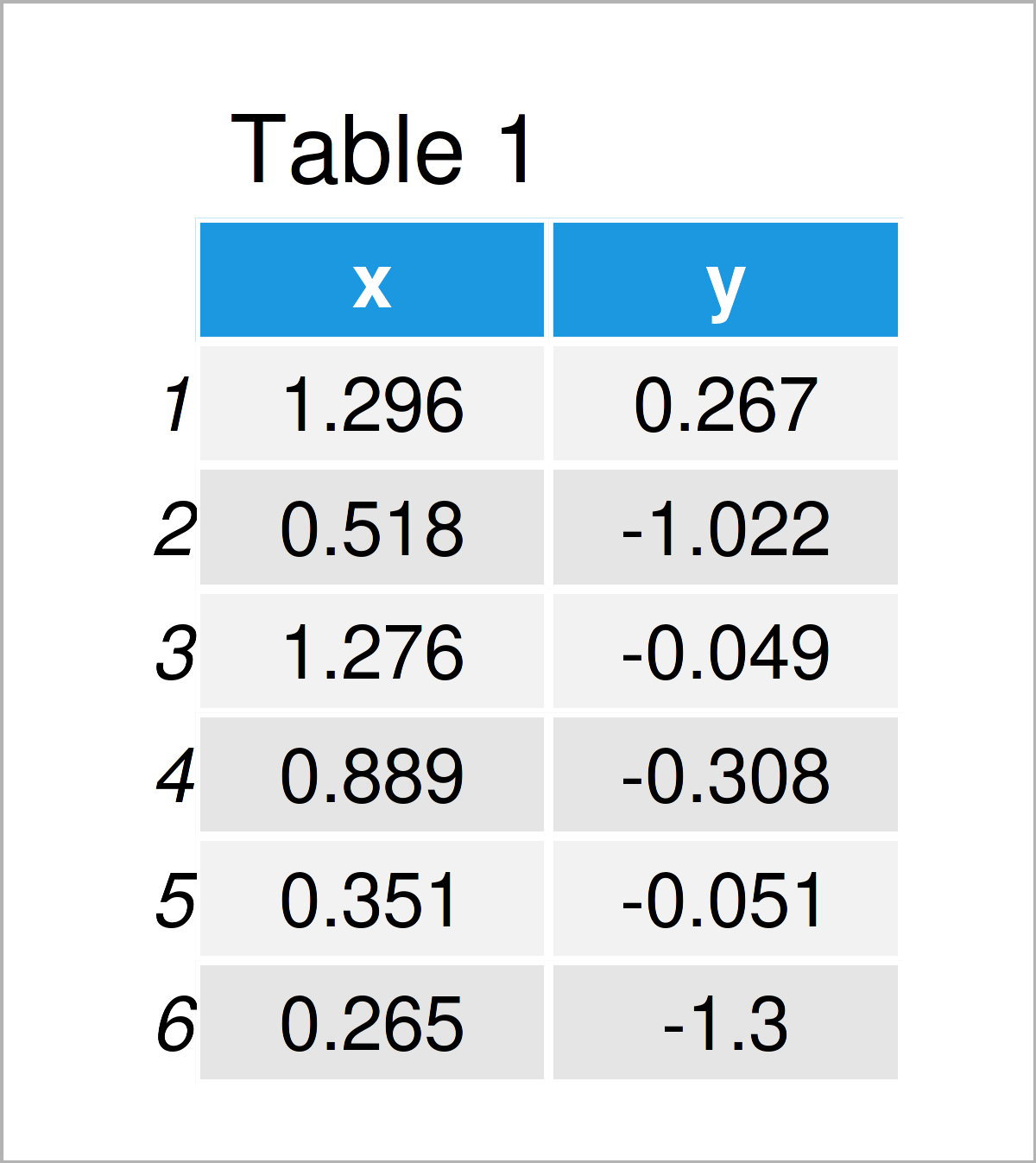 Have a look at the previous table. It shows the first six data points of our example data, and that our data consists of two randomly distributed numerical columns.

Example 1: Change Size of Plots in Base R Grid Layout

In Example 1, I’ll explain how to create a grid of plots with different sizes using the basic installation of the R programming language.

We can specify a grid of multiple graphics with the same size side-by-side using the par function and the mfrow argument:

Next, we simply have to draw a few graphs to appear in our grid of plots: 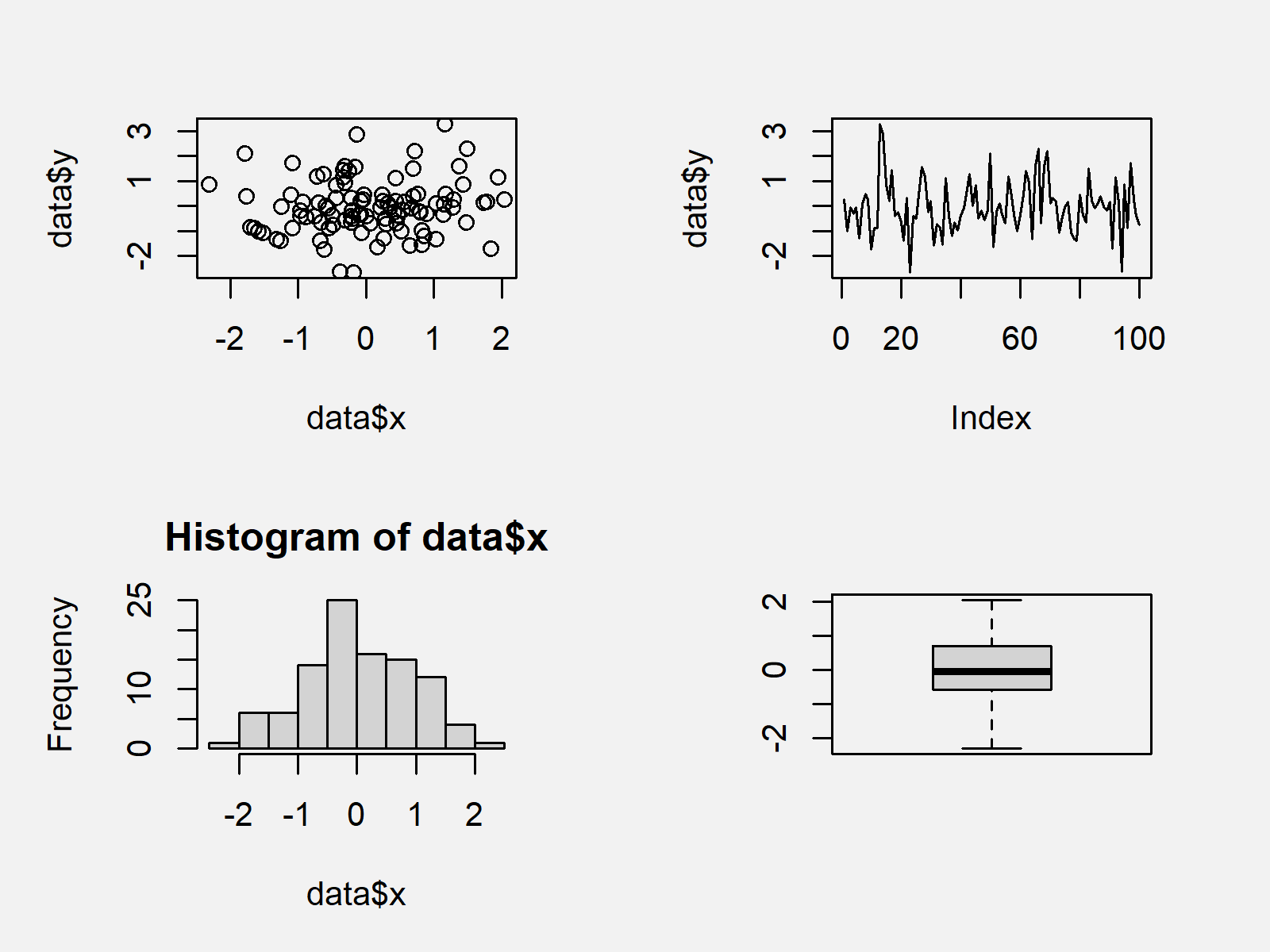 The output of the previously shown R syntax is shown in Figure 1: We have drawn four different graphics in two rows and two columns. All graphs have the same size.

If we want to change the size of graphics in a grid of Base R plots, we first have to specify a matrix corresponding to the positions of each plot:

The output of the previous R programming syntax is shown in Table 2 – We have specified the positions where our plots should appear. Note that the plots No. 1 and No. 4 appear at two locations.

Next, we have to apply the layout function to our matrix to arrange the grid of plots according to this matrix:

Finally, we can create our grid of plots with unbalanced sizes: 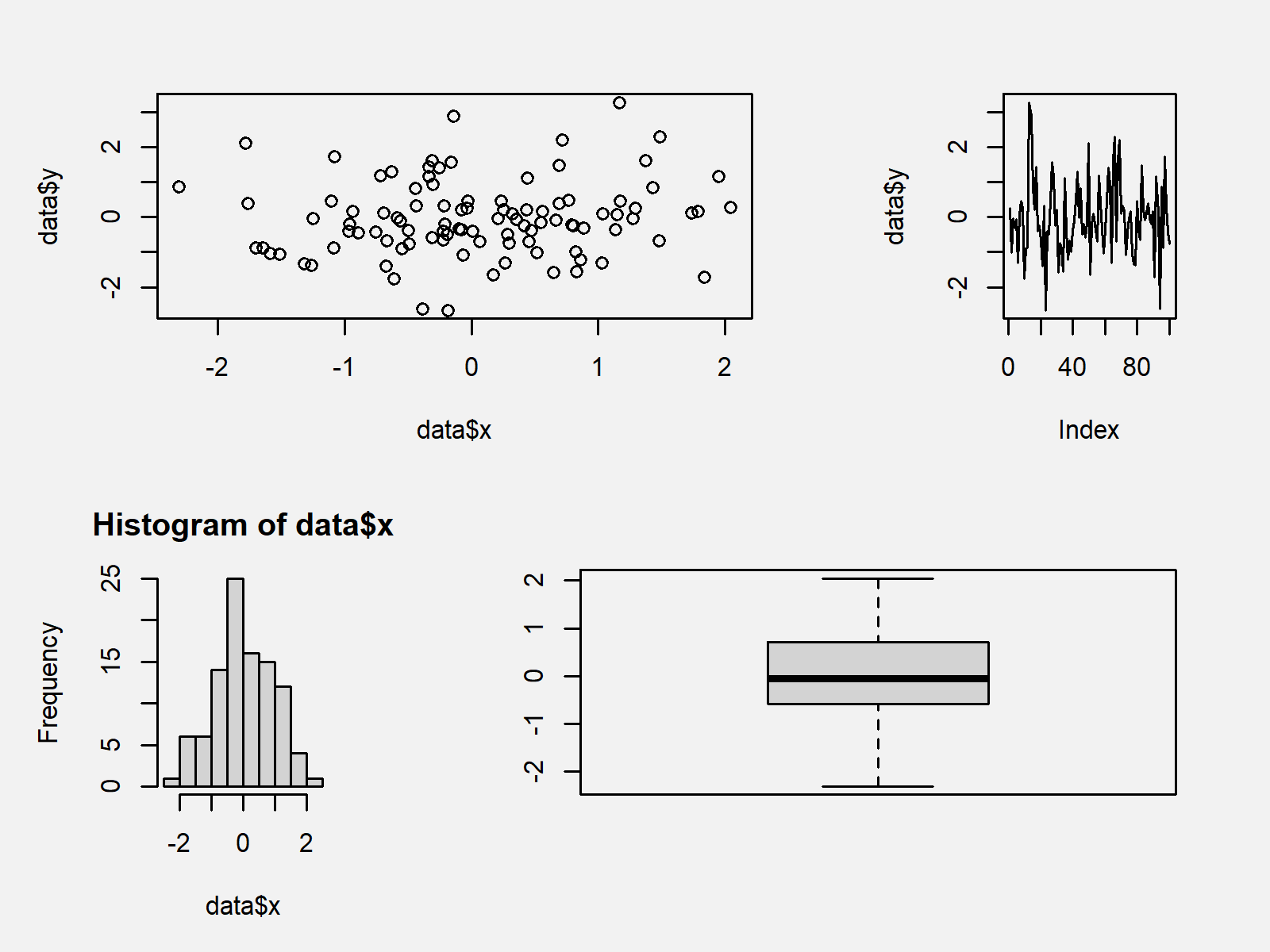 Figure 2 shows the output of the previous code: A grid layout of Base R plots with different sizes.

This example explains how to draw a grid of ggplot2 plots with different sizes.

In order to use the functions of the ggplot2 package, we first need to install and load ggplot2:

Next, we have to create multiple ggplot2 plot objects that contain the graphs we want to illustrate in our plot layout:

In order to draw our ggplot2 plots side-by-side, we first have to install and load the patchwork software package:

Next, we can arrange our ggplot2 plots in a plot layout with equal sizes as shown below: 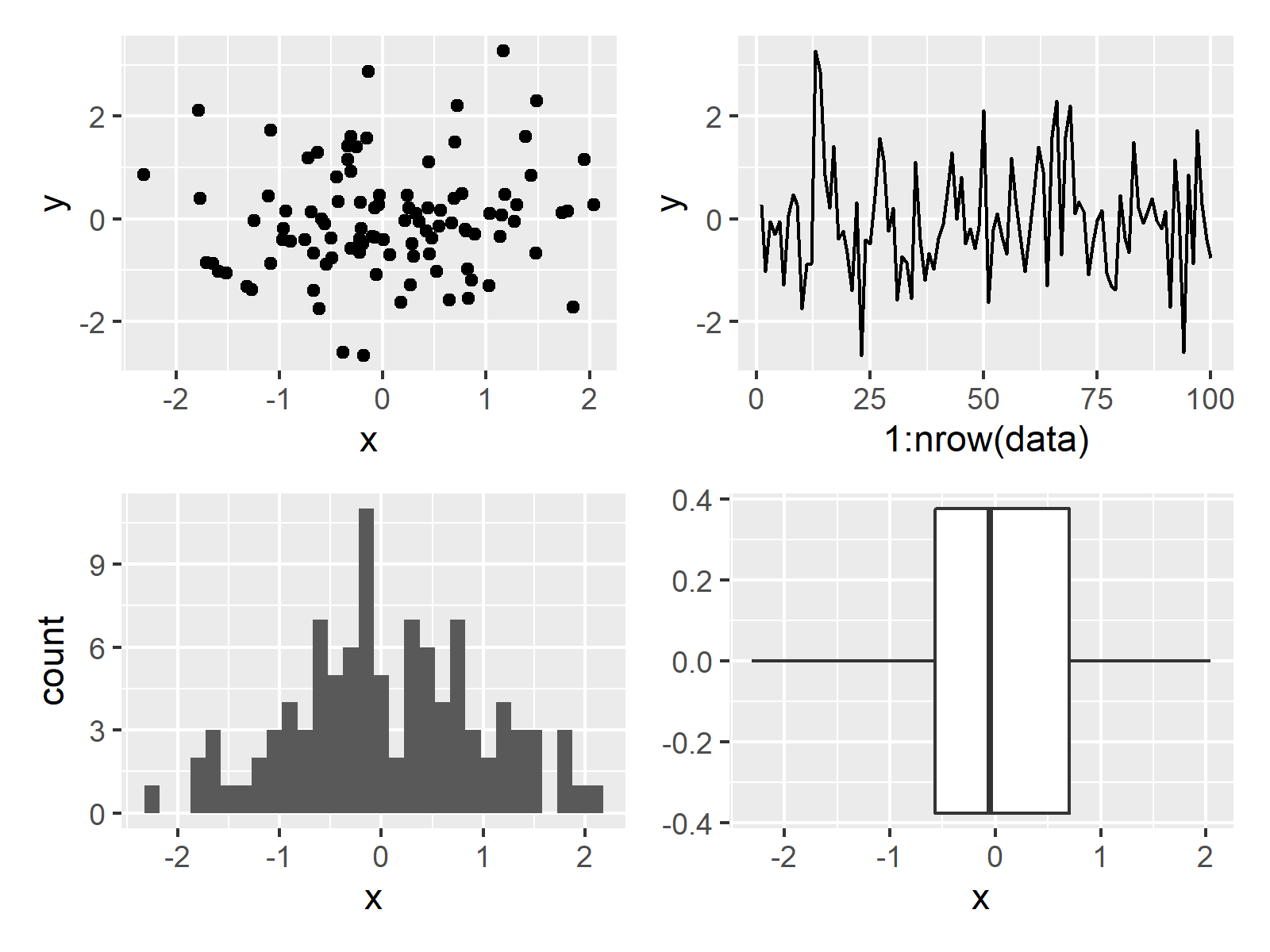 In Figure 3 you can see that we have drawn all the ggplot2 plots side-by-side by running the previous R programming code.

In case we want to draw ggplot2 plots with different sizes, we have to define the grid design first:

The previous output shows the top, left, bottom, and right positions of our four ggplot2 graphs.

Next, we can draw our grid of ggplot2 graphics according to this design: 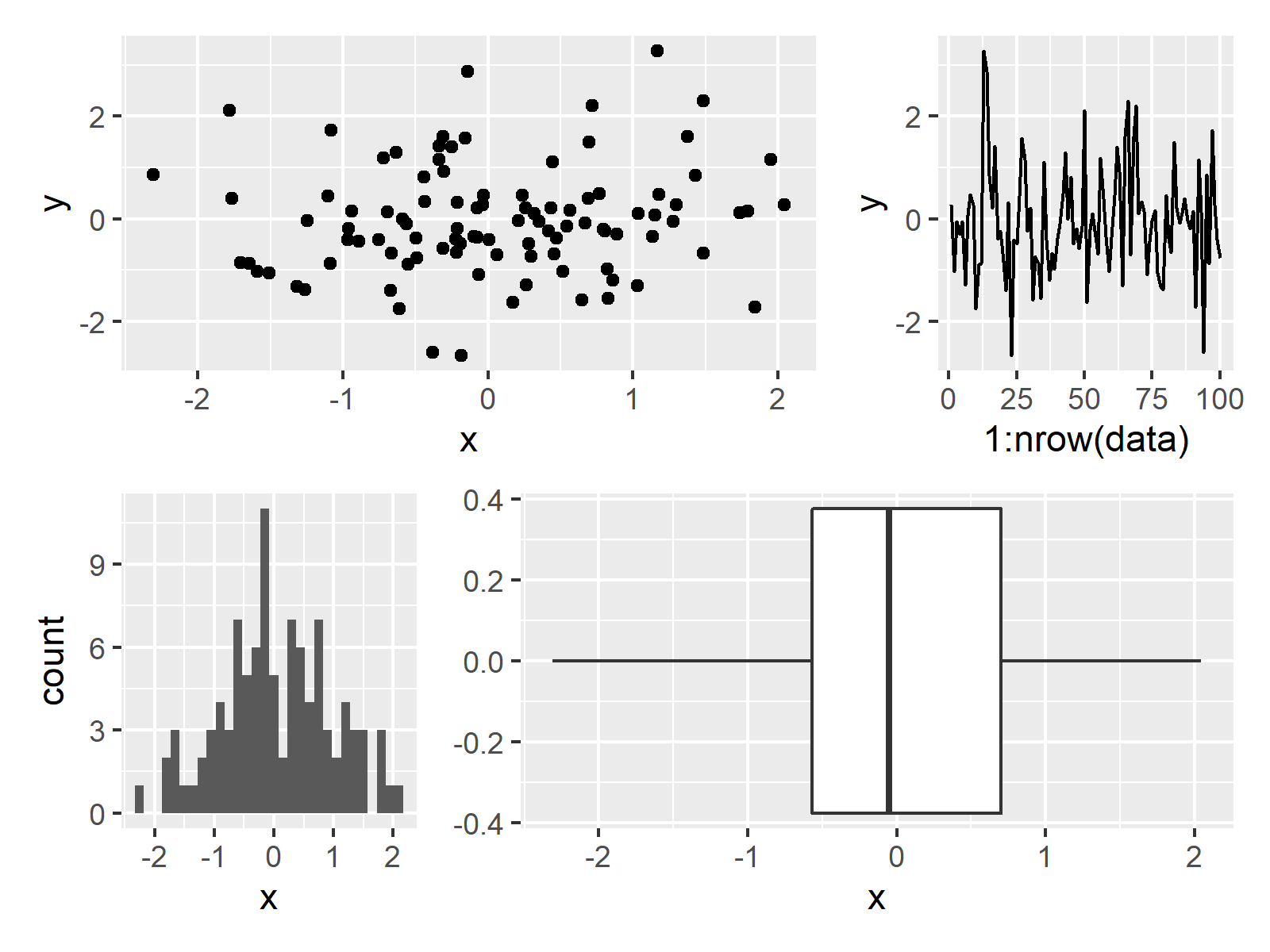 The output of the previously shown R programming code is shown in Figure 4: A grid of ggplot2 plots with different sizes.

Some time ago I have released a video on my YouTube channel, which shows the topics of this tutorial. You can find the video below.

In addition, you could have a look at the other posts on my website. I have released numerous tutorials about similar topics such as graphics in R, plot legends, and ggplot2 already.

In summary: This tutorial has shown how to draw plots with different sizes side-by-side in the R programming language. In case you have additional questions and/or comments, please let me know in the comments below. 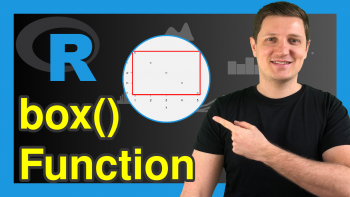 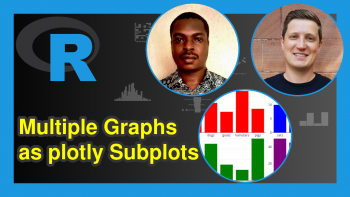