In this tutorial, I’ll show how to create a barplot with standard error (SE) bars in the R programming language.

The following data is used as basement for this tutorial: 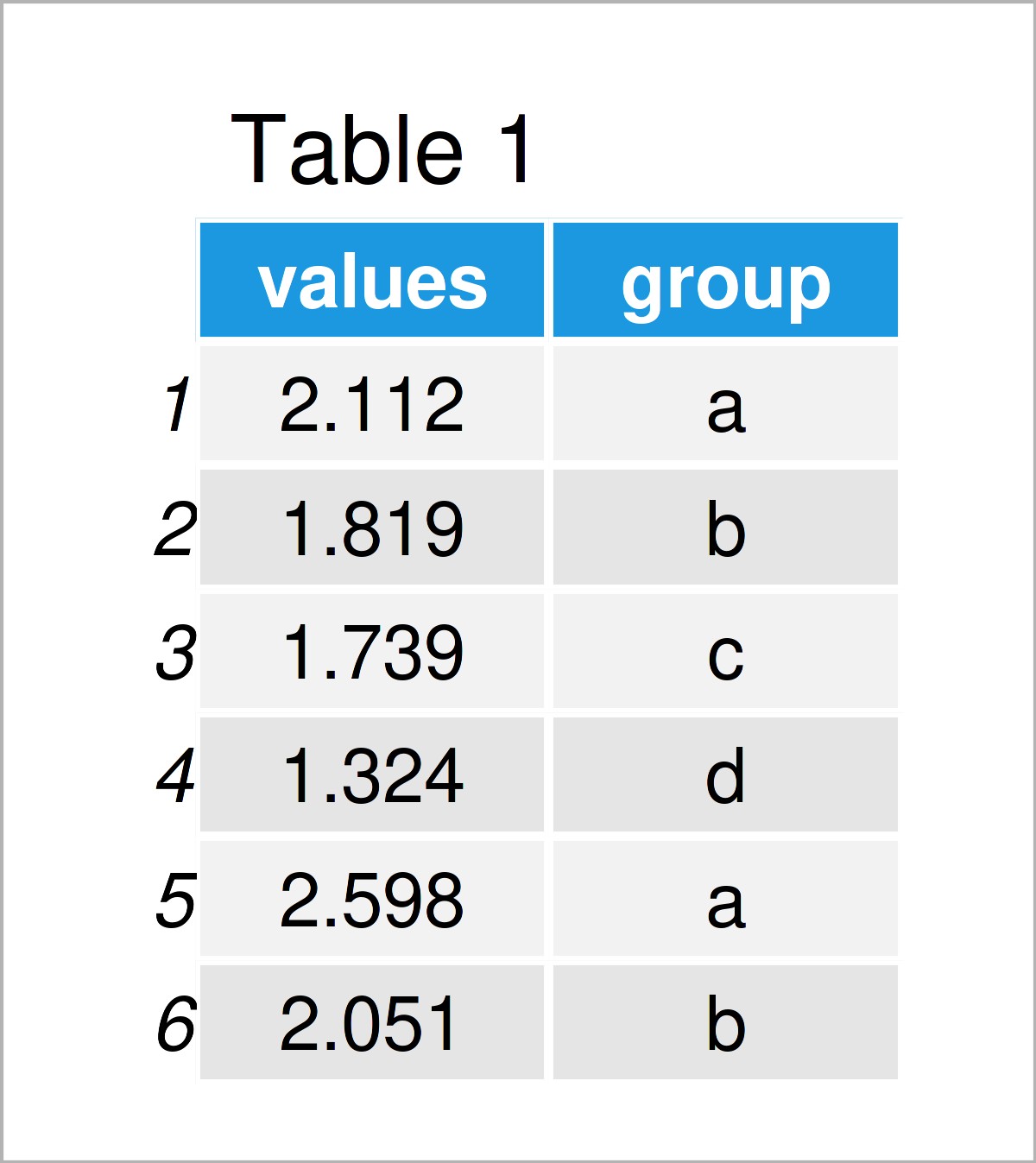 As you can see based on Table 1, our example data is a data frame made up of the two variables “values” and “group”. The variable values is numerical and the column group is a character.

In Example 1, I’ll demonstrate how to add standard error bars to a barchart using the basic installation of the R programming language.

To achieve this, we first have to create a data set containing the mean and standard errors by group.

For this task, we can use the aggregate function as shown below: 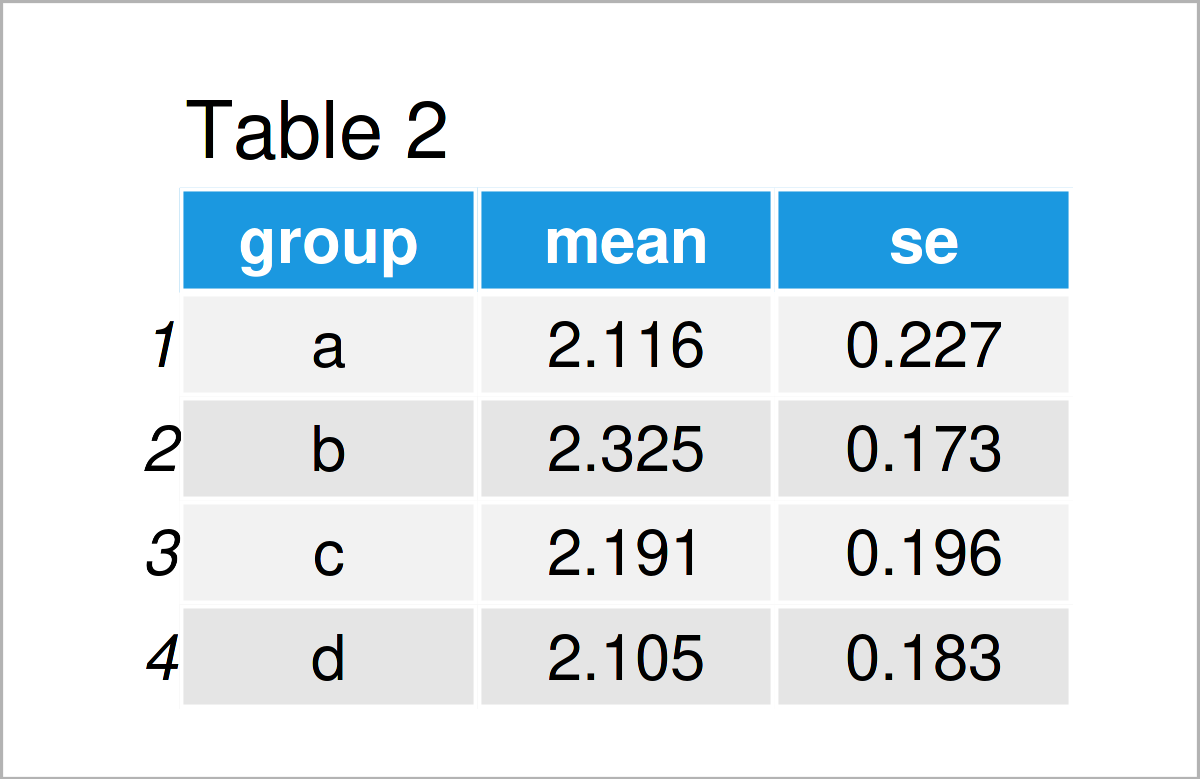 Next, we can use our summary data to create a barplot with standard error bars. For this, we have to apply the barplot and arrows functions as shown below: 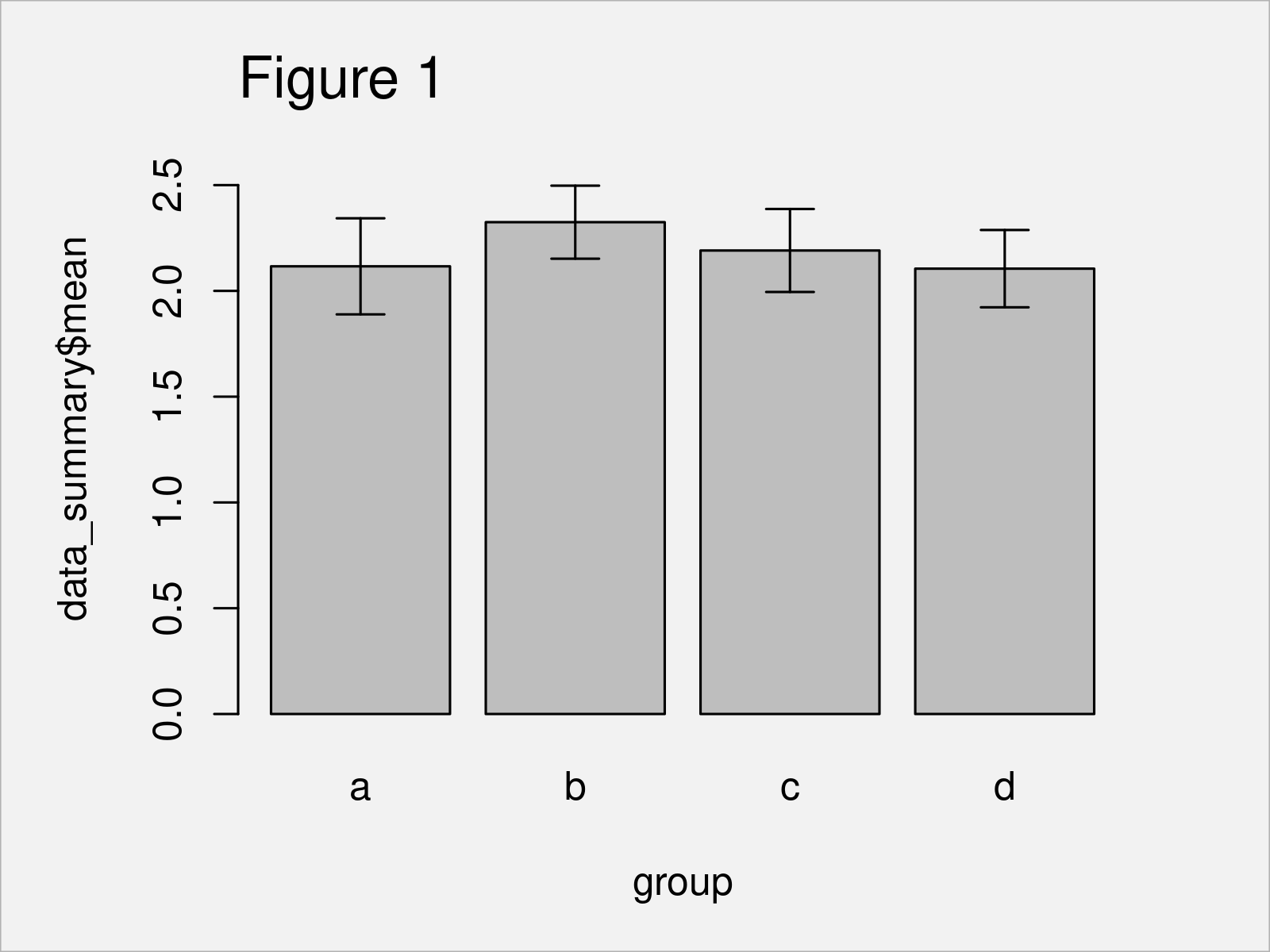 In Figure 1 it is shown that we have created a barplot with error bars with the previous R code.

So far, so good! However, the previous R code has been somewhat complicated. In the next example, I’ll explain a much simpler solution (in my opinion) for the creation of bargraphs with error bars.

In Example 2, I’ll demonstrate how to use the stat_summary function of the ggplot2 package to add error bars to a barplot.

We first have to install and load the ggplot2 package:

In the next step, we can apply the stat_summary function to draw a barchart with error bars. Note that we are also using the coord_flip function to show the bars vertically instead of horizontally aligned. 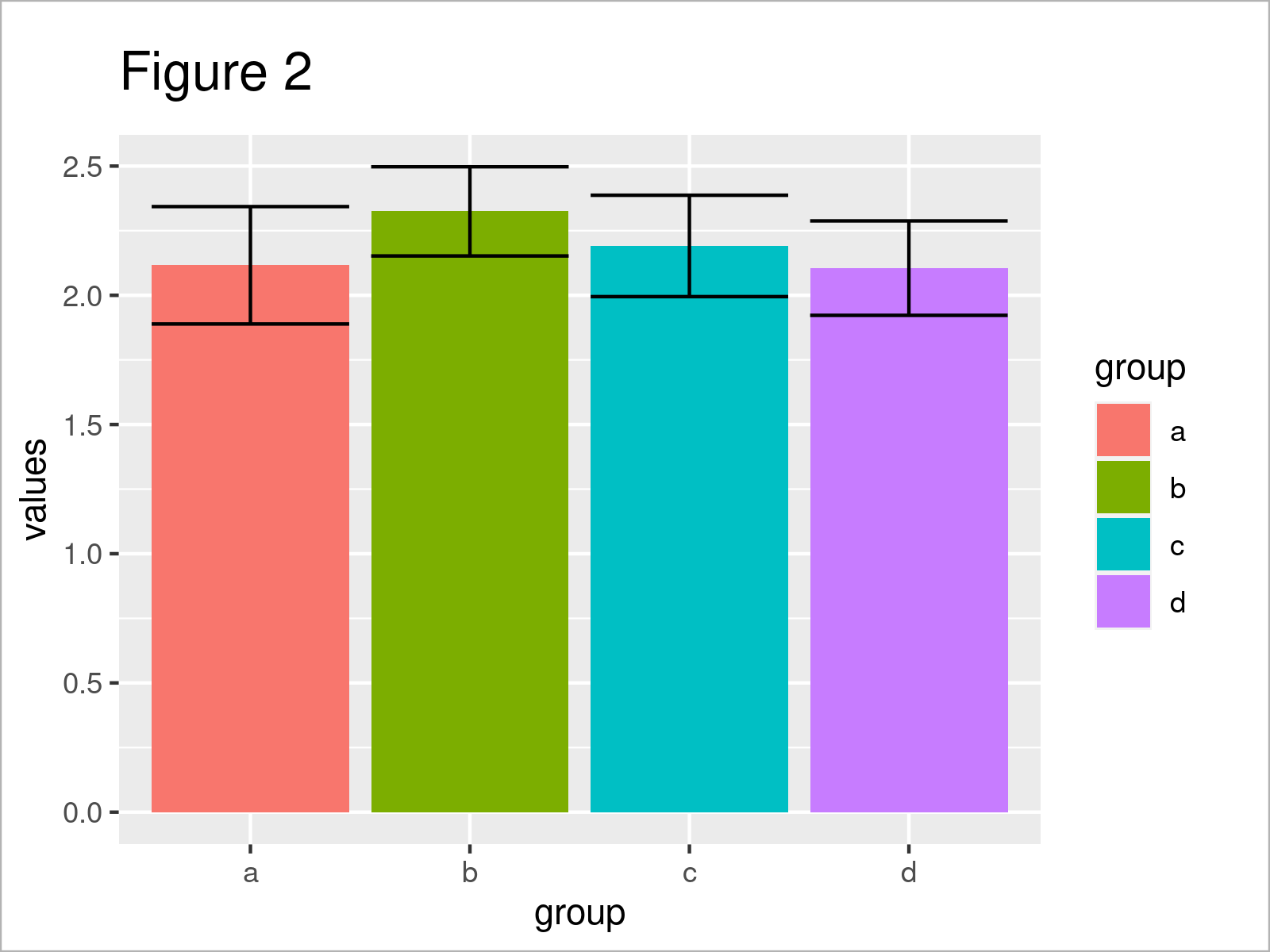 After running the previous R programming code the ggplot2 barplot with error bars shown in Figure 2 has been plotted.

In case you need further information on the content of this tutorial, you may want to have a look at the following video that I have published on my YouTube channel. In the video, I demonstrate the content of this article in a programming session in RStudio.

In addition, you may want to read the other tutorials on this homepage. I have released numerous tutorials on topics such as counting, graphics in R, and ggplot2.

At this point, you should have learned how to draw a barchart with standard error bars in R programming. Note that we have used a relatively simple example in this tutorial. However, we could easily extend the previous R codes to plot more complex graphics such as grouped or stacked barcharts. In case you have any further questions, let me know in the comments. 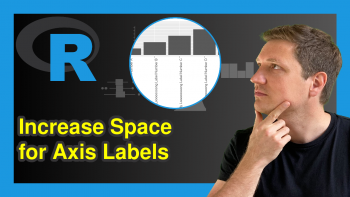 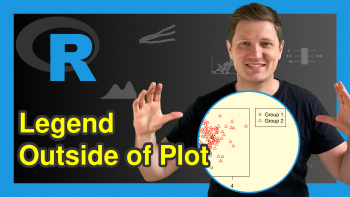