For the formulas of the generalized linear model with multinomial link, we refer you to Agresti (2012) Categorical Data Analysis, especially Chapter 8.

From the cumulative probabilities, we can draw actual classes.

As you can see: Based on the previous output of the RStudio console, we created variable y, which consists of three classes of quite unequal frequencies.

In the following small example, we want to set one of the parameters of R function rpart from the rpart package. One of the options of rpart, which you can see using ?rpart.control, is minsplit: The minimum number of observations that must exist in a node in order for a split to be attempted. The default value is set to 20. We use cross-validation to see how rpart performs under different values of minsplit. We consider the following integers.

We define 5 splits of the data, stratified according to the imbalanced class frequencies. We prefer to have stratified folds as our variable of interest, y, is imbalanced. For more information on machine learning under imbalanced data, we refer you to the book Learning from Imbalanced Data Sets from 2018.

Now let us make a small example. Take the 5 folds to perform a cross-validation for choosing the minsplit integer of the rpart algorithm. In this small example, we take the overall accuracy to evaluate rpart under the different minsplit integers. Exercise for you: There are other measures more suitable for imbalanced data. Change the code to one of the evaluation criteria you found. Do the results differ?

In this small example, there are only small differences in the accuracy of rpart with respect to different minsplit values.

Now it is up to you: Have a try, see whether the accuracy (or your evaluation measure of choice) of rpart is sensitive with respect to the other parameters of the algorithm (available under ?rpart.control).

Have a look at the following video on my YouTube channel. I demonstrate the R programming code of this article in the video:

Furthermore, you may read the related posts on my homepage. I have released several articles that are related to the data.table package, which we used in this post, already.

Summary: You have learned in this article how to do stratification for the k-folds in cross-validation in R programming. In case you have any further questions, tell me about it in the comments below. 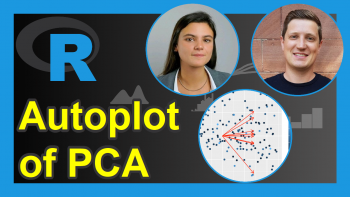 Autoplot of PCA in R (Example) 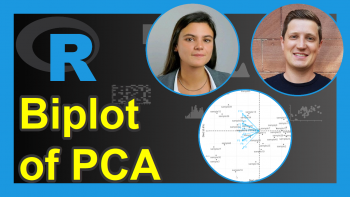 Biplot of PCA in R (2 Examples)