In this R tutorial you’ll learn how to substitute NA values by the mean of a data frame variable.

As you can see based on the previous output of the RStudio console, our exemplifying data has ten rows and three numeric columns. Each of the variables contains at least one missing value (i.e. NA).

In this example, I’ll show how to substitute the NA values in only one particular data frame column by its average. For this, we can use the is.na and mean functions as shown below:

This example illustrates how to replace all numeric values of your data with a for-loop.

All NA values of our data frame were replaced by the mean of the corresponding column.

You might say that the R syntax of Example 2 was relatively complicated. Fortunately, the zoo package provides a very simple alternative if we want to replace all missing values by column means.

If we want to use the functions and commands of the zoo package, we first have to install and load zoo:

Now, we can use the na.aggregate function to replace all missing data:

The output is exactly the same as in Example 2.

Do you want to know more about missing data? Then you may want to have a look at the following video which I have published on my YouTube channel. In the video, I’m explaining the R codes of this article.

Also, you could have a look at the related articles that I have published on my homepage.

Summary: In this R tutorial you learned how to exchange missing values by column means in one or multiple variables. Let me know in the comments below, if you have further questions. 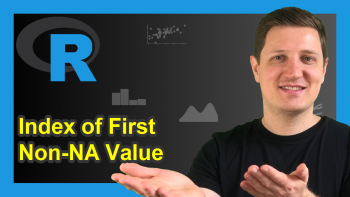 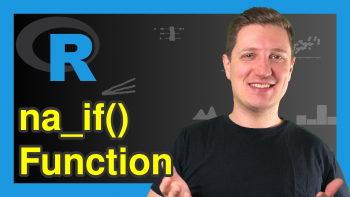