In this tutorial, I’ll explain how to plot several ggplot2 densities in the same graph in the R programming language.

I’ll use the following data as basement for this tutorial: 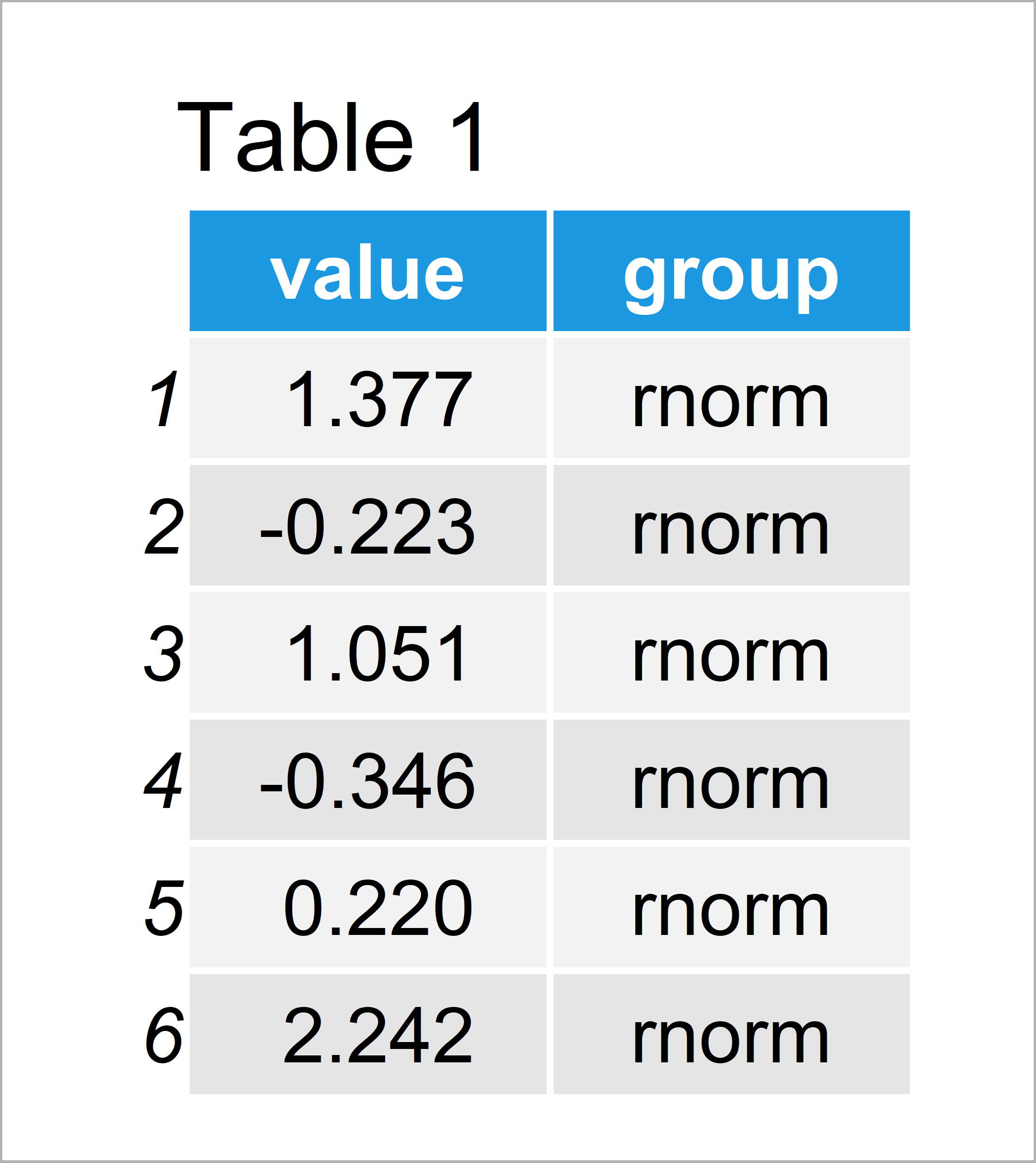 Have a look at the table that has been returned after executing the previous syntax. It shows that our example data is composed of 300 rows and two variables.

The variable “value” contains the data points and the variable “group” consists of the corresponding groups.

To be able to use the functions of the ggplot2 package, we also need to install and load ggplot2:

Now, we have prepared everything and can move on to the plot examples. 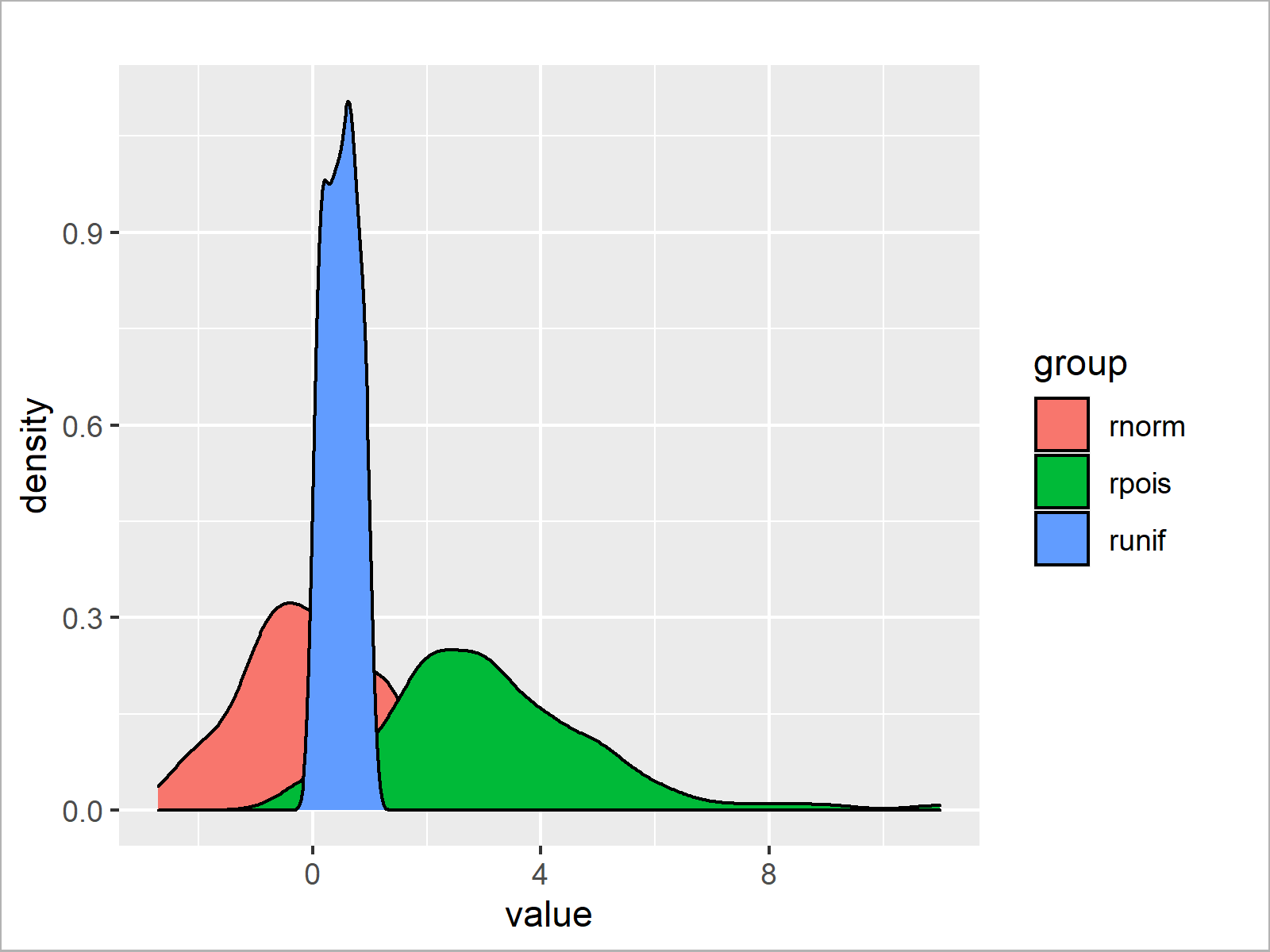 By executing the previous syntax we have managed to create Figure 1, i.e. a ggplot2 graph containing three different density plots.

In the plot that we have created in Example 1, the overlapping parts of the densities make it impossible to see the shape of the density in the background.

For this reason, it may be useful to make our densities transparent.

Example 2 explains how to decrease the opacity of our density plots by specifying the alpha argument within the geom_density function. 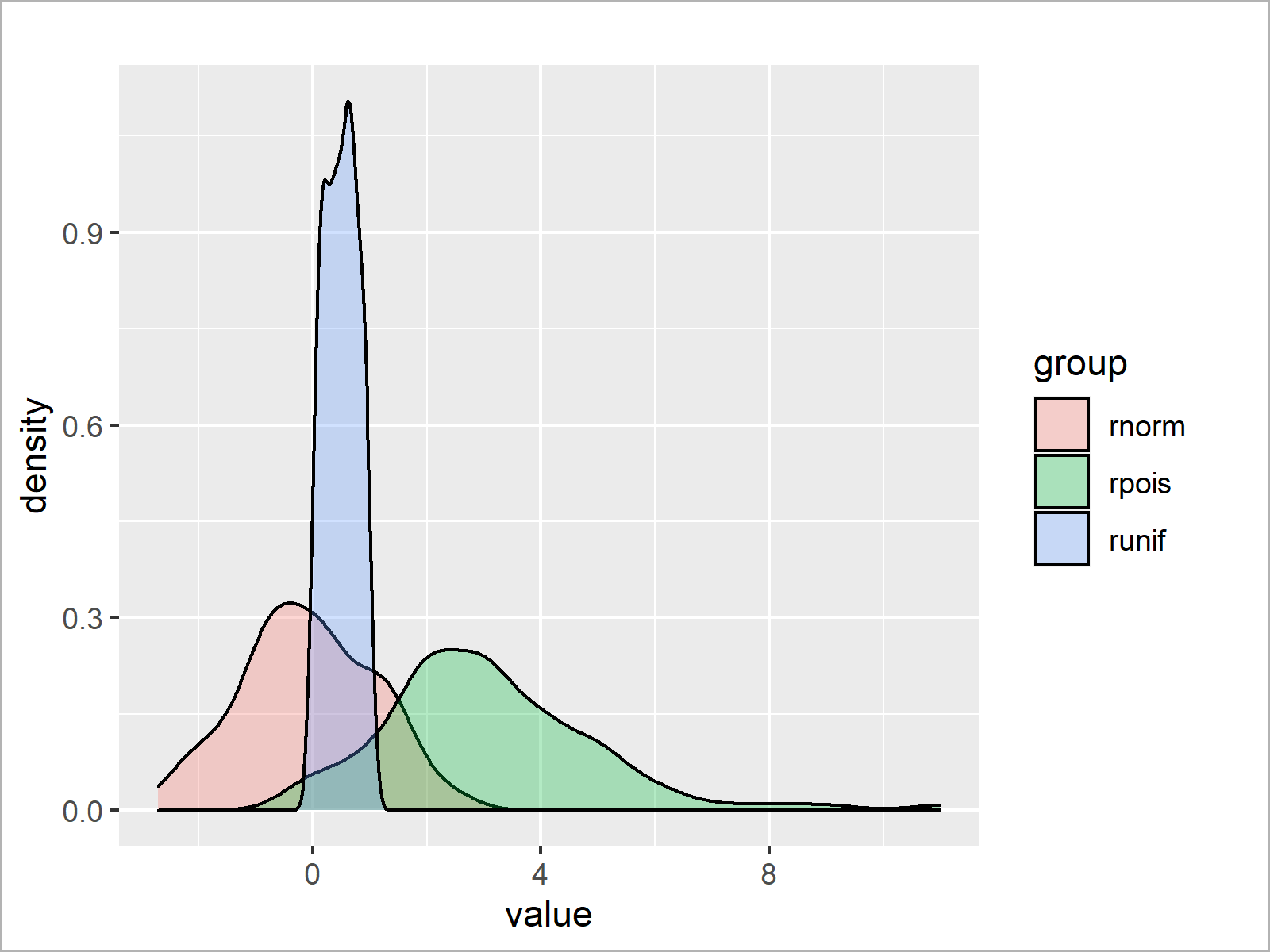 The output of the previous R programming code is shown in Figure 2: A ggplot2 graphic containing multiple transparent density plots.

To make our densities transparent, we just had to specify the alpha argument within the geom_density function. Everything else was kept the same as in Example 1.

Do you need more explanations on the R programming syntax of this tutorial? Then you may want to watch the following video of my YouTube channel. In the video, I’m explaining the contents of this tutorial.

Furthermore, you could read some of the other tutorials of this website:

On this page, I have illustrated how to overlay multiple density plots using the ggplot2 package in R. Please let me know in the comments section, if you have further comments or questions. 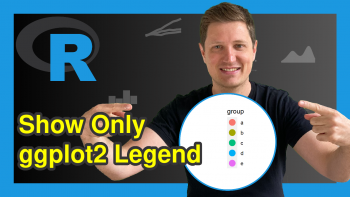 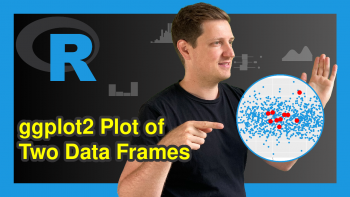