This tutorial shows how to sort the rows and columns of a heatmap in R programming.

With that, here’s how to do it…

Now, we can draw our data in a heatmap as follows: 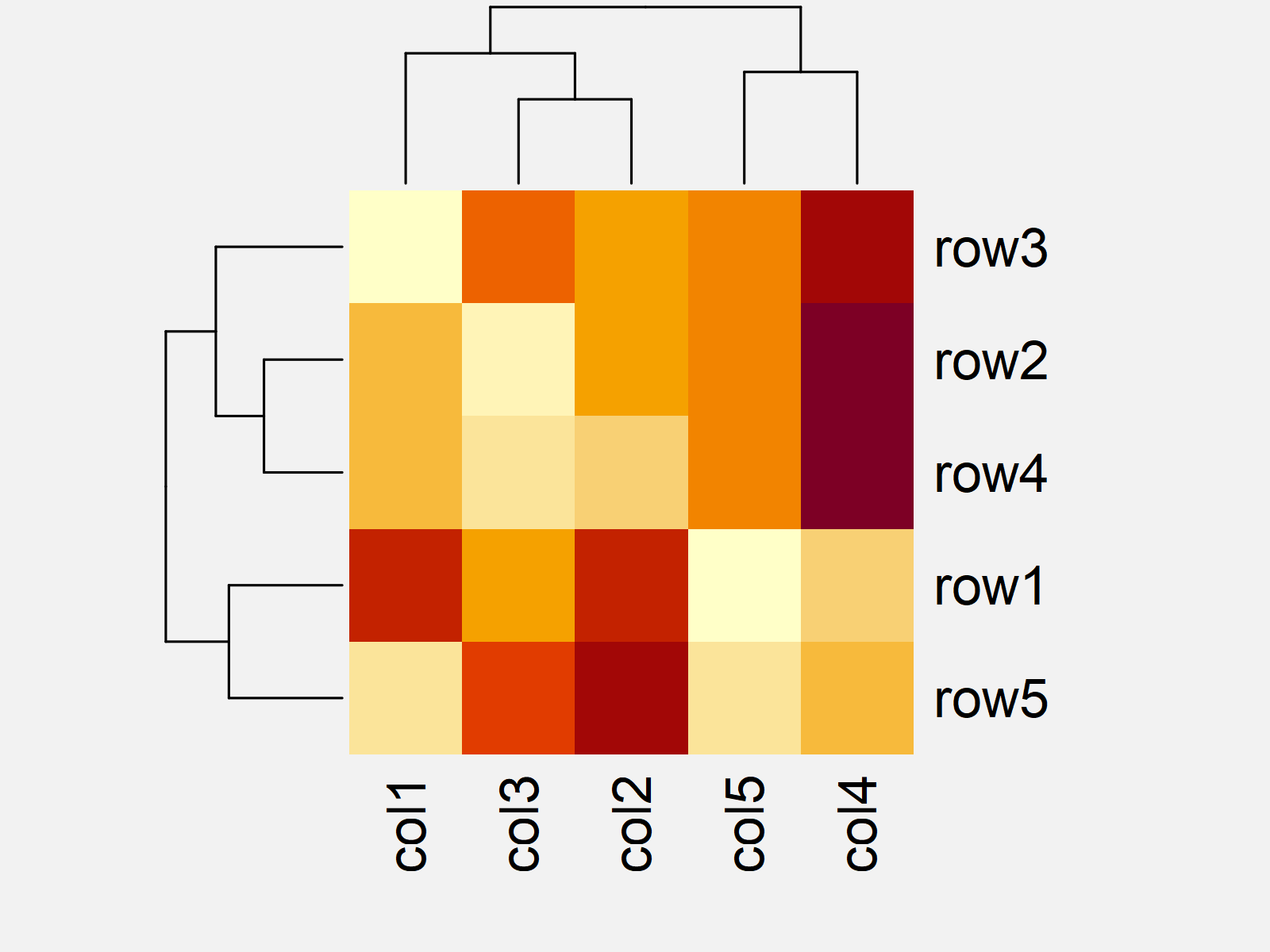 Figure 1 shows the output of the previous R programming syntax: A Base R heatmap with default ordering of the rows and columns.

As you can see, the rows and columns are not sorted as in our input matrix.

The next example shows how to change that!

The easiest way to do this is to remove the dendrograms from our heatmap.

We can achieve that by setting the Rowv and Colv arguments to NA: 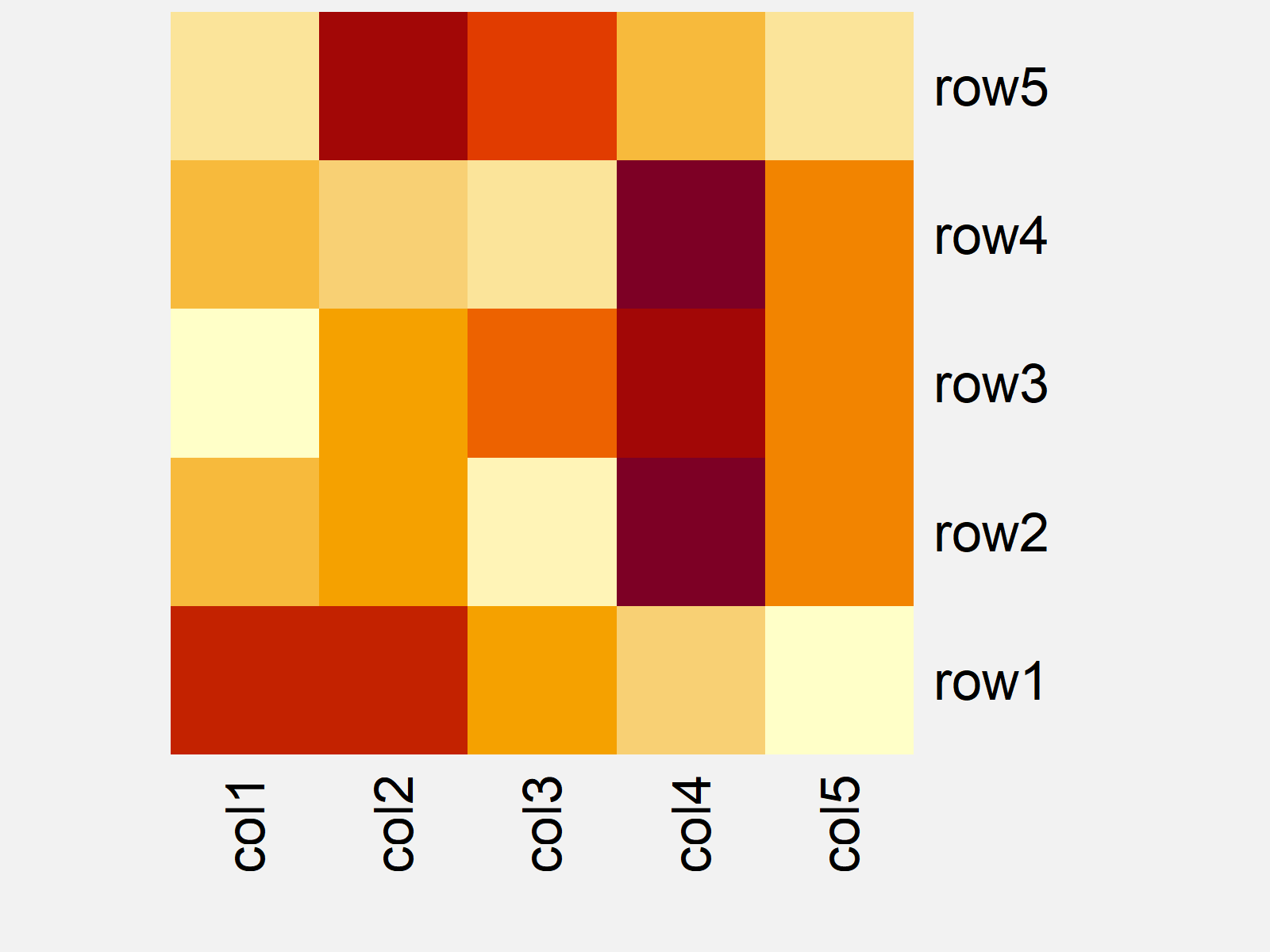 By running the previous R programming code, we have created Figure 2, i.e. a heatmap without dendrograms and reordered rows and columns.

Example 1 has explained how to remove the dendrograms from a heatmap to keep the ordering of the input matrix.

For this task, we have to create new dendrograms for our heatmap. One possibility to do that is to use the hclust function as shown below:

Next, we can use these dendrograms within the heatmap function to reorder our heatmap: 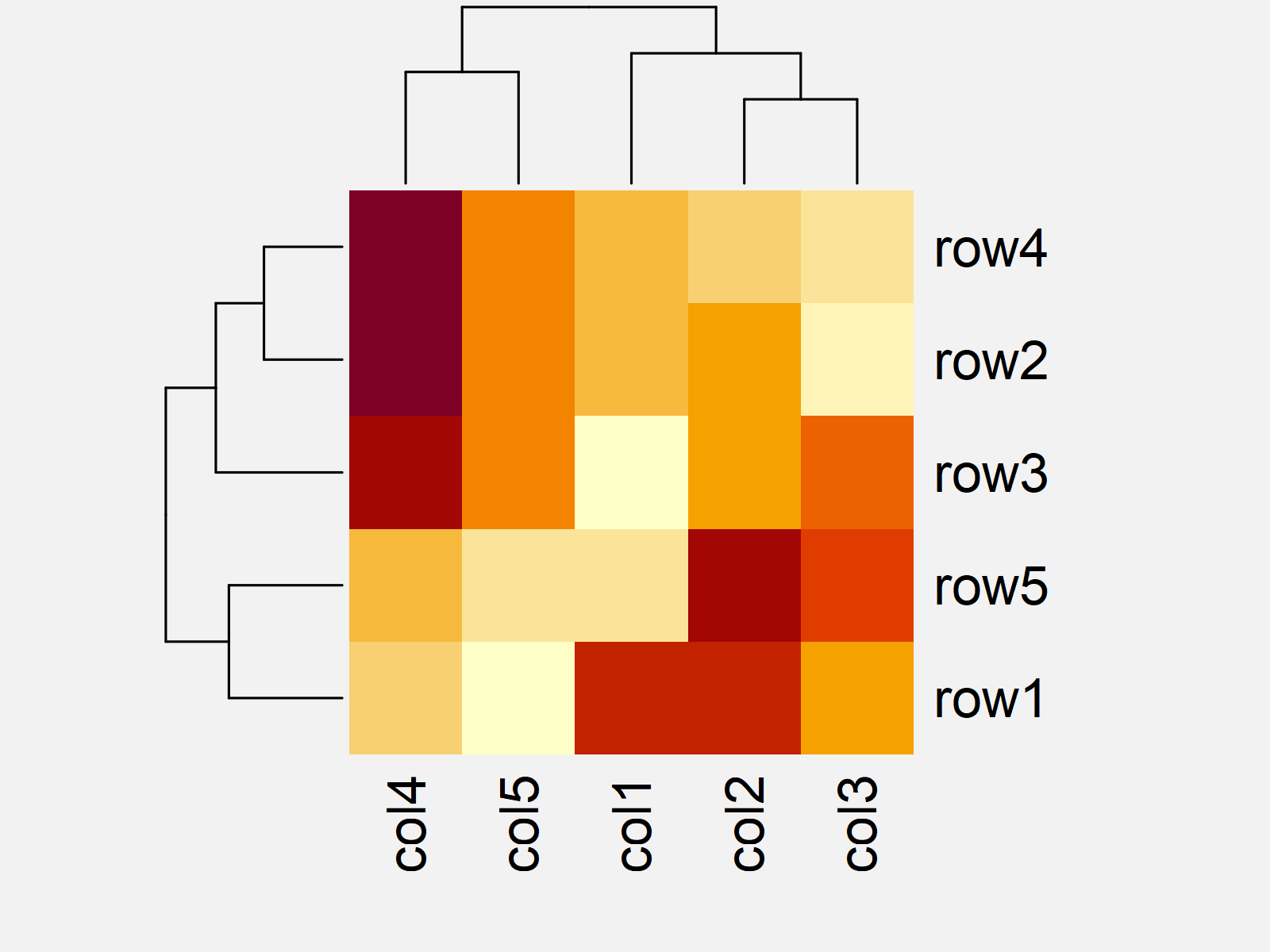 After executing the previous R code the reordered heatmap with manually specified dendrograms shown in Figure 3 has been plotted.

In addition, you might have a look at the related R programming tutorials on my website. I have released numerous articles about topics such as loops and matrices already:

In this tutorial, I have illustrated how to order the rows and columns of a heatmap in the R programming language. Tell me about it in the comments, in case you have additional questions. Besides that, please subscribe to my email newsletter to receive updates on the newest tutorials. 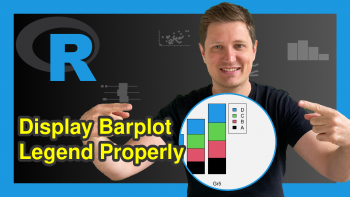 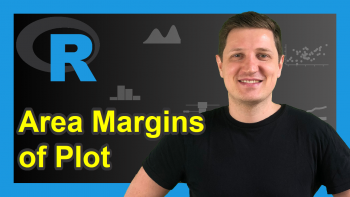