In this R tutorial you’ll learn how to install and load the data.table package in R.

With that, let’s dive right in.

The package is an extension of data.frames in R. It allows for a fast and easy manipulation of large datasets. We have to install the package once to be able to use it.

To use the installed package in an R session, we have to load it, which can be done with the following line of code.

We add some examples to show how to handle data.table objects. For creating a data.table, object, we can pretty much use the same code which we would use to create a data.frame.

A data.frame can be generated with the following code.

We can see that both generations are very similar.

Example 1 explains how to index the rows of a data.table. We take a look at the first three rows of the generated data.table. 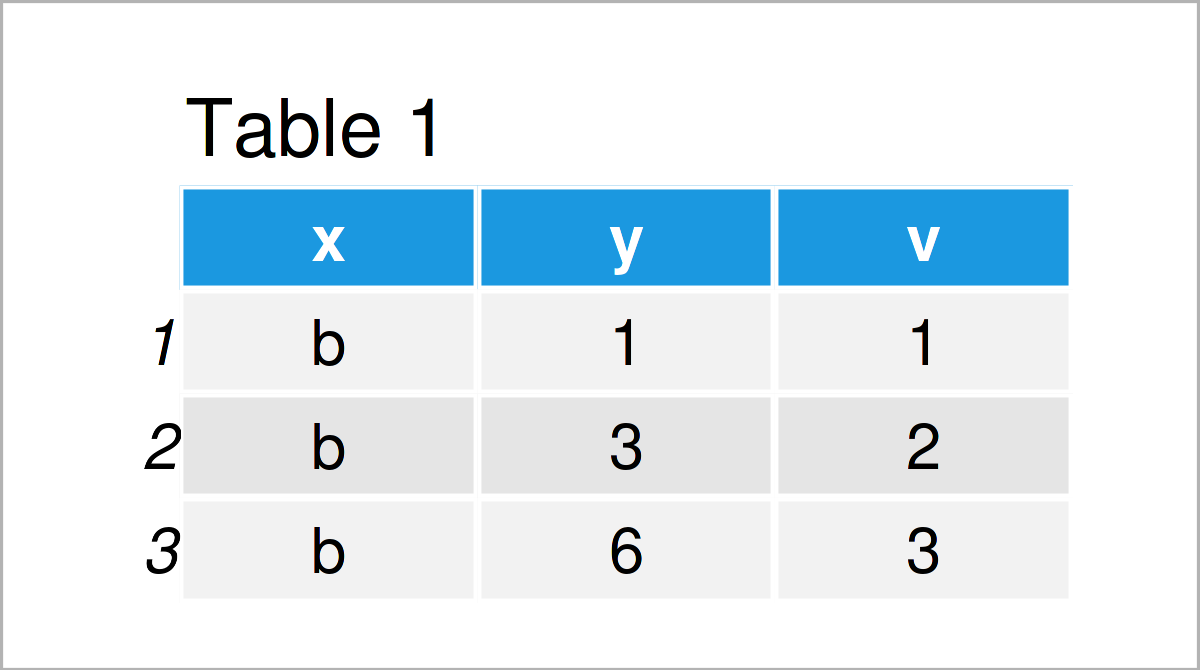 Table 1 shows the first three rows of our example data. Instead of indexing the rows by their numbers, we can also index the rows by certain column values. 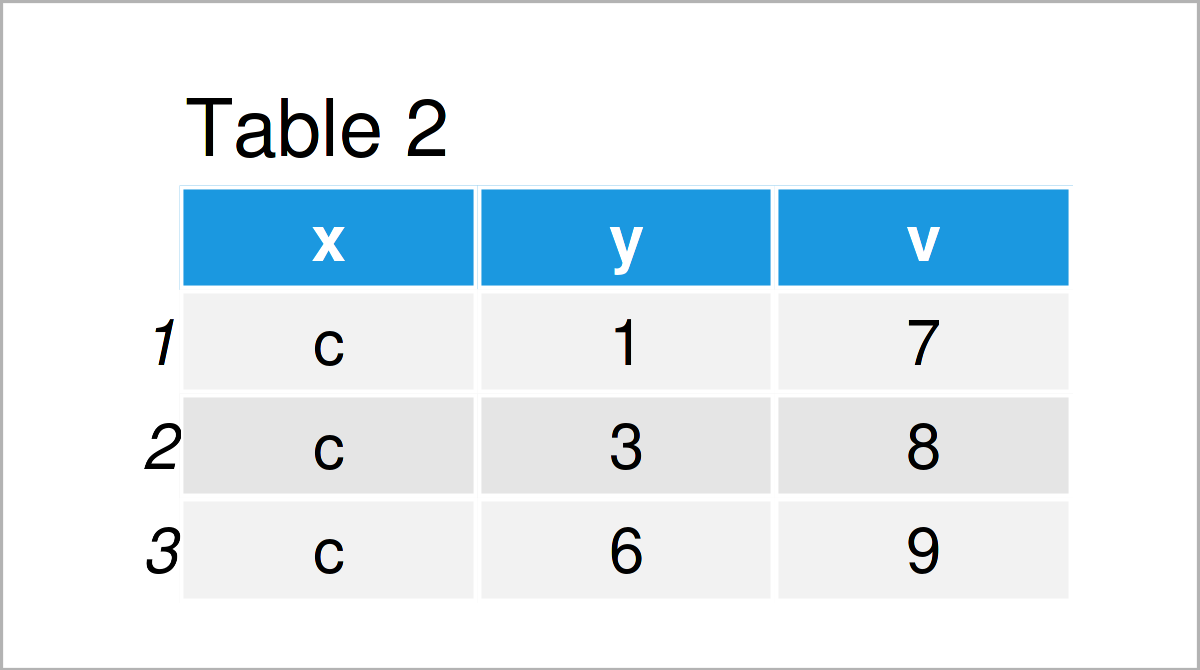 Table 2 shows the output of the previously shown R programming code: We displayed all those rows of the example data for which variable x was equal to “c”.

This example demonstrates how to index both rows and columns of a data.table object. 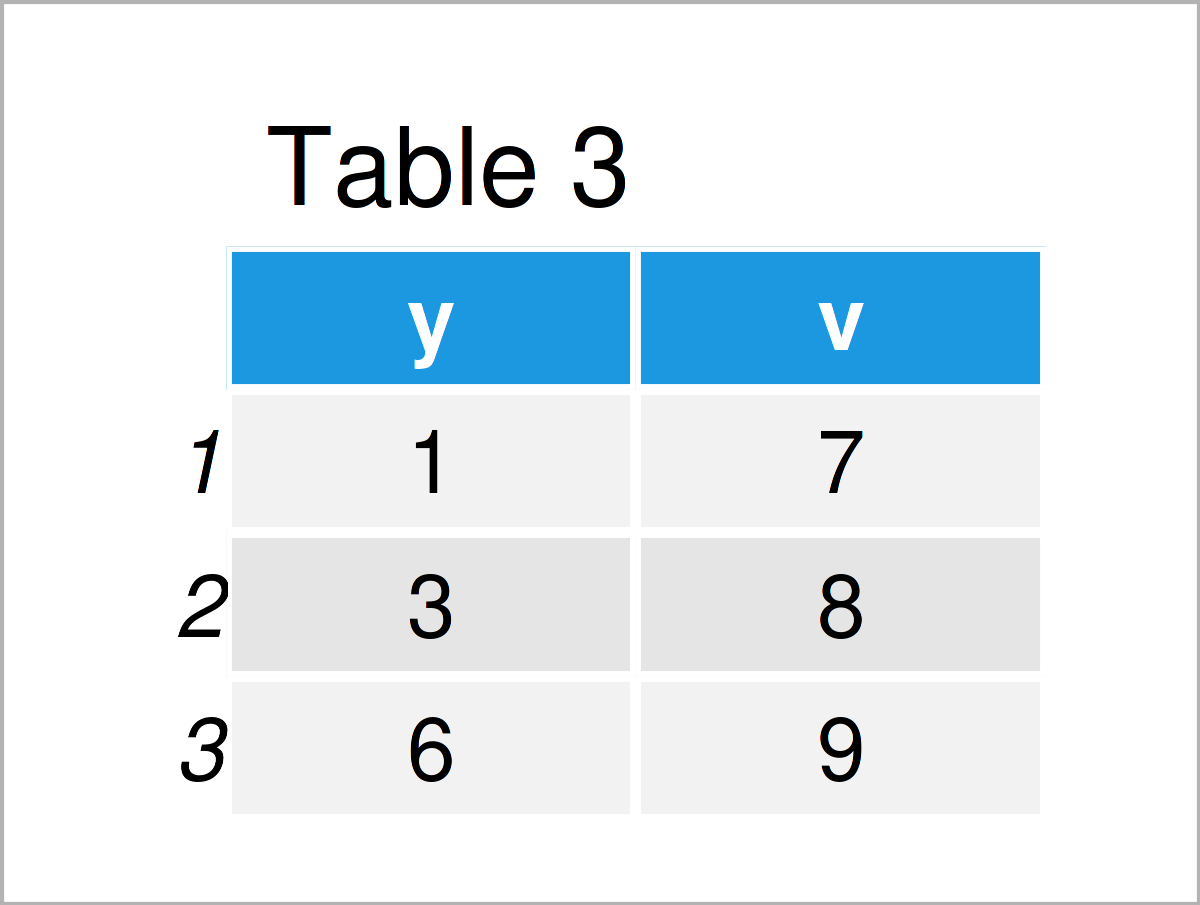 We just indexed the columns of variables y and v of all those rows for which variable x was equal to “c”.

The data.table object also allows for group statistics, as the following example shows. 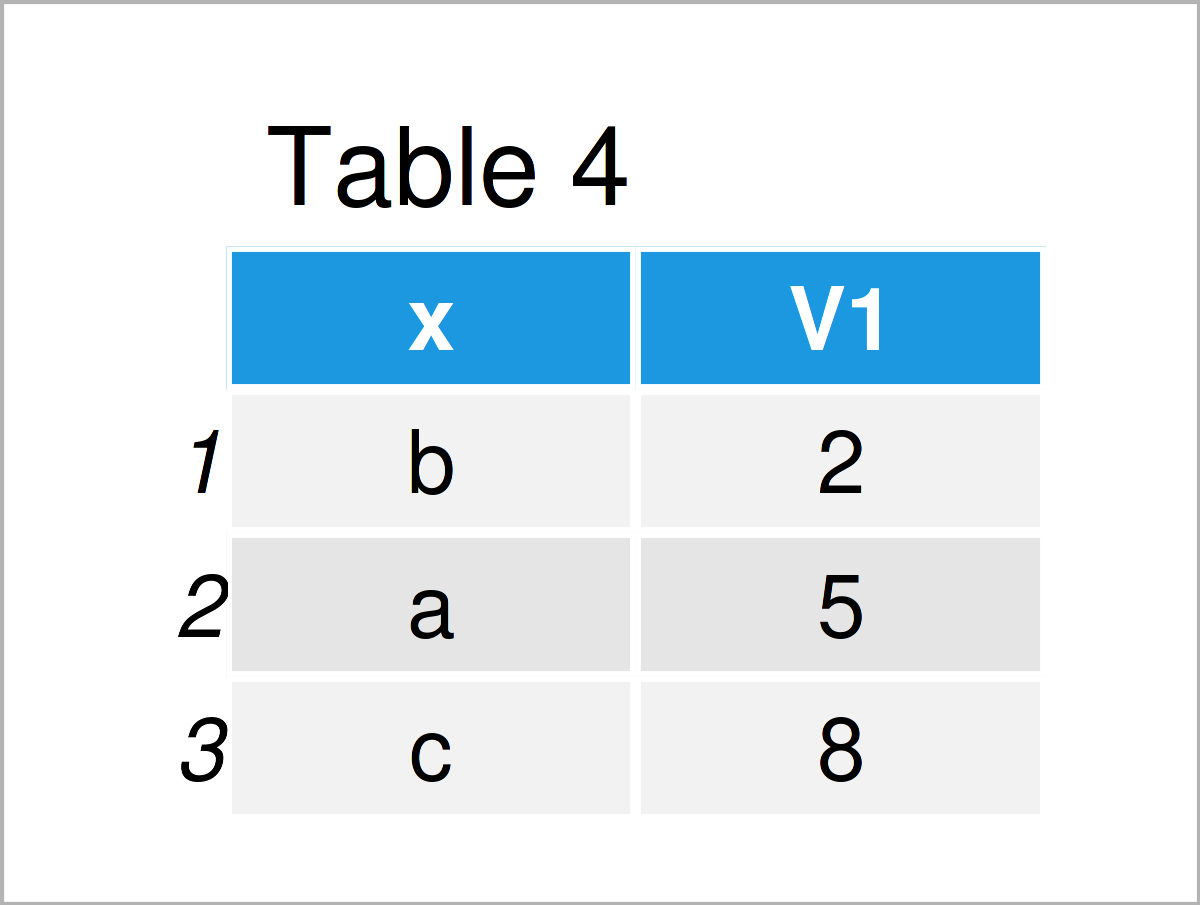 Do you need further instructions on the content of this tutorial? Then I recommend watching the following video on my YouTube channel. In the video, I show the R programming code of this article in a live programming session.

In addition, you may want to read the related articles that I have published on my homepage:

You have learned in this tutorial how to in the R programming language. If you have any additional questions, please let me know in the comments. Furthermore, don’t forget to subscribe to my email newsletter to get regular updates on the newest tutorials. 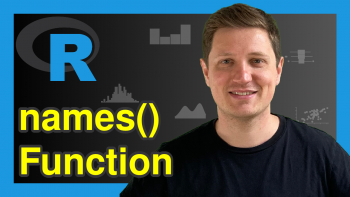 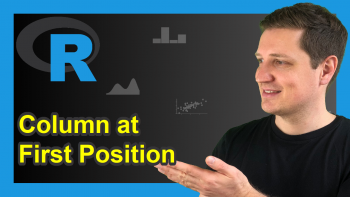