This article explains how to define variable names for both data frames in a dplyr join in the R programming language.

Have a look at the previous RStudio console output. It shows that our two data frames have different column names for the ID-variables (i.e. ID_1 and ID_2).

We also have to install and load the dplyr package to RStudio, if we want to use the functions that are included in the package.

The following R syntax shows how to do a left join when the ID columns of both data frames are different. We simply need to specify by = c(“ID_1” = “ID_2”) within the left_join function as shown below:.

Have a look at the previous output of the RStudio console. Our two data frames were merged, even though they had different ID-names. Note that the ID-name in the joined data frame is the same as in the first input data frame.

Some time ago I have published a video on my YouTube channel, which illustrates the topics of this tutorial. You can find the video below.

In addition, you could have a look at the related tutorials on this homepage:

Summary: At this point of the tutorial you should have learned how to set up the column names in a merge with the dplyr package in the R programming language. Let me know in the comments section, in case you have further comments or questions. Furthermore, don’t forget to subscribe to my email newsletter to receive updates on new tutorials. 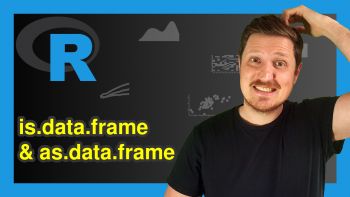 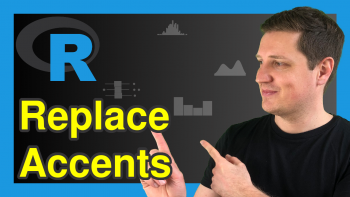