In this R tutorial you’ll learn how to use the coord_fixed function to set a fixed aspect ratio.

Let’s jump right to the examples:

As a first step, we’ll need to create some example data:

The previous output of the RStudio console shows that our exemplifying data has two numeric columns with the names x and y.

If we want to plot our data with the ggplot2 add-on package, we also need to install and load ggplot2: 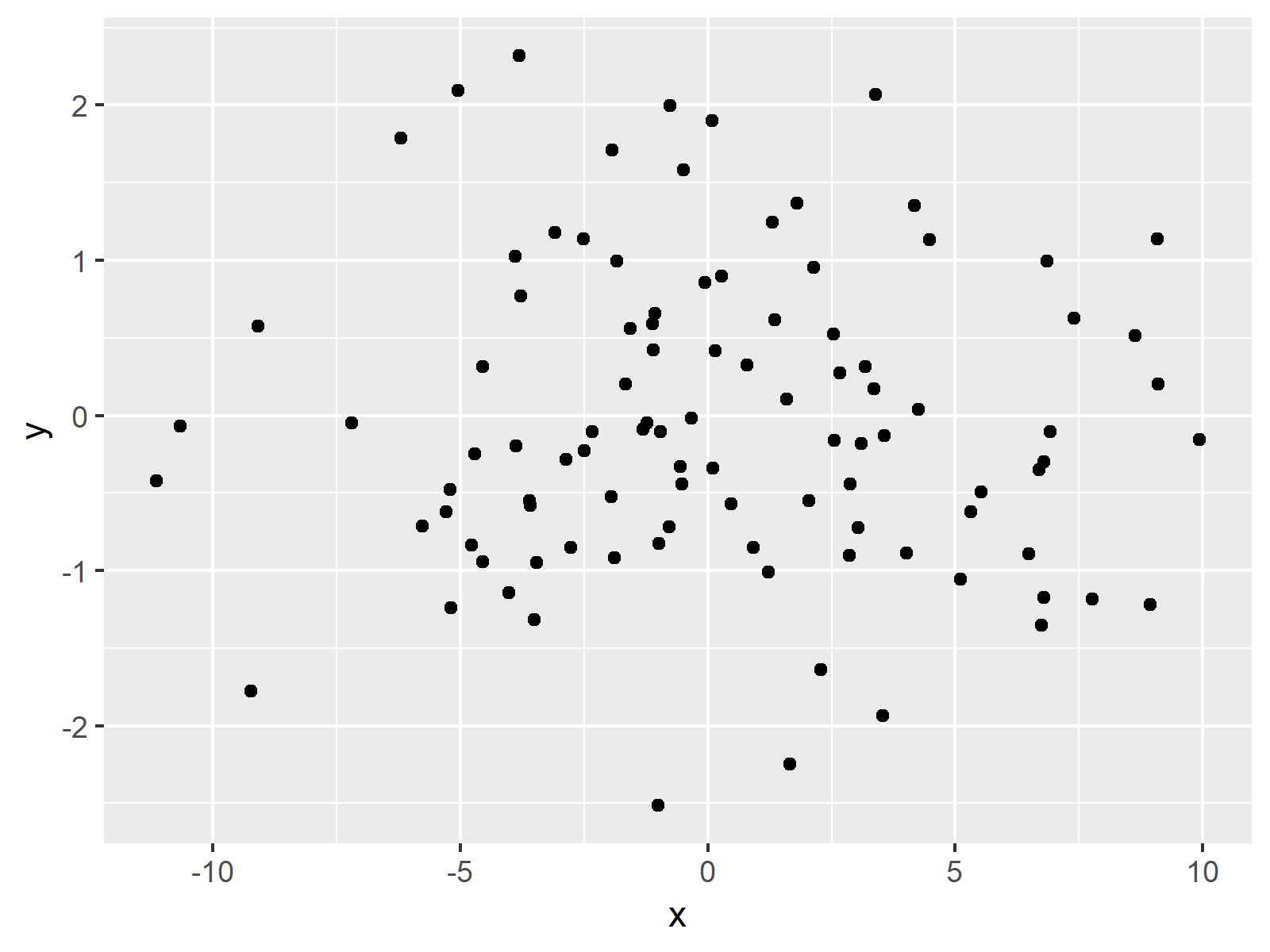 As shown in Figure 1, we drew a basic ggplot2 scatterplot with the previous R syntax.

In this Example, I’ll illustrate how to set a fixed aspect ratio in a ggplot2 plot in R. Have a look at the following R code: 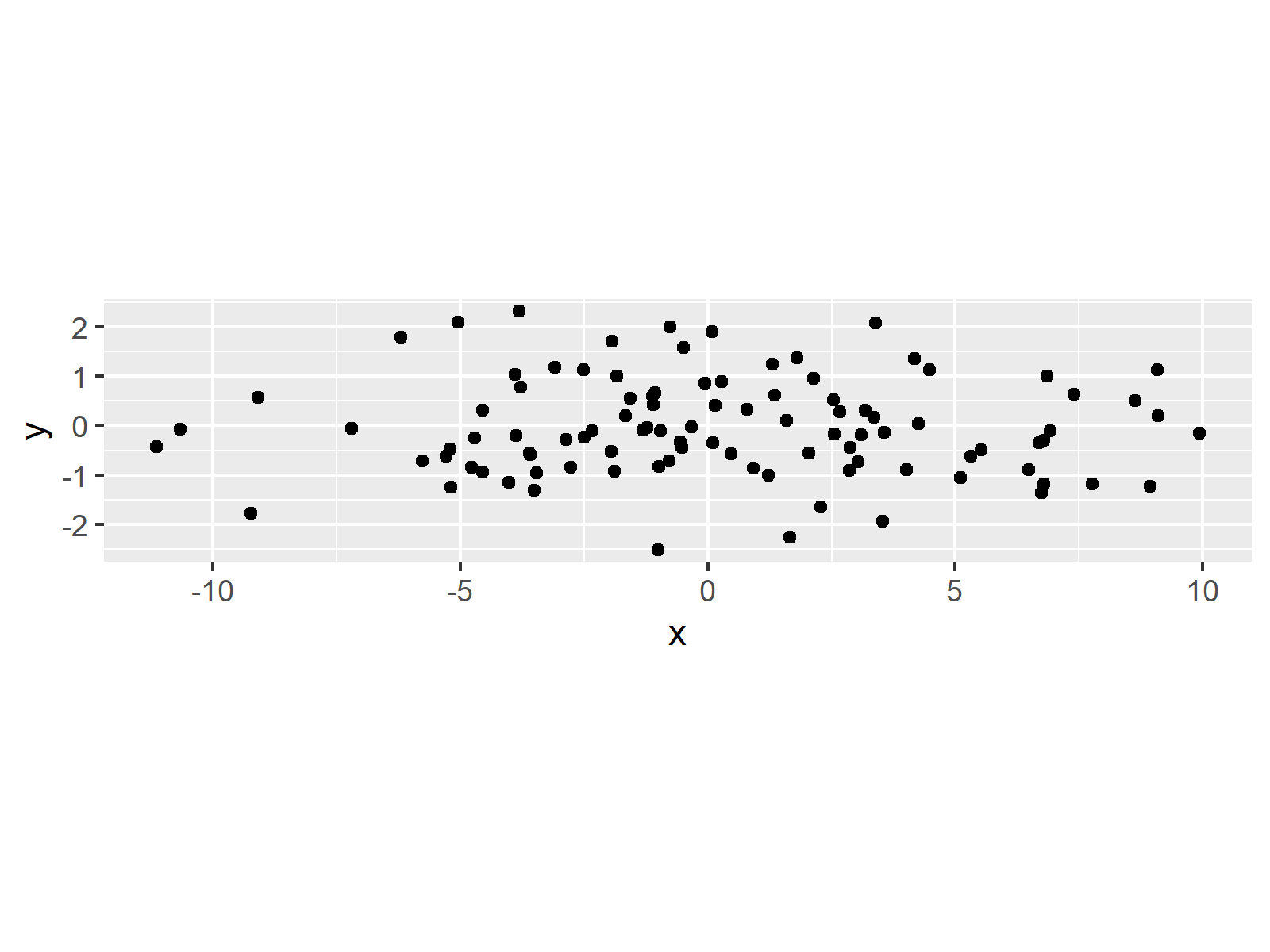 The output of the previous R programming syntax is visualized in Figure 2: You can see a ggplot2 scatterplot with fixed proportions of the x- and y-axes. This fixed aspect ratio is set to 1 in this example.

Example 2 shows how to set aspect ratios with a different ratio than 1. In the example, we’ll use an aspect ratio of 5: 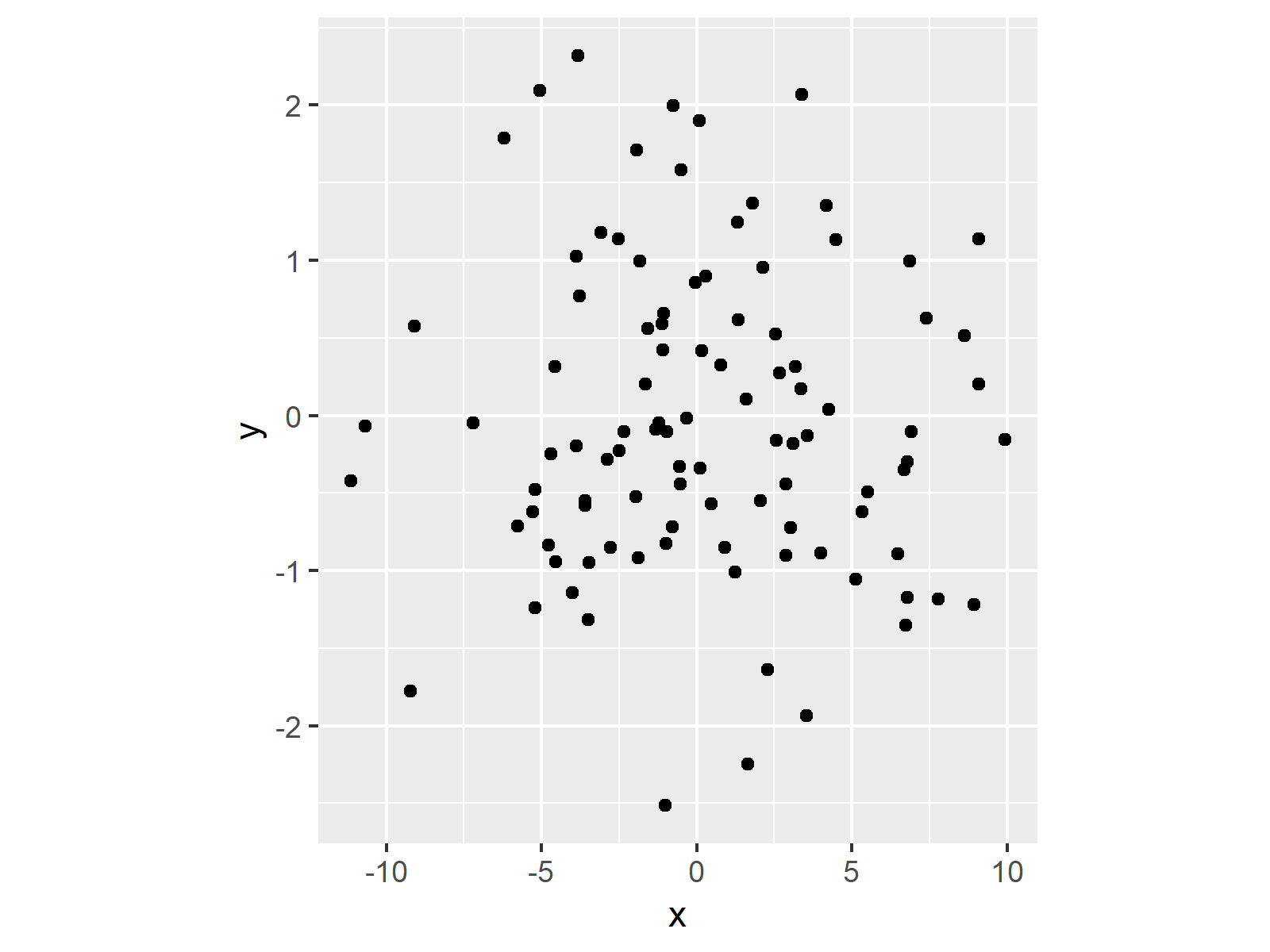 The output of the previous R syntax is illustrated in Figure 3: As you can see the aspect ratio is still fixed, but with a different ratio of the two axes.

Do you need further info on the contents of this tutorial? Then you could have a look at the following video of my YouTube channel. I explain the R programming syntax of the present tutorial in the video:

In addition, you could have a look at the other tutorials of https://www.statisticsglobe.com/. You can find a selection of articles about the ggplot2 package below:

To summarize: In this post, I illustrated how to fix aspect ratios of ggplot2 graphics and change the proportions from square to rectangle in R programming. Don’t hesitate to let me know in the comments below, in case you have any further questions. 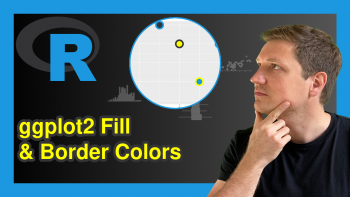 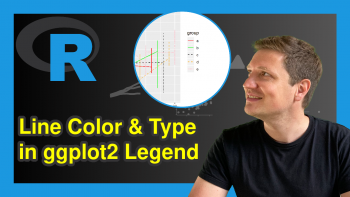