On this page you’ll learn how to split a ggplot2 legend into several parts in the R programming language. 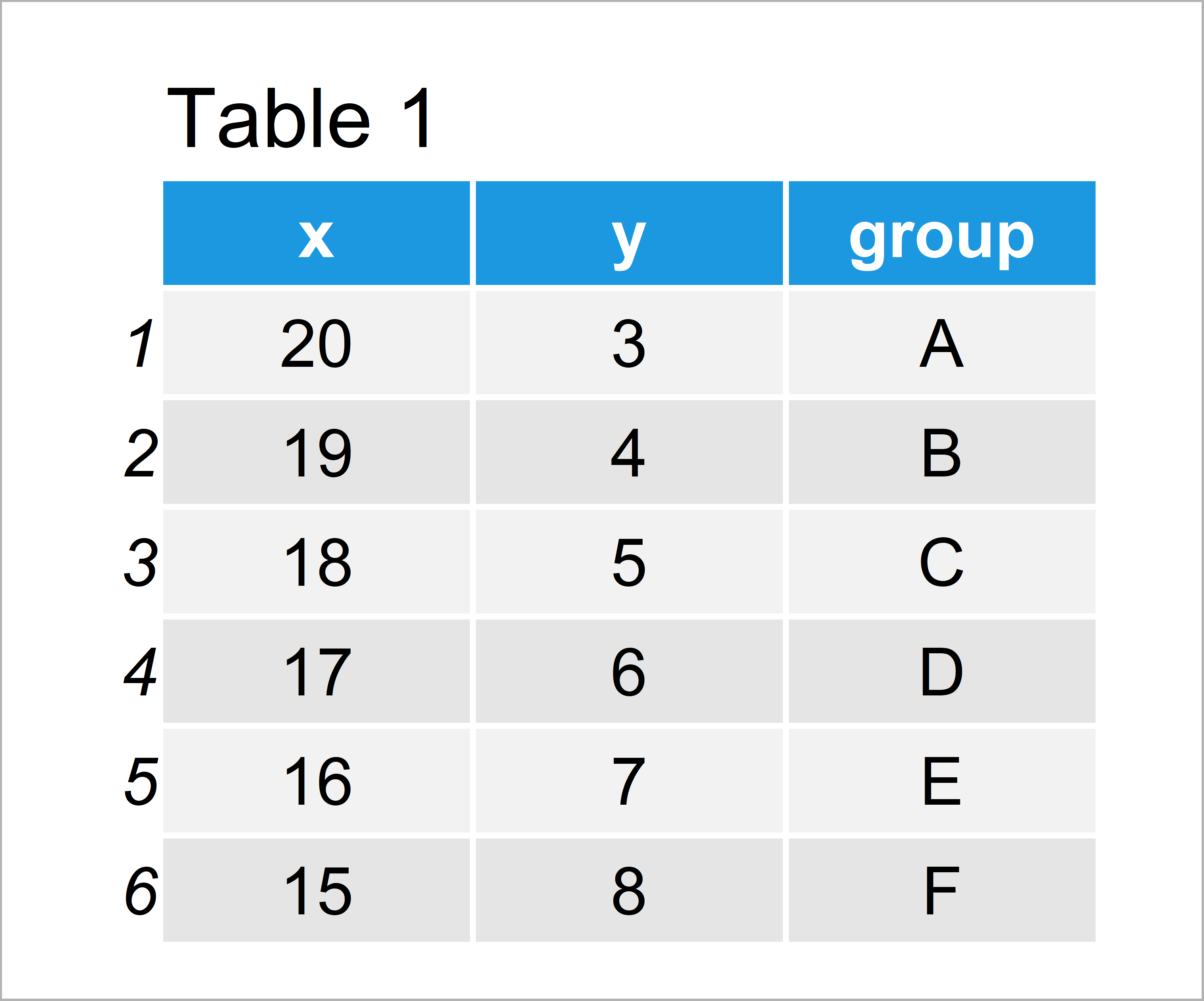 As you can see based on Table 1, our example data is a data frame containing six rows and three columns. The variables x and y contain numeric values and the variable group consists of the corresponding groups.

For the examples of this tutorial, we’ll also have to install and load the ggplot2 package:

Now, we can draw our data with a single legend as shown below: 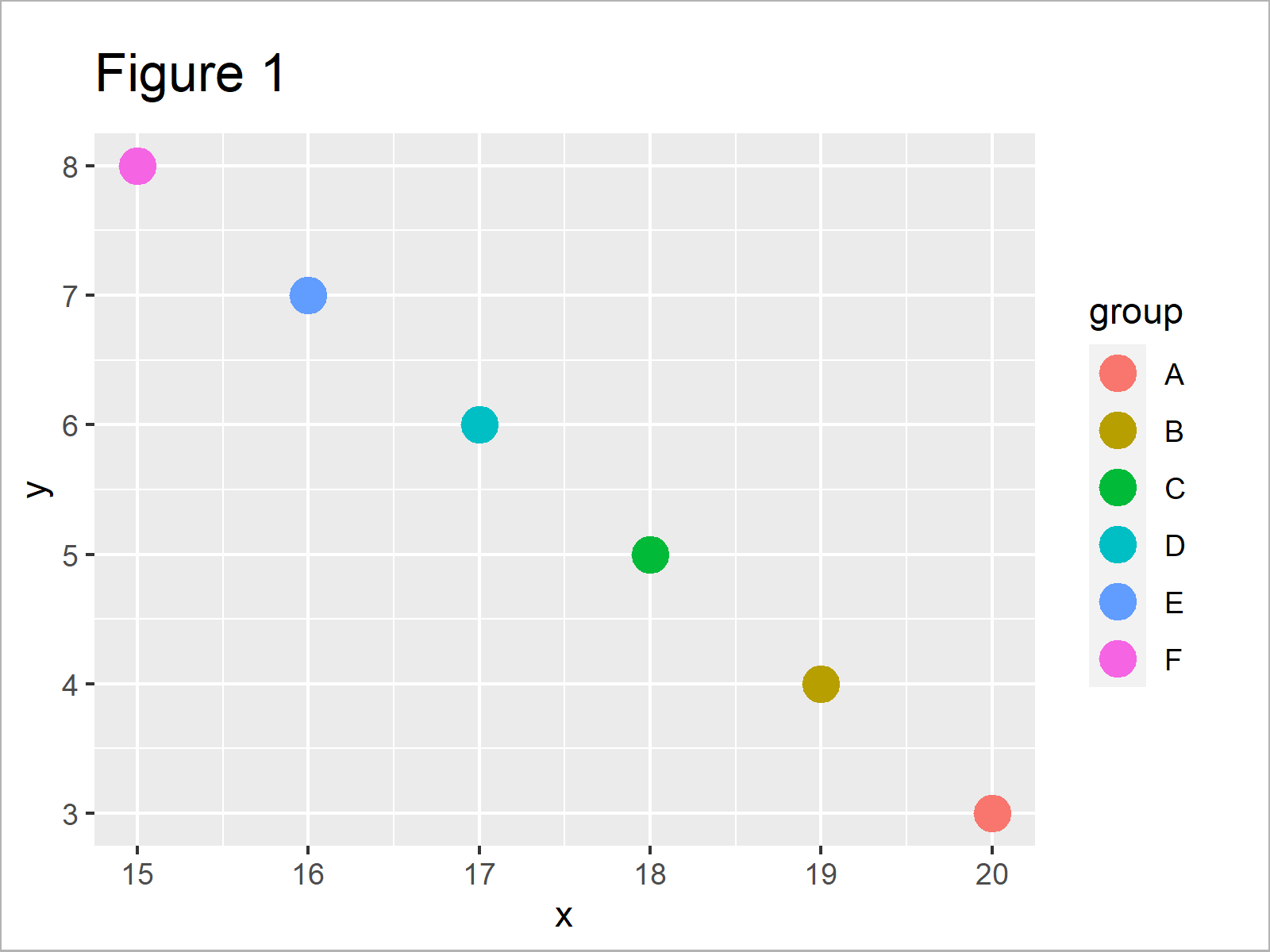 As shown in Figure 1, we have plotted a ggplot2 scatterplot with a single legend by executing the previous R syntax.

In this example, I’ll illustrate how to divide the elements of a ggplot2 legend into multiple legends.

For this task, we first have to install and load two additional packages: gridExtra and cowplot.

As next step, we have to create a data frame subset containing the groups of our first legend:

As shown in Table 2, the previous code has created a subset of our example data containing only the groups A and B.

Now, we can create a plot object based on the subset that we have just created: 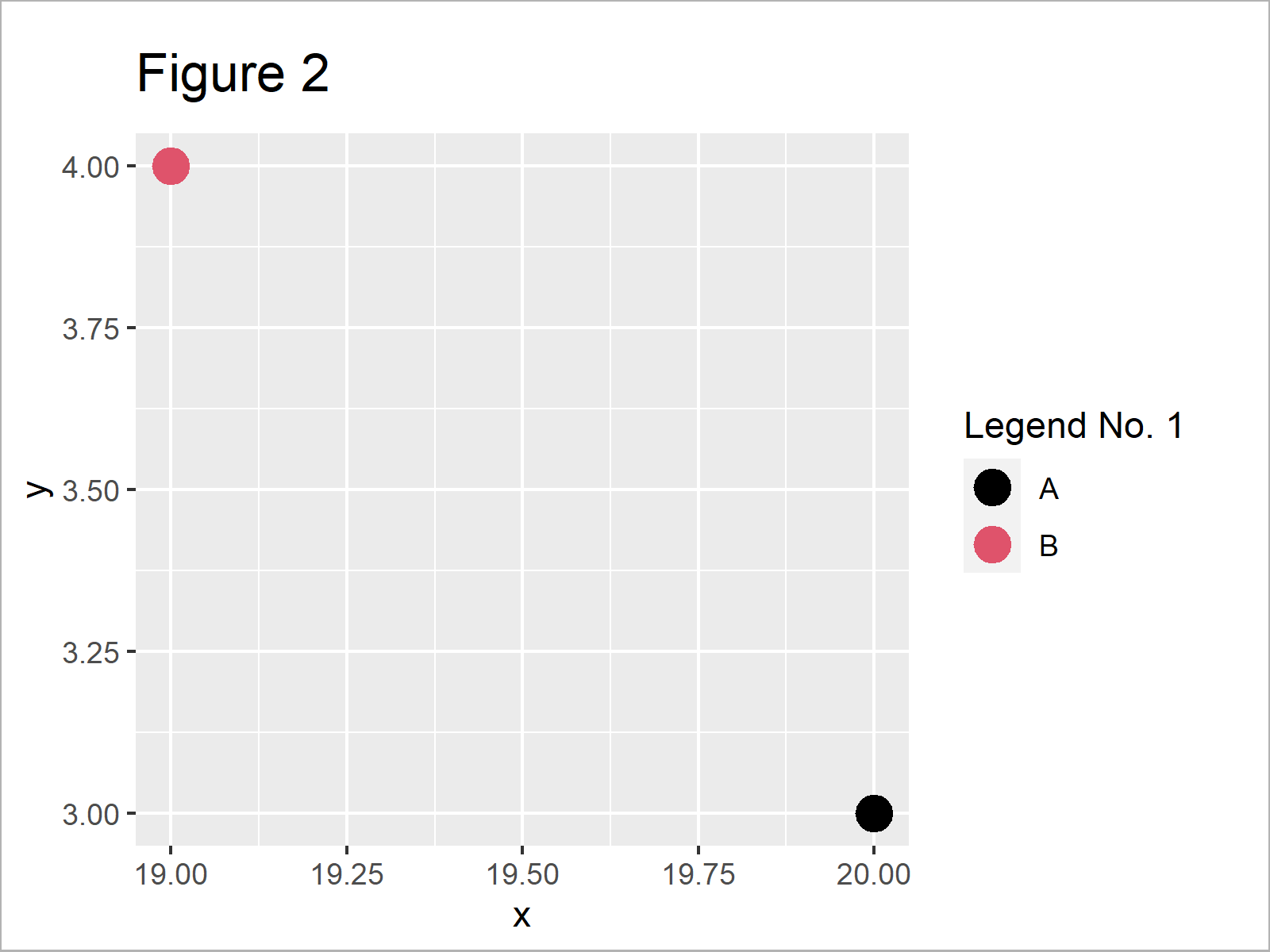 As shown in Figure 2, we have created a plot object with a legend that shows only the groups A and B using the previous R programming code.

Next, we can use the get_legend function of the cowplot package to extract the legend of the previously created plot:

The first legend is basically done. Now, we have to repeat this process for the second legend (or for all legends that we want to add to our plot).

Create a subset for the second legend… 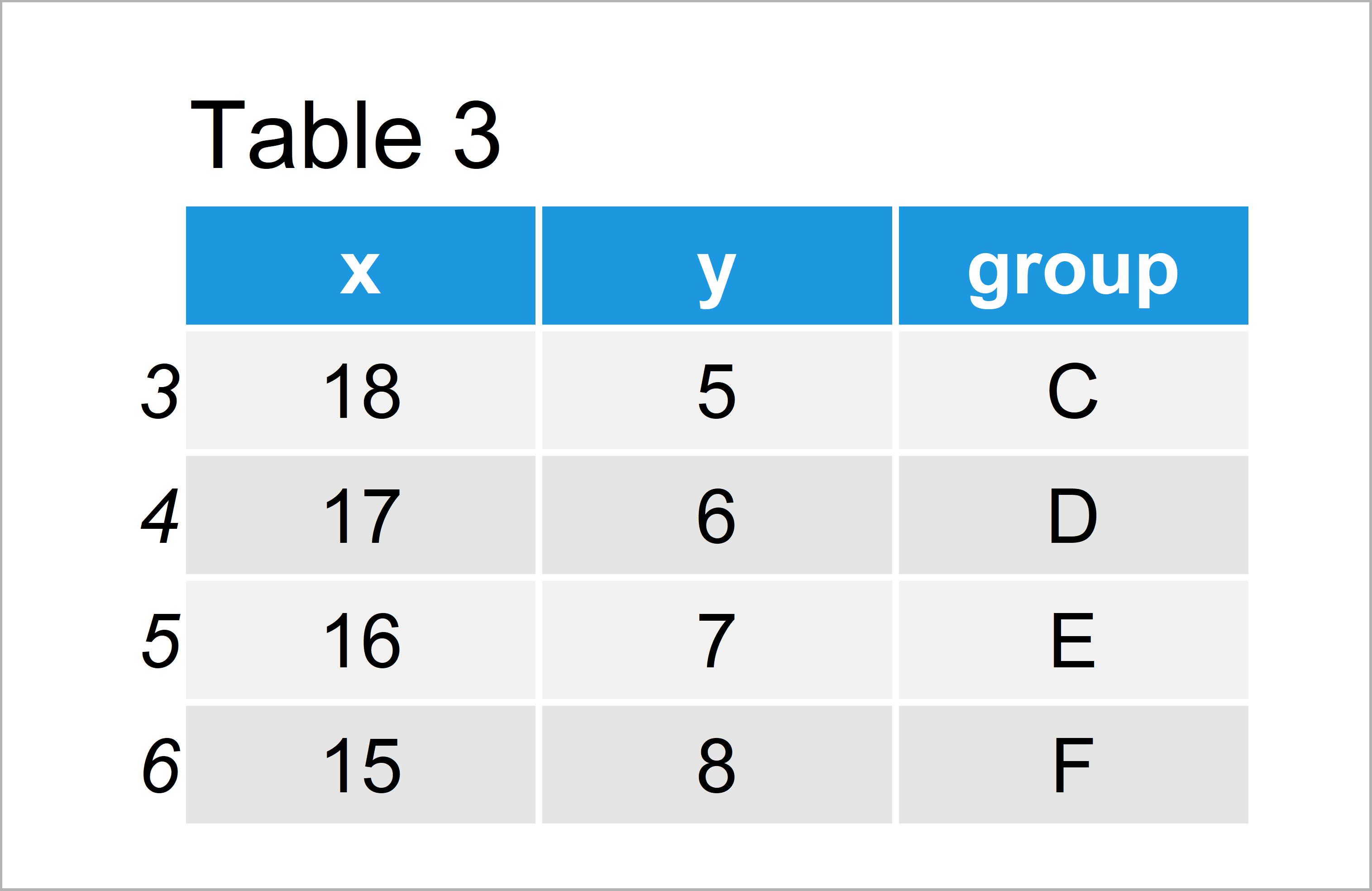 …create a plot based on this subset… 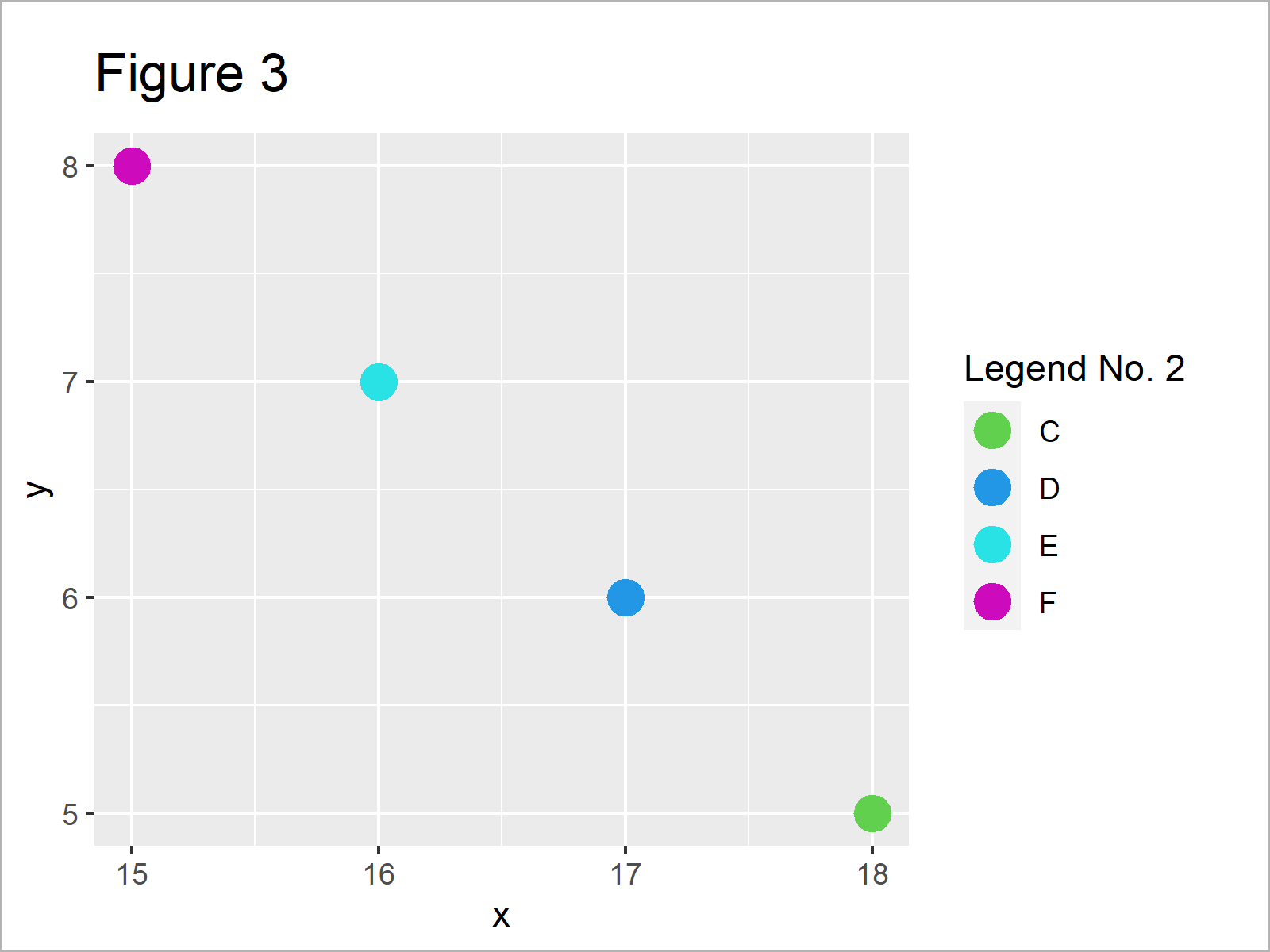 …and extract the legend from this plot:

In the next step, we have to create a ggplot2 graphic containing all our data, but without a legend. For this, we have to set the legend.position argument within the theme function to “none”: 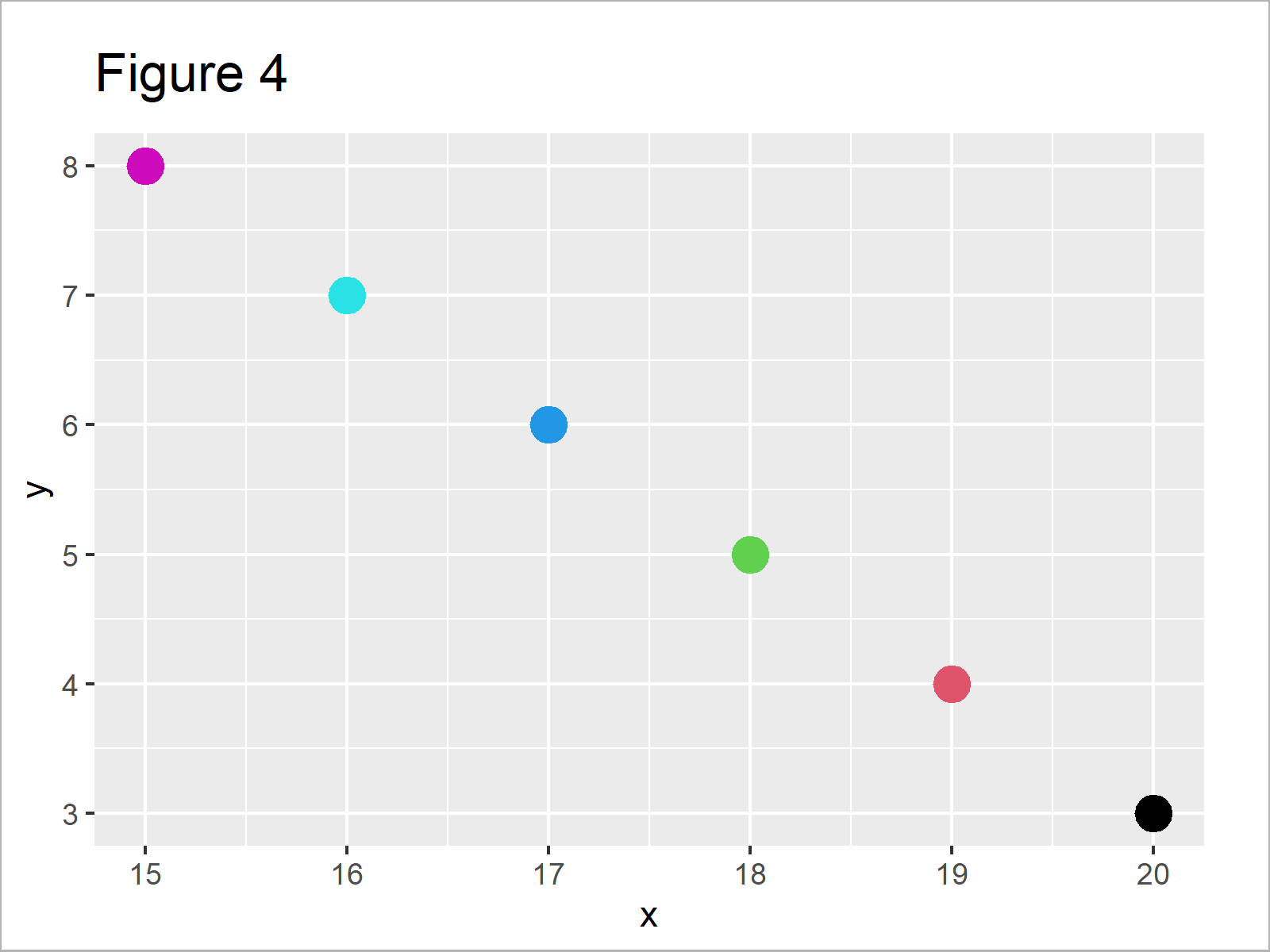 As shown in Figure 4, the previous R syntax has drawn our data to a ggplot2 plot without legend.

Finally, we can combine all plot objects that we have created before in a grid of plots using the grid.arrange function: 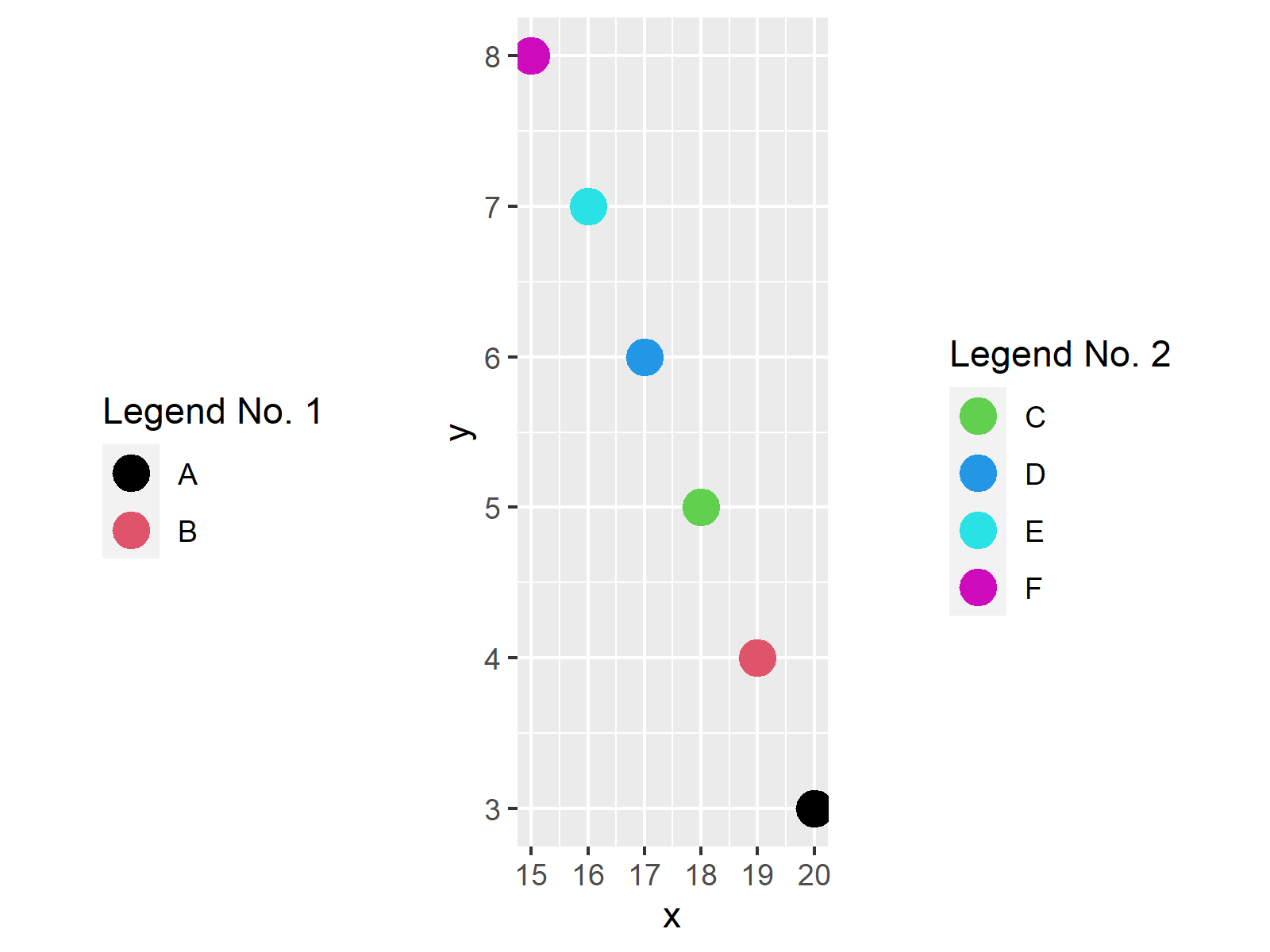 Note that we could arrange our grid in basically any way we want. Whether you want to draw the legends on the left and right side of the plot (as shown in this example), or at the bottom and top is up to you.

Also note that we could apply the same kind of R code to other types of graphics such as barcharts, histograms, density plots, boxplots, and so on…

In case you need more info on the content of this article, I recommend having a look at the following video which I have published on my YouTube channel. In the video, I explain the R programming syntax of this article:

Furthermore, you might want to read some of the related articles of this website. You can find a selection of tutorials about ggplot2 below:

To summarize: In this R programming tutorial you have learned how to divide a ggplot2 legend into multiple parts. Don’t hesitate to let me know in the comments section below, in case you have additional questions and/or comments. 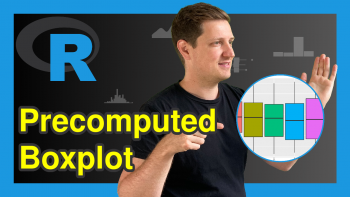 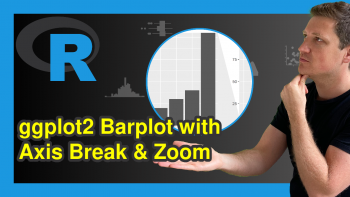