In this article you’ll learn how to draw a line and a barplot in the same graphic in the R programming language.

The tutorial contains two examples for the drawing of a line and a barchart in the same plot. More precisely, the article contains this:

You’re here for the answer, so let’s get straight to the R code… 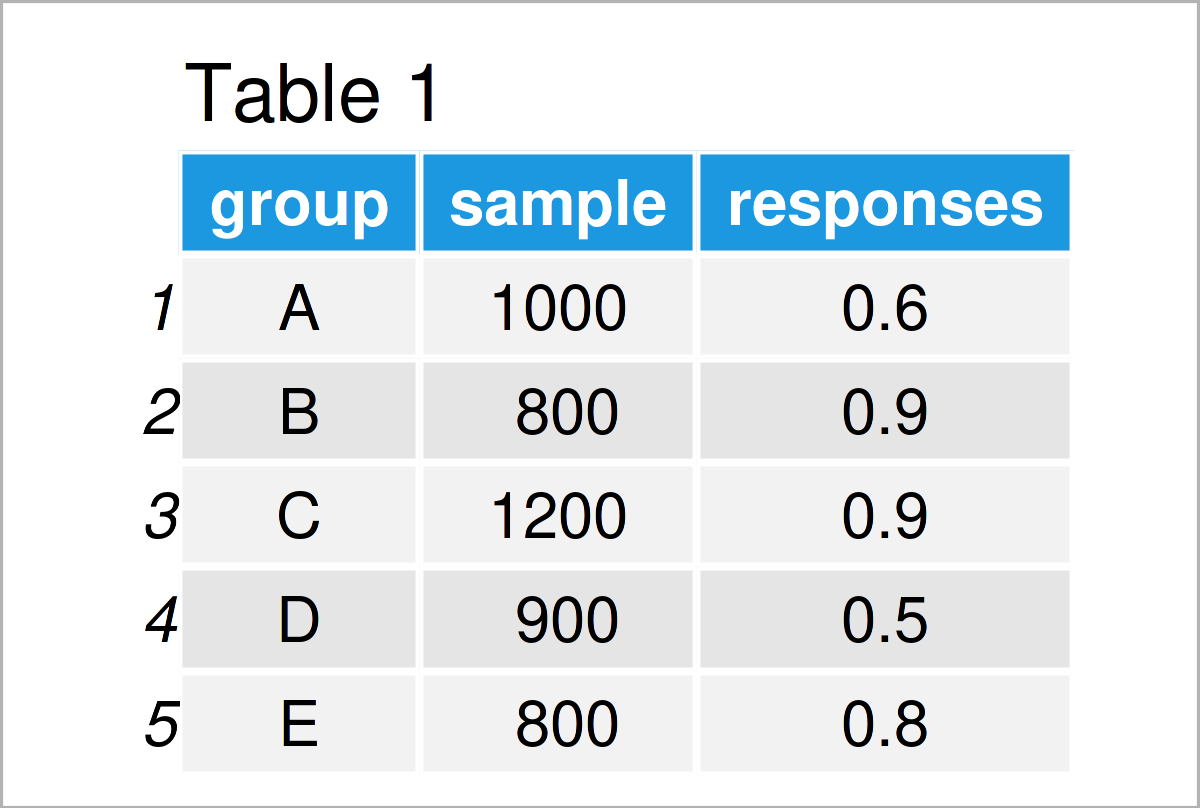 As you can see based on Table 1, our example data is a data frame composed of five observations and three columns with the names “group”, “sample”, and “responses”.

Let’s assume that we want to create a ggplot2 barchart with a line on top, where the bars represent the sample column and the line represents the responses column.

In order to use the functions of the ggplot2 package, we also need to install and load ggplot2.

As a next step, we can draw our data in a barplot: 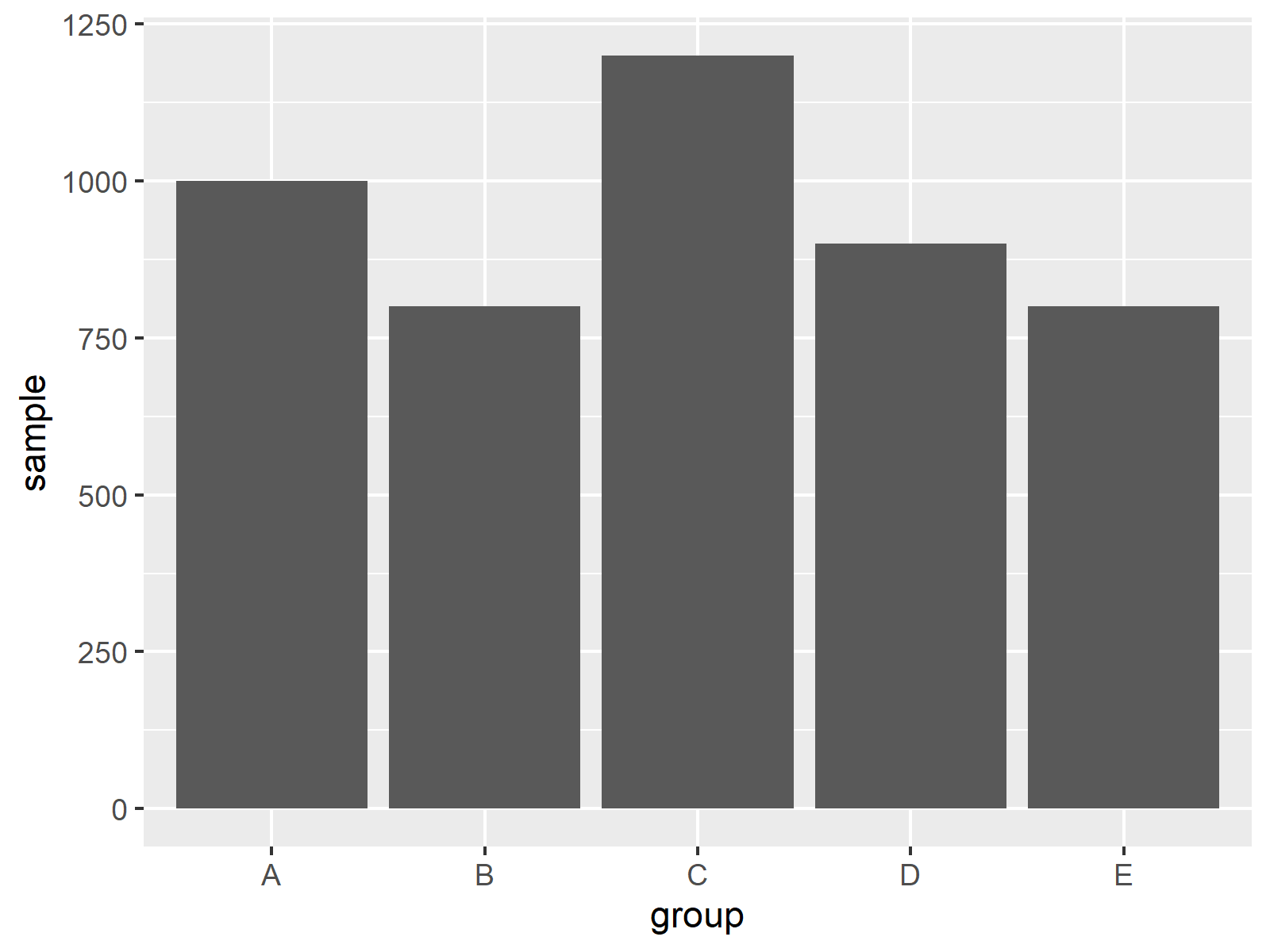 By executing the previous code we have plotted Figure 1, i.e. a ggplot2 bargraph without any lines or secondary y-axes.

Example 1 illustrates how to overlay a line on top of a ggplot2 barchart. To achieve this, we can apply the geom_line function as shown below.

Note that we are multiplying the variable that we want to overlay as a line (i.e. responses) by the maximum of the variable that is shown in the barchart (i.e. sample). This way we can ensure that the bars and the line have a similar height. 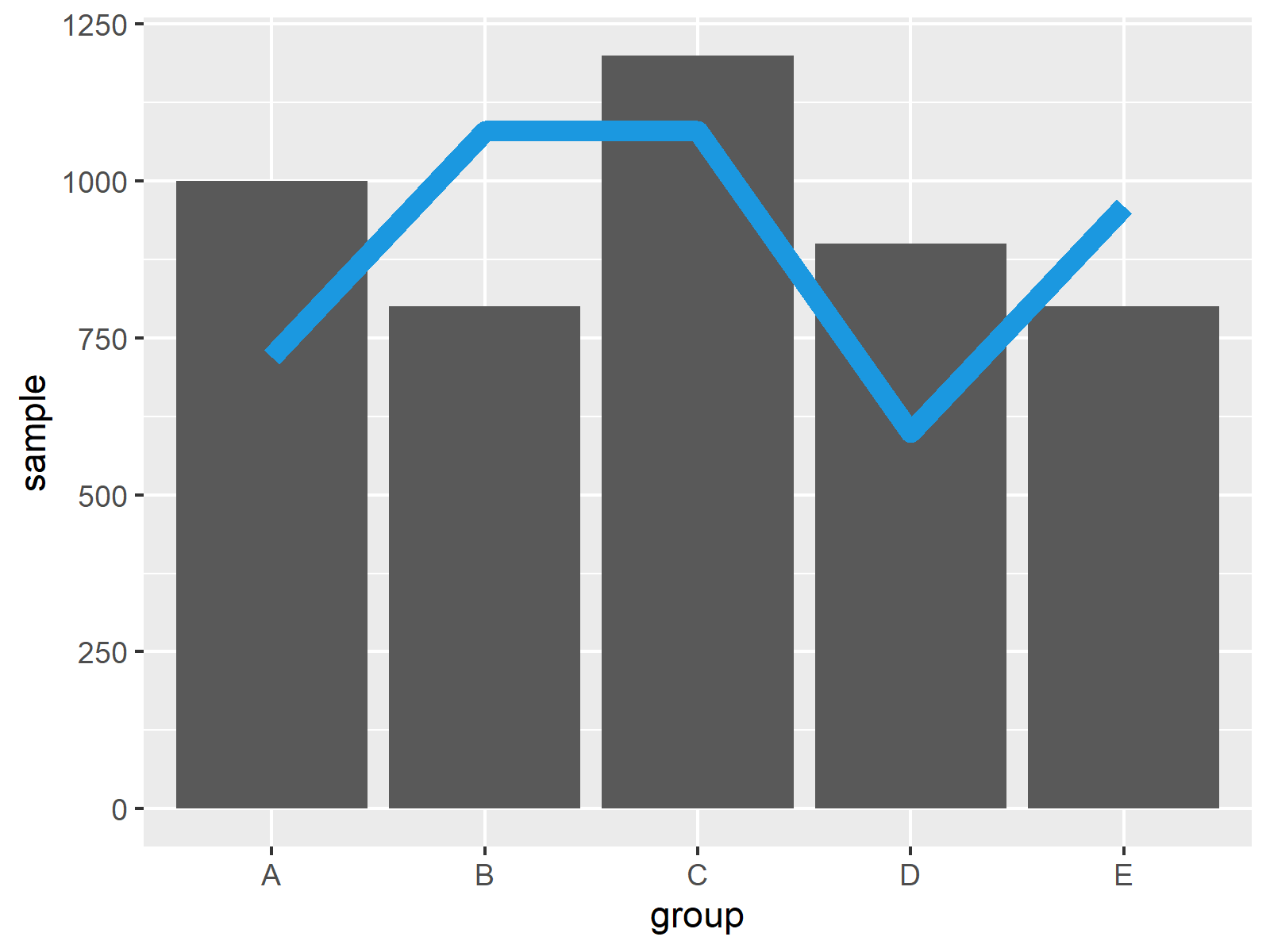 Figure 2 shows an updated version of our barchart: This time we have added a line on top of the bars. Note that this line represents a different variable than the bars.

Furthermore, note that the y-axis is not representing the values shown on the line properly. Let’s fix this!

This example shows how to add a second y-axis to our plot, which represents the values of the line that we have annotated in Example 1.

For this, we can use the scale_y_continuous function and the sec.axis argument as shown below: 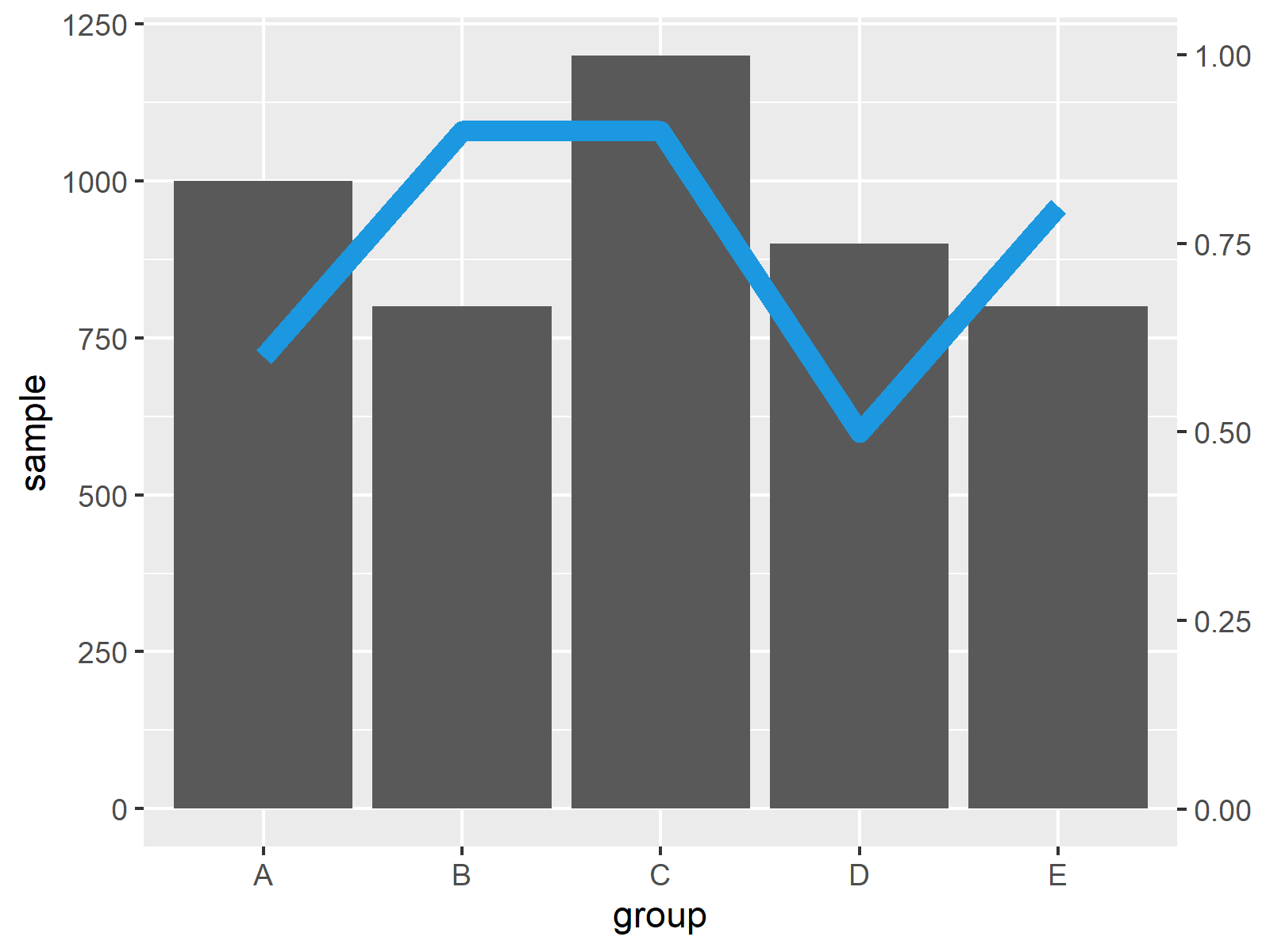 Have a look at the following video on my YouTube channel. I’m illustrating the R code of this tutorial in the video:

Furthermore, you could have a look at the related tutorials on this website.

This article has demonstrated how to create a line and a barplot in the same plot in R programming. Tell me about it in the comments below, in case you have additional questions. Furthermore, don’t forget to subscribe to my email newsletter for updates on the newest tutorials. 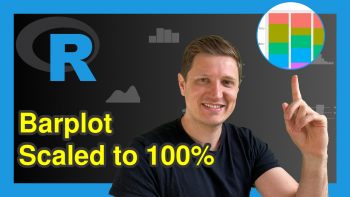 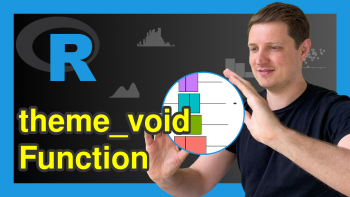