This article explains how to add a text with expressions to a plot in the R programming language.

The following data will be used as a basis for this R programming tutorial: 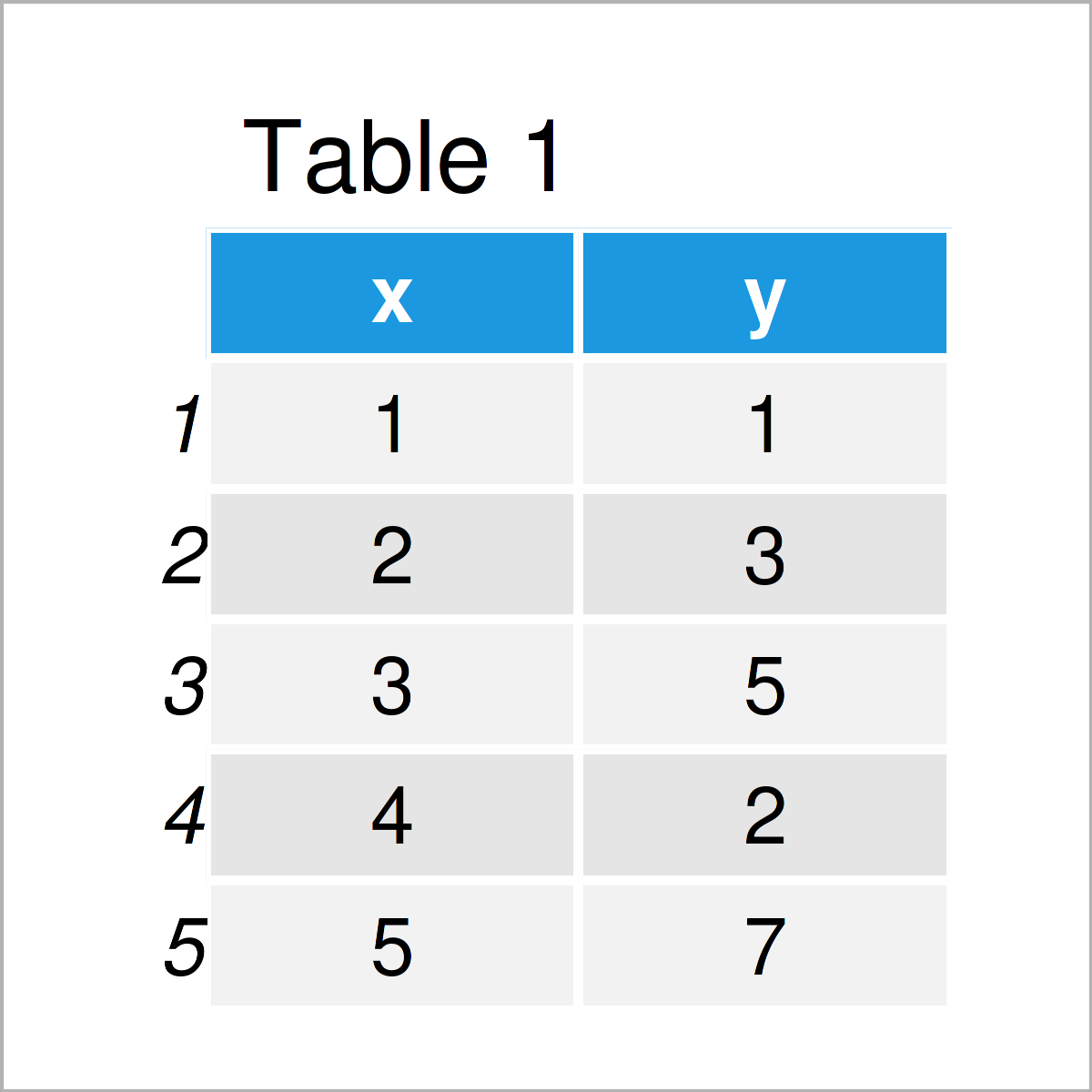 Have a look at the previous table. It shows that the example data contains five rows and two columns. The column x is an integer and the variable y is numerical.

This example illustrates how to draw a plot with text elements that contain expressions using Base R.

We can draw a Base R plot with a regular main title without expressions as shown below: 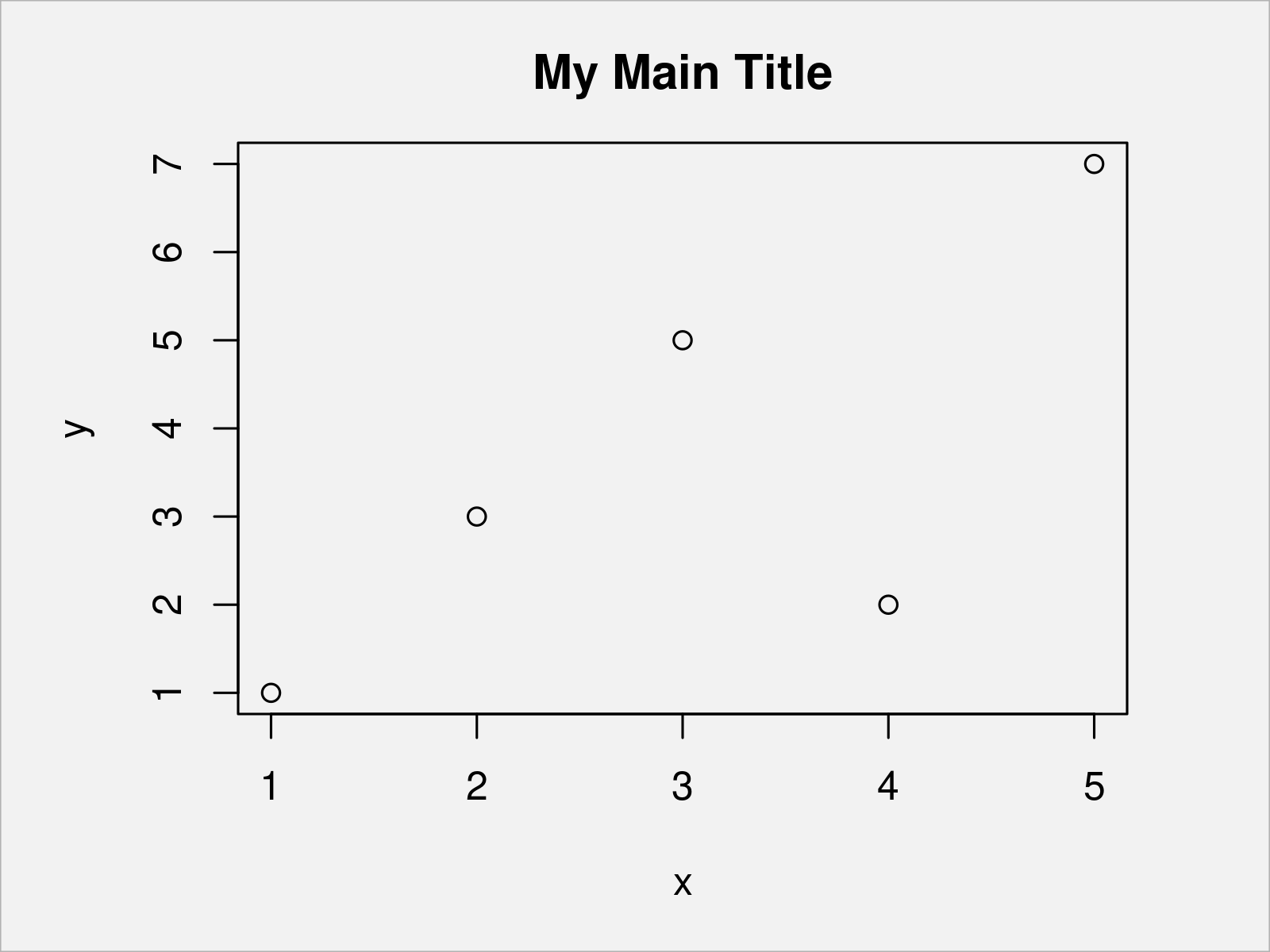 If we want to add expressions to this main title, we can apply the expression() function: 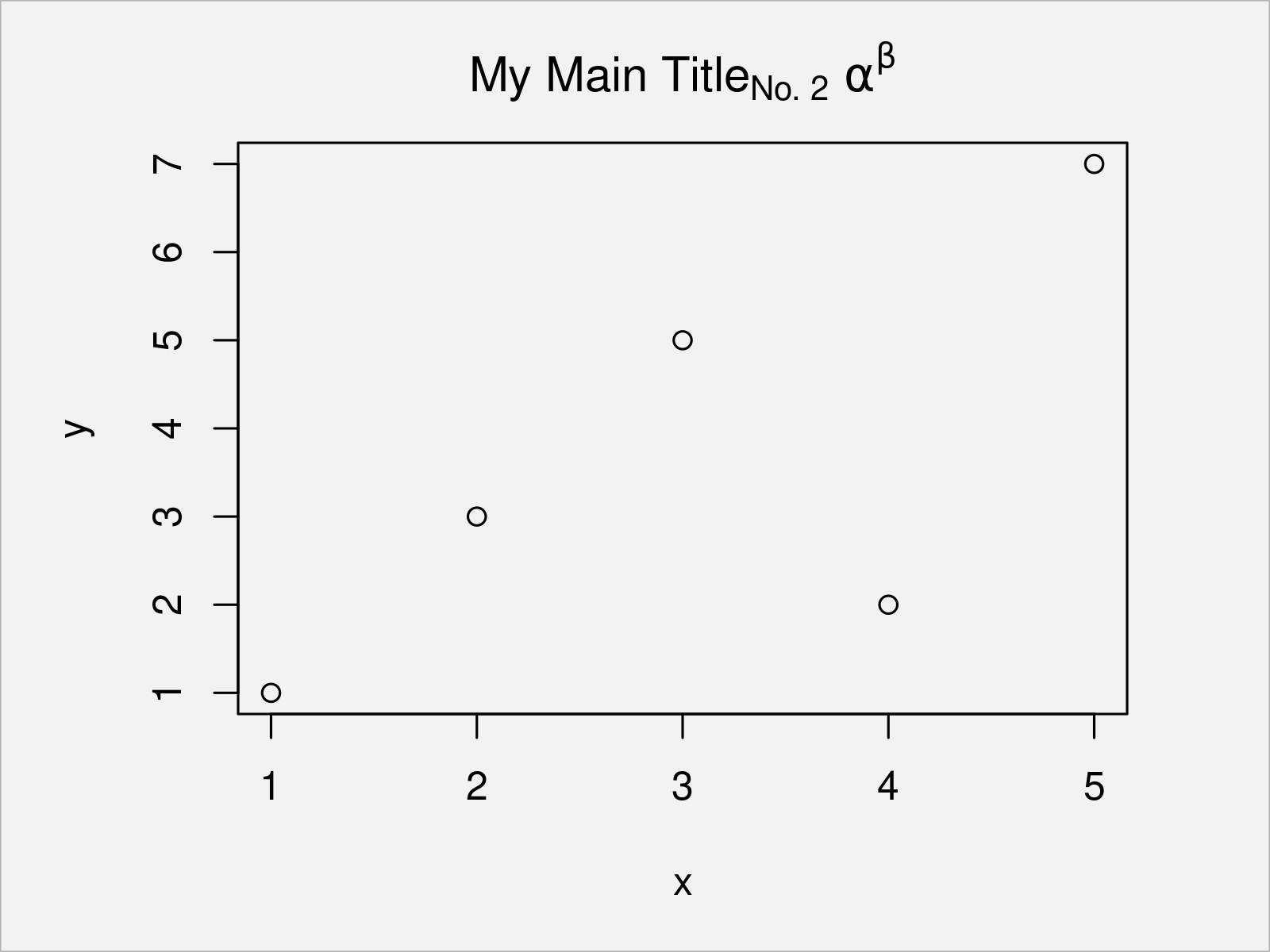 After running the previous R programming code the plot shown in Figure 2 has been drawn. As you can see, we have added subscripts, superscript, and Greek letters to our title.

Example 2 illustrates how to combine character string and expression elements in a ggplot2 plot.

We first need to install and load the ggplot2 package, in order to use the functions that are contained in the package:

Now, we can draw a ggplot2 scatterplot using the code below: 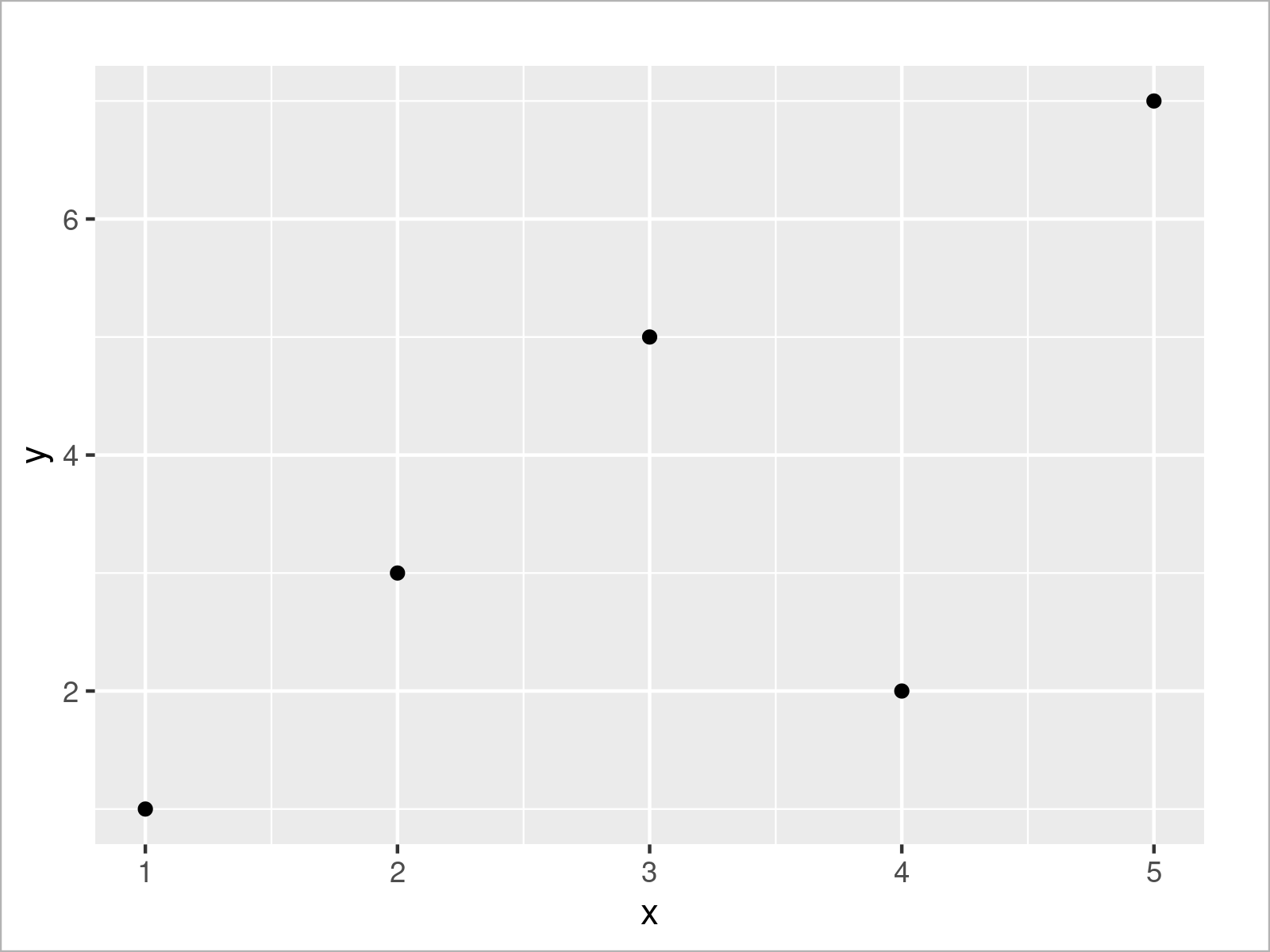 In the next step, we can add a main title without expressions to our plot: 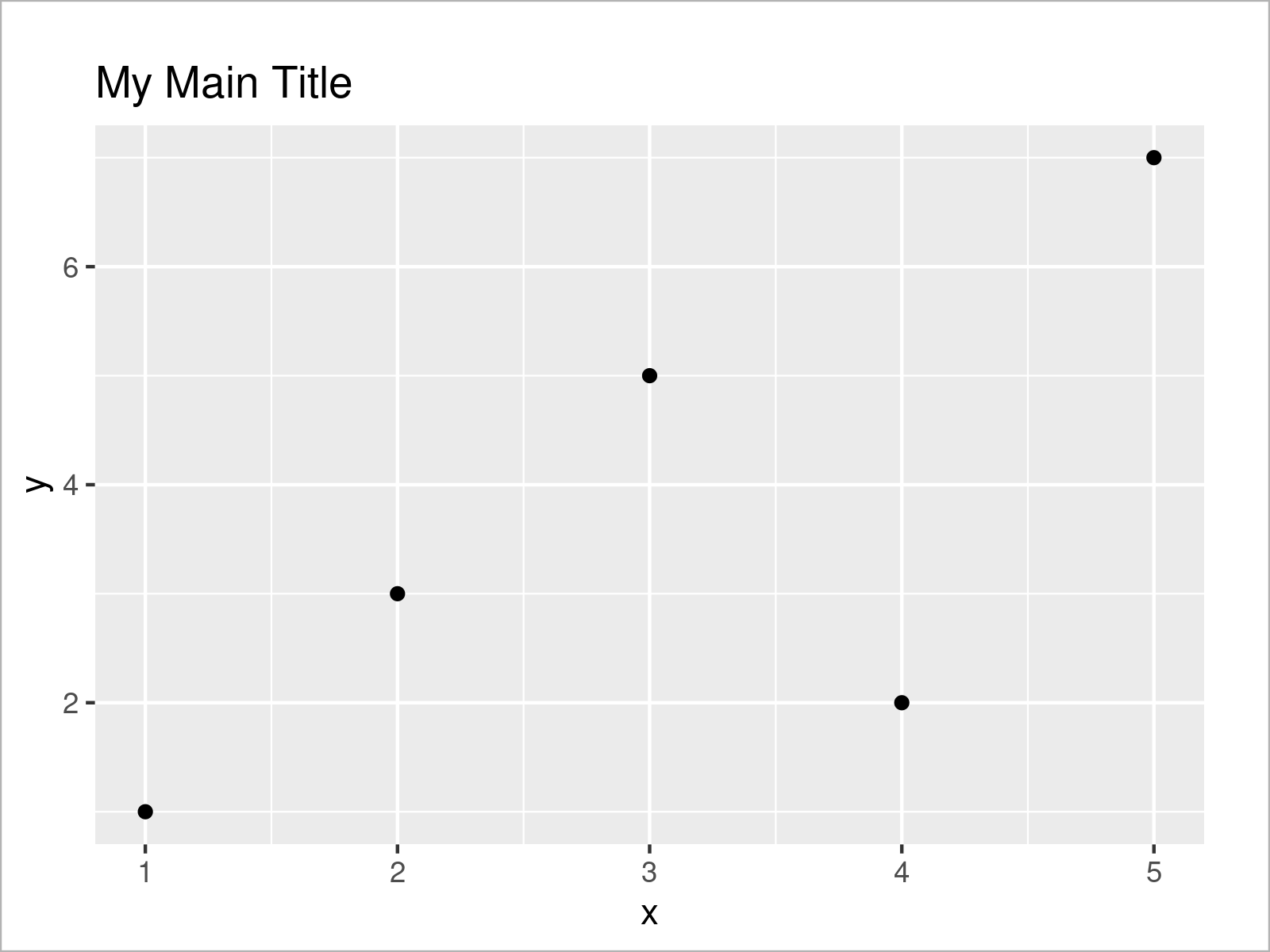 If we want to combine string and expression elements, we can use the expression() function once again: 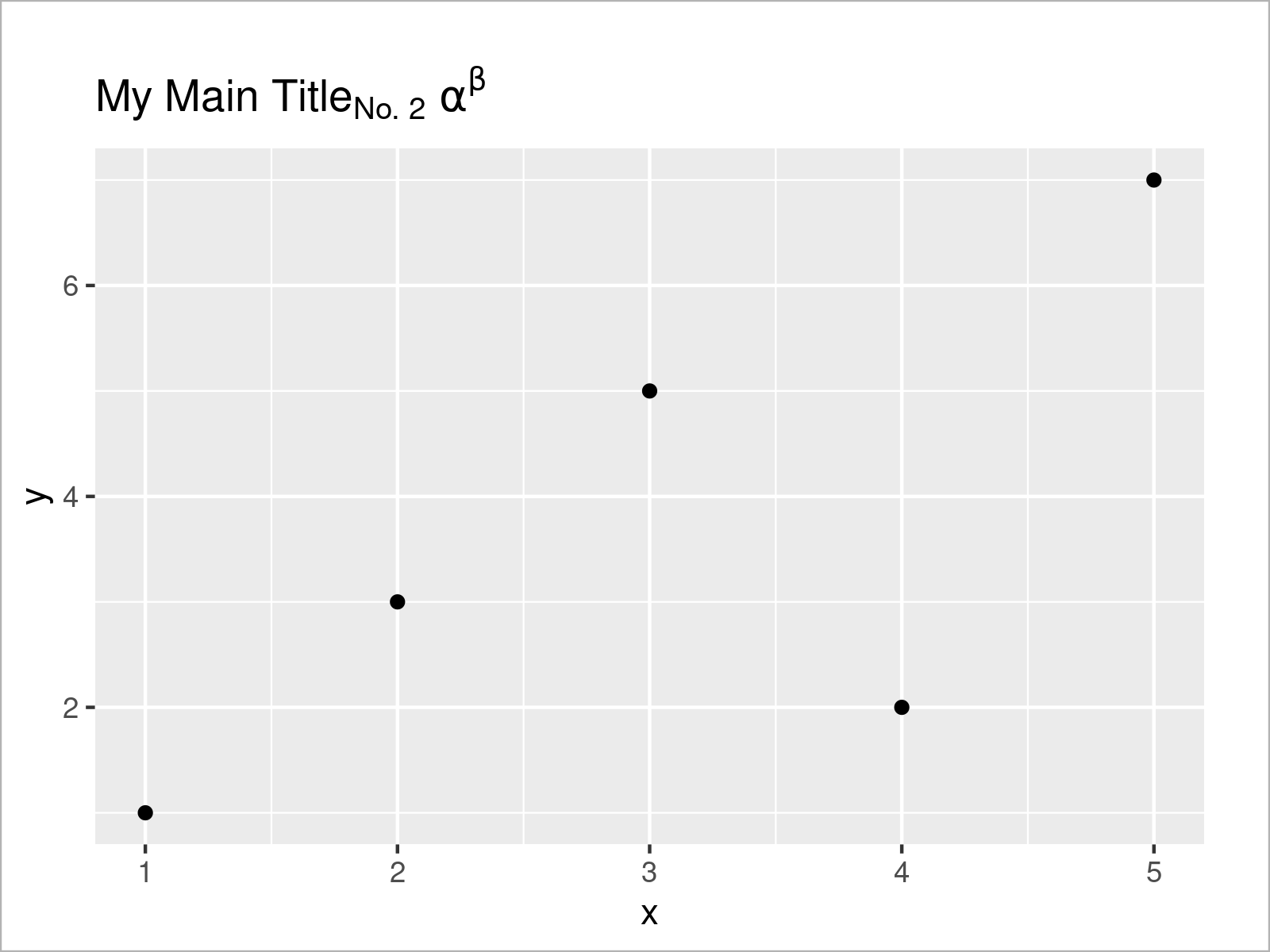 In Figure 5 it is shown that we have plotted a ggplot2 scatterplot with subscripts, superscripts, and Greek symbols.

We may add such text and expression elements to other parts of our graph as well. The R syntax below shows how to use the annotate function to add a text with expressions inside the plotting area: 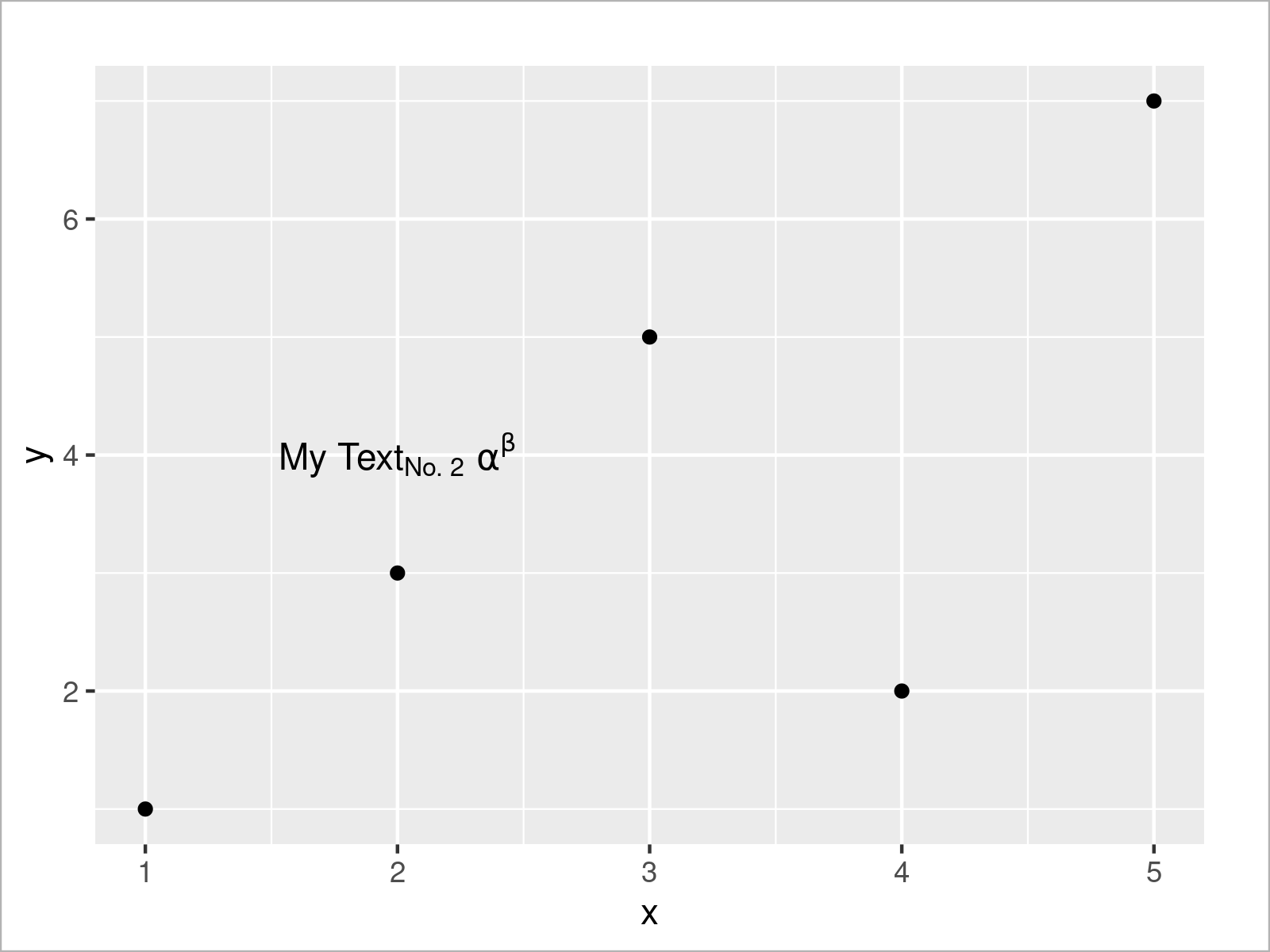 By executing the previous syntax, we have plotted Figure 6, i.e. a a ggplot plot with a text containing expressions.

In case you need more information on the examples of this tutorial, I recommend watching the following video on my YouTube channel. I demonstrate the R programming code of this article in the video:

In addition, you could have a look at the related R tutorials on this website:

In this R tutorial you have learned how to annotate a text label with expressions to a plot. If you have further questions, kindly let me know in the comments below. 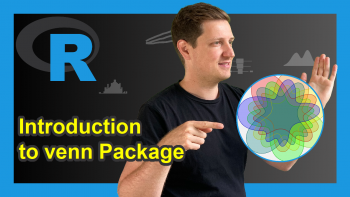 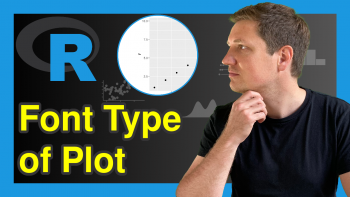