This tutorial explains how to compute the sum of squares (also called sum of squared deviations) in the R programming language.

The previous output of the RStudio console shows that our example data is a numeric vector containing a range from 11 to 20.

The following R programming syntax illustrates how to calculate the sum of squared deviations of a numeric vector in R.

For this task, we can apply the sum and mean functions as shown in the following R code:

The previous output of the RStudio console shows the result: The sum of squares of our input vector is 82.5.

In Example 2, I’ll show an alternative to the mean and sum functions that we have used in Example 1. In this example, we’ll use the var and length functions instead.

As you can see, the RStudio console returns exactly the same result as the code in Example 1. For that reason, the code of Example 2 provides a good way to double-check your results.

In case you need more explanations on the R programming codes of this tutorial, you may want to have a look at the following video on the Statistics Globe YouTube channel. In the video, I’m explaining the R code of this article in a live session:

Furthermore, you may have a look at some of the related articles on statisticsglobe.com. You can find a selection of tutorials below.

In summary: You have learned on this page how to calculate the sum of squared deviations in the R programming language. Let me know in the comments section, in case you have additional questions. 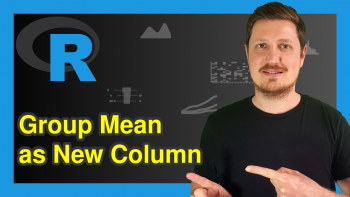 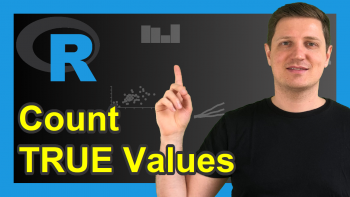