In this R tutorial you’ll learn how to summarize and group daily data into monthly intervals.

The tutorial will contain two examples for the aggregation of daily data. More precisely, the article will consist of this content: 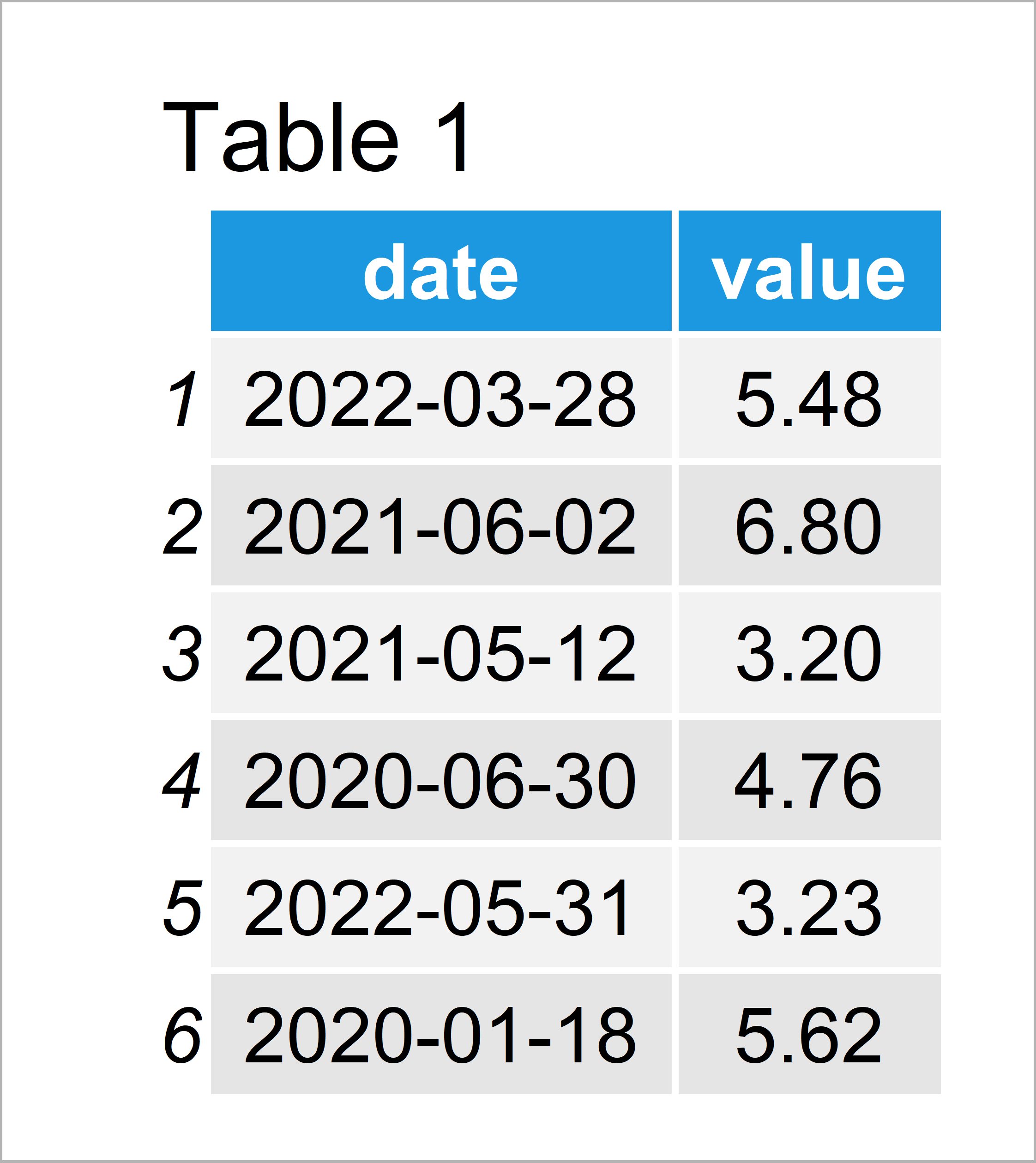 Table 1 shows the structure of our example data: It is composed of 100 data points and two columns. The first variable contains a random sequence of dates and the second variable contains corresponding values.

The following R syntax explains how to use the basic installation of the R programming language to combine our daily data to monthly data.

First, we have to add a year and a month column to our data frame: 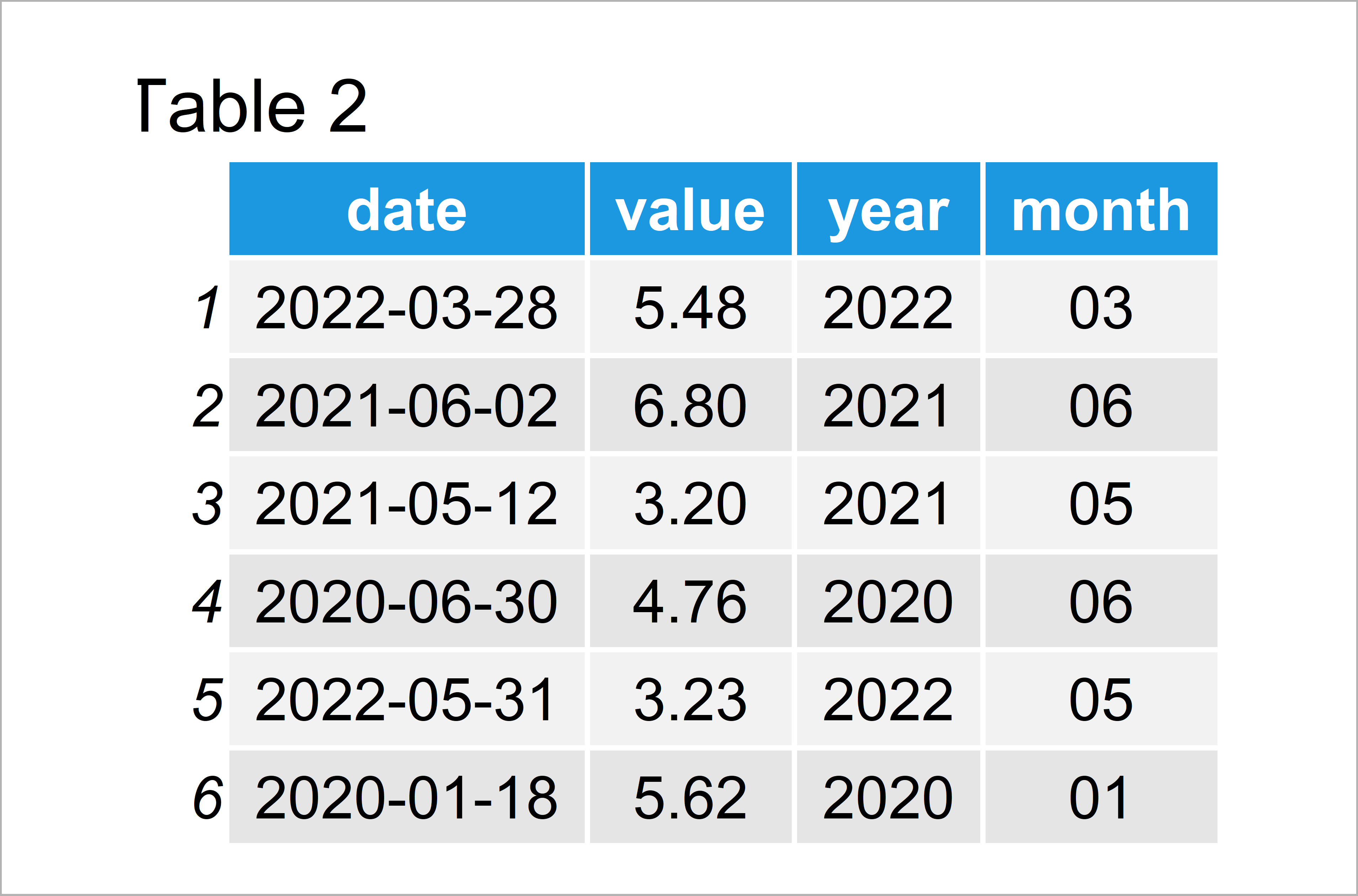 Table 2 shows the output of the previous R programming syntax: We have created a new data frame containing separate year and month columns.

In the next step, we can apply the aggregate function to convert our daily data to monthly data: 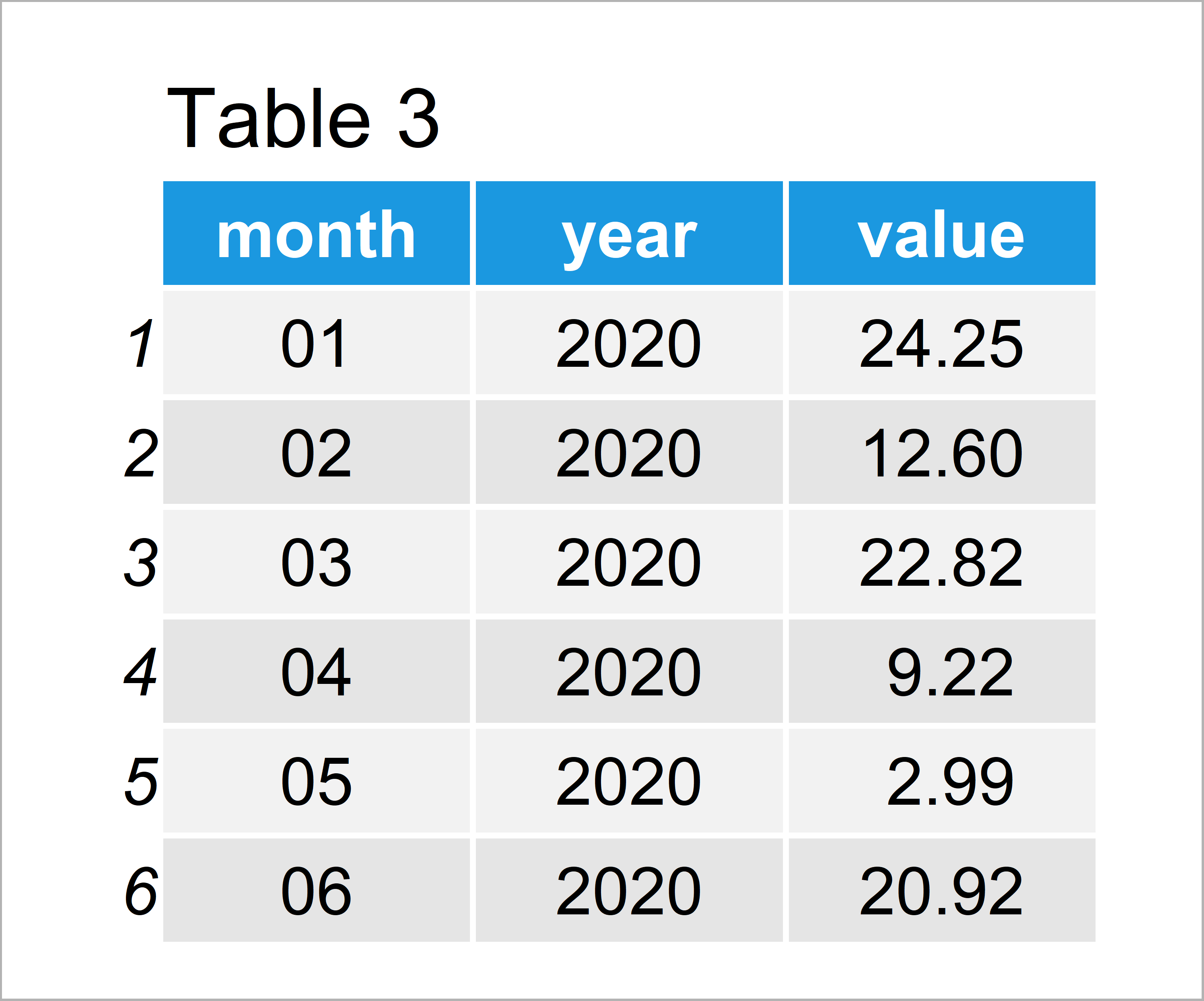 Table 3 illustrates the output of the previous R syntax: An aggregated version of our data frame.

In this case, we have used the sum function to get the sum of all values within each month. However, you may also use other functions such as mean or median to summarize our data.

Example 2 illustrates how to use the functions of the tidyverse environment to switch from daily to monthly/yearly data.

First, we need to install and load the lubridate package:

Now, we can use the floor_date function to add a year/month column to our data frame: 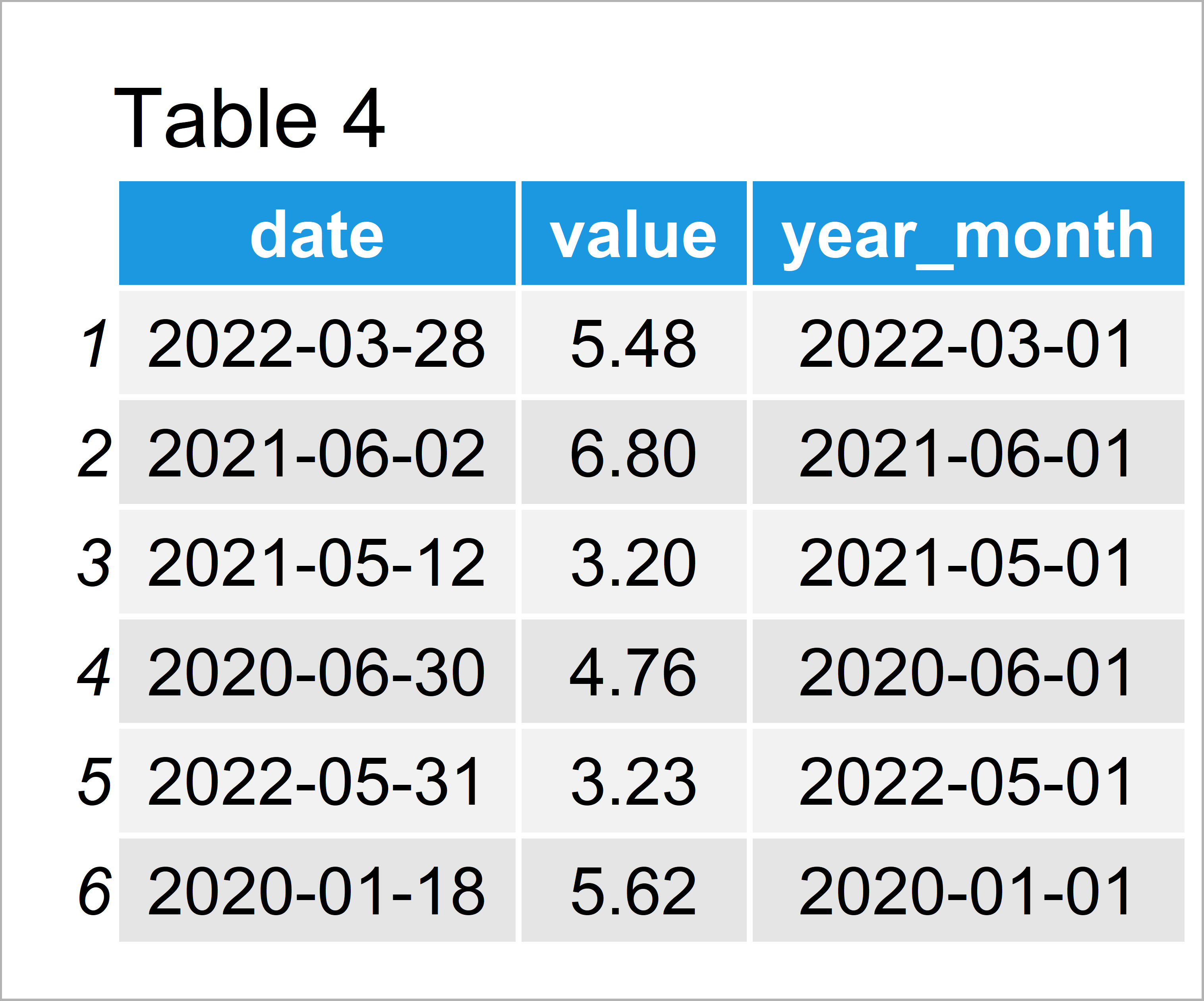 Next, we have to install and load the dplyr package to R:

Now, we can use the group_by and summarize functions of the dplyr package to aggregate our data. 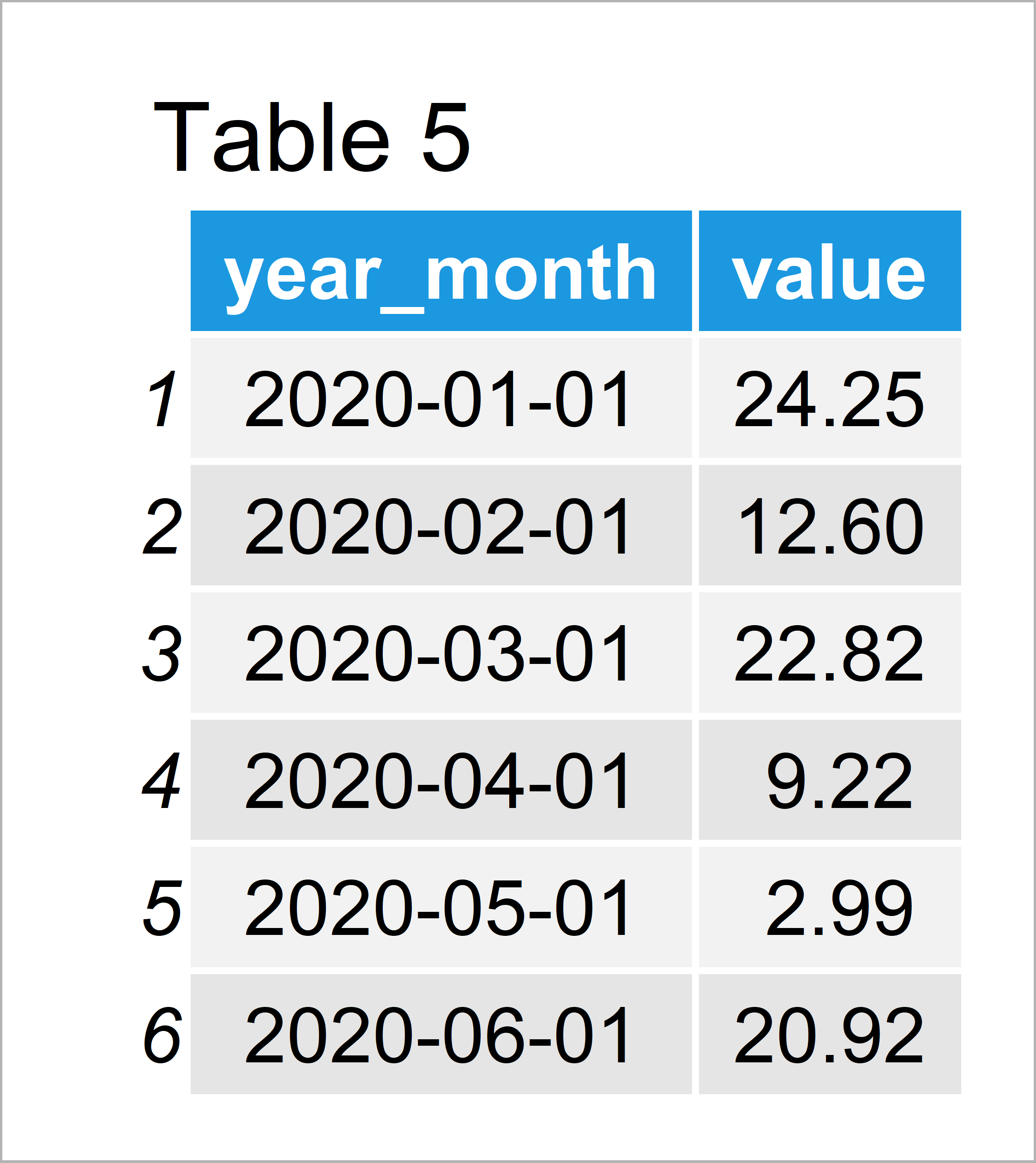 In Table 5 it is shown that we have created an aggregated data frame by running the previous R programming syntax.

The data shown in Table 5 is exactly the same as in Table 3. Whether you want to use the functions of Base R or the tidyverse environment is a matter of taste.

Some time ago I have published a video on my YouTube channel, which shows the R syntax of this tutorial. Please find the video below:

You have learned in this tutorial how to aggregate time series data from daily to monthly/yearly in the R programming language. If you have additional questions, let me know in the comments below. Furthermore, please subscribe to my email newsletter in order to receive regular updates on new tutorials.

Assign Value to Elements in Certain Range in R (Example)