This article illustrates how to write formulas containing many variables in a less time-consuming way in the R programming language.

As a first step, we have to define some data that we can use in the examples below:

Table 1 shows the structure of our example data: It has six numeric columns, whereby the variables x1-x5 will be used as predictors for the target variable y.

This example illustrates how to estimate a linear regression model by specifying each predictor variable manually (i.e. the “traditional” way).

For this, we can specify each predictor variable separated by a + sign within the lm() function:

The previous output of the RStudio console shows the summary statistics we have estimated with our linear regression model.

As you can see, we have used all variables as predictors (i.e. x1-x5). However, the previous R code can get very inefficient once the size of our data frame increases.

In the following examples, I’ll therefore explain how to specify a model formula more efficiently!

Example 2: Specify All Variables of Data Frame as Predictors

In this example, I’ll explain how to use all variables as predictors with a simple dot (i.e. .). Have a look at the following R code and its output:

The previous output is exactly the same as in Example 1. However, this time we have used a dot instead of defining all variables manually.

This works because the R programming language automatically uses all variables of a data frame as predictors a dot is specified within a formula.

This example shows how to remove particular variables from our regression model using a dot and a – sign.

Consider the following R syntax. As you can see, we are using a dot (as in the previous example) and in addition we specify – x2.

Let’s execute this code and let’s have a look at its output:

As you can see, the – x2 has removed the variable x2 from our list of independent variables.

In Example 4, I’ll explain how to apply the as.formula and paste functions to specify a formula outside the lm function.

The previous syntax created a formula object specifying that we want to use all variables but x1 as predictors.

Now, we can use this formula object within the lm function as shown below:

The following R code shows how to apply the as.formula function to create a formula based on the data frame indices of our columns.

Let’s assume that we want to create a formula containing the second, fourth, and fifth variables of our data frame as predictors:

As you can see, the previous R code has created another formula object.

Let’s use this formula to estimate some descriptive statistics:

Do you want to learn more about regression models in R? Then you could watch the following video of my YouTube channel. In the video, I’m explaining the R programming code of this article in the R programming language.

Besides the video, you may want to read the other articles on this website:

Summary: At this point of the article you should know how to succinctly write a formula using a vector of all column names in a character string as reference variables in R programming. The approaches shown in the present tutorial ranged from very basic specifications up to more complex and automatic model specifications that can be used in more complex settings such as for-loops or user-defined functions. Let me know in the comments, in case you have additional comments and/or questions. 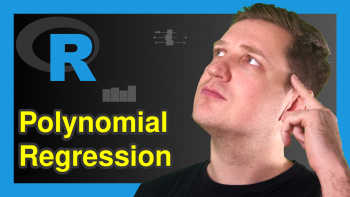 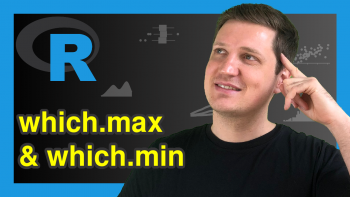