In this article you’ll learn how to pull out the F-Statistic, the number of predictor variables and categories, as well as the degrees of freedom from a linear regression model in R.

The previous output of the RStudio console shows the structure of our example data: It consists of one outcome variable (i.e. y) and five predictor variables (i.e. x1-x5). All variables are numeric.

Now, we can estimate a linear regression model using the summary and lm functions in R:

The output is relatively complex. For that reason, it might be useful to pull out certain values of the output. The following examples show how to extract F-statistic, number of predictors, and degrees of freedom from our regression summary.

The following R code shows how to extract the F-statistic of our linear regression analysis.

The following syntax explains how to pull out the number of independent variables and categories (i.e. numdf) from our lm() output.

We have used five predictor columns in our analysis.

This Example shows how to identify the degrees of freedom (DF or dendf) of our linear regression model.

Our linear regression model has 494 degrees of freedom.

In addition, I can recommend to read the related articles of https://statisticsglobe.com/:

In summary: In this tutorial, I illustrated how to extract F-statistic and degrees of freedom from a model in the R programming language. If you have any additional questions and/or comments, don’t hesitate to let me know in the comments. 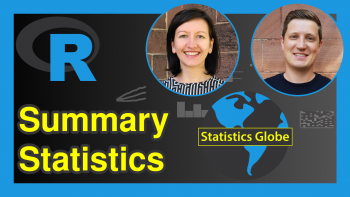 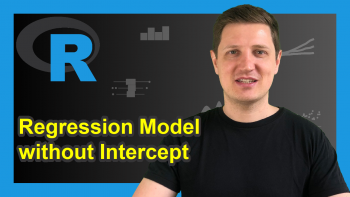