In this tutorial you’ll learn how to generate a sequence of numbers using the seq function in the R programming language.

Basic R Syntax: You can find the basic R programming syntax of the seq function below.

In the following, I’ll show five examples for the application of the seq function in R programming.

The following code illustrates how to apply the seq function in its most minimalistic way:

In this Section, I’ll show how to modify the starting point of our sequence using the from argument of the seq function.

Example 3: Generating Sequence from X to Y by Certain Value

In this Example, I’ll explain how to create a sequence with an increment unequal to 1. For this, we have to specify a third value within the seq function (i.e. the by argument):

The previous R code generated a sequence with increment 0.33.

Example 4: Generating Sequence from X to Y with Given Length

In Example 4, I’ll explain how to return a sequence of numeric values with a manually specified length using the length.out argument. In this example, we specify that the length of our vector should be 5:

I have recently published a video on my YouTube channel, which shows the examples of this post. Please find the video below:

In addition to the video, you may want to have a look at some of the other articles of my website. I have released several articles already.

In summary: This article showed how to apply the seq function in the R programming language.

Note that the R programming language provides some primitive alternatives to the seq function, which can be used to improve the speed and efficiency of a code. These functions include seq.int(), seq_along(), and seq_len().

Don’t hesitate to let me know in the comments below, in case you have any additional questions and/or comments. In addition, don’t forget to subscribe to my email newsletter in order to get updates on new articles. 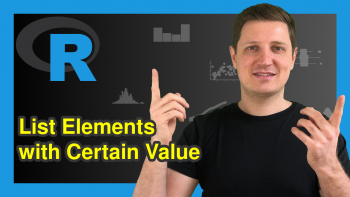 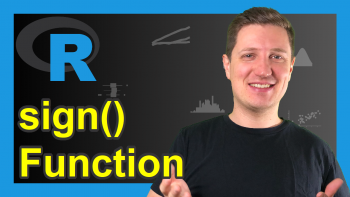