This tutorial illustrates how to select random rows in a data frame in the R programming language.

So without further ado, here’s the step-by-step process.

In the examples of this tutorial, I’ll use the following data frame:

Our data frame contains three columns and five rows. In the following, I’ll show you how to sample some rows of this data frame randomly.

Example 1: Sample Random Rows of Data Frame with Base R

First, let’s set a seed so that we are able to reproduce this example afterwards:

Now, we can draw a random sample of our data frame with the sample R function as follows:

As you can see based on Table 2, our sampled data matrix contains three rows (i.e. two rows were removed).

You can read the previous code as follows:

That’s the solution, which is already provided with the base installation of R (or RStudio). However, some people prefer to use the dplyr package for data manipulation. I’m therefore going to show you next, how to take a subsample based on the dplyr environment.

Before we can extract a subset based on the dplyr environment, we need to install and load the dplyr package in R:

Let’s also set a seed in order to provide reproducibility of our example:

Now, we can apply the sample_n function of the dplyr package to take a sample of our example data frame:

The output is exactly the same as in Example 1, as you can see in your RStudio console by running the previous R code.

I have recently published a video on my YouTube channel, which explains the contents of this tutorial. You can find the video below:

Furthermore, you might want to read the other posts on https://statisticsglobe.com/.

In this R tutorial you learned how to extract rows from a data.frame randomly via simple random sampling. Let me know in the comments, if you have additional comments or questions on the subsetting of data frames. In addition, don’t forget to subscribe to my email newsletter to receive updates on new tutorials. 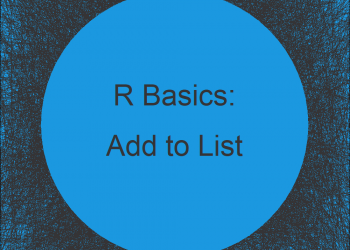