This tutorial shows how to generate dummy variables in the R programming language.

The tutorial will consist of the following content blocks:

So let’s just jump right in…

The previous RStudio console output shows the structure of our example vector. It consists of five character strings that are either “yes” or “no”.

We can now convert this input vector to a numeric dummy indicator using the ifelse function:

Example 2 explains how to create a dummy matrix based on an input vector with multiple values (i.e. a categorical variable). Let’s create another example vector in R:

Our example vector consists of six character strings that are either “yes”, “no”, or “maybe”.

We can convert this vector to a dummy matrix using the model.matrix function as shown below. Note that we are also using the as.data.frame function, since this makes the output a bit prettier and easier to read (in my opinion).

Have a look at the previous output of the RStudio console. Our input vector was converted to a data frame consisting of three dummy indicators that correspond to the three different values of our input vector.

Do you need more info on the R code of this tutorial? Then I can recommend watching the following video of the Statistics Globe YouTube channel. I explain the R programming codes of the present article in the video:

In addition, you might want to have a look at the related articles that I have published on https://www.statisticsglobe.com/:

You learned in this tutorial how to make a dummy in the R programming language – an approach that is often used when building statistical models or for one-hot encoding in case of machine learning applications.

If you have additional questions, please let me know in the comments. In addition, don’t forget to subscribe to my email newsletter for updates on new tutorials. 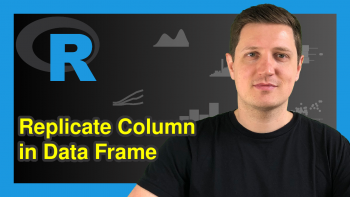 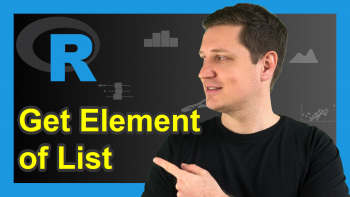