In this post, I’ll explain how to estimate a polynomial regression model in the R programming language.

Our example data consists of two numeric vectors x and y. We’ll use y as target variable and x as predictor variable.

This example illustrates how to perform a polynomial regression analysis by coding the polynomials manually.

For this, we can use the lm() and I() functions as shown below:

As you can see based on the previous output of the RStudio console, we have fitted a regression model with fourth order polynomial.

Depending on the order of your polynomial regression model, it might be inefficient to program each polynomial manually (as shown in Example 1).

To make our code more efficient, we can use the poly function provided by the basic installation of the R programming language:

Note that we have specified the raw argument within the poly function to be equal to TRUE. By doing this, we have ensured that the result is the same as in Example 1.

Does this make sense? I’ll explain in the next example…

Both, the manual coding (Example 1) and the application of the poly function with raw = TRUE (Example 2) use raw polynomials.

However, depending on your situation you might prefer to use orthogonal (i.e. uncorrelated) polynomials.

As you can see, the coefficients of our previous polynomial regression model are different compared to Examples 1 and 2, because this time we used orthogonal polynomials.

Do you need further explanations on the R programming syntax of this article? Then you could watch the following video of my YouTube channel. I’m illustrating the topics of this tutorial in the video.

In addition, you could read the related posts on my homepage.

In summary: At this point you should have learned how to fit polynomial regression models in the R programming language. Let me know in the comments section, in case you have additional questions or comments. 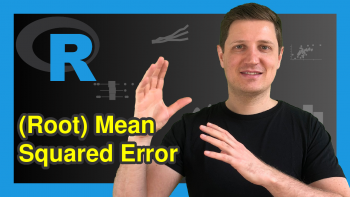 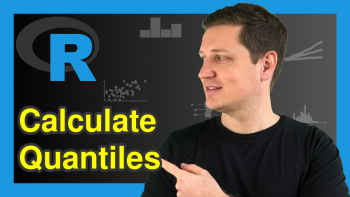