This article explains how to extract specific columns of a data set in the R programming language.

I will show you four programming alternatives for the selection of data frame columns. More precisely, the tutorial will contain the following contents:

In the examples of this tutorial, I’m going to use the following data frame:

In the following, I’m going to show you how to select certain columns from this data frame. I will show you four different alternatives, which will lead to the same output. It depends on your personal preferences, which of the alternatives suits you best.

The most common way to select some columns of a data frame is the specification of a character vector containing the names of the columns to extract. Consider the following R code:

That’s basically it. However, depending on your personal preferences and your specific data situation, you might prefer one of the other alternatives. So keep on reading…

A similar approach to Example one is the subsetting by the position of the columns. Consider the following R code:

Similar to Example 1, we use square brackets and a vector behind the comma to select certain columns.

However, this time we are using a numeric vector, whereby each element of the vector stands for the position of the column.

The first column of our example data is called x1 and the column at the third position is called x3. For that reason, the previous R syntax would extract the columns x1 and x3 from our data set.

The output of the previous R syntax is the same as in Example 1 and 2.

Many people like to use the tidyverse environment instead of base R, when it comes to data manipulation. A very popular package of the tidyverse, which also provides functions for the selection of certain columns, is the dplyr package. We can install and load the package as follows:

Now, we can use the %>% operator and the select function to subset our data set:

Again, the same output as in the previous examples. It’s up to you to decide, which option you like the most.

There was a lot of content in this tutorial. However, if you need more explanations on the different approaches and functions, you could have a look at the following video of my YouTube channel. In the video, I’m explaining the examples of this tutorial in more detail:

In addition, you could have a look at the other R tutorials of my homepage. You can find some interesting tutorials for the manipulation of data sets in R below:

In this tutorial you have learned how to extract specific columns of a data frame in the R programming language. I have shown in multiple examples how to create subsets of consecutive and non-consecutive variables. If you have comments or questions, please let me know in the comments section below. 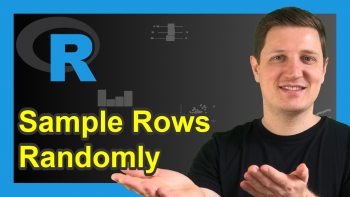 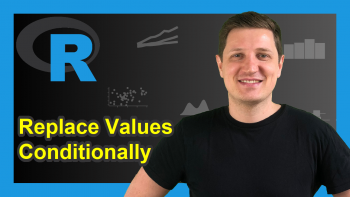